Question on creating a spiral

I saw that using the Add Curve: Extra Objects add-on, it's easy to make a spiral curve, but I also wanted to try to make one "from scratch."

I tried using the screw modifier on a single vertex, but nothing rendered.

I then created a line and also (by accident) an unattached vertex, and then applied the screw modifier. This time, voila!, it worked, giving me both a spiral screw (with a two-dimensional surface) in the middle, and also a one-dimensional spiral curve (mesh) on the outside. I then deleted the screw in the middle, leaving me with the outer one-dimensional spiral curve (mesh), which was what I wanted. Finally, I converted the mesh to a curve. 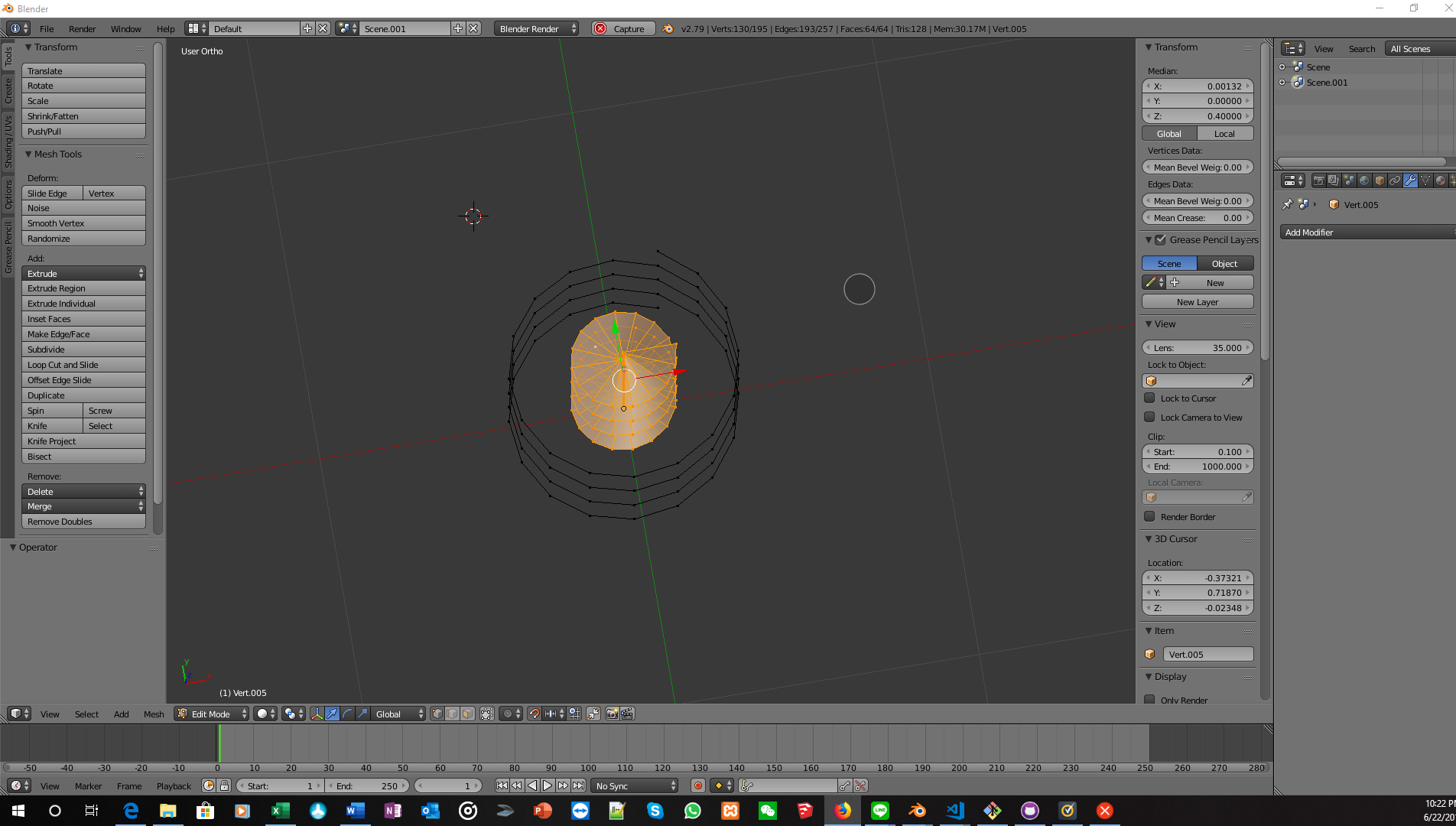 The only thing is, this all seems a bit clumsy to me to have to create the extra object and then delete it, so I'm wondering is there any way using the screw modifier to create a one-dimensional spiral curve (mesh) by itself, without creating the two dimensional screw as well?

That's true.. the Screw modifier doesn't seem to know how to display itself in Edit Mode, unless there are faces to display.

The screw of a single Mesh vertex is there, if viewed in Object Mode.. and if the modifier is applied, a valid spiral of edges results. (Not so for a single Curve point, where the modifier can't be applied in any case)

If you need to be able to see a screwed single vertex in Edit Mode, a get-around is to make a small E extrusion from it while editing, and delete it when no longer needed.

This does seem anomalous behavior.. but then, so many settings in the modifier deal with faces.. perhaps this case was overlooked, or considered too awkward?

Not the answer you're looking for? Browse other questions tagged mesh screw-modifier or ask your own question.

4
How to get an “extrude” modifier
8
How can I make a coil with relief (volute)?
1
Can't get Auto Smooth to work on extruded spiral
1
Screw modifier not following spiral curve
1
How do I keep the curve round when setting the threads farther apart?
0
Solid not smooth using screw modifier
1
What causes the screw modifier to fail and create black 2d slice from a bezier curve?
4
Screw modifier creating extra faces
5
How to make a spiral lollipop?