How to leave identical ammount of space between each CTRL+R Cut? AND why can I only do 1 cut? [duplicate]

Ask Question
Asked 1 year, 4 months ago
Active 1 year, 3 months ago
Viewed 51 times
0
$\begingroup$
This question already has answers here:
why does loop-cut-and-slide ignore some faces but not others? (3 answers)
Loop-cut won't go all the way around (1 answer)
Closed last year. 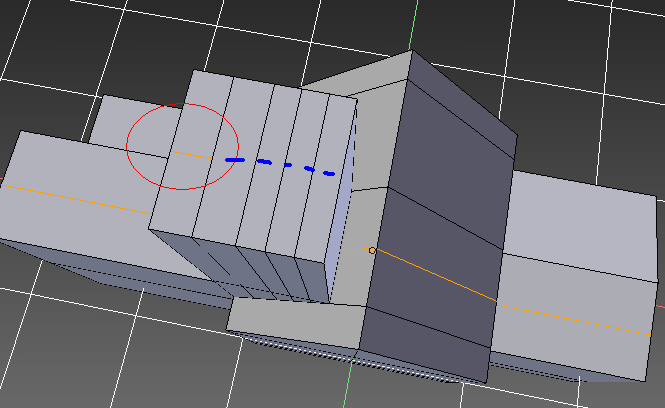 Scrolling doesn't fix it, as it only adds more cuts on the vertical face, instead of continuing a horizontal cut: 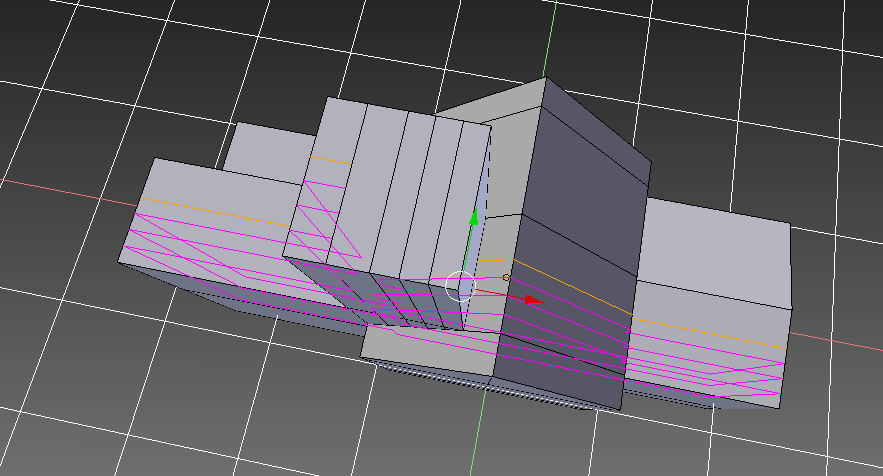 When you use Alt R to make a loop cut you get that purple loop of edges - then you click once and there will be an actual cut where the purple guides were. If you move the mouse you'll slide that loop and it will stay where it is once you click again.

If you want several evenly spaced loops you need to hold the mouse still between the two clicks, then change the number where it says Number of Cuts in the tool panel near the bottom. 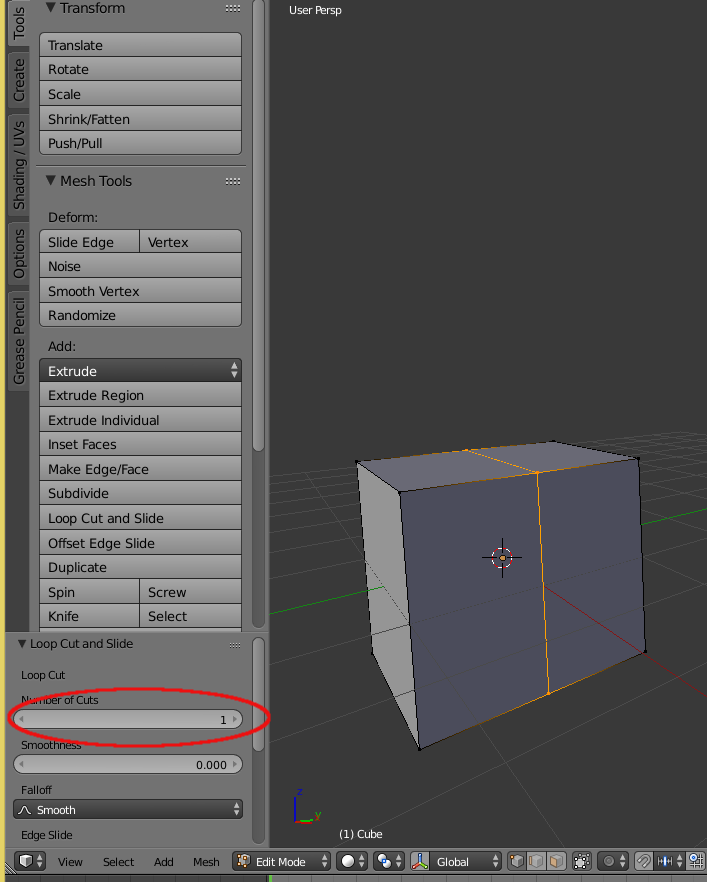 Edit 2: Remove edge loops by being in Edit mode, Edges, and right click, while holding down Alt, on an edge that runs in the direction of your edge loop - that will select the loop. Then press Delete and choose Dissolve Edges.

Vertices are points in space with XYZ coordinates - for example, in the middle of the world the vertex would be 0,0,0. There is a vertex at both ends of an Edge- they define where the edge starts and ends. There are many things you can accidentally do that will duplicate Edges and Vertices - there are lots of shortcuts that you can accidentally press which do all sorts of things.

To find these double edges or vertices, press A until nothing is selected, then you can use Border select - press B and drag a square around the suspected edge or vertex. Right up the top of the screen it shows details about the geometry including how many edges or vertices are selected - if you only see one, but it says at the top that 2 are selected, you know you have a double one (or triple one). Reading the manual from the beginning helps get an understanding of all this.

About the last question, if you make one Alt R cut it will make it exactly in the middle between the other loops UNLESS you move the mouse between two clicks, in which case it will slide. If you finish that action and make a new loop it will again be half way between two loops. If you want to evenly divide a face with many cuts, delete the ones that are there and start again - click twice so you don't slide, then immediately enter a number in the Number of Cuts field.

Not the answer you're looking for? Browse other questions tagged modeling mesh faces or ask your own question.

16
why does loop-cut-and-slide ignore some faces but not others?
11
Loop-cut won't go all the way around

4
How to extrude and leave the original in place?
3
Why is Loop Cut and Slide not in the CTRL+E/F menu?
1
How do you fill in a space between two objects and leave the middle open?
4
how do you reduce the space between cuts when you use 'loop cut and slide'?
2
How can I remove these “steps” between faces from the mesh?
1
How to create face between plane and cylinder objects?
0
How can I smooth or add loop cut without putting it between faces one by one?
1
Two faces inside of each other sharing same 4 vertices, why and how to fix?
2
Strategy for creating this model in Blender from scratch