Basic question: how to use Transform Median? 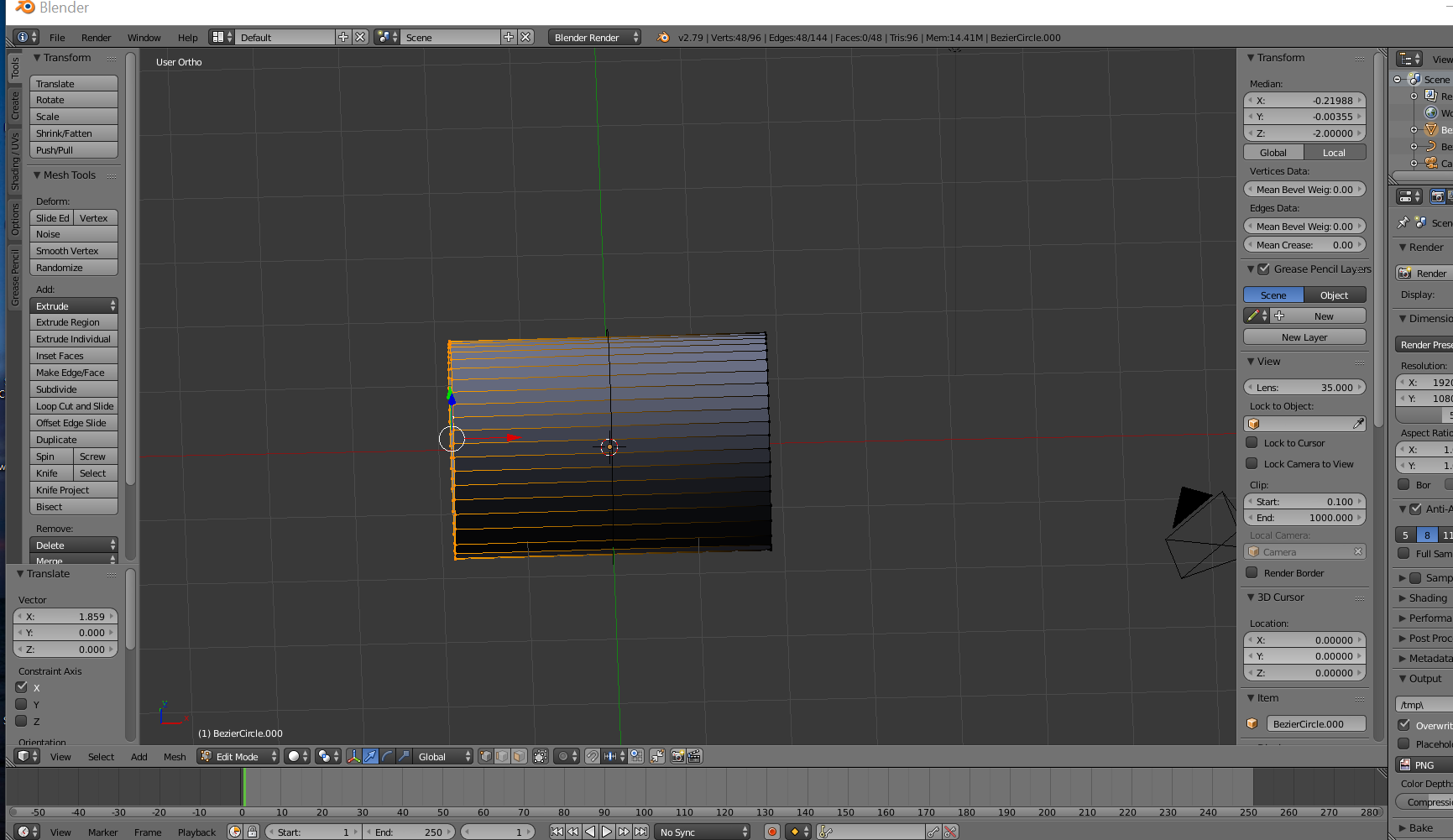 Why doesn't specifying a position of -2 move the edge to the grid line, and how do I achieve this? I can't turn on snapping/increment because it moves 1 unit from where it is, not to the nearest 1 unit grid line.

In 2.79, typing GZ2 will move your selection by 2 units in the Z of world space, GZZ2, in the Transform Orientation set in the header. Adjustments to the operation can be made in the Tool Region, bottom left in your screen grab.

If the Median location in the top right is set to 'Global' then any entry you make in the X.Y and Z fields will move the median point of your selection to that point in World space, while leaving the relative positions of the elements to each other the same as they were.

If the Median location is set to 'Local' then the coordinates displayed are in the space of the object to which the elements belong: scaled, rotated, and measured from the object's origin. Once again, modifications are absolute, in the object's coordinate system. Mostly, that's very intuitive, but if the object (rather than its mesh) has been scaled at some point, then so have its local coordinates.

If an object has been scaled by 2 in Z, then setting the local median Z of a selection to 1 will send the selection to 2 units away from the object's origin in its local Z.

Try applying the scale of your cylinder.