I was trying new Collections feature in Blender 2.8 and somehow can't get consistent understanding what do outline colors of selected objects mean.

Here is my scene setup:

Now when I select "pure" assets, everything is clear: active object is highlighted in light orange, co-selected objects - in dark orange. 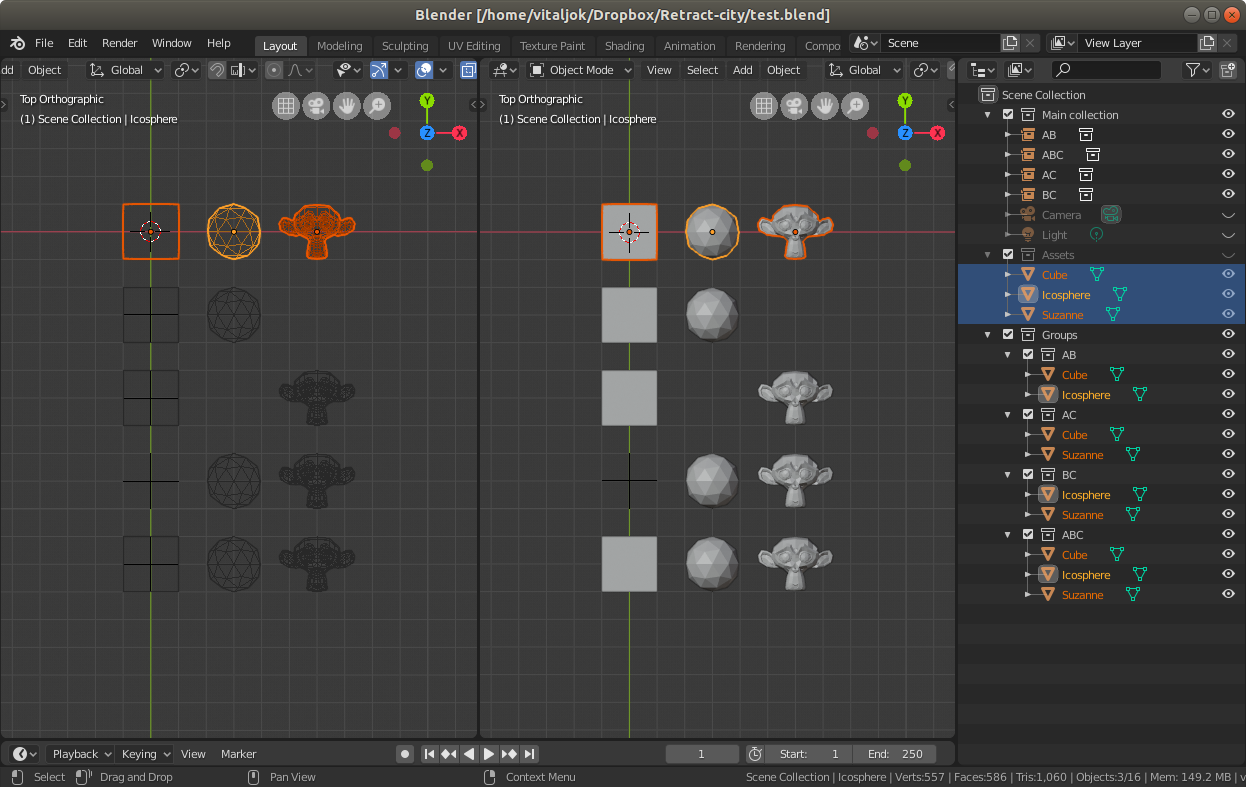 But when I select group instances, interesting things happen.

For the first group (AB) it highlights instance position "dummy" and the objects themselves (which is quite logical). Strange that it also highlights objects inside other groups, but it might be by design. 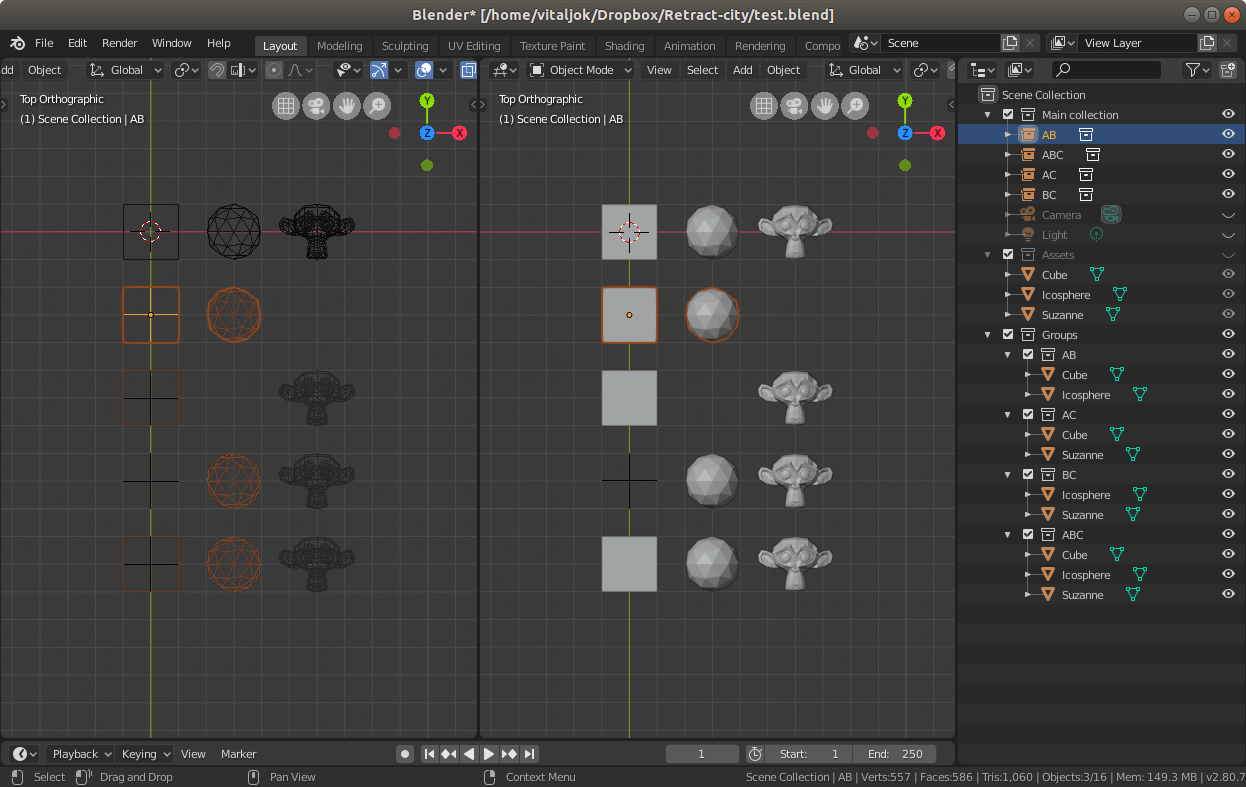 For the second (AC) and third (BC) groups it highlights nothing except position "dummy". 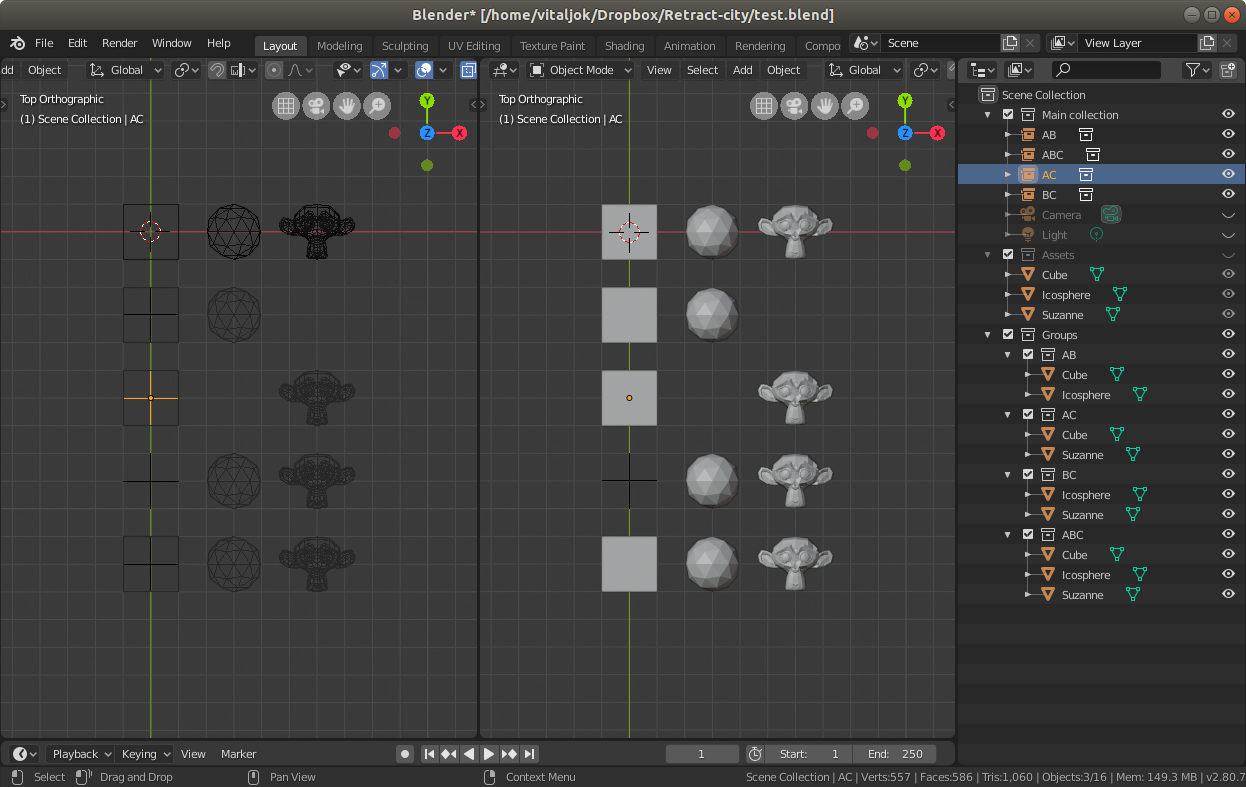 Finally for the fourth group (ABC) it highlights position and only Suzanne. 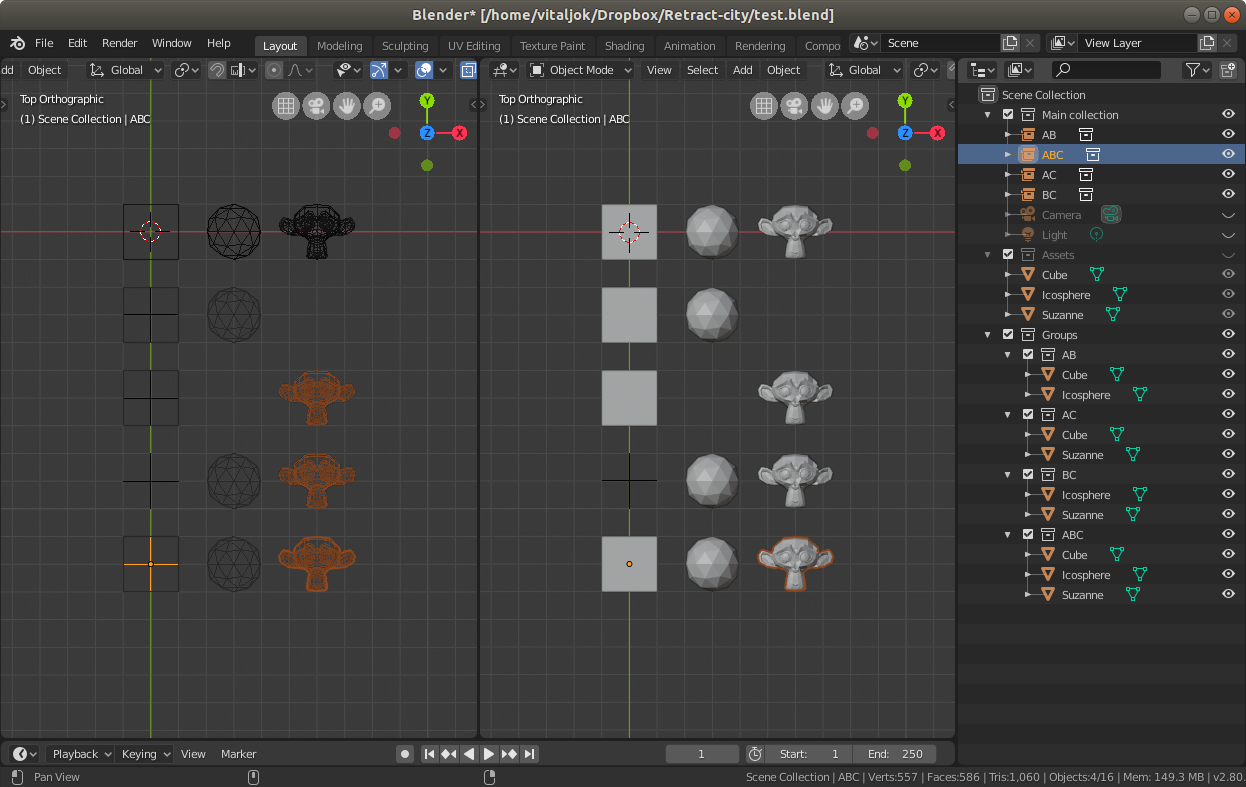 Also you can notice that highlights in wireframe and solid modes also differ.

Could you, please, clarify what is the logic behind such highlighting.

Browse other questions tagged 3d-view color collections select or ask your own question.