I'd like to be rendering a scene in which the camera is behind a plane of glass looking at a background scene (a PNG image I provide), and there's rain on the plane of glass. This is what my scene looks like currently: 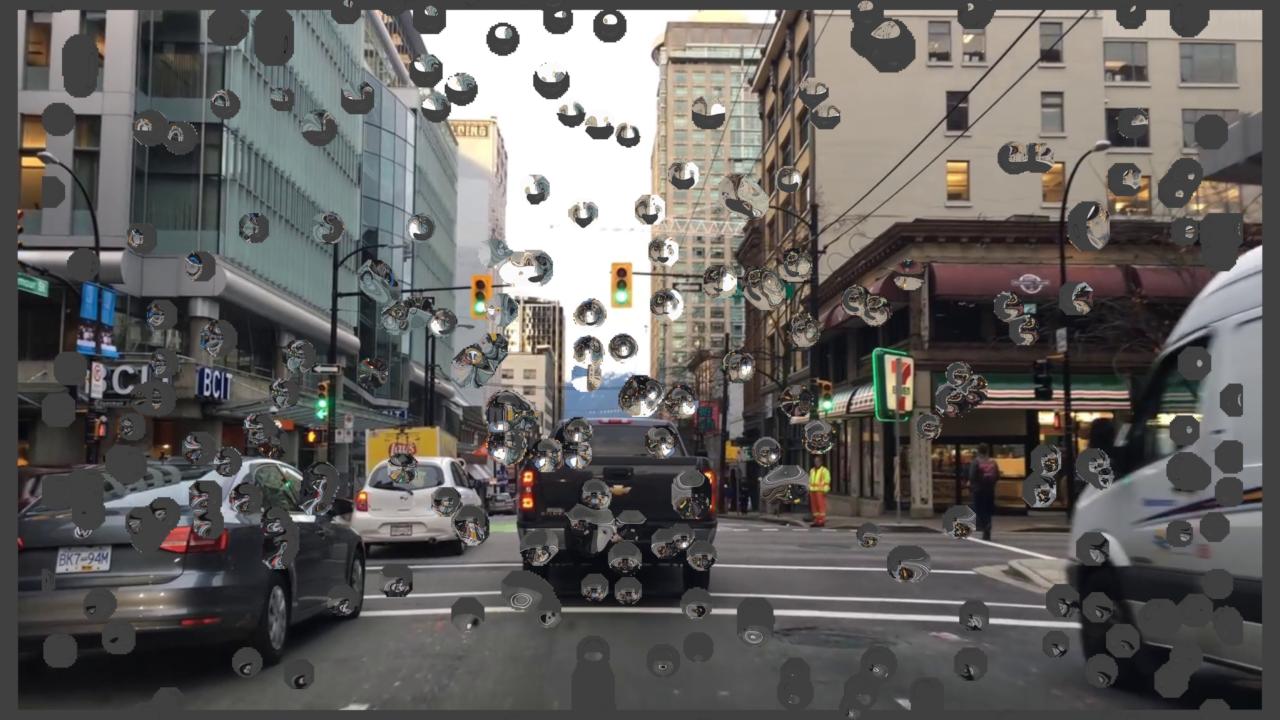 Is it possible to use an image like this to create a "wrapped" background, where the whole scene is this 3D background image (instead of just on a plane in front of the camera)?

Use your image as Environment texture for the world.

Instead of color you can choose a texture. Select Environment.

Then select the image. 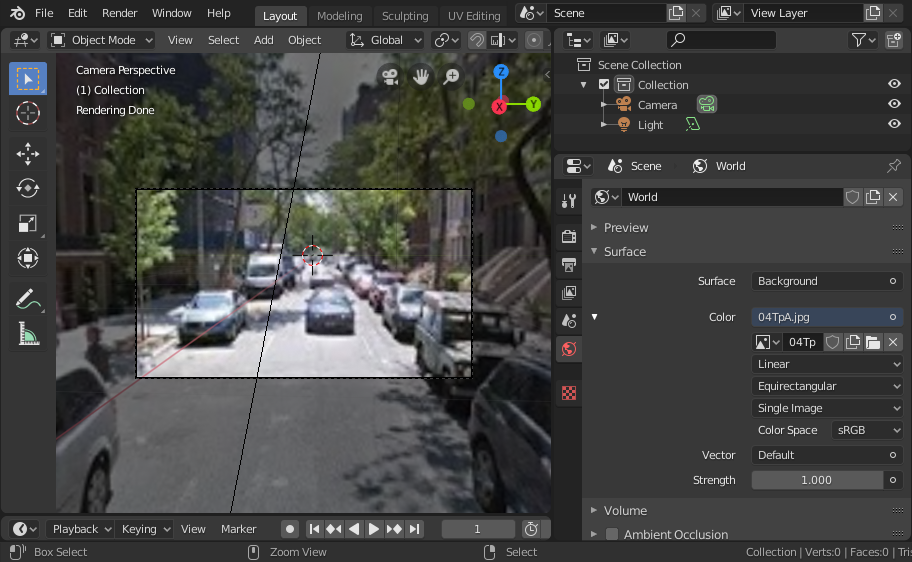 2
Cycles not rendering with background image
4
What does the “Camera Clip” checkbox do in the “Background Images”, “Movie Clip” tab do?
3
Background images not showing up at all in persp or ortho view
0
Only part of the scene renders
1
Blender 2.8: Camera Lens Shift and Background Images Offset
1
all Photoshop generated images (PNG, JPG, TIFF, PSD) show all black when loaded in Blender 2.8 as reference images
0
How to render transparent background for png image texture with eevee?
0
Distorted background by models