How do you animate objects coming out of objects realistically?

I want to create some kind of monster, for a short animation.
The creature should have a long claw hidden in its arm, that comes out when needed, a little like Wolverine.
Modelling isn't the problem, it's a simple, four legged beast, there are no feet, the legs just end more or less plane, protected by armour plating that moves out of the way before the claw extends, so the claw just has to exit through a more or less plane end of the arm. The claw should probably be a separate object, extended by a bone
Now here's my problem
I want the arm to give way for the claw. The claw shouldn't move through the arm object without anything happening, it pierce through the object and shove I aside, like it would in reality.
But I can't figure out how to do that. I tried a rigid body, but the claw just pushed it forward.
Is this even possible?

A softbody could do it. Now I'm far from a specialist in all the softbody knobs, but here is a collision object going through a low poly softbody. Would be better with higher poly I guess and by having the whole basis more rigid. 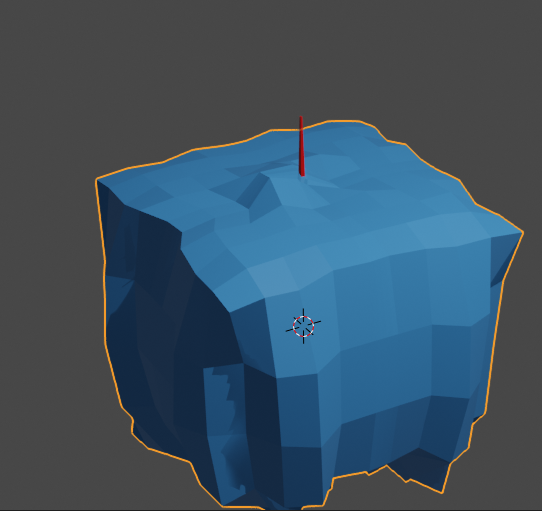 Not the answer you're looking for? Browse other questions tagged modeling animation physics rigid-body-simulation or ask your own question.

4
How do you stop the sliding of rigid body objects?
1
objects not falling realistically
7
Can you animate objects using differential equations?
1
Merging characters body parts with a different edge loop count
0
What physics make an object not pass through another, if it's the “Child Of”?
1
Renders coming out completely white