Keeping array objects straight when duplicated along a 3D twisted curve in Blender 2.8

i have defined a 3d NURBS curve and want many copies of an object to be laid on the the 3D curve, but without any deformation or rotation on the object.

I've tried using a curve + array modifier on the object, but that both rotates and deforms the object.

I've then tried using the above solution and manually adjusting the twist of each of the nodes of the curve, it works when the curve is not too tight, but requires tremendous work and is not a practical solution for the many 300+ control point curves that I am using.

Then I've identified a potential solution (available here) that uses dupliframes, and this works for blender 2.79 but not for 2.80 (beta, as of June/19) 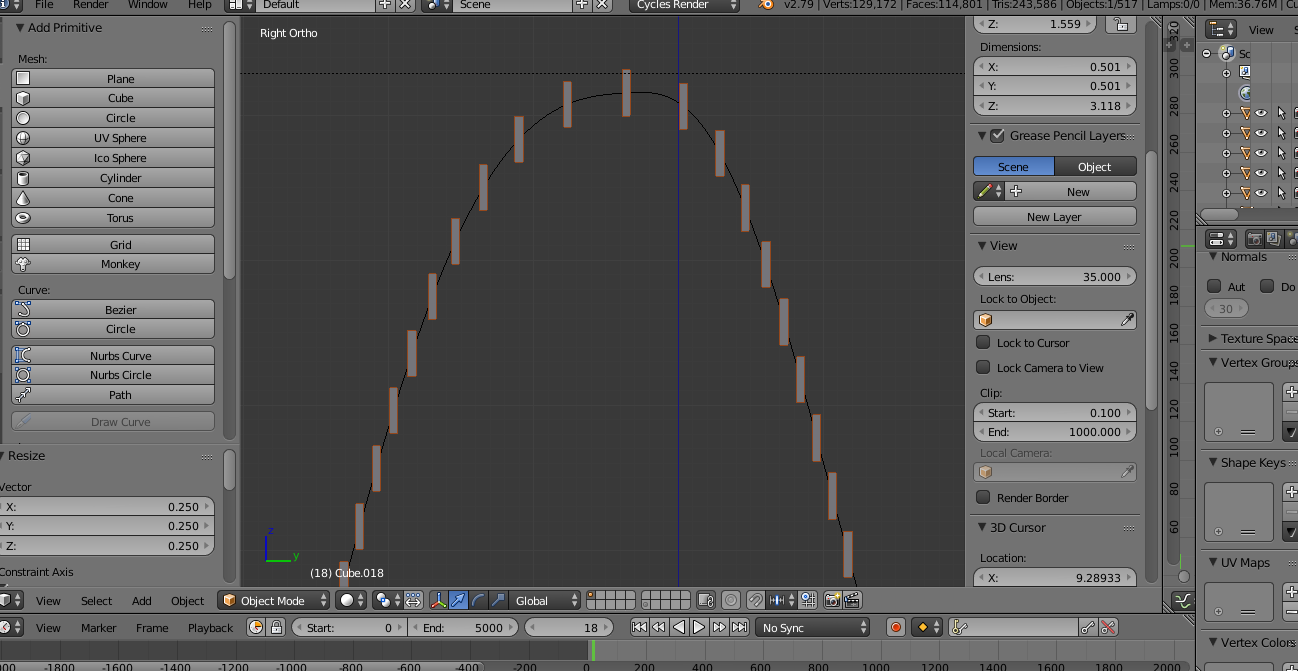 I am now building python code to make this operation, but I am taping on this community to know if there is a faster/easier way for doing this.

The code I wrote to do what I couldn't do through built-in functions is below:

And here is a different approach, to maintain equidistant/even spacing between objects on the curve:

2
Mesh gets deformed when an array of spheres deformed along a curve :(
1
Keeping array objects straight when duplicated along a twisted curve
3
Duplication with rotation only on the Z axis
1
Mesh distorted/stretched out with Array along curve
3
Blender 2.8 Array Circle along plane