I made a rather simple animation using video sequence editor (mostly blinking between two images), but for some reason I cannot render it. When I clicked render animation, all I see in the render result window is the blank "image" and nothing happens. I made the animation in blender 2.8 and I though maybe there is a problem in blender 2.8, but it didn't work (the same file) in blender 2.79 either. This was the second try of the same animation, first rendered fine, but crashed so I had to start over. This is what I get: 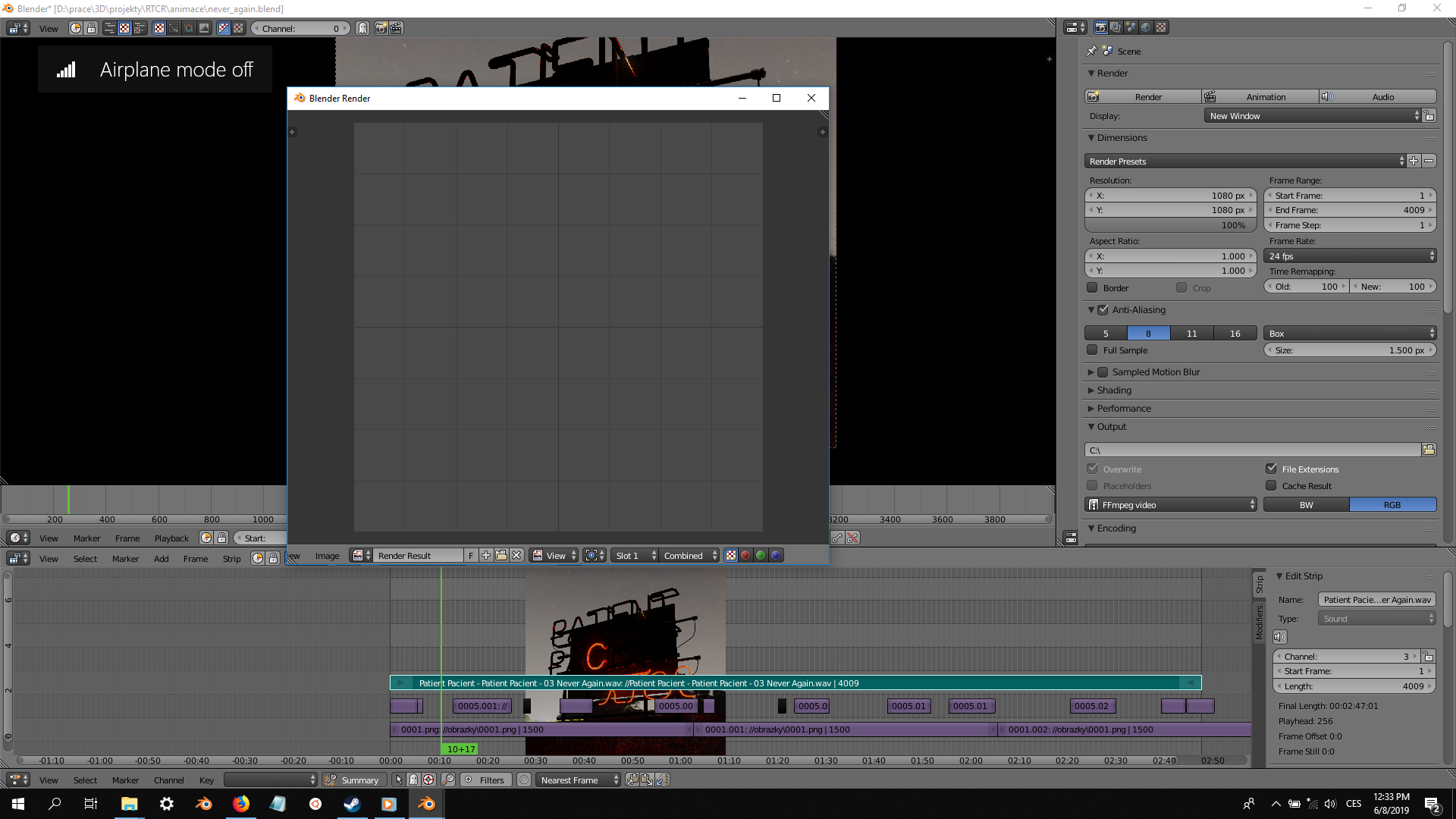 I can render image and get the first image of the video.

Here is the title and ID for a youtube video that explains step by step how to render an animation. He is excellent at explaining things and would do it better than I. Hope it helps.

Title: How to Render Animations in Blender

5
Is it possible to render video sequence animations with network render?
1
blender renders wrong portions of video strips
2
How Do You Re-render a previously rendered animation after using the Video Sequence Editor?
2
Why doesn't Blender render from video editor according to settings?
3
Loop animation of an imported image sequence in the video sequence editor
0
How to render Animation with solid shading?
0
Rendering animation as image sequence doesn't work