Where do these black stripes come from on this texture?

I'm fiddling a bit with SteamVR Workshop to recreate the atic. I've modeled the top of a desk and I wanted to give it proper coloring. So I used a texture. This is the first texture I have ever created, so this might be a noob question. It seems not all colors are in the right spot.

This is the model in blender

This is how the texture is put together 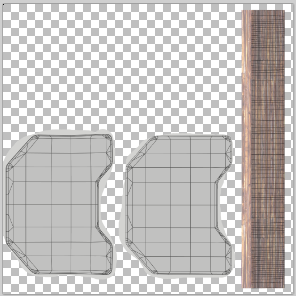 And this is how it is rendered in the VR world 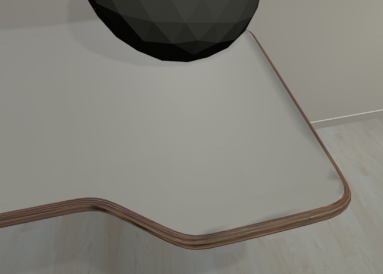 Where could these black faded spots come from?

Or maybe it is not entirely fair to ask it in blender.stackexchange.com, as in blender, all looks fine. But, since I have such little experience with texturing, maybe I did something wrong?

Smooth shading works by interpolating vertex normals, which are, in turn, calculated from the mean normals of the faces to which the vertices belong, unless you split the edges, or manipulate them in some other way.

The stretched triangles close to the beveled edge of your desktop cause the transitions between the face normals over its rounded edge not to be at right-angles to sides of the top ... the 'flow' isn't in the expected direction. (You can switch on the display of normals to have a look)

Nearly always, the first move on on a large flat or continuously curved region, close to a transition, is to inset or bevel the region to isolate the interpolation, and guide it in the right direction... 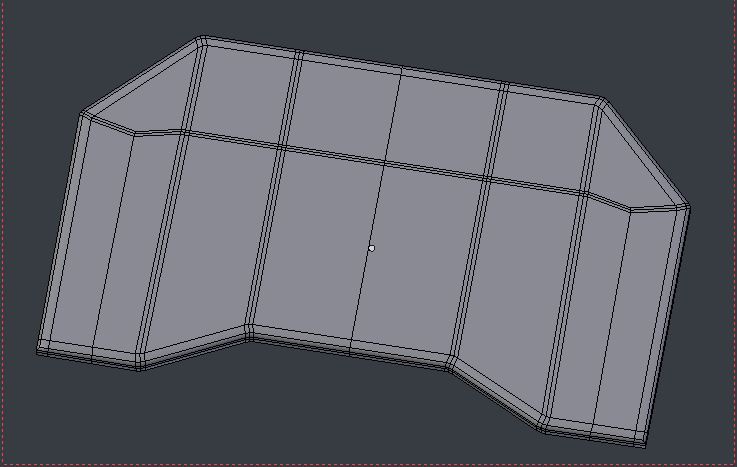 You could take more liberties well inside the large flat region if you needed to, but not close to the rounded edges.

Your mesh seems to be quite rough. Try remeshing the corners where this effect appears (avoid triangles) and then put a subsurf on the object.

Those faded spots appear if smooth shading is applied onto edges with a big angle of the two touching faces.

3
Rendering an animated Normal Map using Orthographic Camera in cycles
1
How do I remove these black pixels from my baked texture?
3
Help figure out where this phantom rust is coming from
1
How to remove this black spots in texture
0
How to add these stripes to my fender?
0
Blender texture painting appearing on the backside
1
Why does this uvmap come out deformed?
0
Image texture on one mesh resets when image texture is chosen for another object