How to create an exact non uniform bevel

Relatively new to Blender, using version 2.69 to model a cone shaped grip of a door handle to be 3d printed later. Took a photo and measurements for reference. Scale: 1 blend unit = 1 mm. 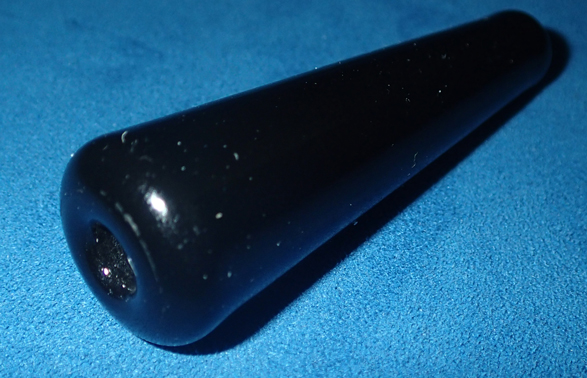 The shape was pretty easy to model with a cone with straight extrude region on the top and bottom. Used a cylinder to cut the hole with a boolean difference. 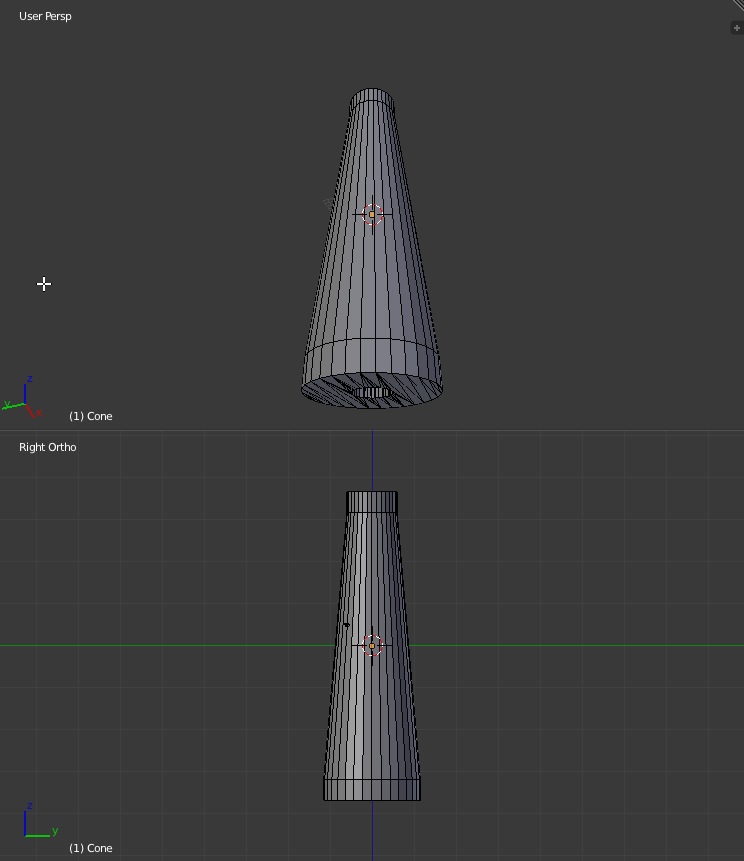 All done in a few minutes... Only needed to do the bevel on the bottom to be finished. Hours later not done yet, because the bevel must be a non uniform bevel and mesh | edges | bevel only seem to do uniform bevels. Taking the above right ortho view, it should simplified have an offset of 0.4 on the z axis but an offset of 0.275 on the y axis.

I would like to set a different offset per local axis of an edge bevel. So in one axis 0.275 and the other 0.4.

I read that some people have this as a bug due to the fact that they scaled in object mode and did a bevel later. I would like it as a feature without the scaling in object mode.

Any ideas how to do this?

I currently did a workaround by making a profile of the grip in svg. Imported it, converted it to mesh and spin it.

Still knowing how to do an non uniform bevel would be appreciated.

Those triangles at the end of your mesh are going to make it very difficult to bevel.

Instead I'd add a circle and extrude it to avoid creating tris in the first place:

You can change the profile of the bevel in the Redo panel after beveling:

2
Rounding edges of a non uniform mesh
2
Beveling 4 edges of a cube to make a nut/bolt head
1
How to make object slightly thinner?
5
Create an outline mesh around another structure / edges with equal distance
0
Issue with creating an Object Array
1
Trying to fill an opening in an object and match depth
2
Weird behavior when using bevel and subsurf
0
How to intrude / extrude a cube (or other irregular shape (knife tool) onto a uniform shape such as a dodec or icos?