I downloaded a free shader setup from a site and after unwrapping it, the texture comes fine in the texture shading viewport. But when I shift to Material, or render shading, the object is just plain black. I cannot seem to understand where the mistake is. I am using cycles render.

When I tried using an another random image texture, there was no problem. I could see the texture in all modes. So idk where I am going wrong with this shader.

Edit: Sorry for being so vague. So I am using Blender Cycles v2.78. I downloaded a wood shader from a site called Chocofur, with the node setup as attached. This is how it looks in Texture Shading. 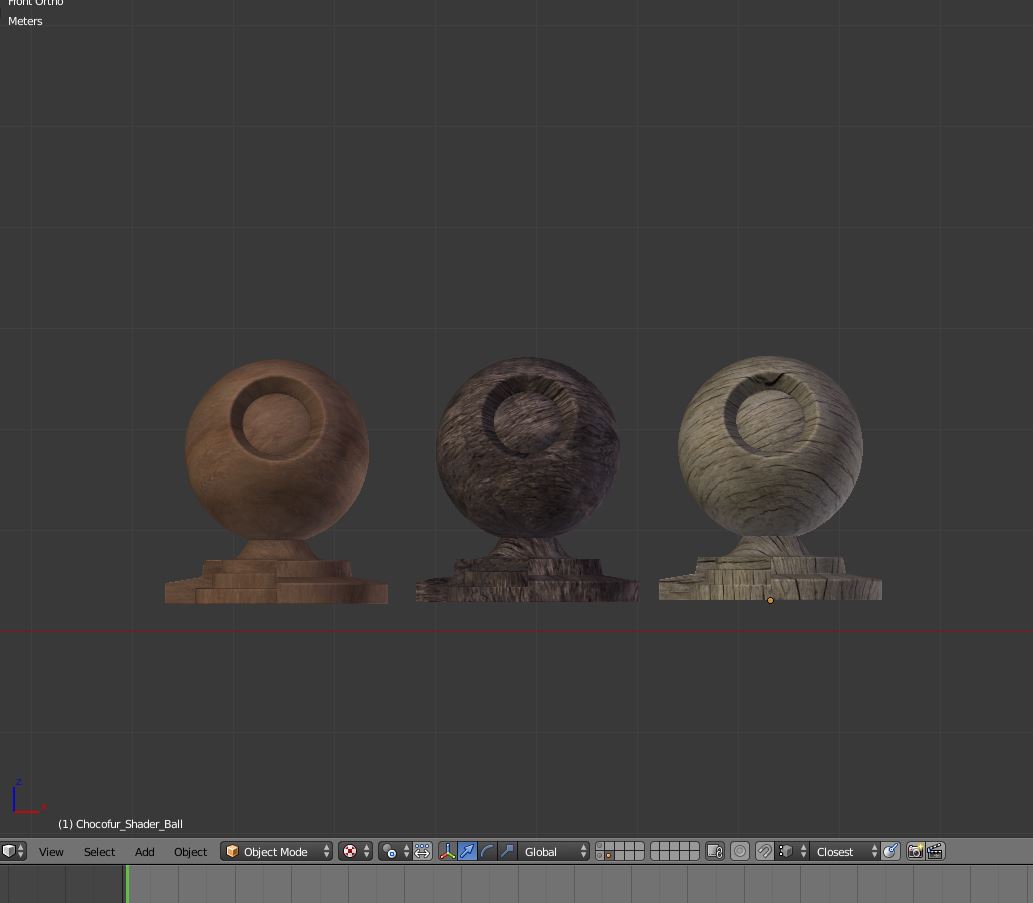 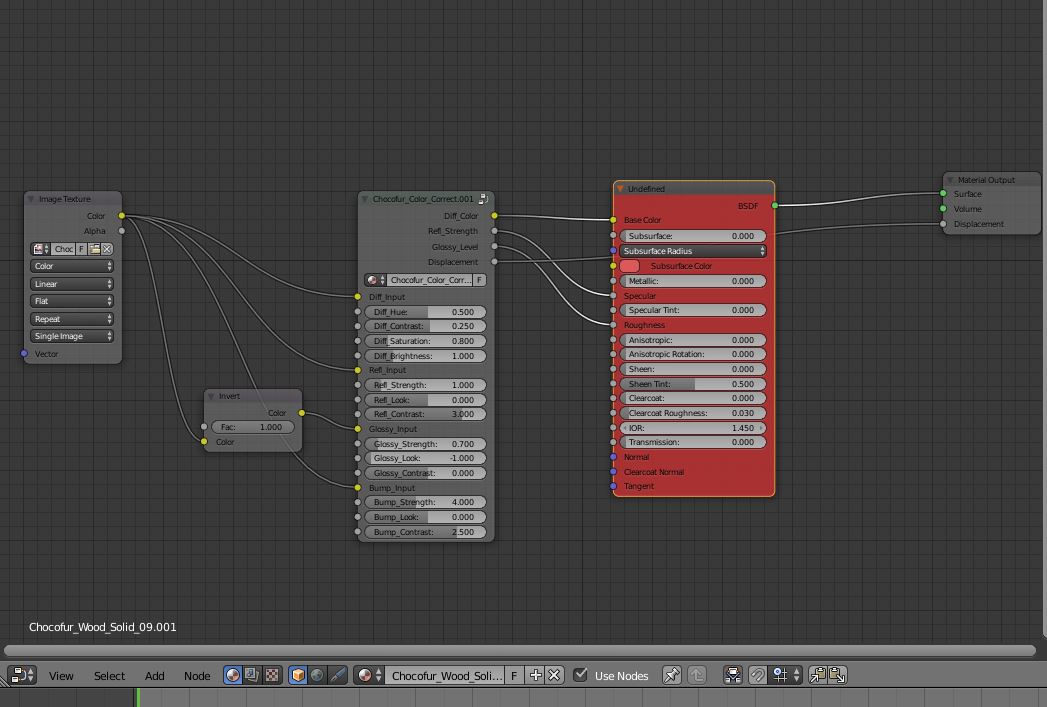 However, when I go to material, or rendered shading, this is how it turns out. 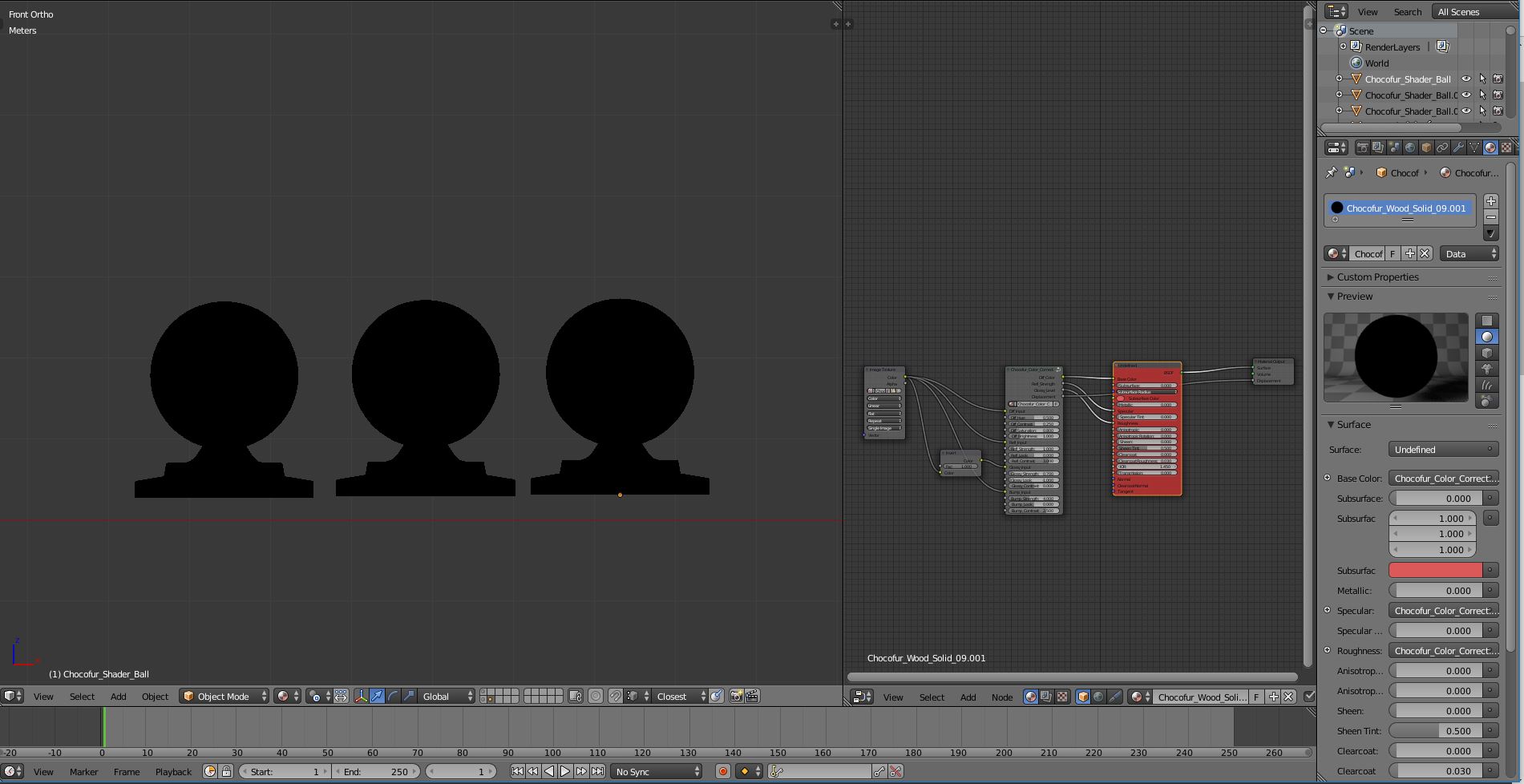 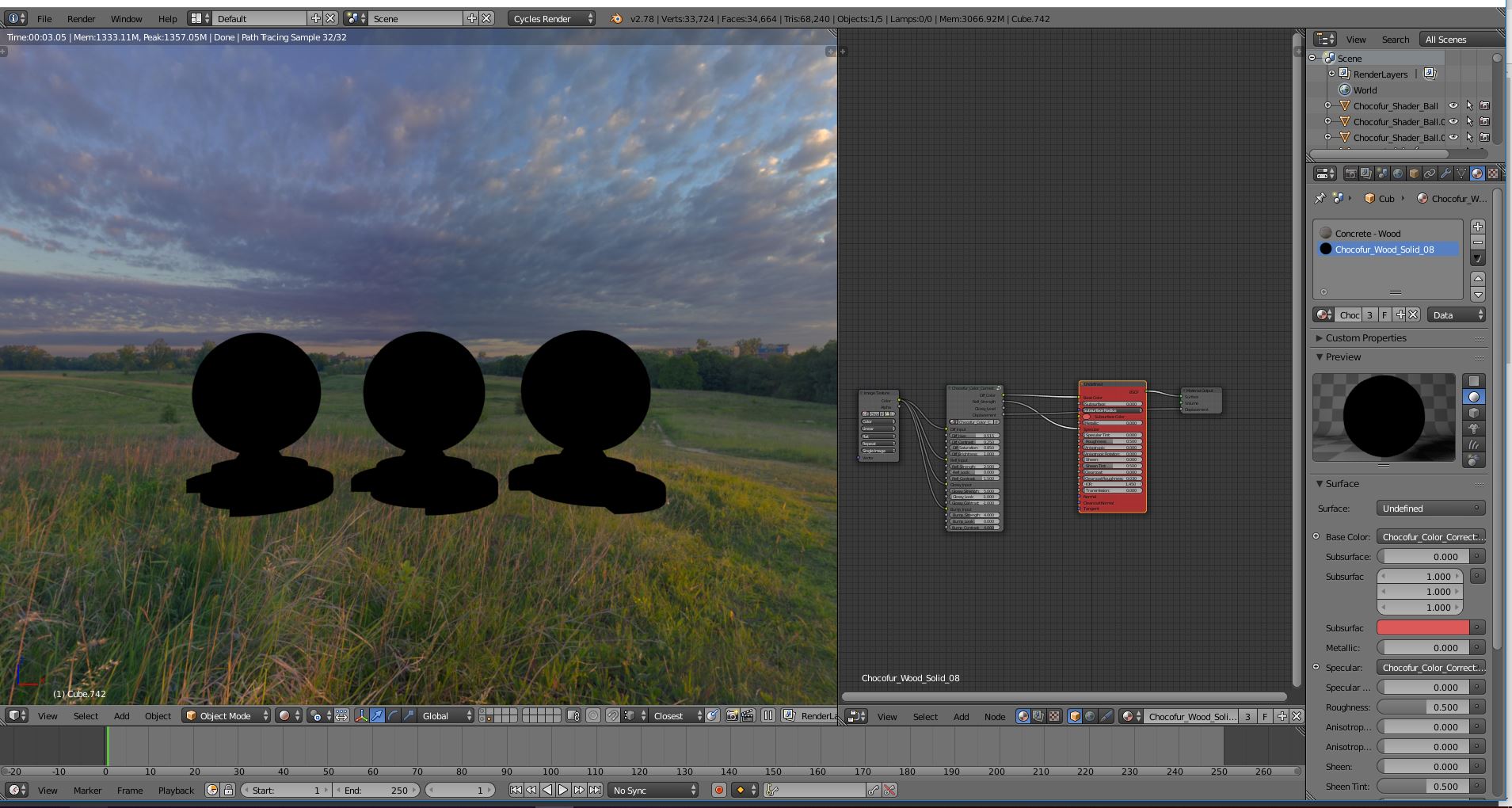 Now just to check whether I was doing something wrong, I used a plain image as a texture in one of them, and it seemed to appear fine both in material and render shading. 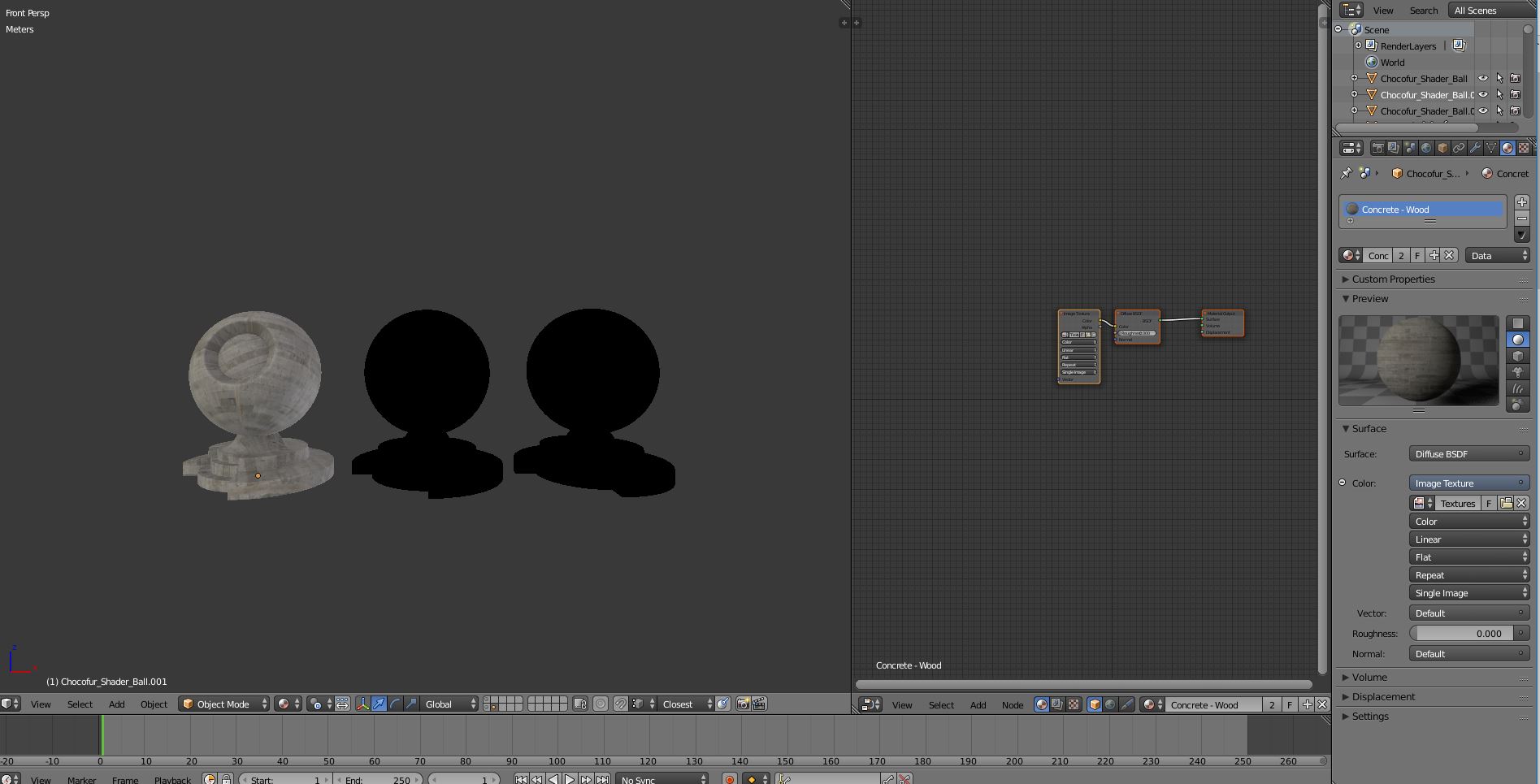 So I am guessing there is something within the shaders settings.The thing in red in the node setup is probably the problem since it says something isn't defined. I am not very thorough with using nodes and maybe that's why I can't figure it out. I hope I've been clearer this time. Let me know if I need to attach the blend file for reference.

You need to use a newer version of blender.

You can't use the Principled BSDF shader in versions previous to 2.79 .

Not the answer you're looking for? Browse other questions tagged cycles materials nodes shaders or ask your own question.

-1
this principled shader node cant be shown in blender 2.78?

5
Textures in cycles are black
2
Can the blender game engine render diffuse material nodes?
0
Is it possible to transport materials between the Internal render and Cycles render for animation?
1
Object looks fine in rendered mode, but appears black in material mode
0
Image textures are only displayed in edit mode
0
Can't see texture through Principled Node?
0
Render Viewport shows textures, final render does not (Cycles)