I'm a total newb to Blender, so I don't know if this is a simple problem, but I'm following a tutorial and am currently learning how to use the sculpt tools. However, while the tutorial is showing very smooth and predictable results, my brushes aren't reacting the same way. I've tried several brushes, and most of them are producing a similar result. The flatten brush is only flattening along the sides, but it's not making a stroke like it seems like it's supposed to. All the other brushes are malfunctioning as well. Sculpt/draw, crease, and Nudge make similar strokes, nothing at all like their example images, and nothing at all like I've seen they're supposed to.

I have smoothening on, dyntopo is on, all of my modifiers are applied, so there are no actives ones. I tried applying the scale of my object, and the scale, but none of those solutions have solved the problem. I've searched in all of the forums I could find and still haven't found anything. Any help would be greatly appreciated!

My results trying the same: 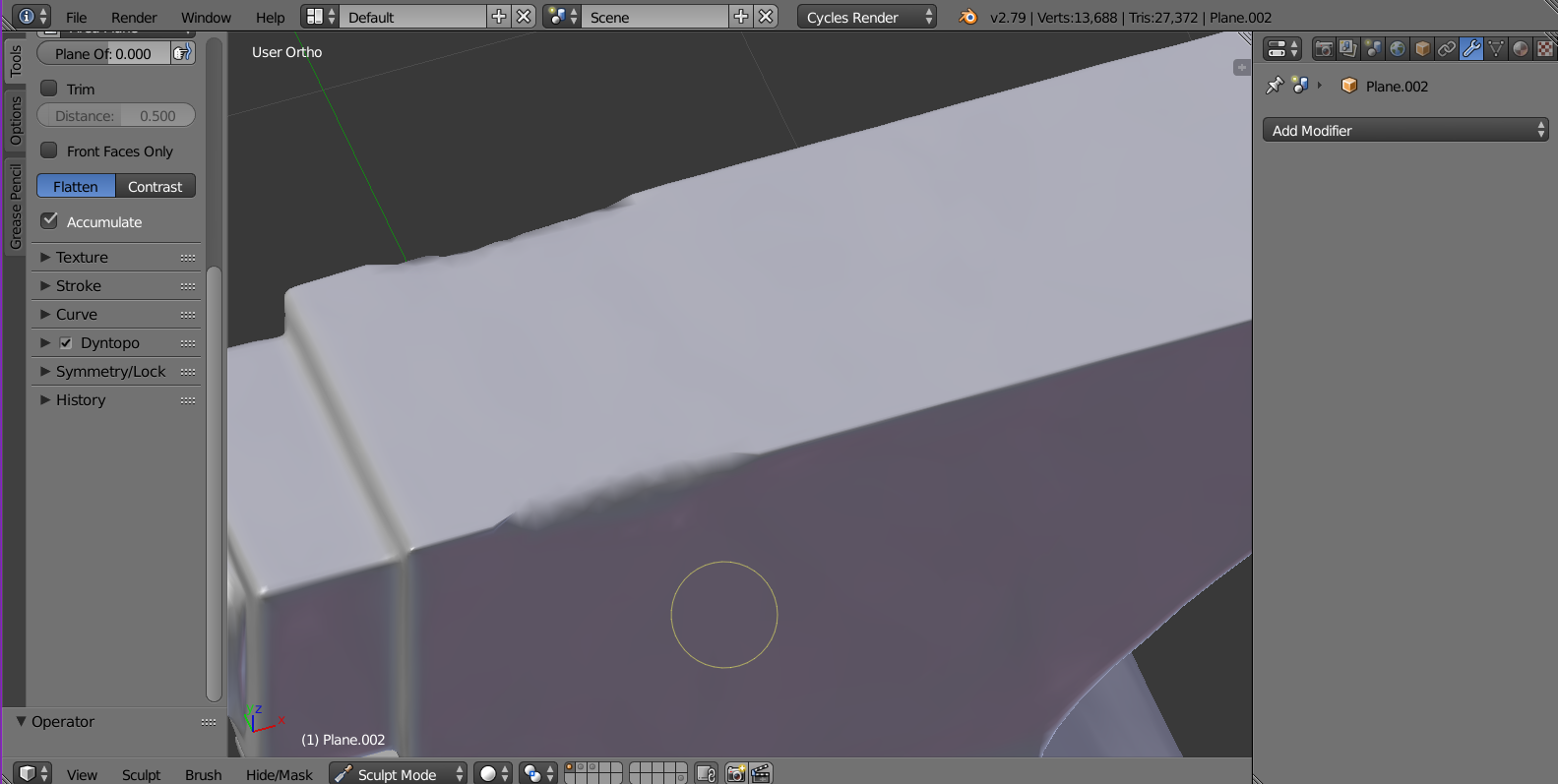 Just figured it out. I had to apply the modifiers to my object.

Not the answer you're looking for? Browse other questions tagged texturing sculpting sculpt or ask your own question.

6
Can someone definitively describe the difference between the sculpt flatten, polish, and smooth brushes?
2
Some vertices stopped moving in sculpt mode
0
Blender Sculpt brushes don't function properly
0
Adding brushes for sculpting in 2.83, missing config folder
2
Everything Was Fine Then Brushes stopped affecting mesh