Very big & very small objects in scene at once

I've been working on one particular scene for a while now and I've started to make the correct proportions. It's a space scene with a star, spaceship and a human so far, there's still a lot of work to be done. To be as close to reality as possible, I've looked up scale of our Sun in comparison to Earth and then scale of Earth in comparison to human.

The Earth itself is not present in the scene though, I've used it only for scaling and comparing. 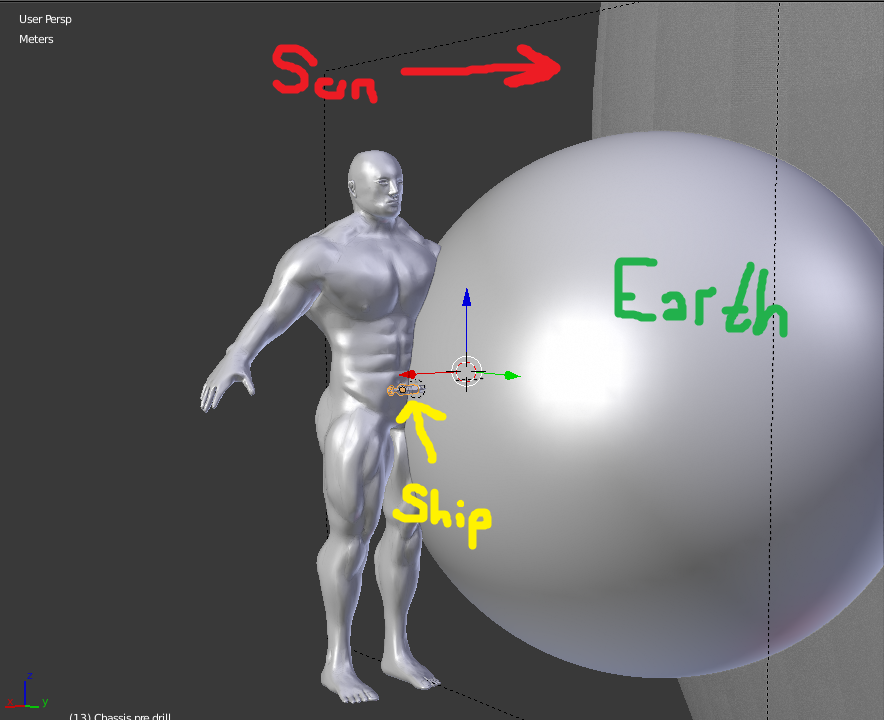 I've scaled the human to be nearly exactly as tall as the Earth is, and then scaled him down. But, as we all know, we're ridiculously small compared to Earth. After doing some research, I've found out that I have to scale the human by 0.000000148809 to make him proportionate to Earth. Well, things started to get really messy. But first, let me clarify my intention a little more. 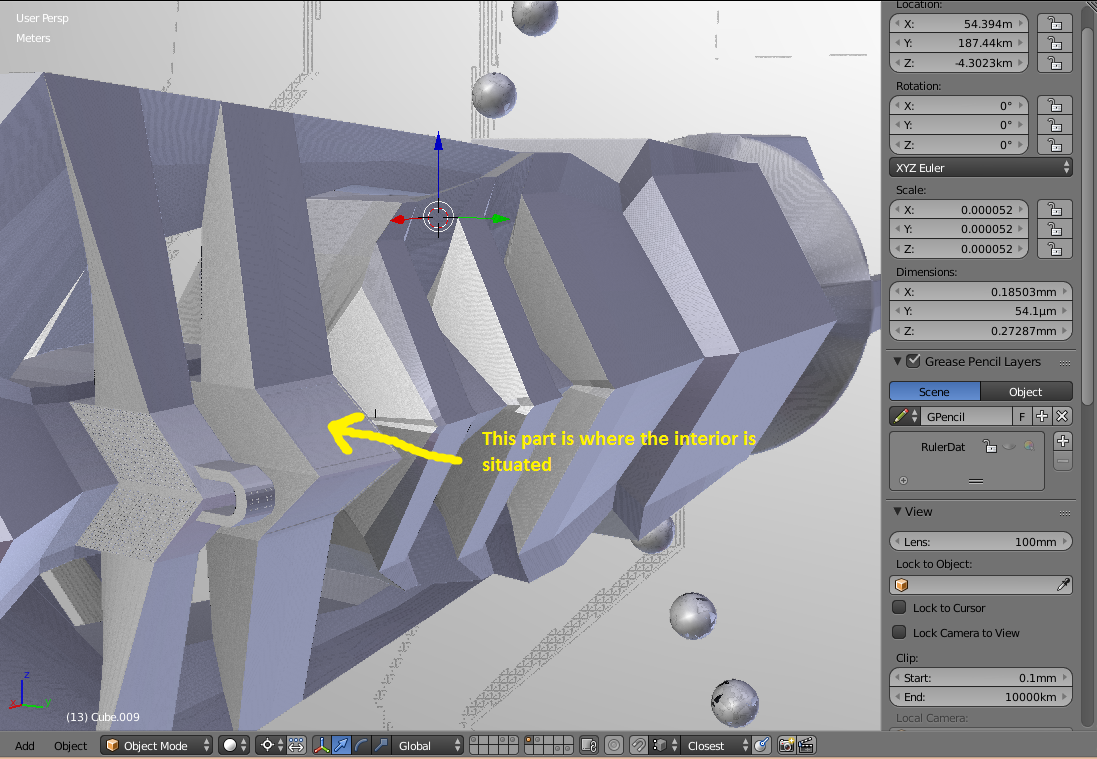 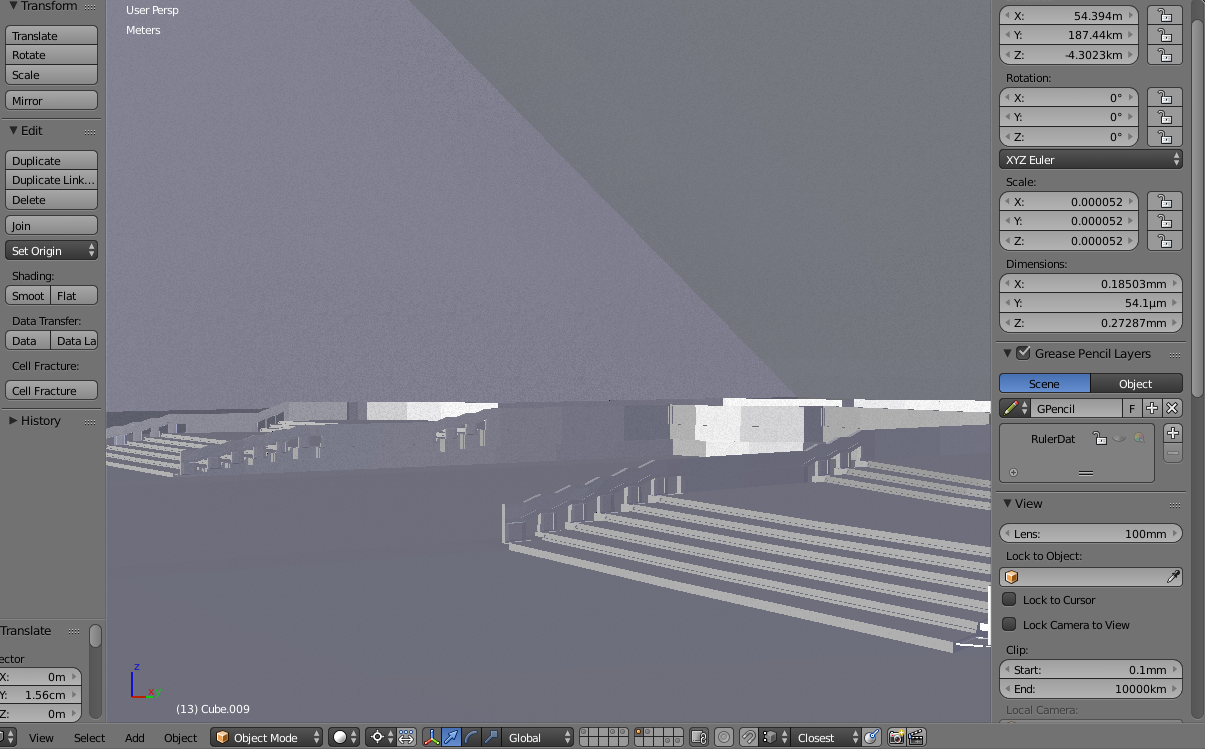 I need to move him to the interior which is displayed in the third photo, and the interior needs to be scaled in a way where the stairs look proportionate to him, by height atleast. The problem is that I need to scale down the whole ship, and things are just becoming extremely small in comparison to the Sun and as a result, everything is being clipped, even after applying 0.1mm Start clip. Also, I have to keep the End clip very high so the Sun doesn't get clipped out.

The viewport also looks clipped, panning, rotating, etc. became unpredictable as mesh is randomly appearing/disappearing and I can't really zoom into interiors without clipping. I've tried to scale the Sun down 10 times and then scale the whole scene up by 100x times but while viewport became normal the render looks distorted, weird artifacts are showing up and everything just seems glitchy and clipped.

So, my question is, how to overcome this? Can objects exist together in one scene while being enormously big and extremely tiny at the same time without having the render and/or viewport glitched, clipped and destroyed? Is there a way to have objects in real-world scale or absolutely not? Is there any possibility to make things look proportionate to each other or I can't avoid having the human and spaceship itself unrealistically big? What's your workflow in enormous scenes like this? Thanks in advance!

Browse other questions tagged scene scale or ask your own question.

1
Should I model my animation assets to real-world scale?
0
Working on small objects in MM but Add menu adds relatively giant objects
4
Blender unit conversion without scaling relative to the scene?
0
Blender very laggy
0
Can I copy my objects to another scene?
1
Unlinking objects from duplicated scene