New to blender and I've run into a problem where I ideally need to subdivide a mesh futher (see attached), but any increase in subdivisons results in running out of memory(I have 16GB) despite render times being fairly quick once it is working. 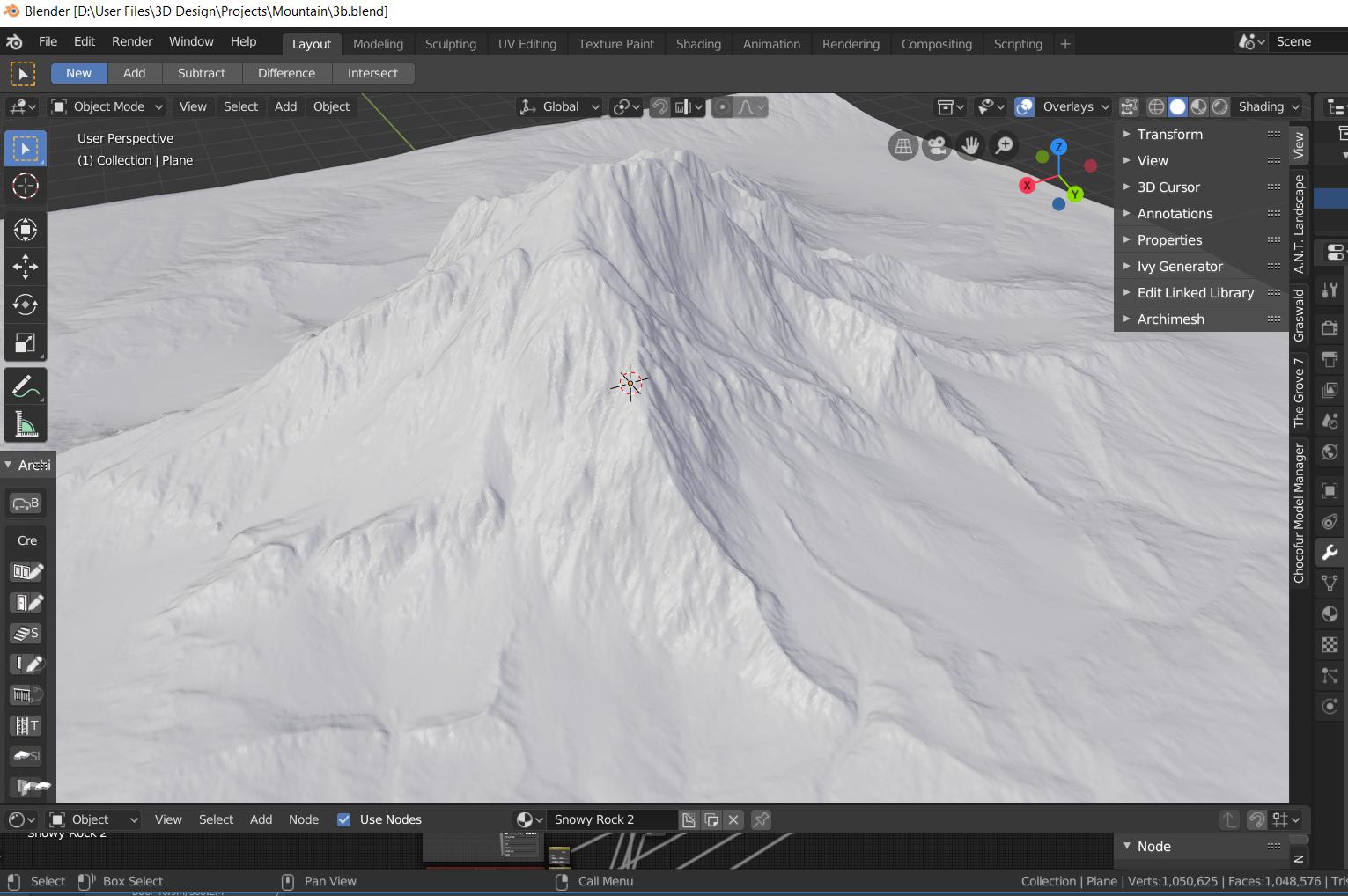 At the moment the scene is just a plane with two subdivision modifiers (6 simple, 4 Catmull-clark) and then a displacement modifier on top of that with a map created in Gaea, lit by a HDRI.

There is only one material, although it is quite a heavy one with 4 seperate 4k megascans materials mixed together, including their displacement maps. I've tried using an adaptive subdivison after the displacement modifier which I thought might help but that seems to make the problem worse and I've had no luck getting that to render at all - even when reducing the other subdivison modifiers 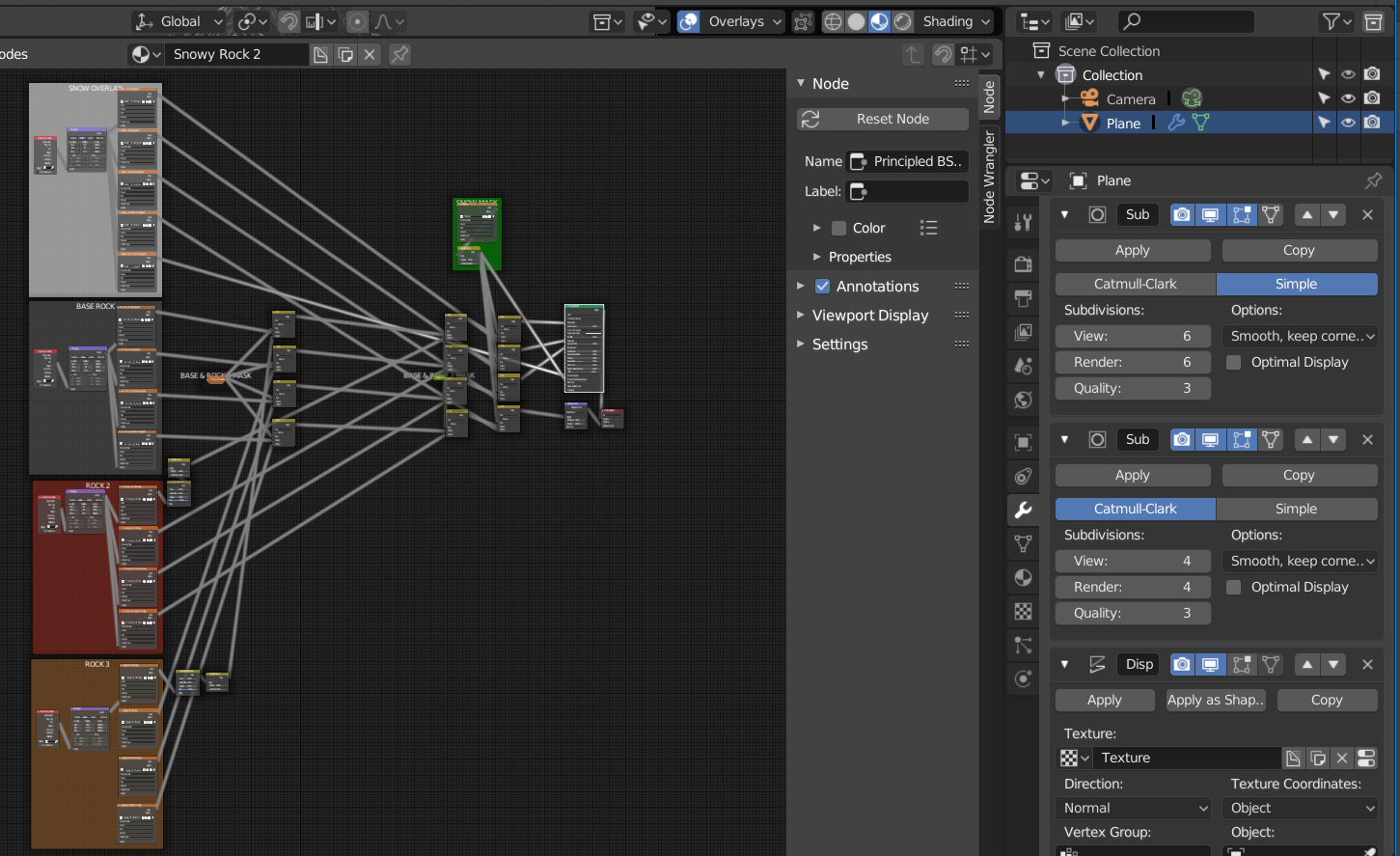 The scene is quite simple, so I'm hoping there's a way I can optimise it better, but as I'm new to blender I'm not entirely sure if my workflow is the best!

Also, I'm curious if there is anyway to make it so the render ignores geometry off camera? Some of the mesh isn't visible at the moment, but I'd rather not have to apply the modifiers and then delete those parts of the mesh manually

modifiers displacement optimization
Share
Improve this question
asked May 26 '19 at 23:24

Browse other questions tagged modifiers displacement optimization or ask your own question.

10
Smooth displaced mesh
7
Is it possible to use a displacement map without having real geometry?
4
Head mesh displaced
4
cardboard flute - cardboard thickness
4
Animate the peeling of top sealed packaging
0
Duplicate displaced plane and have edges line up?