(Blender v. 2.79) Hey Blender community! I am not completely new to Blender but not really experienced either. I wanted to model a container and use a procedural material to get some rusty spots on the container. But everytime i try to bake my normal map it gets weird and displays a darker version, not really how it's supposed to look. I used the method desribed in another thread and baked out the color of the emission. That way (at least in that thread) i should get the color of the normal map and then be able to plug that into a normal map. But everytime I do that i get a weird texture that doesn't look how it should. Down below I'll post some screenshots of how it looks. 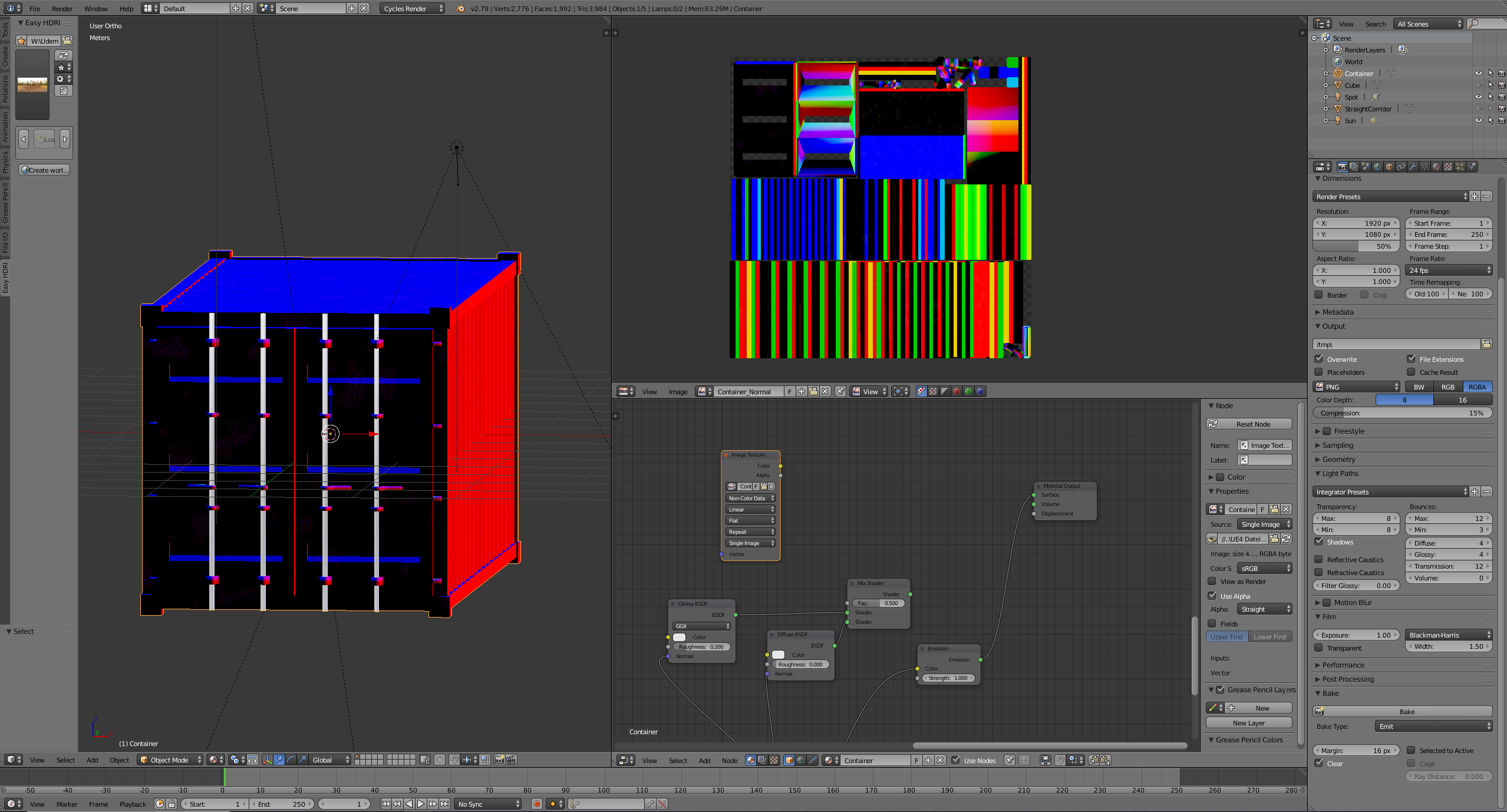 Here is the general setup. I just took the normal map inputs and fed them into emission and into the output and then baked out the emission. End result looks weird. 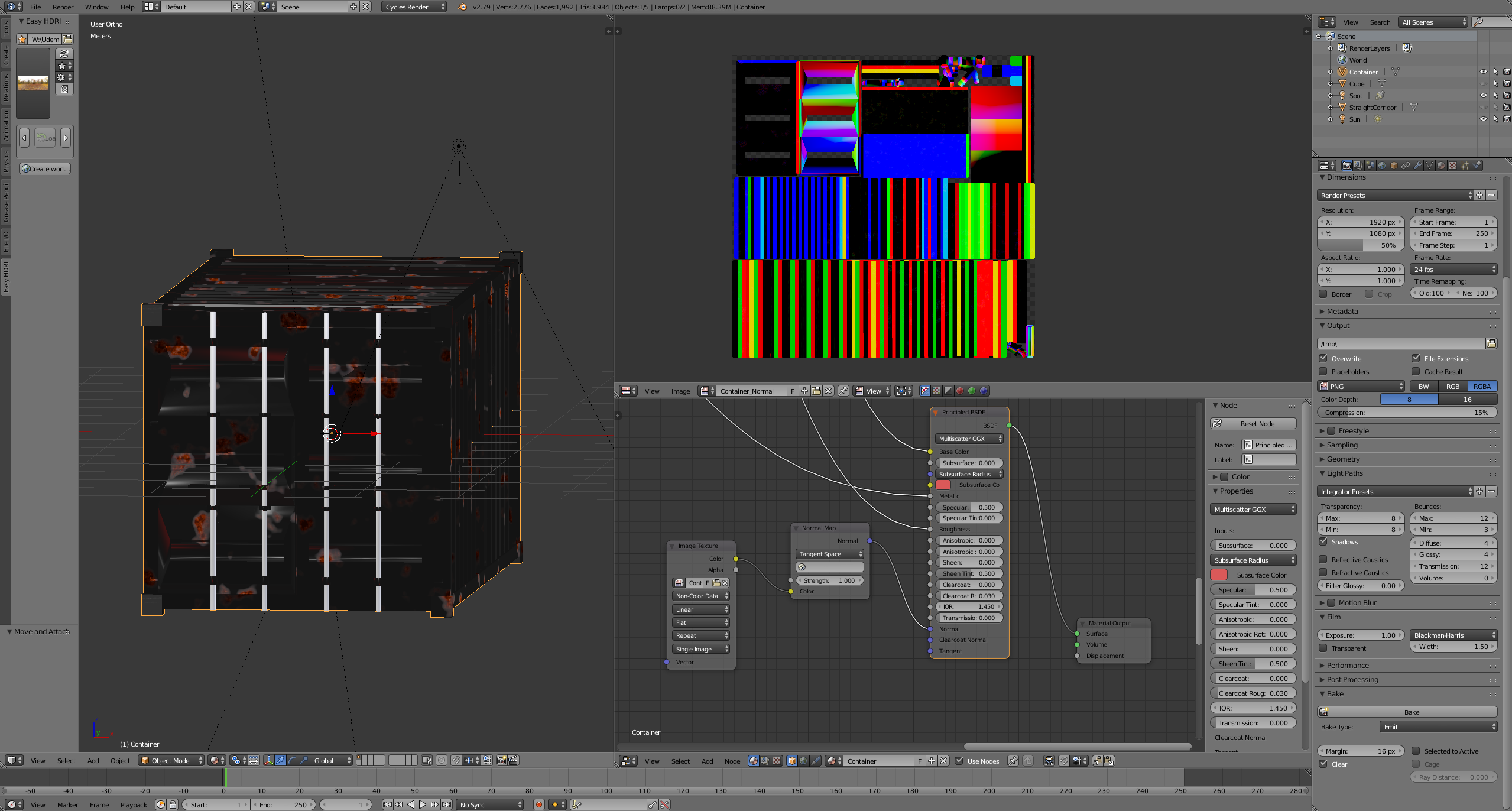 If I plug in that normal map it looks very weird and not how its supposed to be. 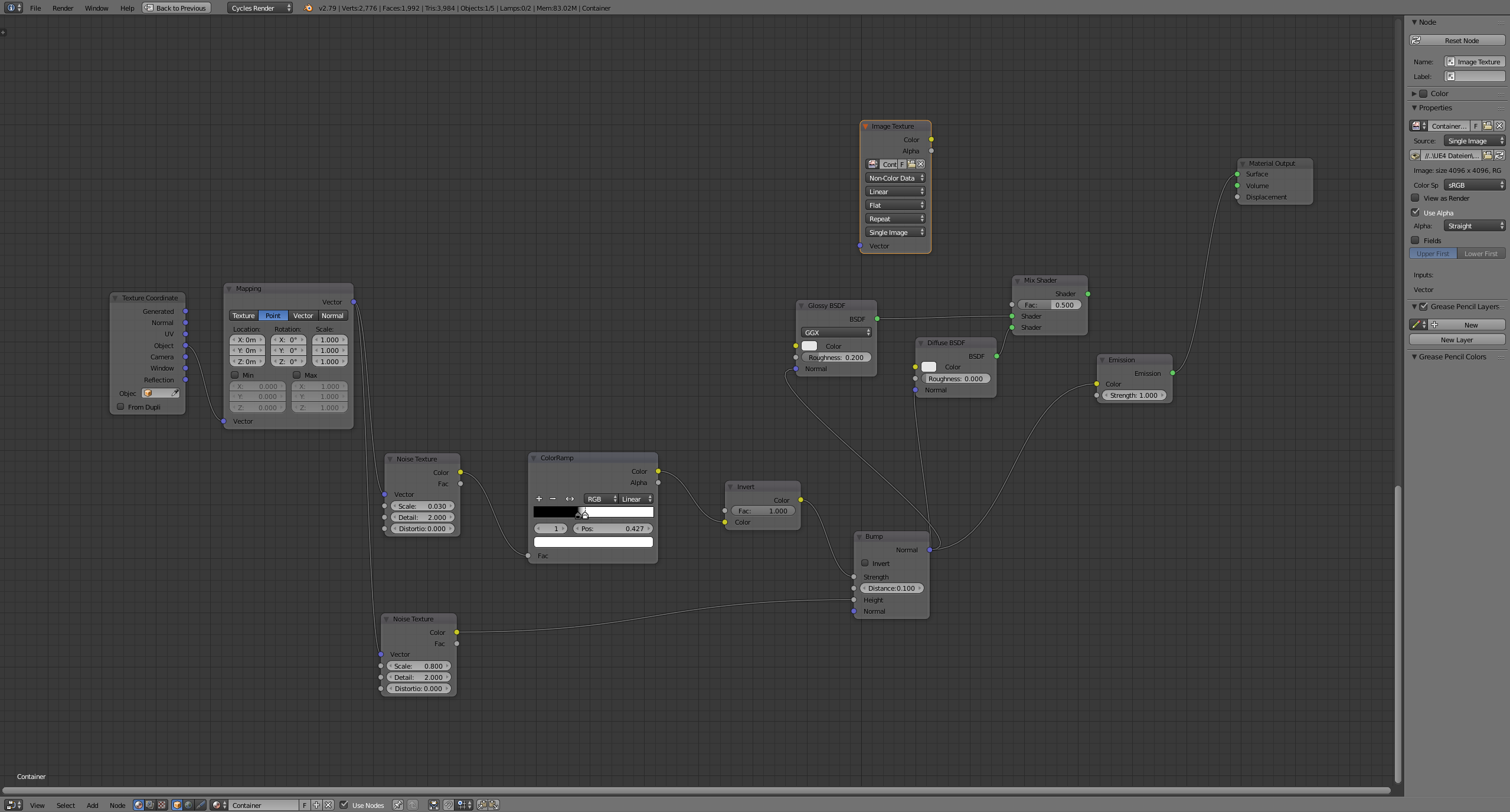 The whole normal setup from my procedural texture. 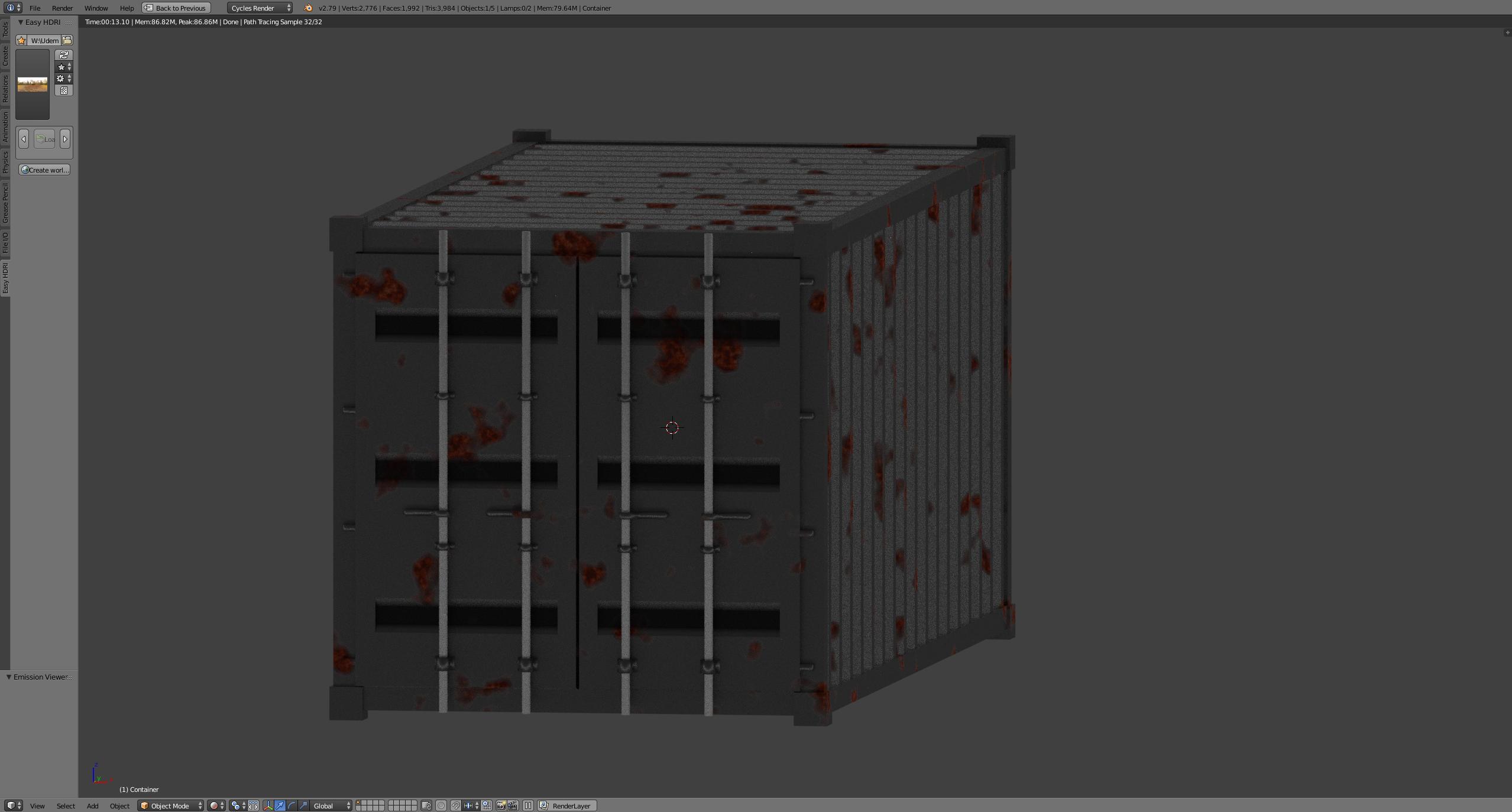 How it's supposed to look (This is with the procedural material) 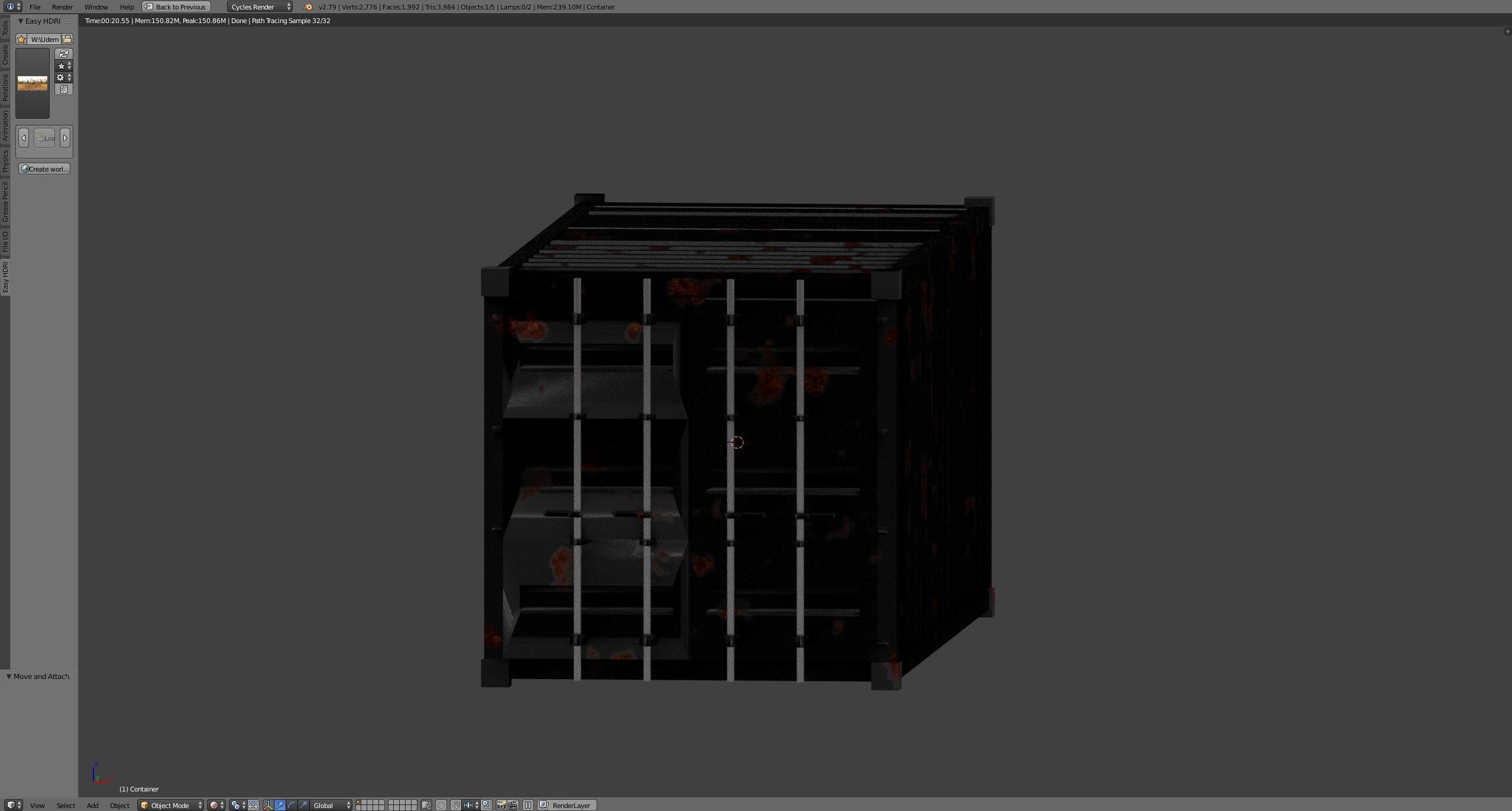 How it looks with the baked out normal map

I do not know what I'm doing wrong. Maybe you guys can help me out.

I even tried to just bake out the normal map on a flat plane but even that did not work. 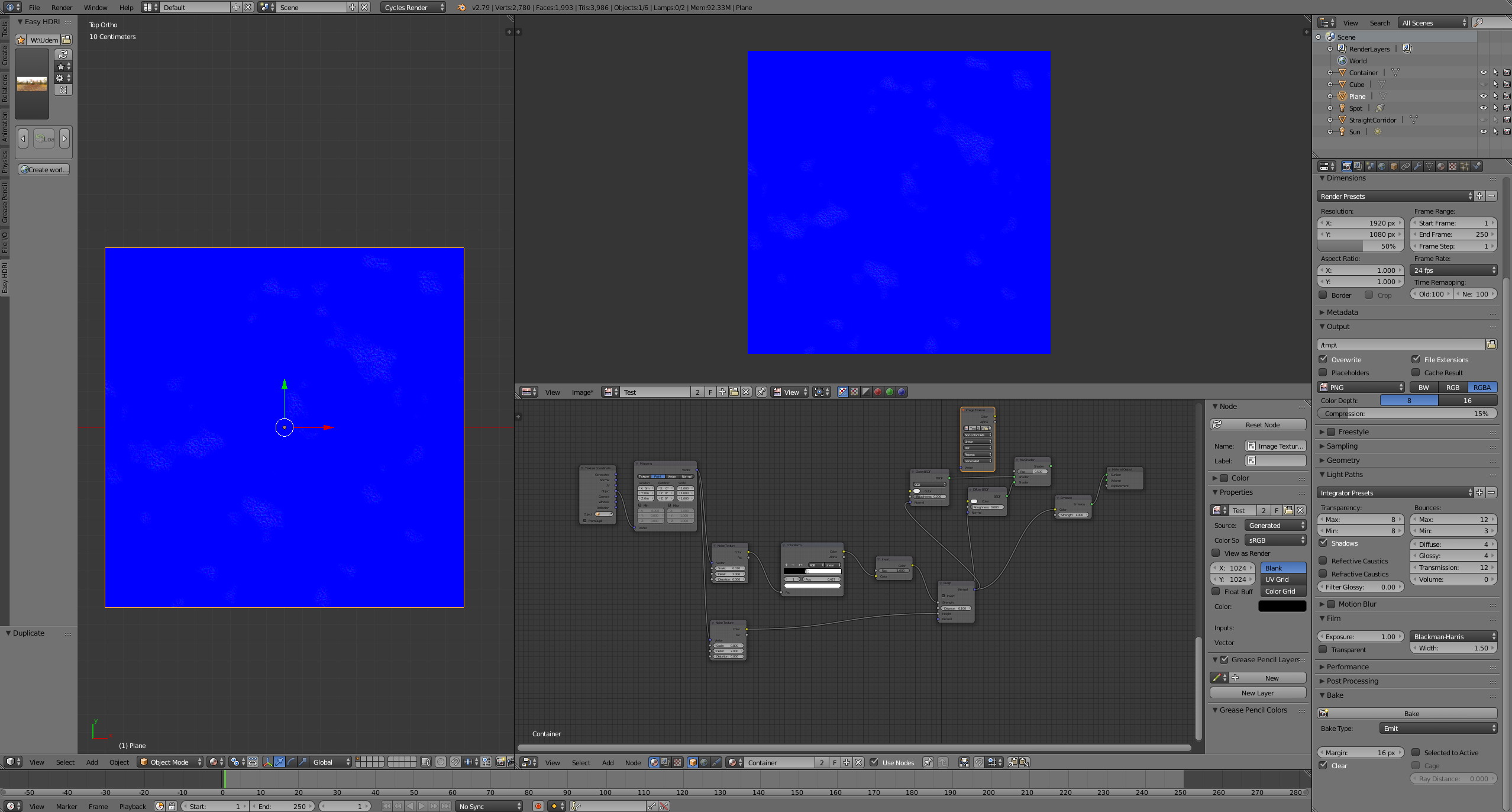 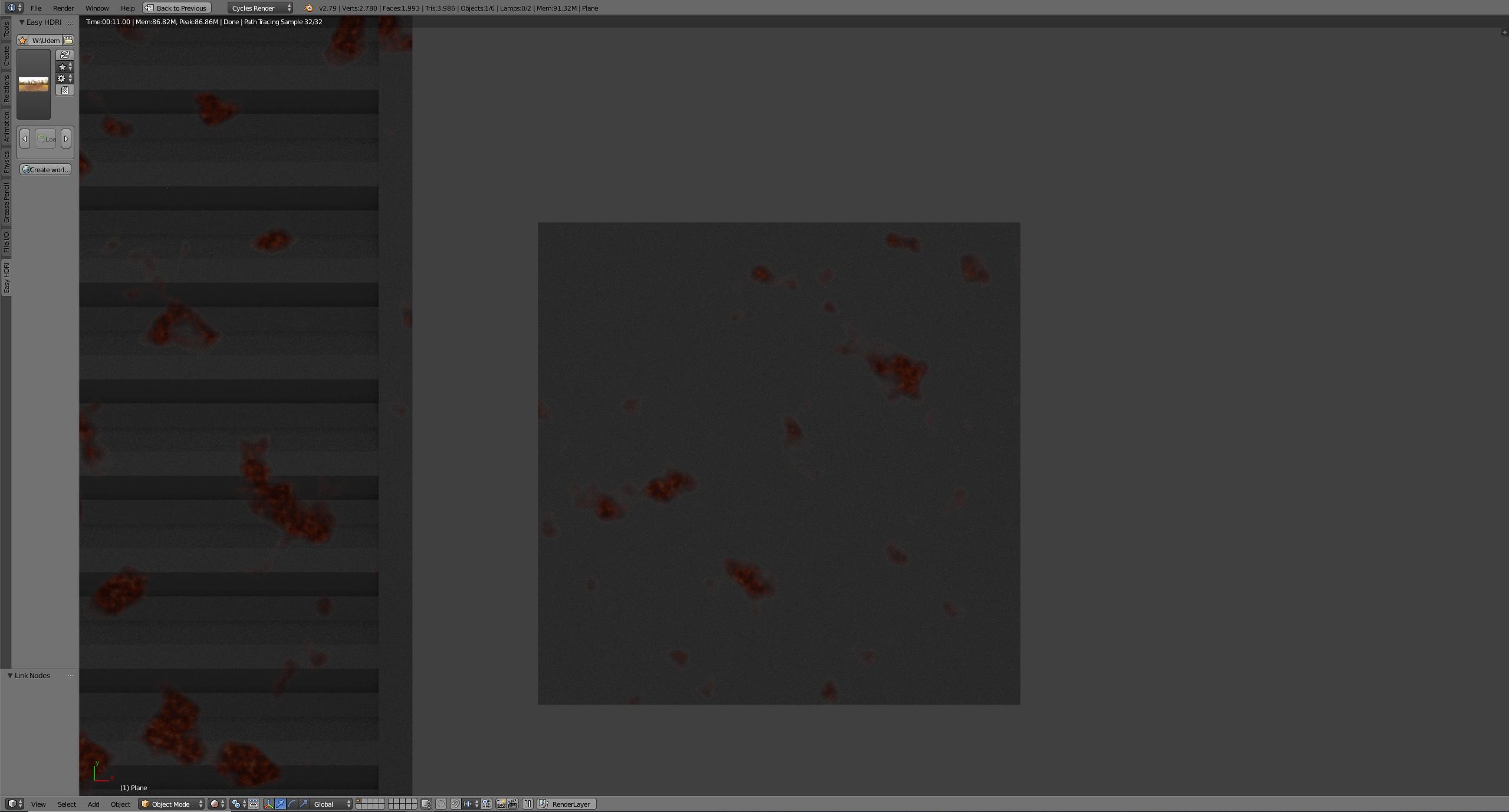 How its supposed to look (procedural material) 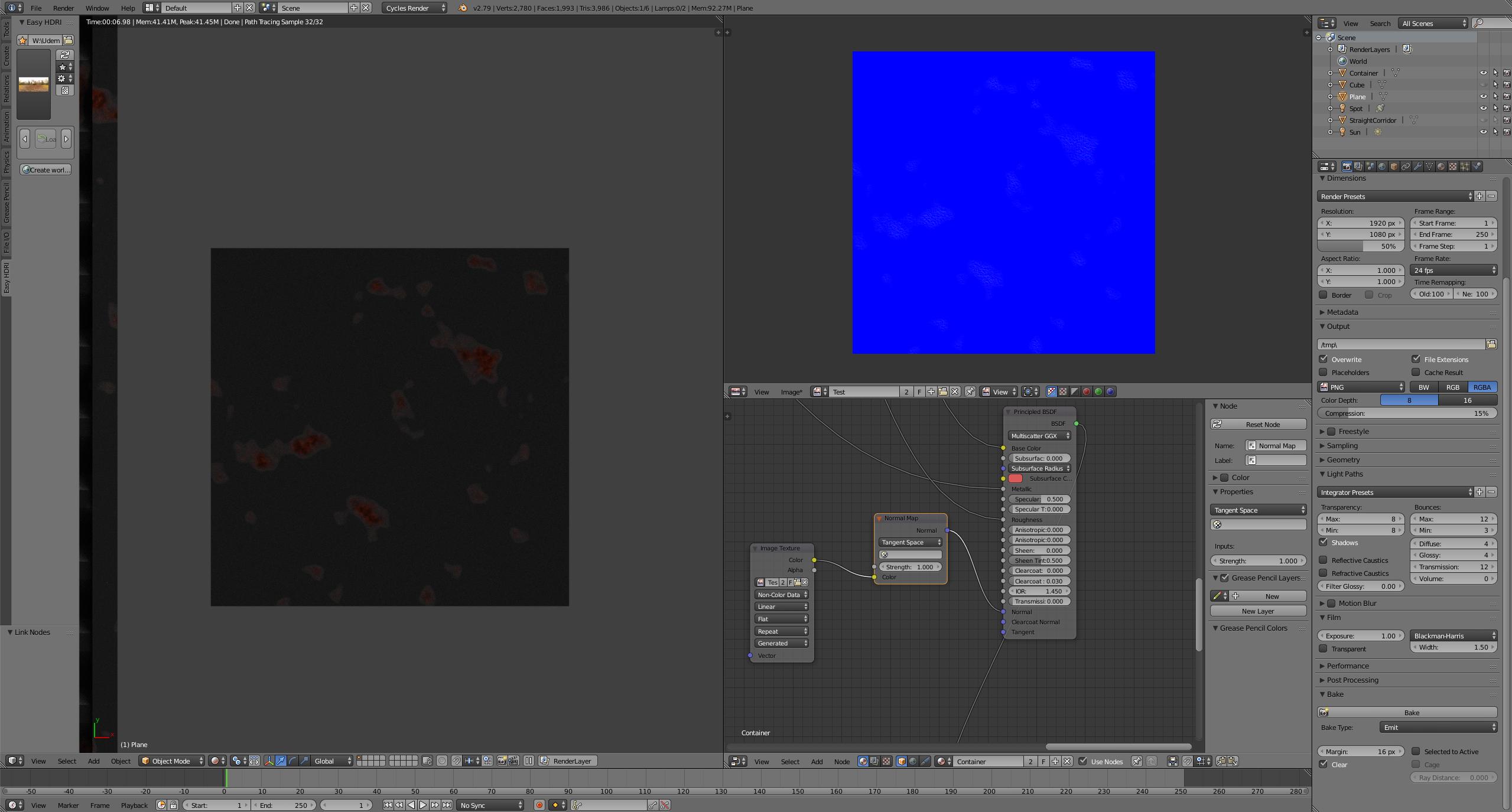 With normal map: It just adds a darker color to it, even though its set to non-color data.

Before you ask: Yes, both models (plane and container) are UV unwrapped. I wanted to test the plane to see if i made something wrong in the UVs but even the plane doesn't display the normal map properly.