I've run into a predicament with an archviz project. For some reason, I cannot see the light bulb shining through the glass encasement in a chandelier. The light bulb uses a fake glass material (with some added translucency for a smoky effect) and the chandelier encasement uses a glass material with some light pass transparency hacks. The only way I can get the bulb to show through is by using "Transparent Depth" to blend between the Glass and Transparency nodes, but then the light does not pass through into the room anymore (it's trapped by the glass encasement). Both the glass encasement and the bulbs have a thin depth to the walls. All node setups shown below. Any advice from Cycles experts would be so appreciated... I've been unsuccessfully trying to solve this for hours... 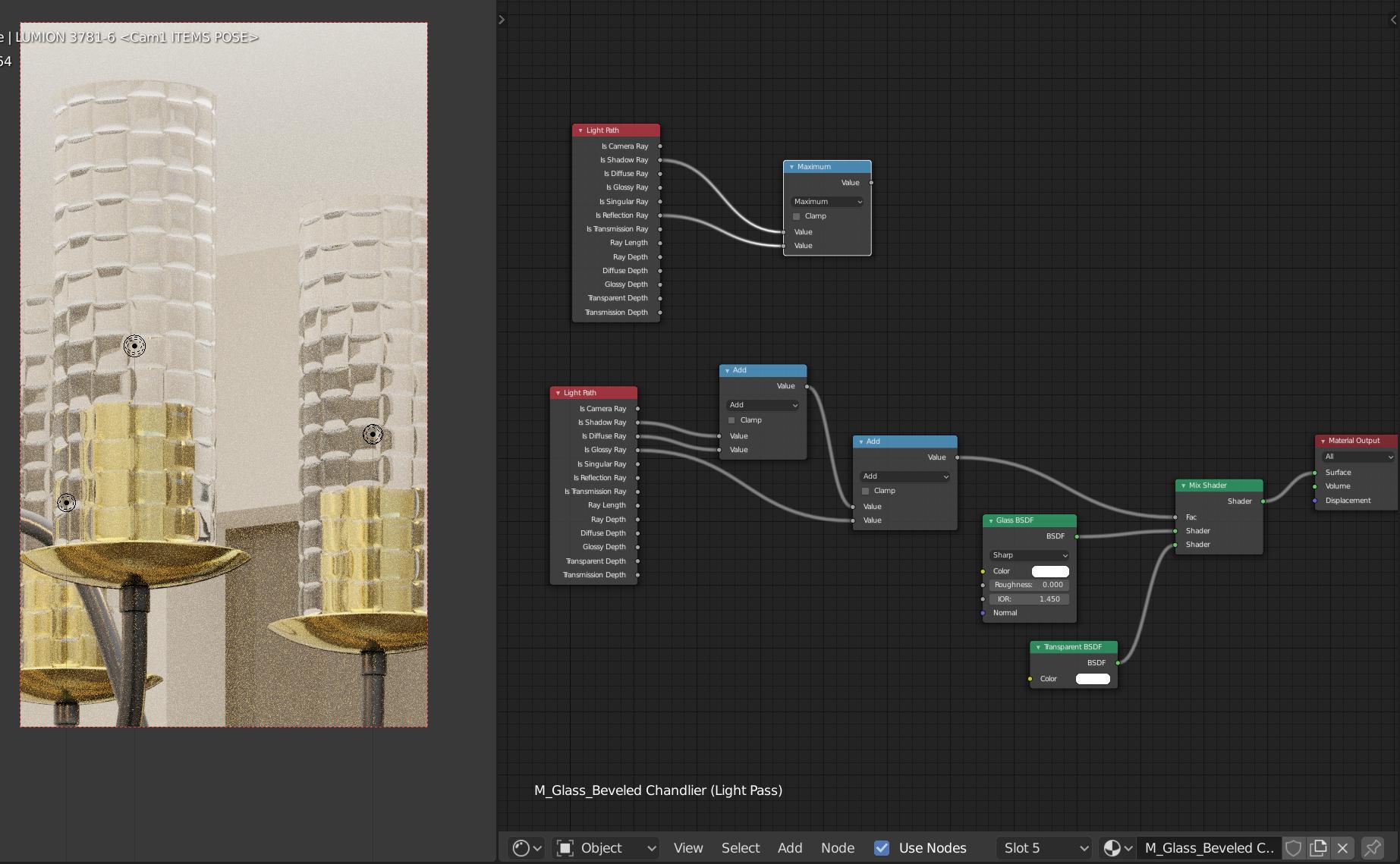 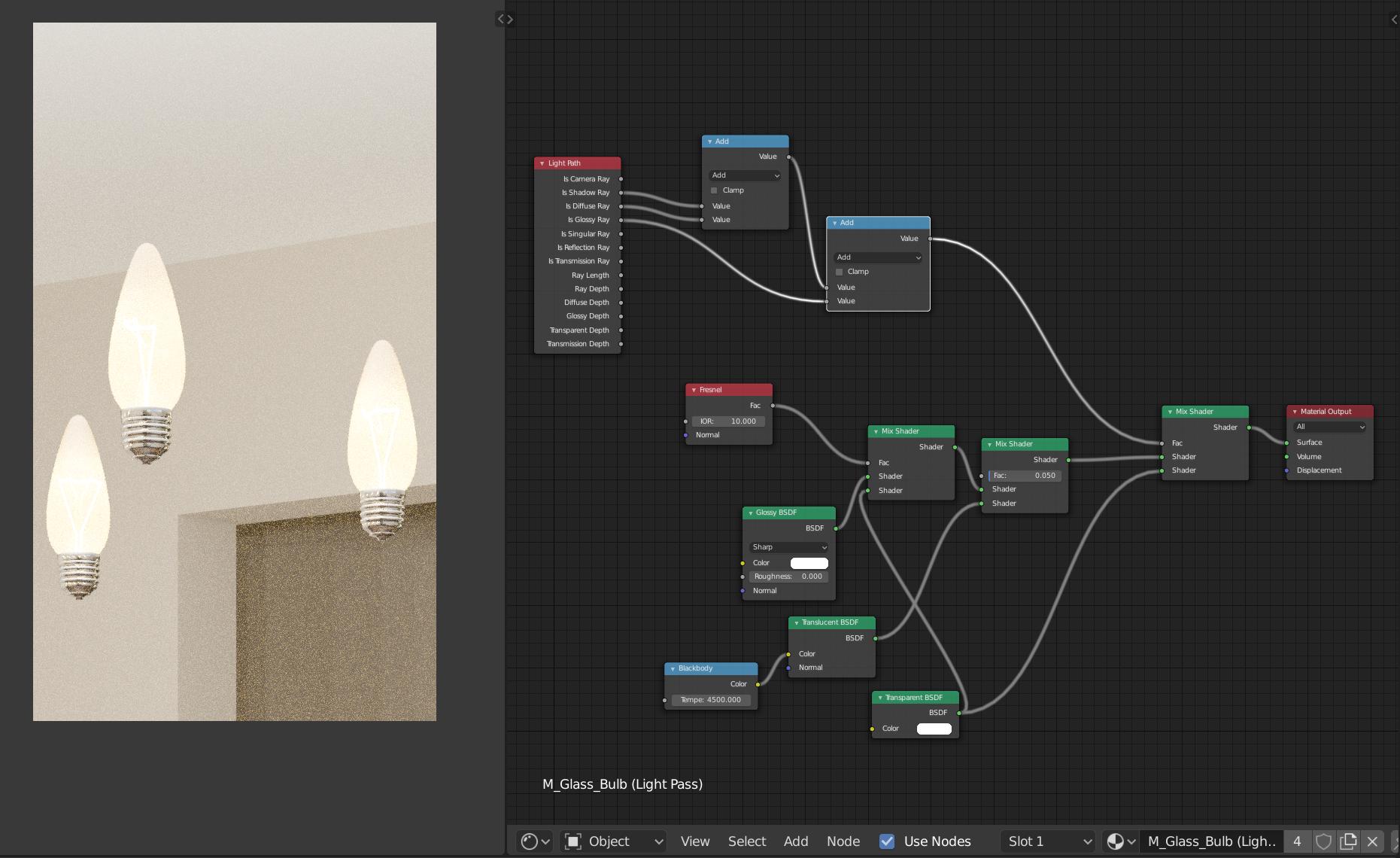 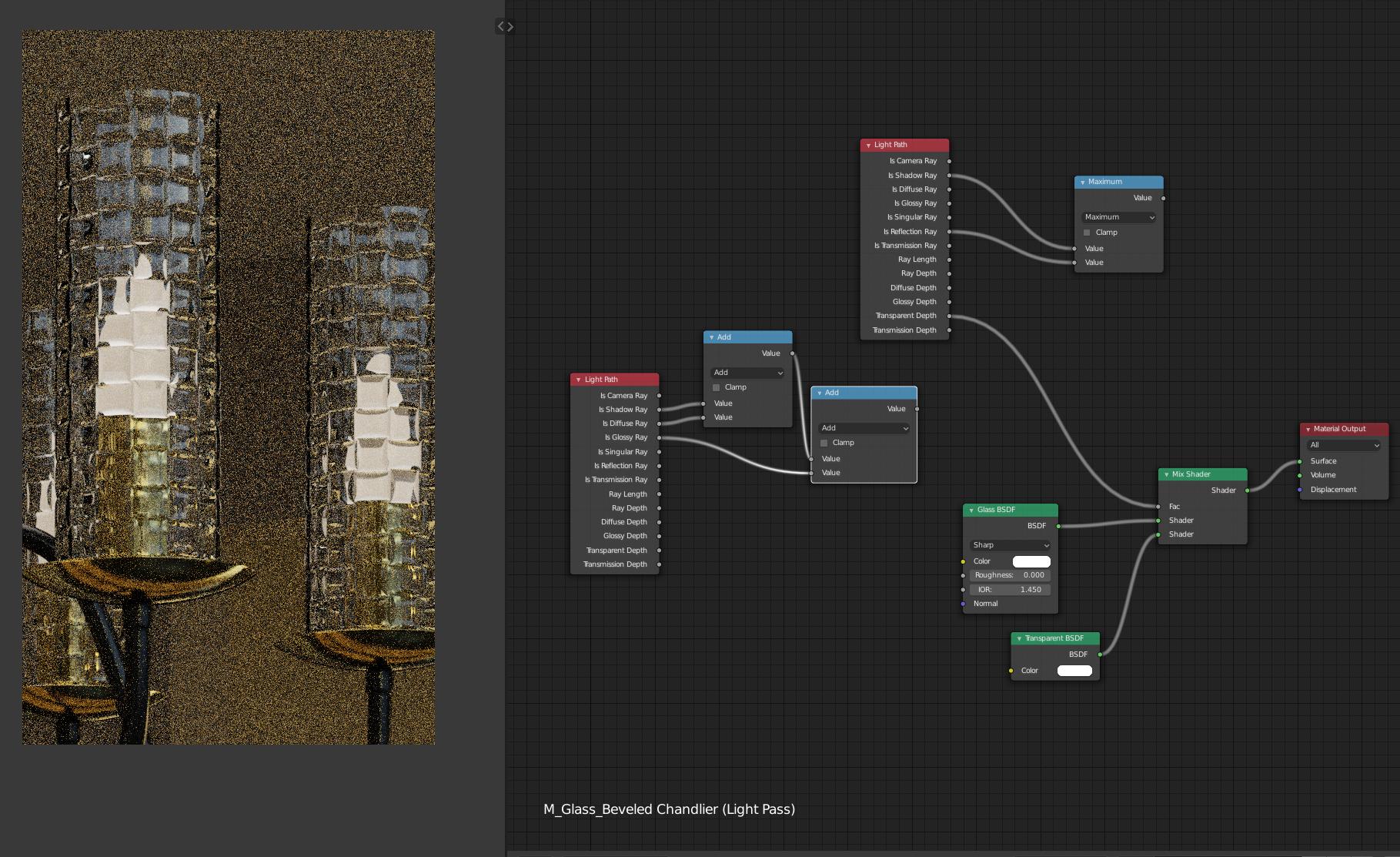 cycles-render-engine transparency glass
Share
Improve this question
asked May 24 '19 at 21:35

I thank and praise the Lord Jesus Christ for answering prayer and showing me the solution!

The issue was not with the glass encasement material after all. Mixing between glass and transparent shaders based on shadow, diffuse, and glossy outputs from the Light Path node was correct. The problem was actually with the glass bulb and filament materials!

In the original setup for the glass bulb, a transparent shader was being mixed in TWICE (this essentially was the setup for architectural glass, minus the translucent shader with its mix node, as shown on BlenderGuru). However, the way the 2nd transparent shader was being mixed in (via light path node) was conflicting with the material's ability to be seen at full illumination THROUGH the outside beveled glass encasement.

New setups are shown below: 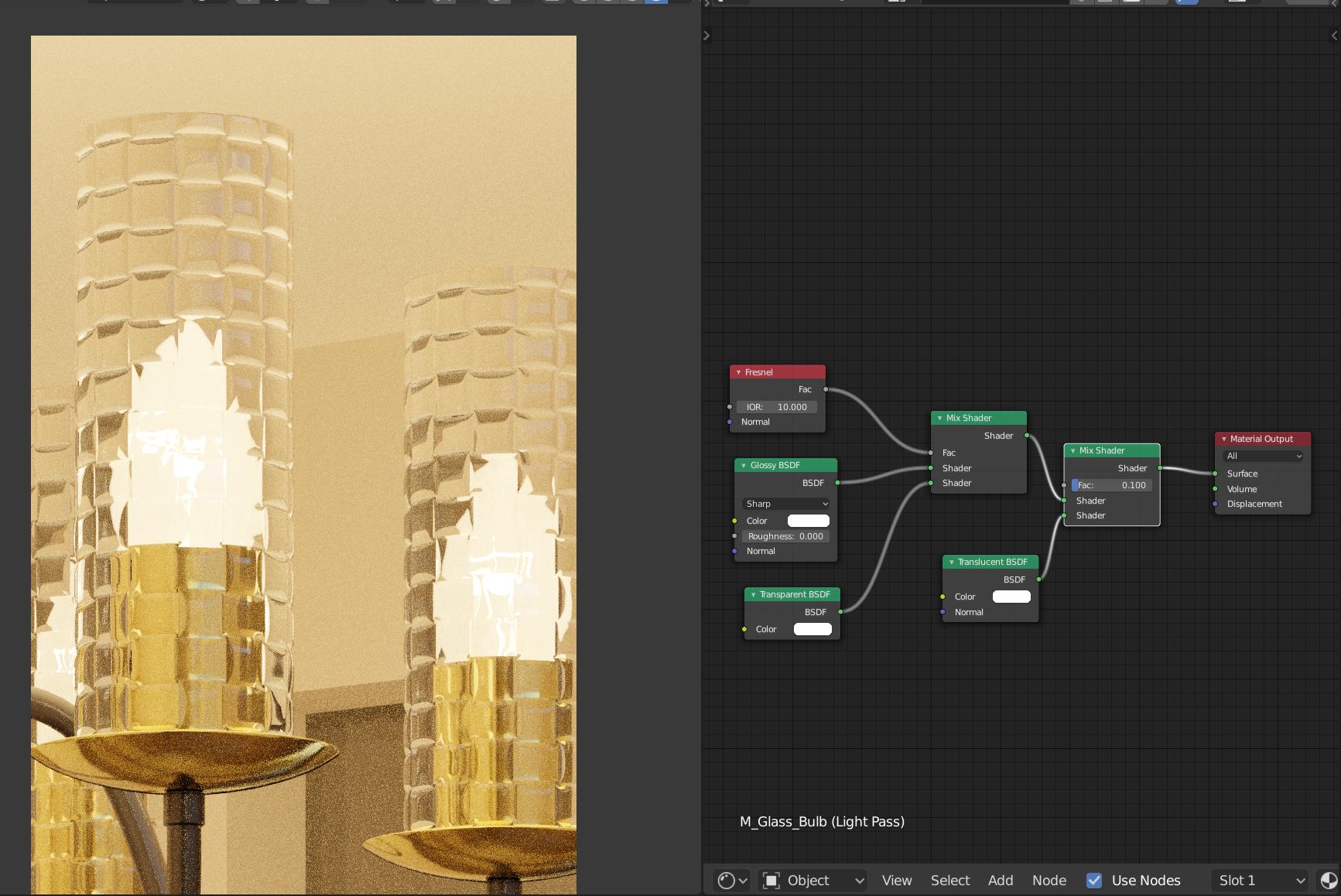 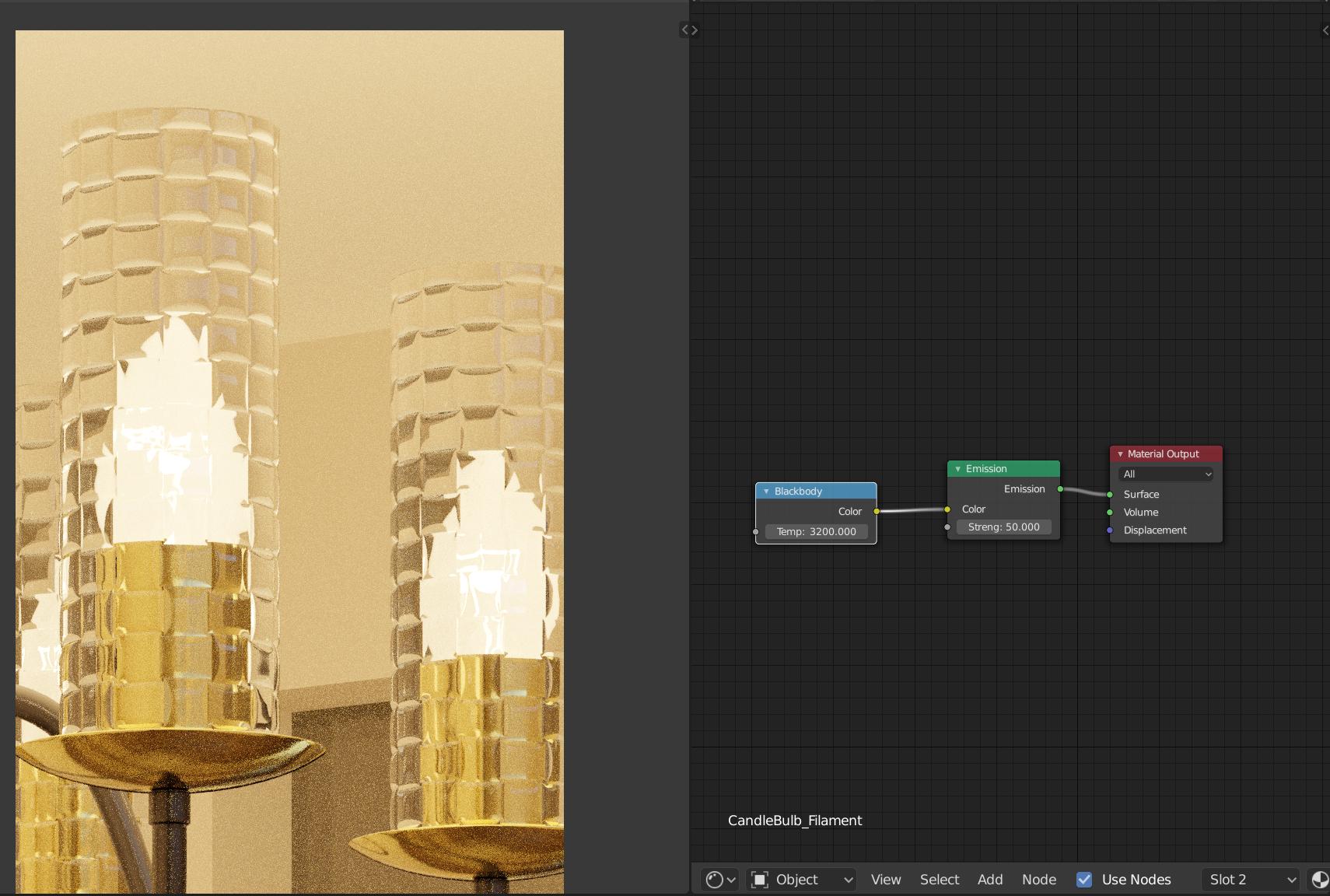 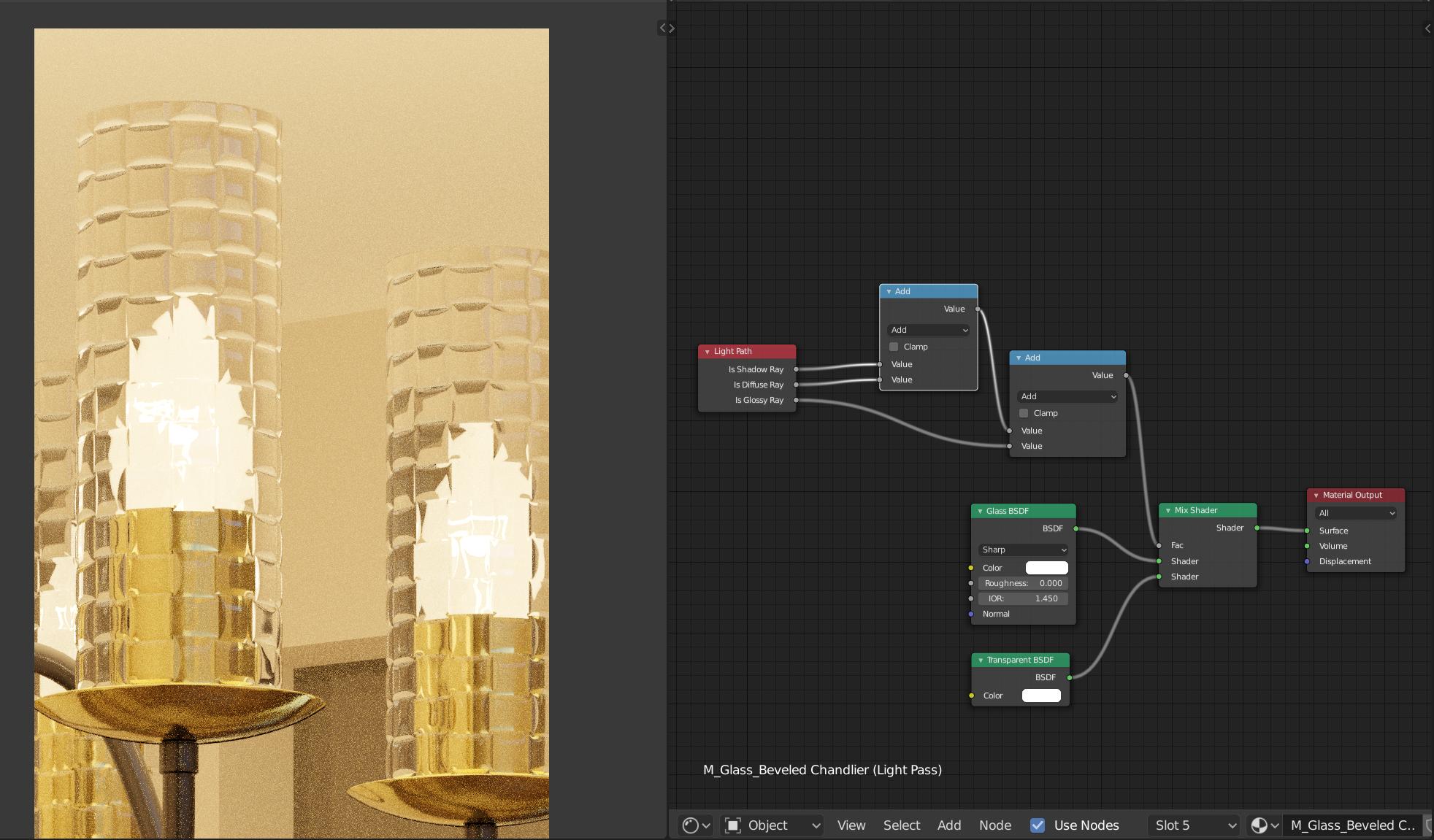 EDIT: I should note that I no longer add the "glossy" ray in the Light path node-- I only add shadow and diffuse together. If you add glossy, your glass object will not reflect in mirrors, which is a highly undesirable effect. :-)

Not the answer you're looking for? Browse other questions tagged cycles-render-engine transparency glass or ask your own question.