How to create razor wire

I am trying to create fences with razor wires on them, as to be seen here: 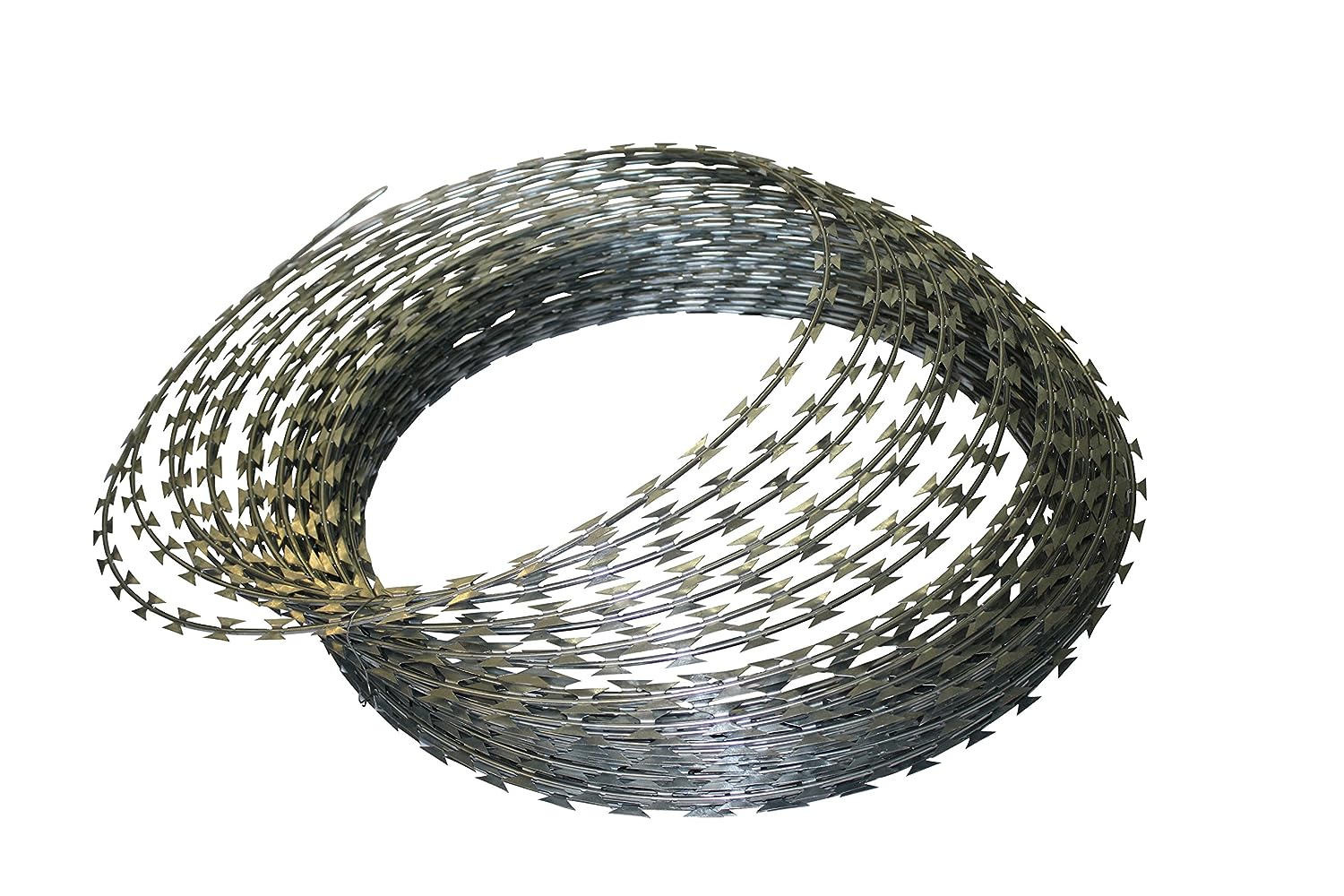 I modeled it as a straight wire first, adding the blades in an array and then combined the cylinder and the blades to one object. But when I try to deform it with the screw modifier it get's too distorted. I also didn't get any usable results by trying to start off with a coil already and using particles, for example.

If anyone has an idea to solve this, it would be highly appreciated. 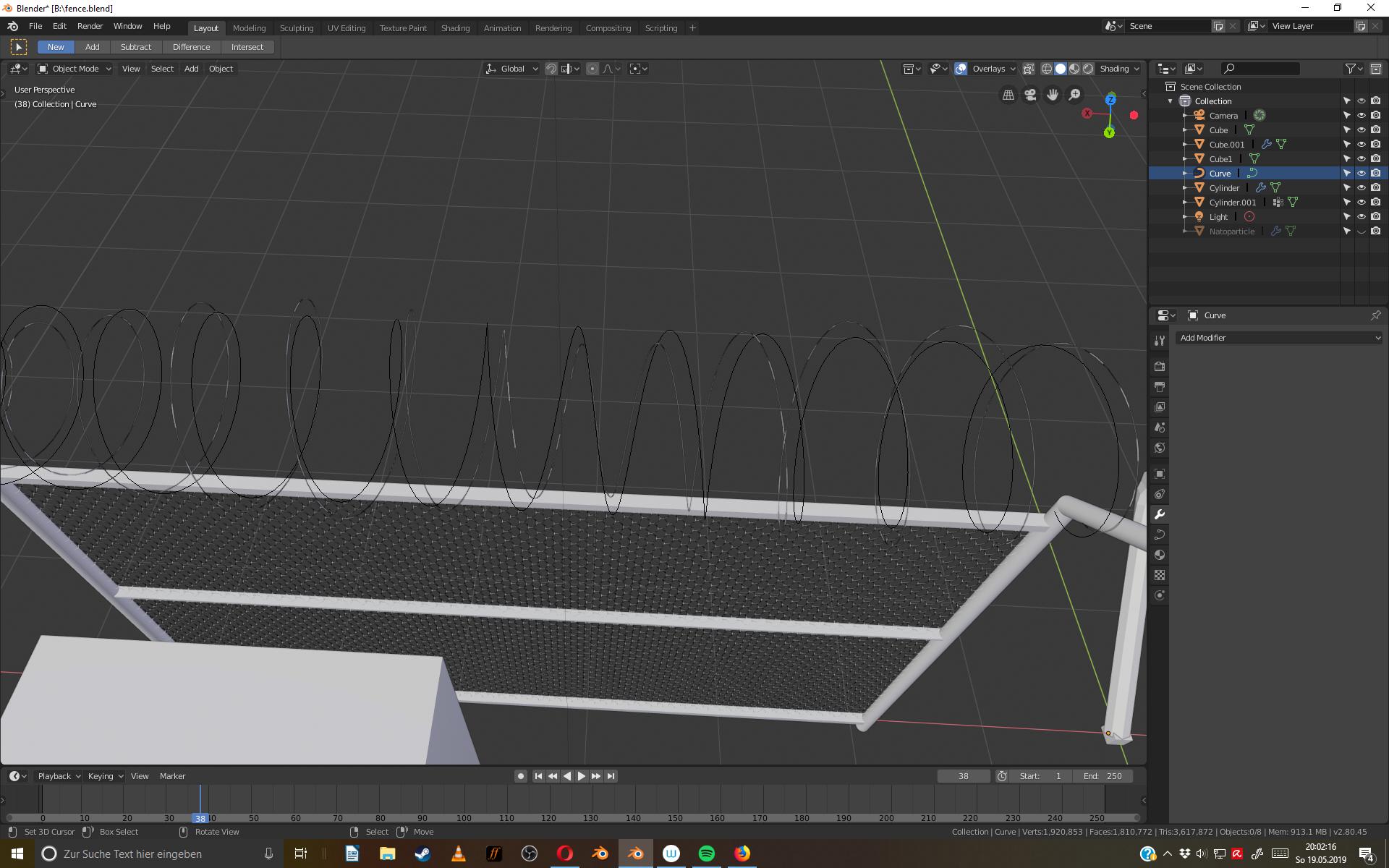 Model a single segment of the wire and razor. 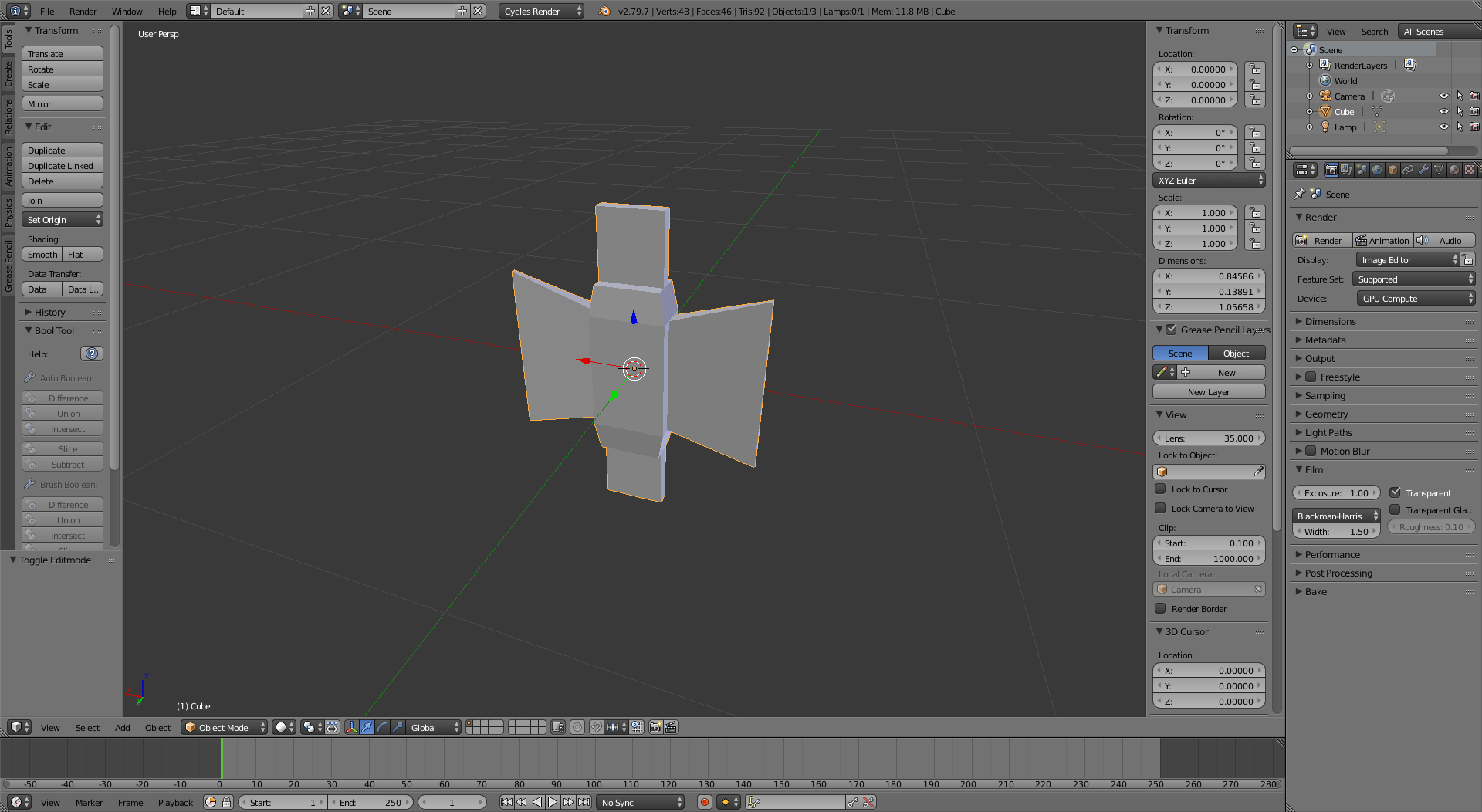 Create a curve object with the spiral shape you need (use the Add Curve: Extra Objects addon to create spirals) 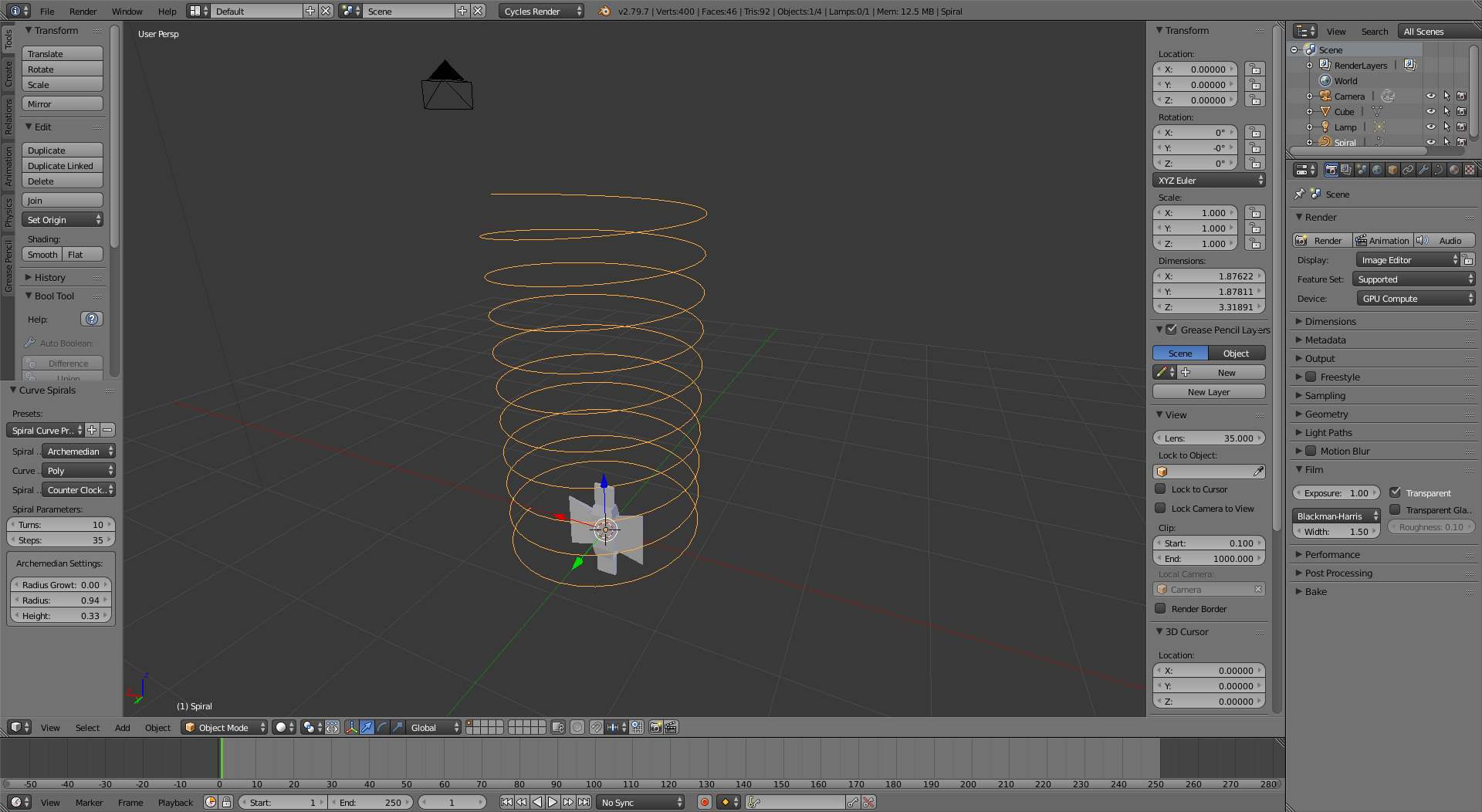 Add an array modifier to the wire/razor object 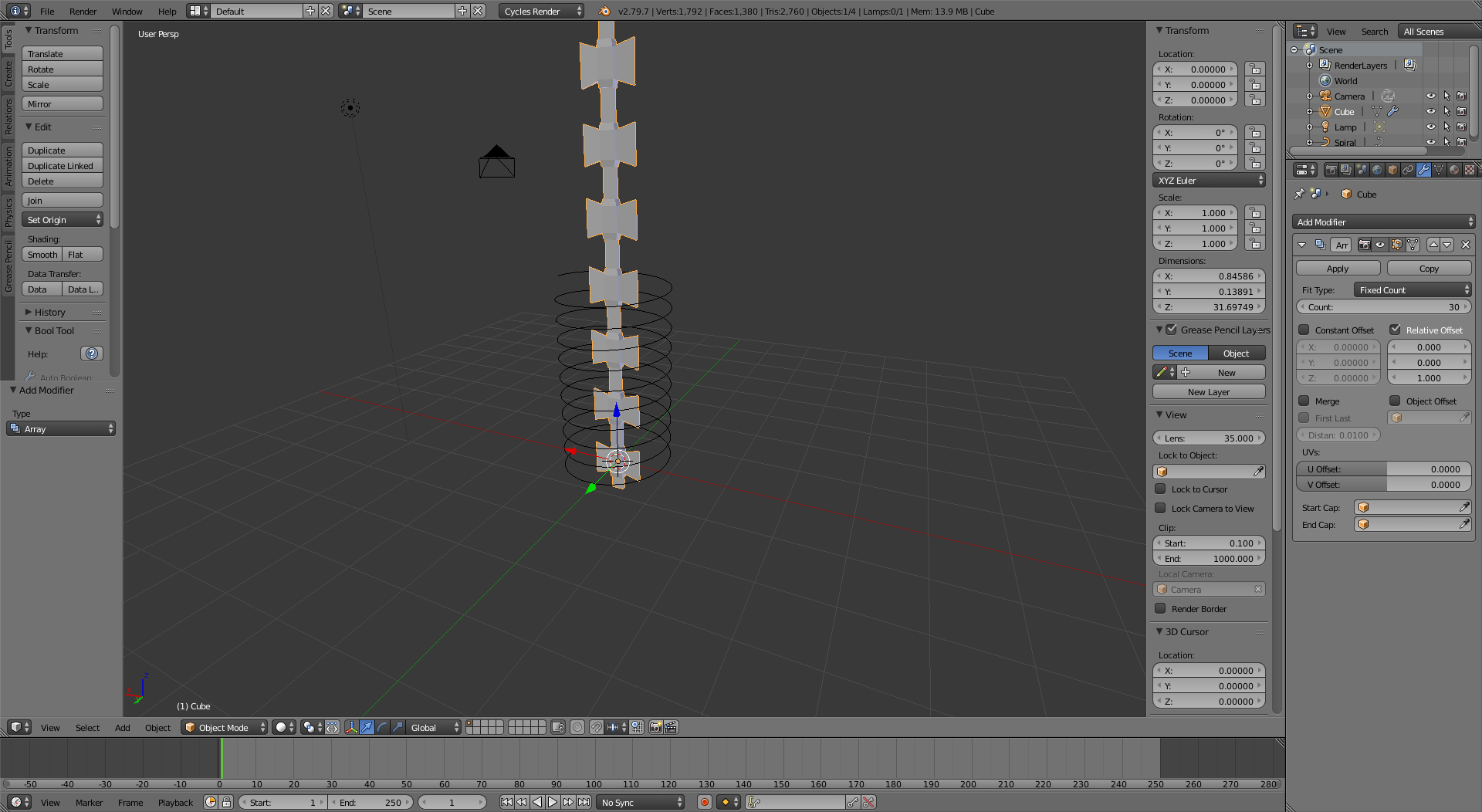 and then add a curve modifier that uses the spiraled curve as object for the array. Then set the array modifier to use the curve. 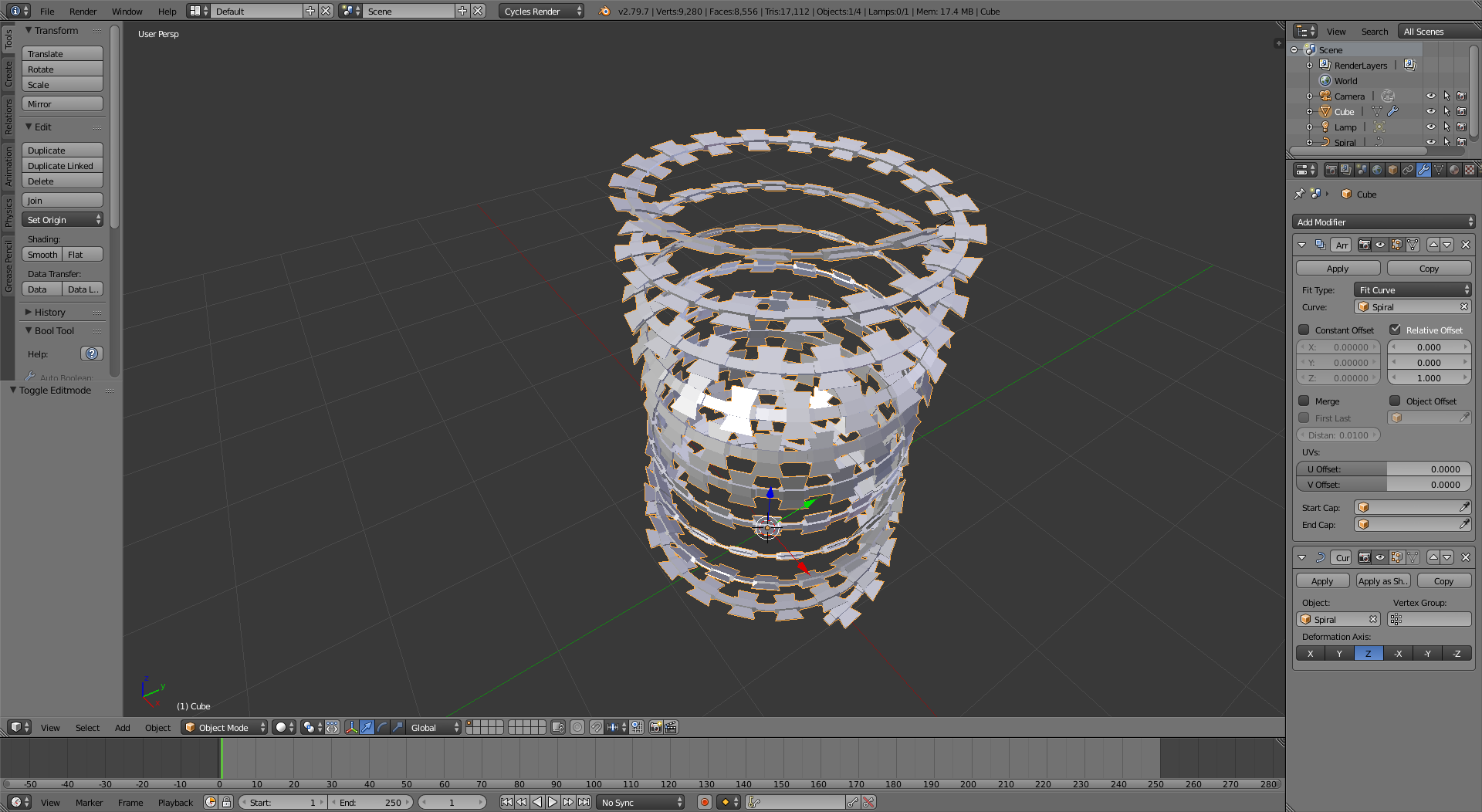 The original object and the curve remain editable, so you can shape them to fit your needs.

There are 2 problems to solve:

This used to be a typical use for Dupliframes, but they has been removed from 2.8.. they apparently don't play well with the new dependency graph.

so you can treat the barbs as particles (which will not be distorted), and distribute their emitter evenly along the curve. Distortion of the emitter will not be inherited. 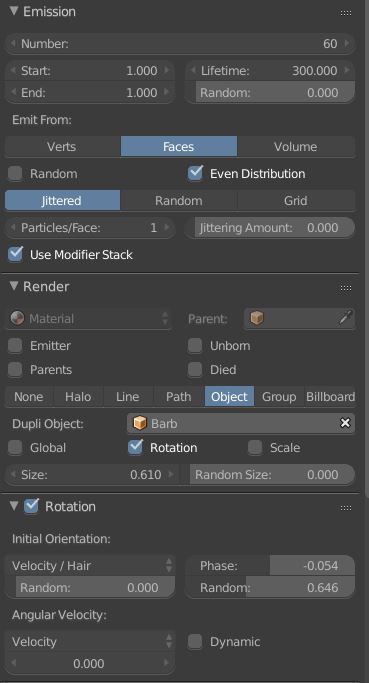 (Lifetime: as long as you like .. Count: the count of the plane's array modifier, the Barb object edited to have its local X along the curve) 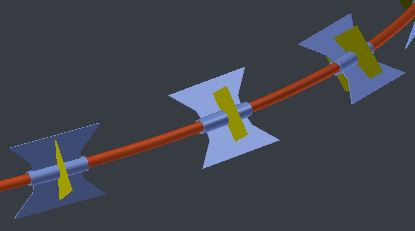 .. which has the advantage that you can put a random twist on to the barbs, if you want to, using the 'Phase' settings in the particle system's 'Rotation' panel. 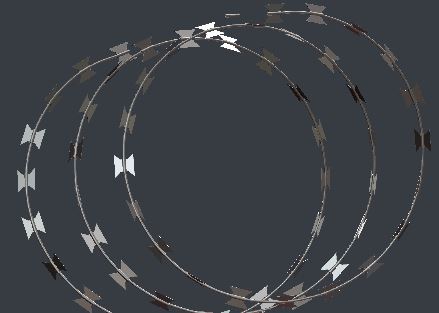 Try adding a curve modifier after your screw modifier.

First align a curve on top of you wire.

Then add a curve modifier and set the curve to the one you just created.

Even I'm not very good with curve modifiers and find them to be a bit finicky at times. It is important to make sure you apply rotation and scale for the curve and the the wire because sometimes they can lead to some weird results. In my experience, it usually works better to have the curve's and the wire's origins on the same spot too.

And I can never guess which is the correct deformation axis either. Just go through them all until you find the one that works. In this example, I also had to move the wire a little bit so the curve would have more of an affect. Be sure you do that carefully and only on one axis at a time so you don't mess anything up.

Not the answer you're looking for? Browse other questions tagged modeling modifiers bezier-curves screw-modifier or ask your own question.

2
How do I perform multiple extrusions around a spiral?

8
How do I create a circular slide (similar to a water park slide)?
10
Create flat coil
1
How to create screw thread with a circular profile
22
Create a wire coil
3
How can I create a boolean mesh to replicate the movement of a milling bit?
2
How to create wire between objects
1
What causes the screw modifier to fail and create black 2d slice from a bezier curve?
0
How do I texture an arrayed mesh?