What is the weighted normal modifier for?

I always use the autosmooth option every time I make my models shading smooth but then I found this modifier and tried to use it. The only thing it did was make it darker in the edges? I'm not quite sure what it does but why you would use this if the model looks similar without the weighted modifier. 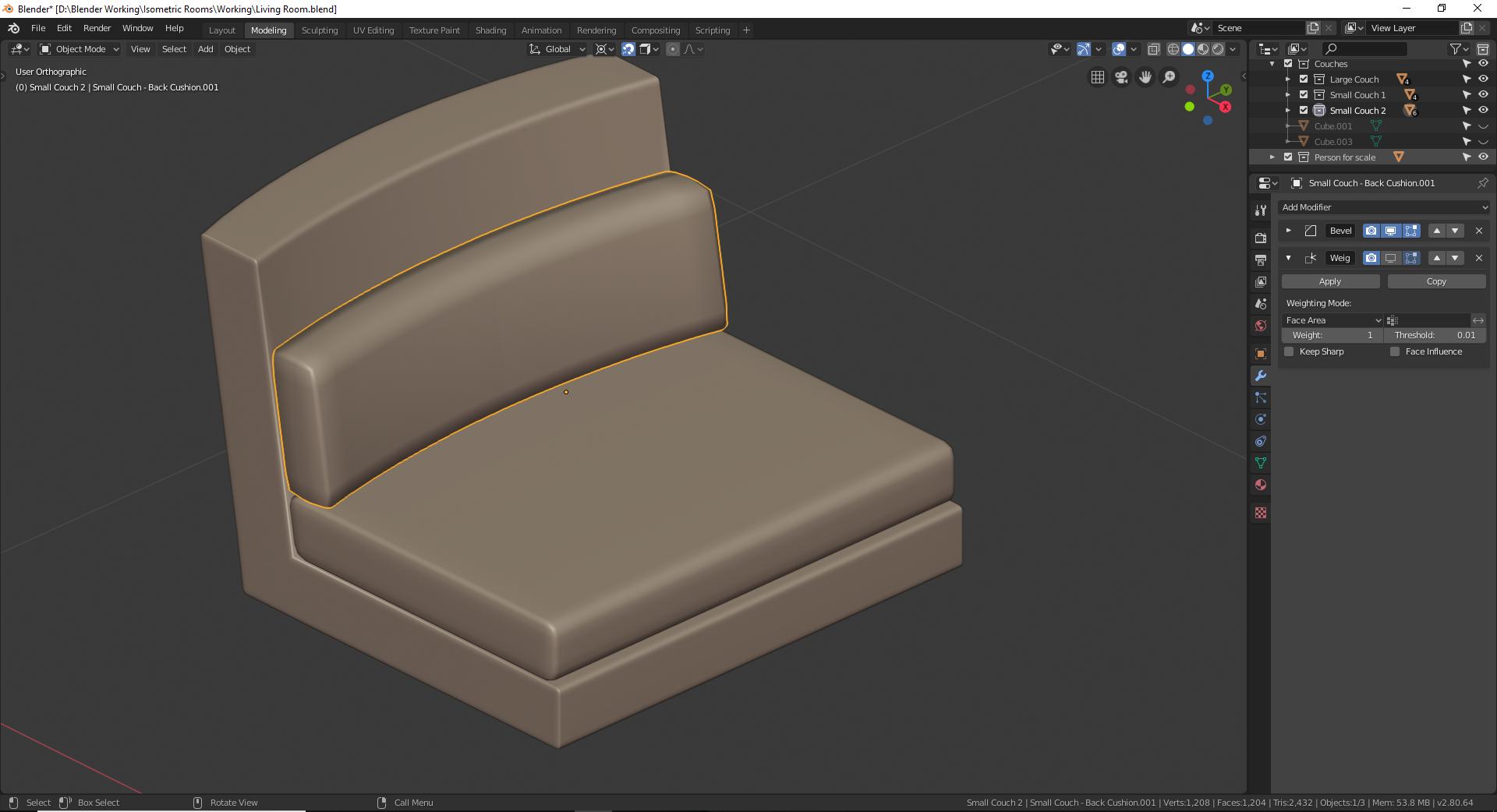 This is the model with only autosmooth on. 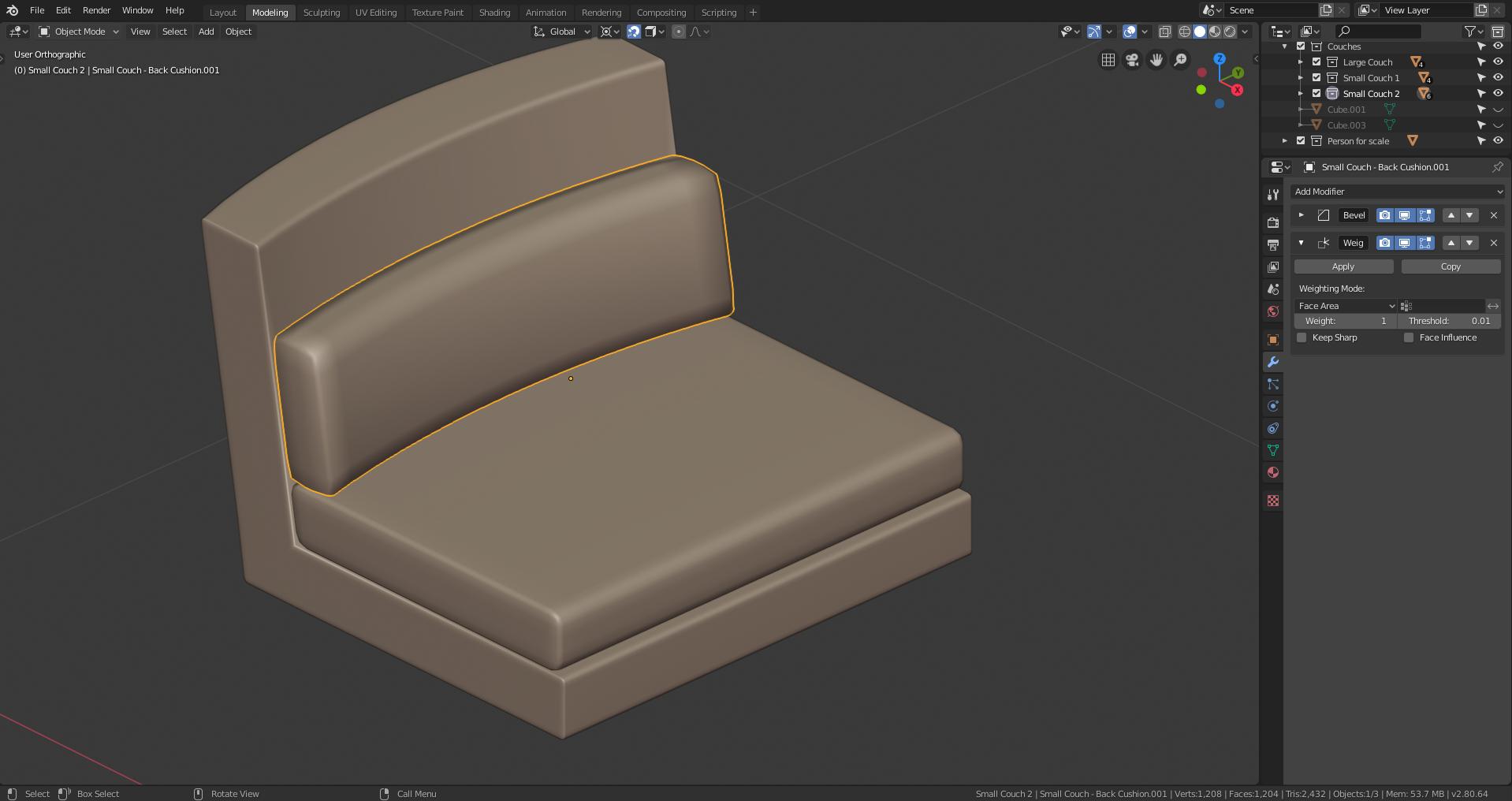 With both autosmooth and modifier enabled. The only difference I see is that around the edges it gets a little bit darker, it looks similar with only autosmooth. The seat couch didnt changed at all so I just disabled the modifier.

So when is this modifier useful? Thanks 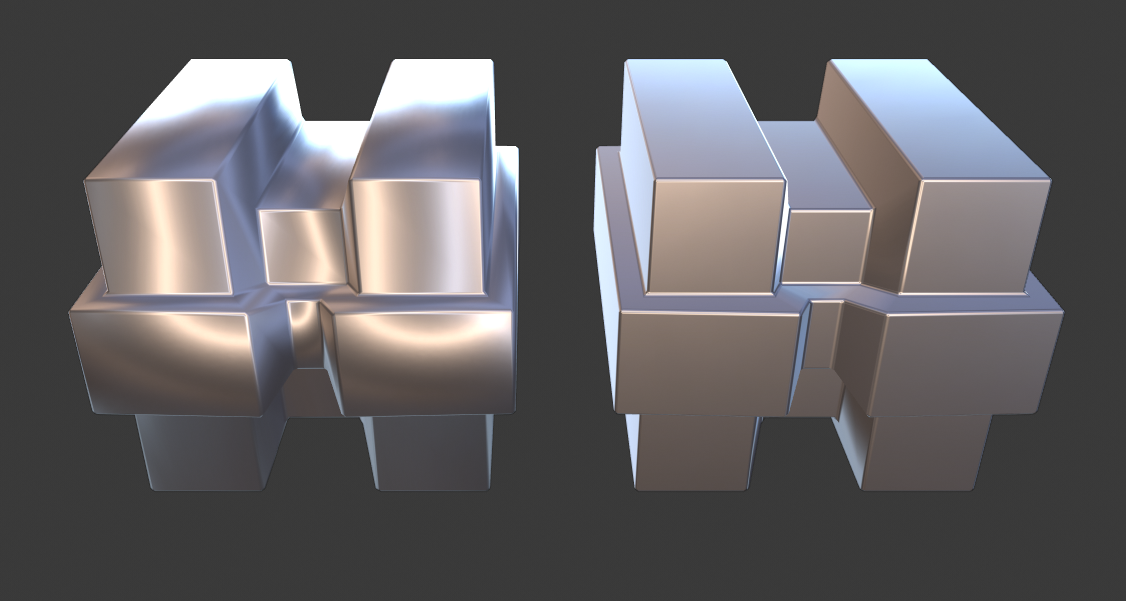 Face weighted normals (FWN) is a technique to improve shading for 3d models. Shading can be improved by adding bevels and altering the vertex normals to be perpendicular on the larger flat polygons. This forces the shading to be blended across the smaller bevel faces, rather than across the entire model. http://wiki.polycount.com/wiki/Face_weighted_normals

To visualise this let's look at our example: 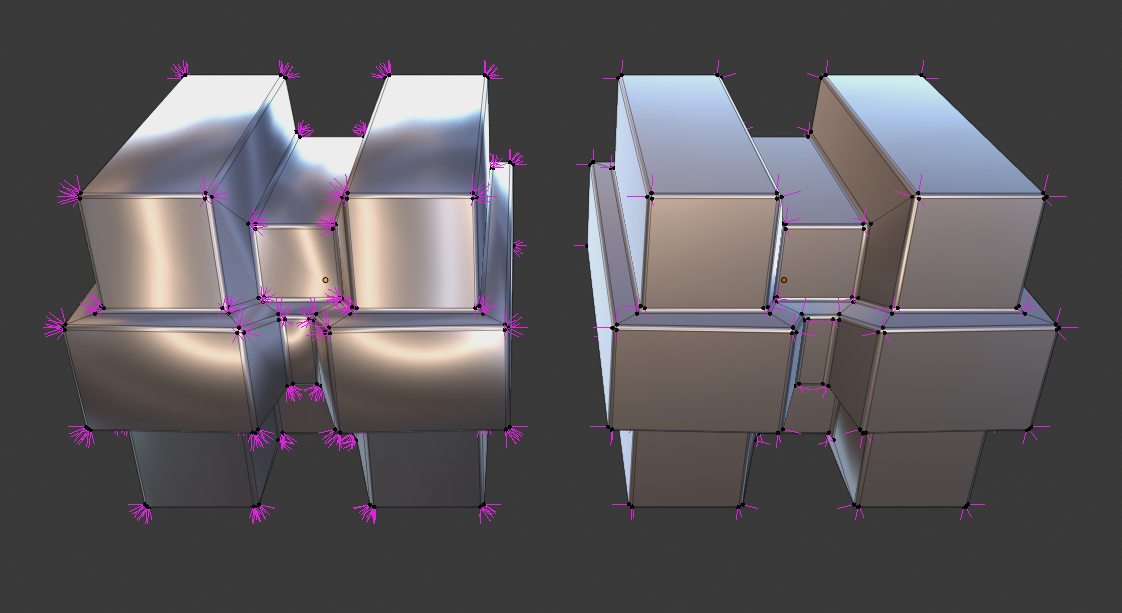 You can see here how vertex normals were calculated and gave flat surfaces and nice smooth bevels. Most important thing here is that Bevel has only 1 segment.

Where to use this technique?

Most commonly it is used for low/medium poly assets - games.

Read here about how it was used in Star Citizen: https://polycount.com/discussion/155894/decal-technique-from-star-citizen

I'm personally heavy using it for arch design. Where you can have whole building with bevels, not so good topography and still results are nice and smooth.

Using it with high poly assets sometimes also could be beneficial especially when topology is really messed up.

Weighted vertex normals improve the appearance of virtually all geometry, and is generally superior to the traditional non-weighted average. It works because the undesired shading artifacts are displaced from large (highly visible) polygons to their smaller neighbors (less visible), and thereby guarantees improved visuals in virtually all common situations. https://www.bytehazard.com/articles/vertnorm.html

Check also this question with comments: Is it possible to get automatic smooth edges with flat faces without adding geometry?

You can also utilize this method by using Harden Normals in Bevel modifier - AutoSmooth need to be turned on also. 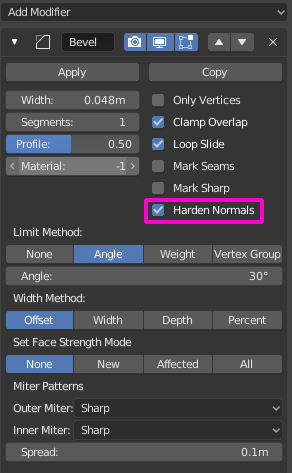 10
Is it possible to get automatic smooth edges with flat faces without adding geometry?
0
Funky Shading After Boolean

4
Texturing with remesh modifier
7
What is the role of Auto-smooth?
1
Mesh goes dark blue after applying auto smooth, happens when i flip normals
2
What does 'Mark Sharp' *actually* do?
0
Wrinkled model (normals?)
1
Blender - Subsurface Modifier causing extreme pinching in L-shaped corner
0
How to model this seat with curved edges/corners