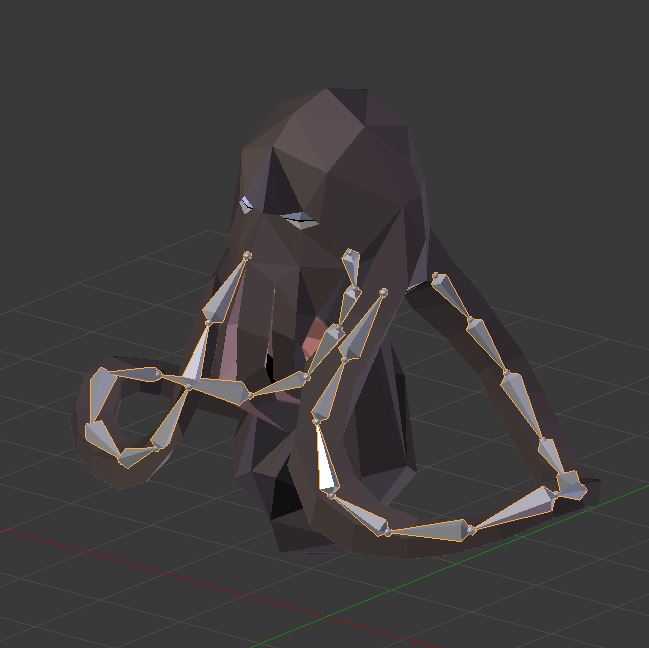 but i found out that when I rotated the head certain vertices on the head mesh would stretch away from the bones. I thought that I could just leave it be since it wasn't that noticeable but I later found out that moving the head around from the origin of the "rope" armature causes the same issue to a more noticeable extent.

The vertices affected with the problem stretch in the direction of the head being transformed, they act as if they are where they would be if the transformation value was doubled. I'm guessing there's something wrong with the mesh itself at these affected vertices but I am unsure of any way to identify what is wrong with them specifically.

I followed this tutorial for hair physics https://www.youtube.com/watch?v=02YYfXC7H8U , it's a string of rigid bodies connected by empties. 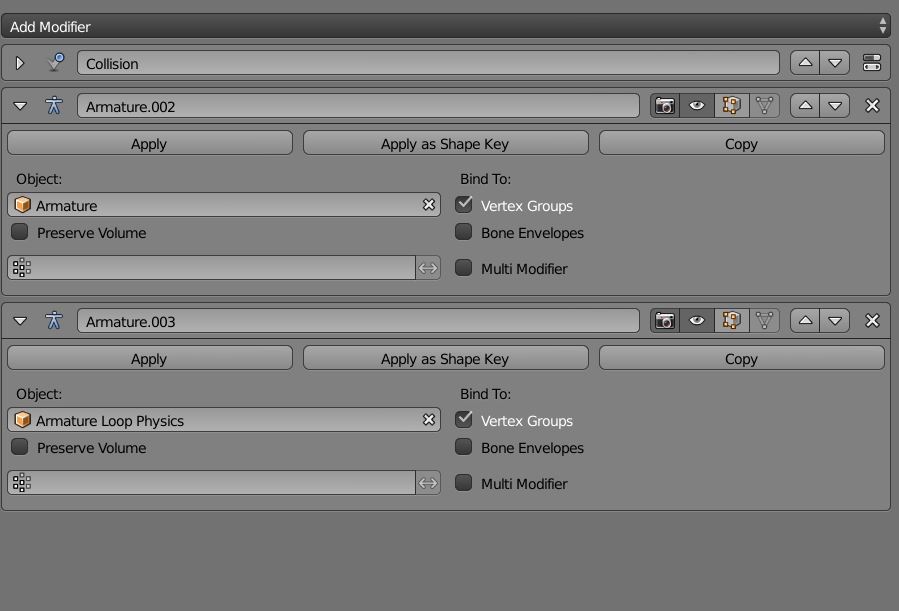 It looks like you are getting some of the deformation applied twice. In this case it appears to be a mix between parenting and multiple armatures.

The first thing to do is to check the "Multi Modifier" checkbox on any armature modifiers after the first.

Not the answer you're looking for? Browse other questions tagged mesh rigging physics vertices rigidbody or ask your own question.

5
Attach rigid bodies to rigged mesh
2
Sharpen mesh curves by dissolving vectors
1
Why is one bone distorting my mesh? Only one vertex group?
0
How to label vertex/line within mesh
0
Problem with proportional editing on a curve
0
Rigid body hair mesh clipping and collision issues
1
A script to exclude specific vertices from Shapekeys?
0
How to add physics to the object that already follows another object?