Is there a way to utilize emissions in VFX?

I have a piece of footage that I motion-tracked fairly successfully, solved the camera motion, and made it into a 3D scene with that little button on the left of the motion-tracking layout. I then modelled a basic spaceship-thingy and animated it landing, with flames (specifically the fire shader from Simon Thommes) emitting light onto the ground plane (which is on the mask layer).

I would like to add the light from the flames into the footage, but it does not show up. I do see that there is no DiffuseIndirect pass in the compositing setup but I do not know how to mix that pass in and, if I can, whether the light from the HDRI will mess it up.

Is there a way to add in emission so that the render will look more realistic? 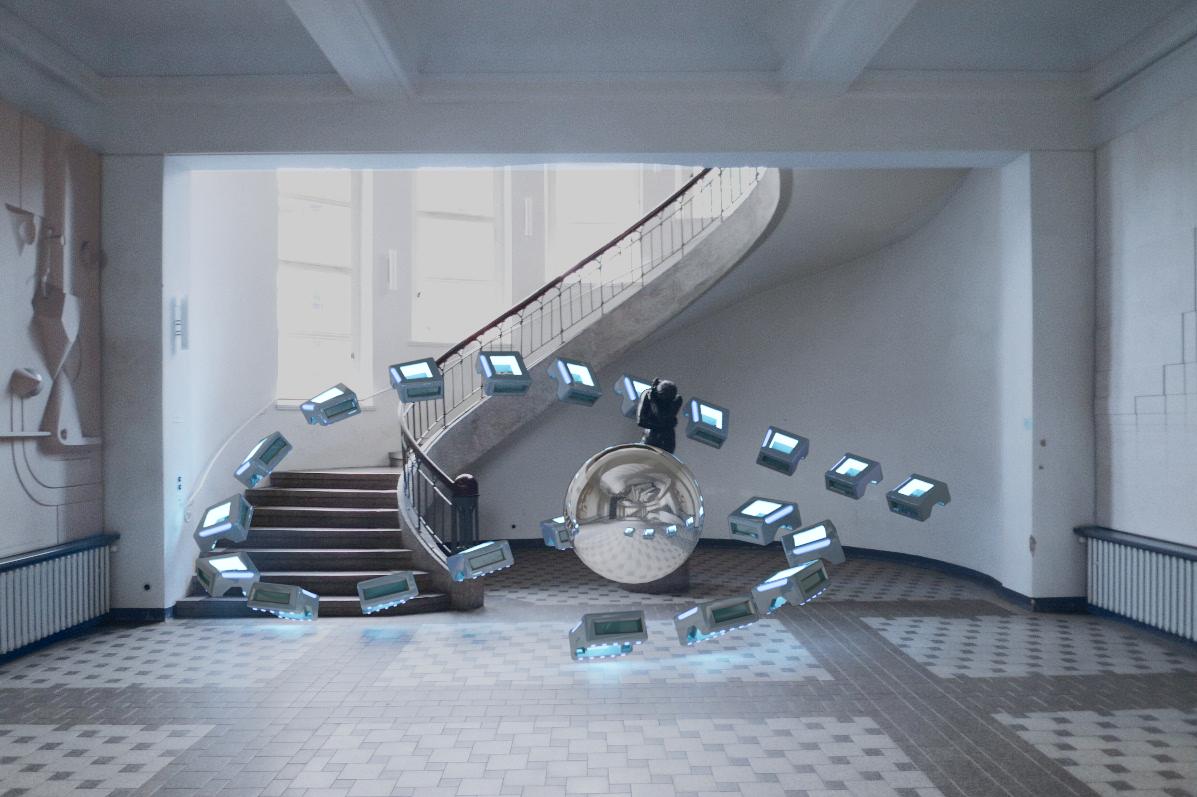 I have chosen this template image. The process will be the same for moving, tracked footage, but the tracking must be very accurate.

I have recreated the environment with very basic shapes. This result in the following layer setup.

Since we have rendered a virtually lit environment with and without influence of the cg model, we can create the difference between the lighting. We will then apply this difference to the background footage. 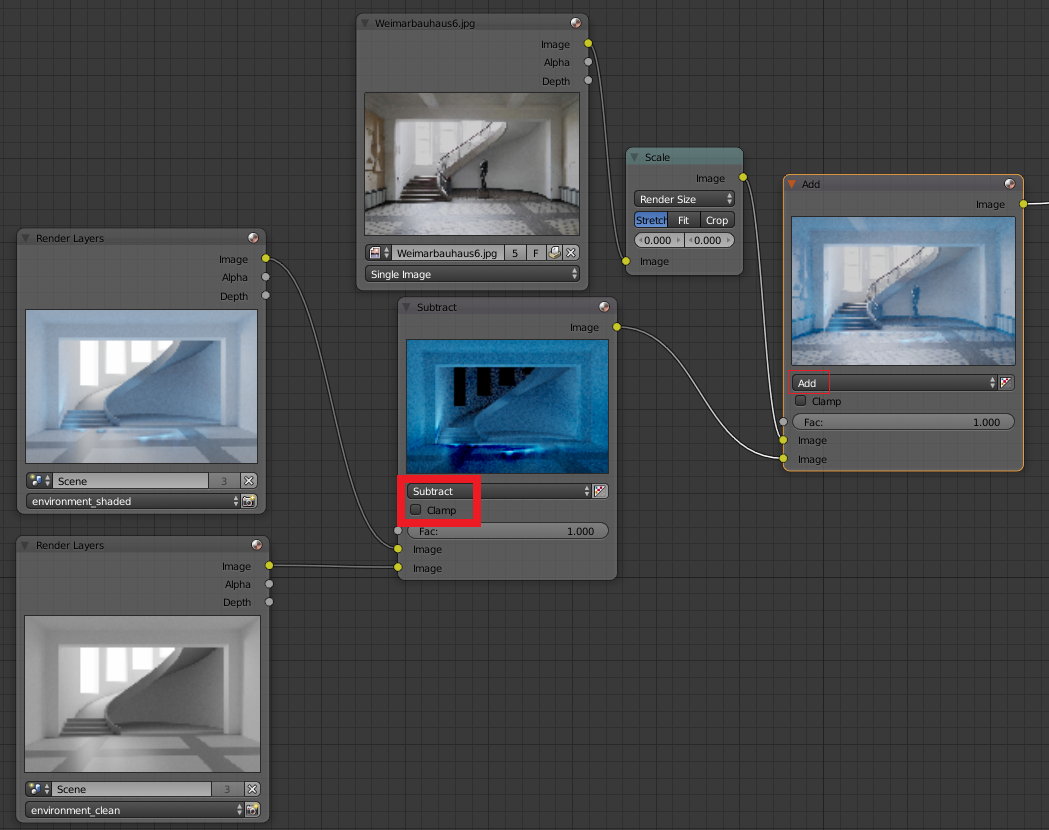 Note, that in the areas, where there are dark colors in the original live action footage, but light color in our virtual environment, the added lighting looks very unnatural. 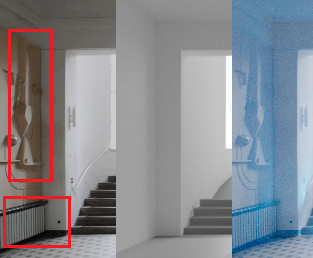 While shadowy areas would naturally receive light, objects with dark colors won't get equally lighter as object with brighter colors. A quick and easy fix is to only add the light/shadow to already bright areas. We can achieve this by using the original image (modified by a colorramp) as the Fac value for the addition. 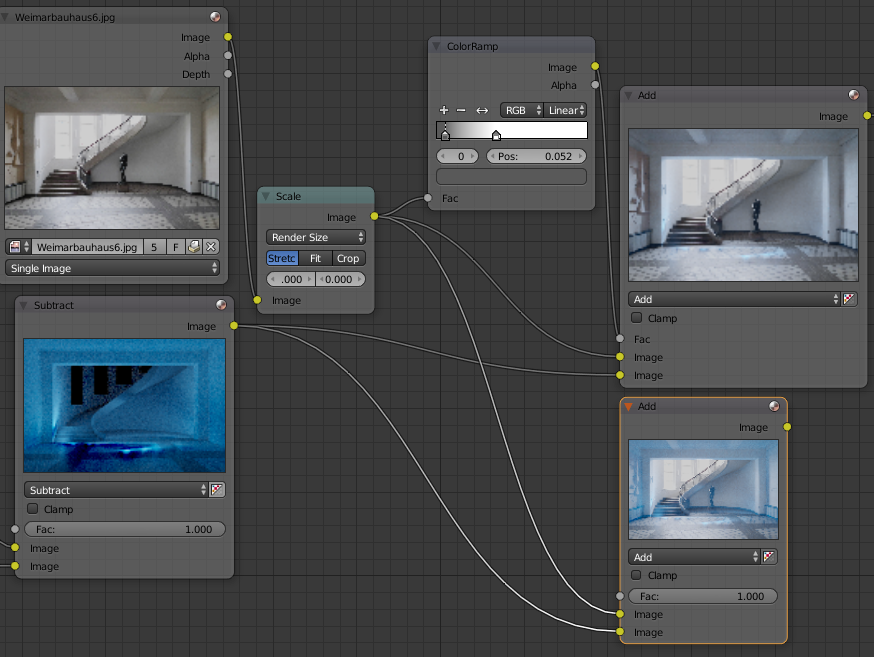 Obviously a more convincing image is accomplished by modeling and shading the virtual environment more accurately. (Or combined both.)

Add the cg model (render layer) on top of this modified version of the background using a mix or alpha over node. 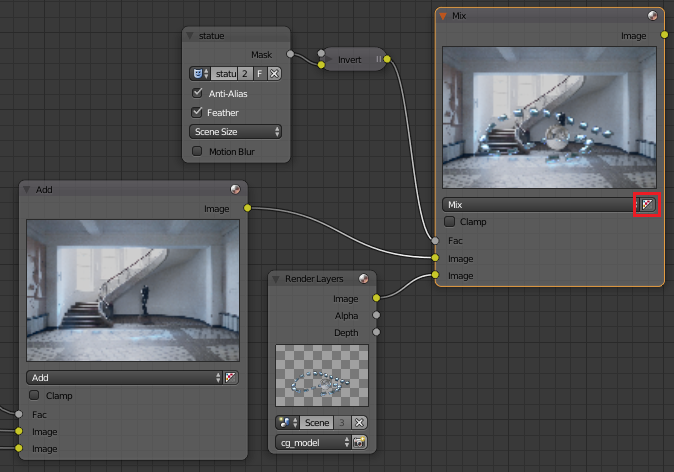 Here is the complete node tree.

The rendering process will obviously take much longer than a simple shadow catcher or other tricks, because it uses three different layers. The two environment layers will take a lot of render time because their noise will accumulate in the subtraction and they usually need a high sample count for the indirect lighting. The setup will however easily produce a realistic render result in little work time.

Not the answer you're looking for? Browse other questions tagged light compositing-nodes render-passes or ask your own question.

2
Can CGI elements emit light when in real video?
3
Emision Catcher for Blender
1
How to use a 2D video to make a skybox and reflect it in a mirror object
2
How to create more realistic shadows?
0
Can dynamic lighting on meshes be translated onto a video clip?
0
3D animated glass object in video -> how to add reflection
1
How to model into a 2d image?

8
Can I make smoke to cast light?
2
How to get illumination pass from a Smoke Sim with Cycles?
0
Is there a way to utilize simple math operations for color correction?
3
is there a way to blur the edges of the holdout shader
0
Make objects reflect from separate view layer 2.8