How do I split a mesh of quads into their true triangles?

I am trying to make a low-poly triangulated version of the built-in torus.

A problem arises when I add a triangulate modifier: the torus becomes very "skinny". That's because it splits the quads into two triangles, and you get "indents" due to the shape. In order to really understand this, try it for yourself, rotate the camera a bit while the triangulate modifier is on and while it's off. You'll get what I mean.

edit: see this image. The blue torus looks much nicer, right? That's the quad version. The red torus is the "skinny" triangulated one. 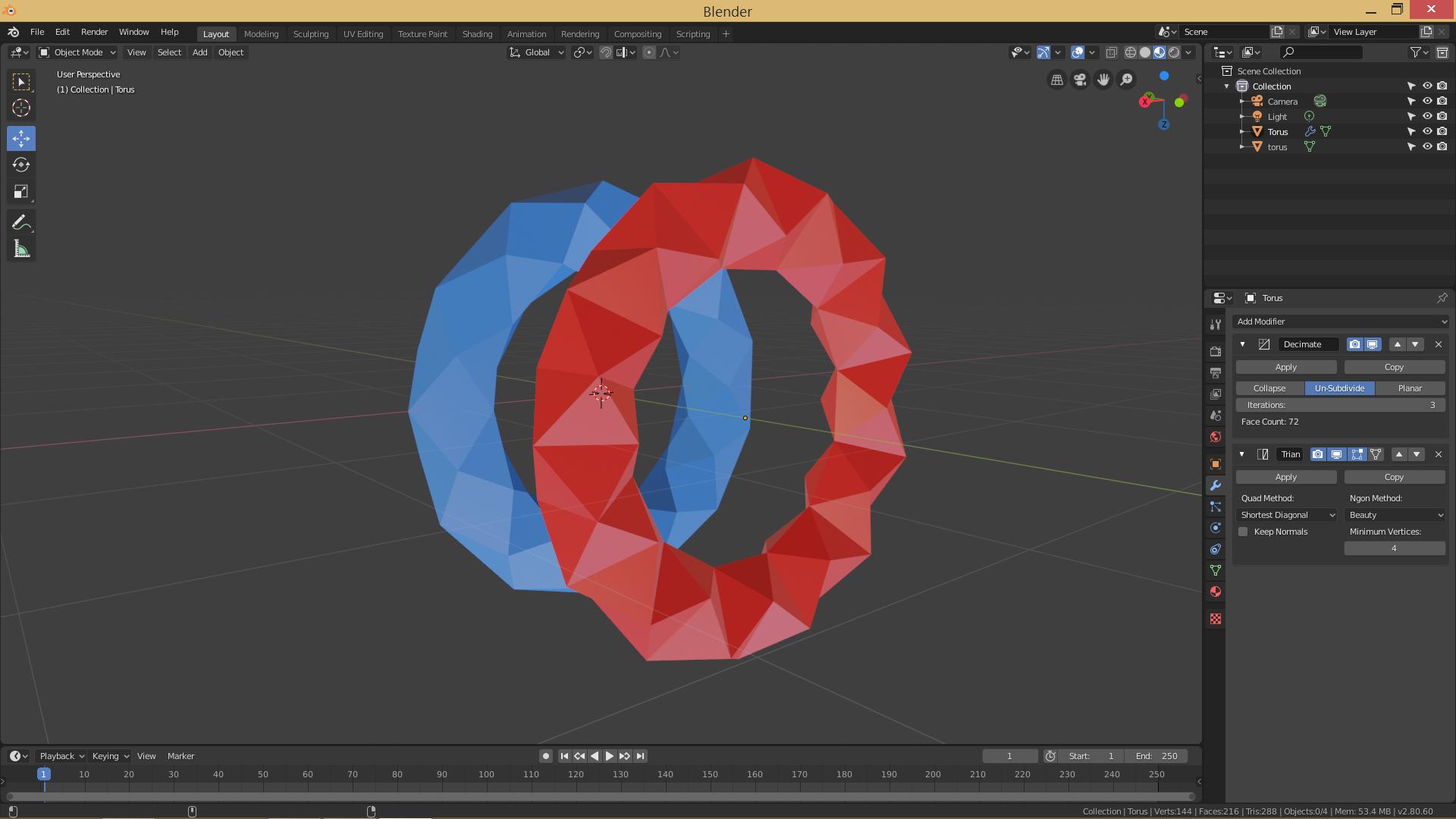 edit2: setting the quad method to "fixed" seems like what I'm trying to do, but it makes this weird artifact, what's that about? 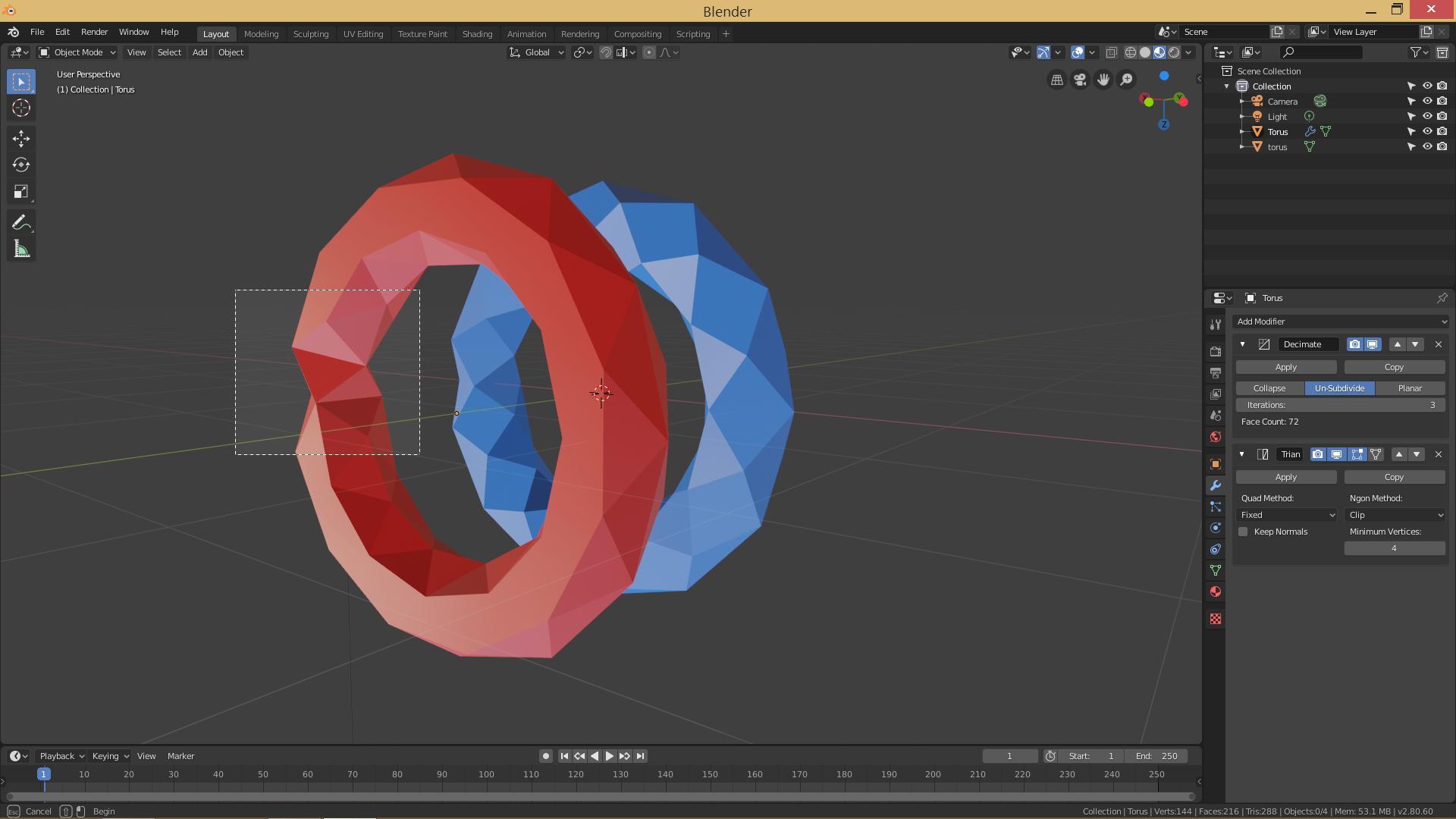 edit3: I have since corrected the mesh generated by fixed triangulation, but I would still like to know for the future.

Browse other questions tagged modeling mesh modifiers or ask your own question.

4
How to correct Blender "physics visualization" inconsistancy with base mesh made of quads
7
Triangles to Quads Problem
0
Turning incidental triangles to quads
1
How to split all triangles from a mesh?
1
How can I split a large face into nice even triangles?
1
How to make triangles into quads Boolean operation