Scale not centred on selection or origin

Scale not centred on selection or origin. I have an image showing this. Am I just not aware of a feature that is for some reason active or is this an issue? In the image the bottom half is showing the actual objects origin which is centred. And the top portion is showing how it is scaling. the object is symmetrical in all direction. Apart from seeing the offset of the scaled selection the actual scale indicator, thin black line with across on the end, is consistent with the selection. I just don't know why that scale centre point is where it is. 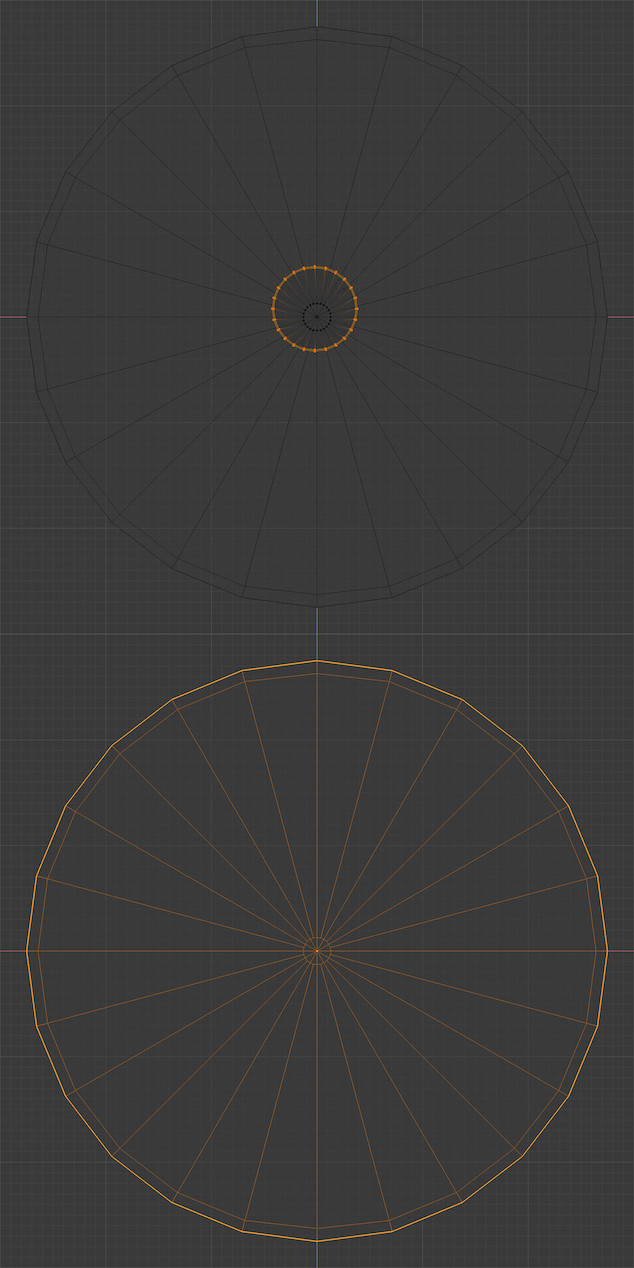 I just created a movie but I can't seem to upload it. It's only 11mb. Link here. Sorry.

Your scale is always relative to the location of the 3D cursor when you have it set as the pivot point. Place your cursor in the center of the selected section and try again. Type [SHIFT-S] and use "Cursor to Selected". Make sure your pivot point is set to 3D cursor. Then the selected vertexes will scale as you are expecting them to. 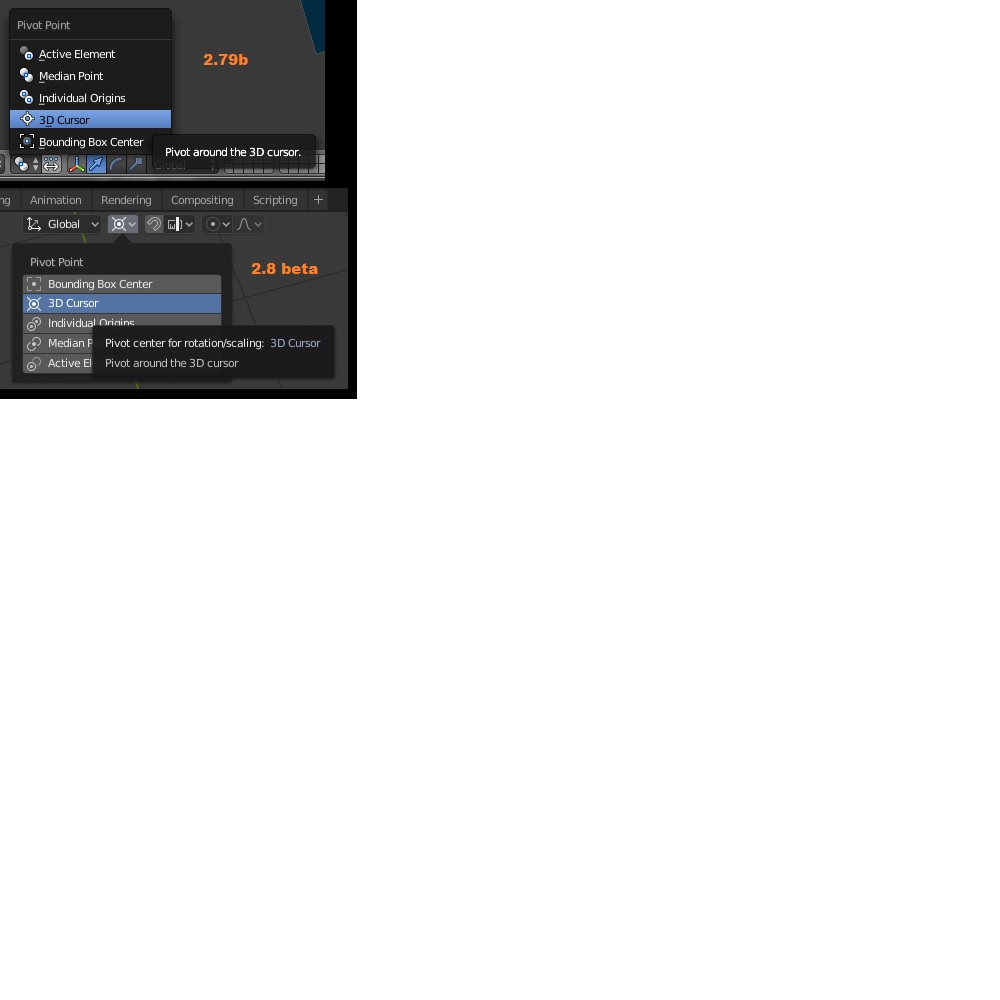 Hi,
I don't know if this is exactly what your problem is, but I also had trouble scaling an object around the point of origin because it kept scaling around the centre cursor. At the top of the screen, you should be able to see a dropdown menu (it's next to the 'snap' and 'proportional editing' tools). Make sure it's selected to 'bounding box centre'. I found that this worked a charm and sorted the problem right out!

(I am using Blender 2.81, so you might have a different layout.)

To clarify - in the two pictures above you originally posted 1) you have the larger circumference selected. 2) that selection is the one you are scaling 3) when you scale it down it is the second picture [the top one] and it doesn't stay centered.

Rotation and scaling are relative to the pivot point. Even if you have the cursor centered but have the pivot on something else it won't work. Both the cursor and pivot point have to be set.

There is also another slight possibility. You may have inadvertently moved the objects origin relative to the geometry while in edit mode. This shouldn't be the case here, but I will explain anyway in case it helps later with something else.

Create a cube. Notice the orange dot that floats around in its center. Go into edit mode [tab], select all vertexes and move them - the whole box will move, but the origin marker [the orange dot] stays still. Now go back to object mode. Now move the box around again. Notice the orange dot isn't in the center of the cube anymore. You have re-oriented the entire objects geometry's origin.

If you tell the cursor to go to selected, and it is trying to find the origin, it will wind up somewhere you may not intend. Reset the origin to the geometry. See image. Other then that you may wish to reset rotation and scale (CTRL-A)... ? 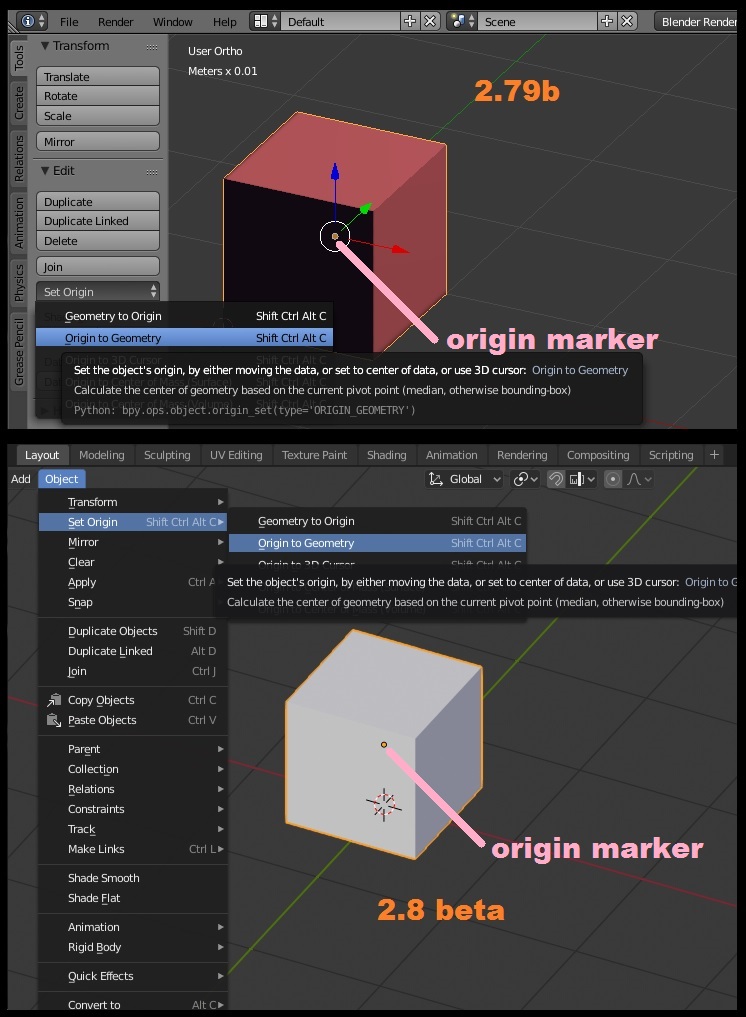 Closing this: Repeating the steps I used to create the same shape did not repeat the issue seen in the same file. It did happen to some of the other objects in the scene. but It's basically unrepeatable so I'll call it as it is. I will set aside a copy of the file with that object still misbehaving for future reference or testing. Just FYI, never know. Contact me by IM if anyone wishes... Cheers and thanks for the help/discussion!

Not the answer you're looking for? Browse other questions tagged scale or ask your own question.

0
Rip and scale Blender
2
Scale won't save
0
can't scale only at Z
3
How do I control the origin to my scale?