Split a mesh with a plane

I'm trying to split a mesh into two pieces along a plane like in this video, using Blender 2.62.

The closest I can come to splitting a mesh into two pieces along a plane is this:

This indeed splits the mesh in two, but it tosses out one of the new pieces (intersection, difference, and union all do this, but they differ in which of the two pieces get lost). Is there any way that I can fix this problem with the Boolean modifier or another way for me to split my mesh?

My goal is to eventually write a script which splits an object into many equally-spaced slices along a given axis.

For the bit about them disappearing when you use a modifier, this is fairly simple enough, just duplicate the object and change the modifier Operation on one of them to Difference and on the other, set it to Intersect and target them at the same object that you want to use and split the other.

You should now have two separate objects and still be able to modify them via their unique boolean modifier, when you are satisfied, simply apply the modifier and separate them.

In the image below, I have two separate objects but each has a boolean modifier with the same target which is the plane (I have set its draw type to Bounds so the objects can be seen easier). I have also applied the boolean modifier to the top piece so I am able to separate it from the rest of the object. 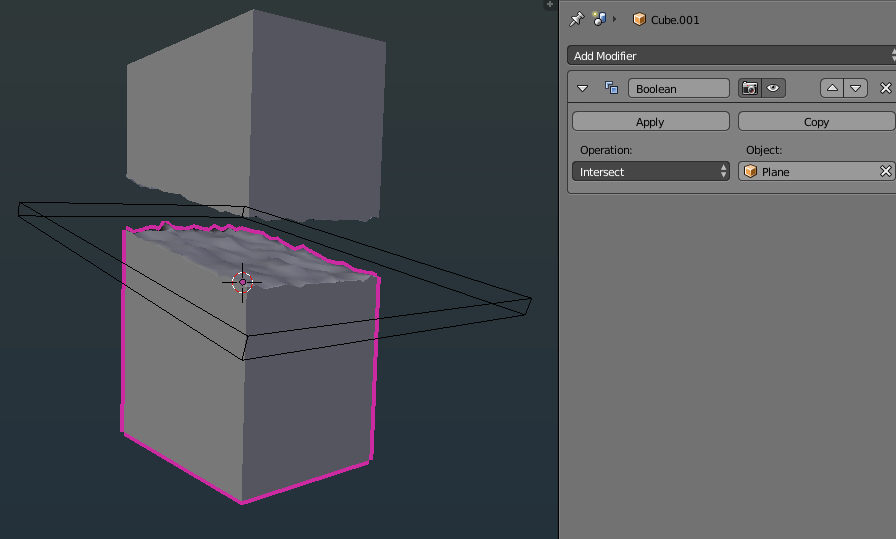