I have been having an issue adding array and curve modifiers to my objects. The object looks correct without modifiers. With modifiers it looks correct in edit mode but not in object mode. I modeled a simple pipe to demonstrate my issue and added a bracket to hold it to a wall. (The bracket will help show the rotation issue I'm having.) Once the array and curve modifiers are added the object rotates and moves in an unanticipated manner. 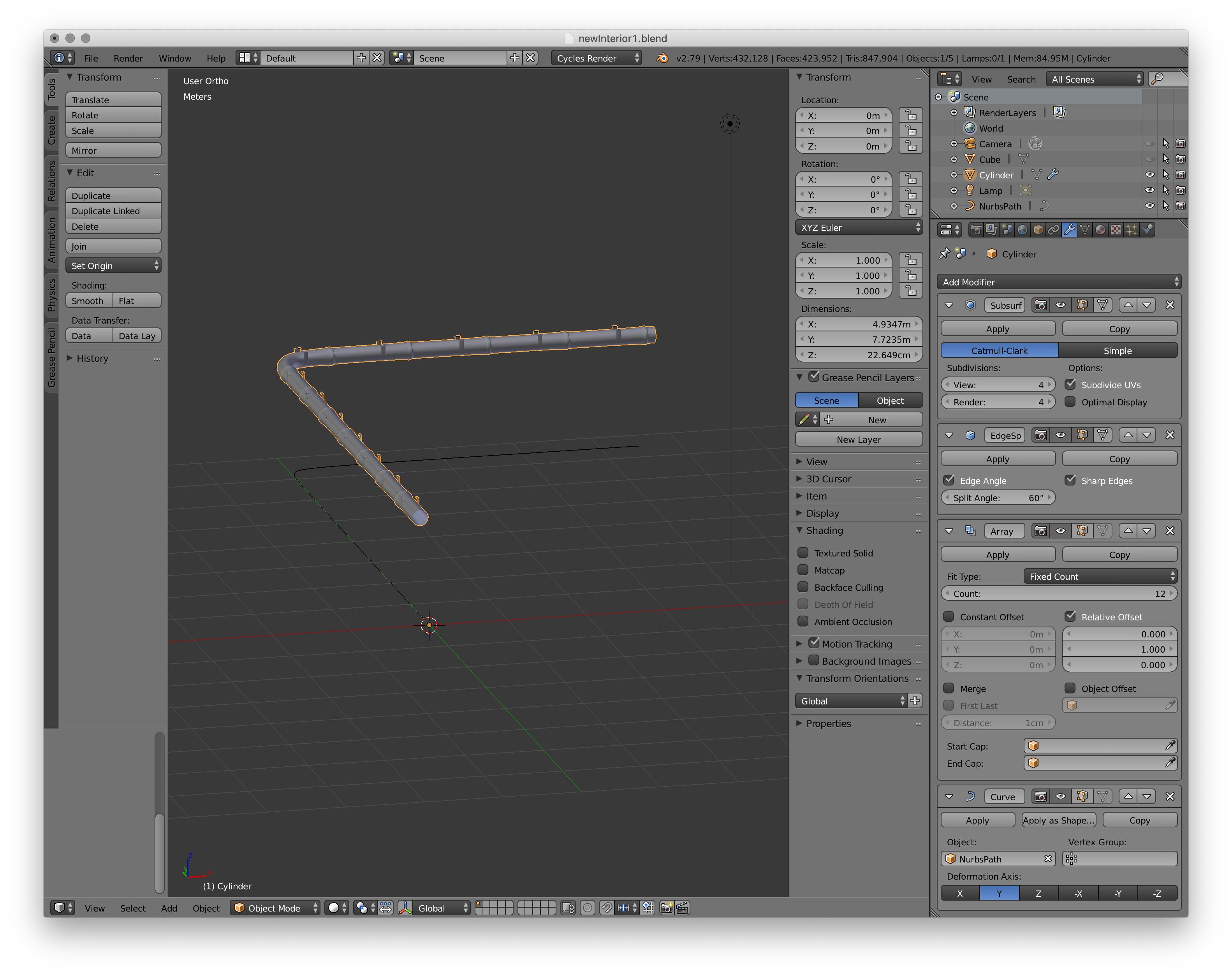 Basically, when I created and modeled my pipe I did so with the origin at the same exact origin spot of the NurbsPath I created for it to follow. In edit mode I moved my pipe mesh to where I wanted it and modeled out the pipe, joint, and bracket so I could have an array moving down the wall following the curvature of the NurbsPath. 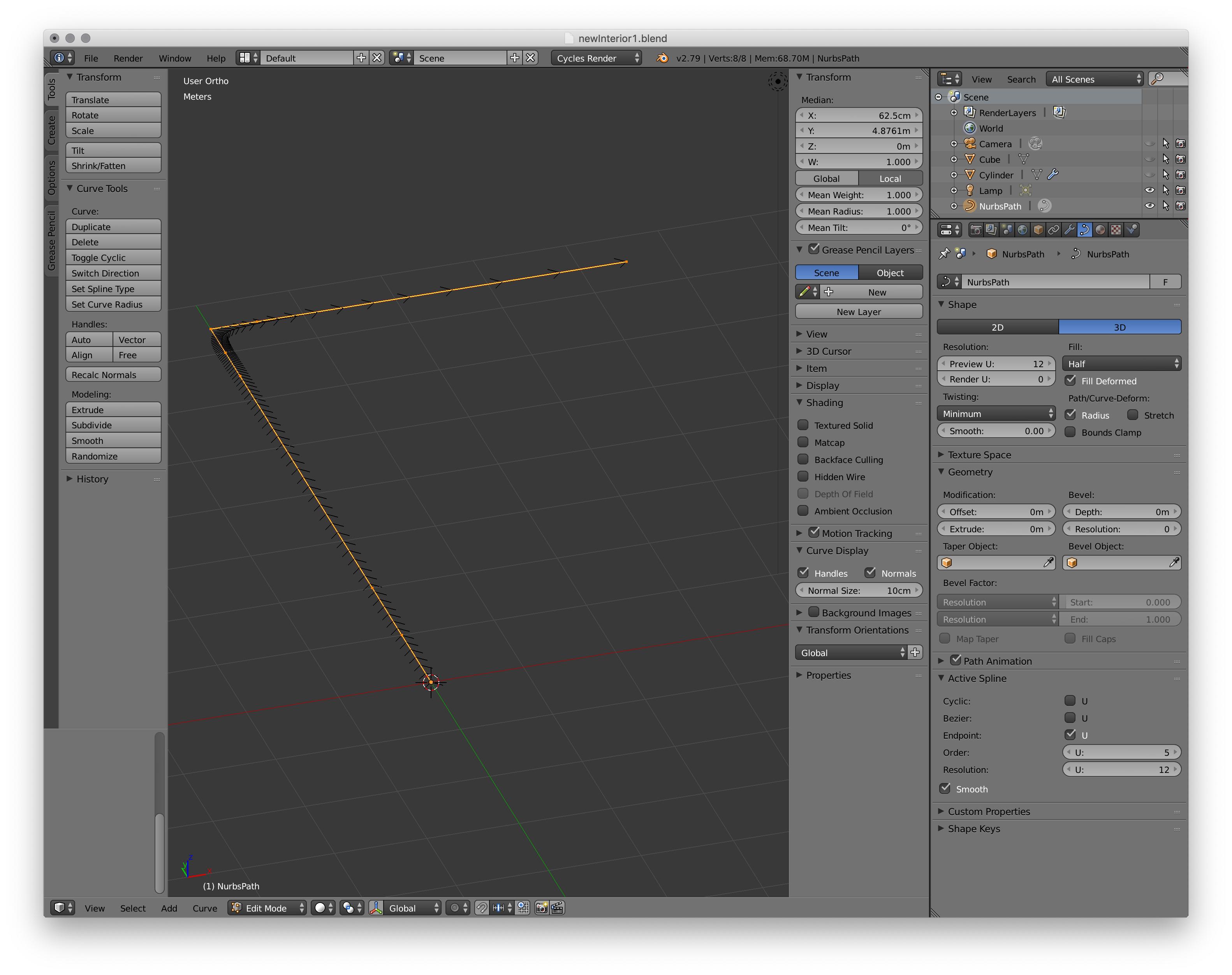 After modeling I added the array, curve, and edge split modifiers. The array shows the pipe going in the proper direction along the wall. Once the curve is added, I can get the pipe to follow the path by setting the deformation axis to Y, but it looks to have rotated my mesh -90d along the Y-axis and moved the object left of the path and up the Z-axis.

The pipe in edit mode where it should be: 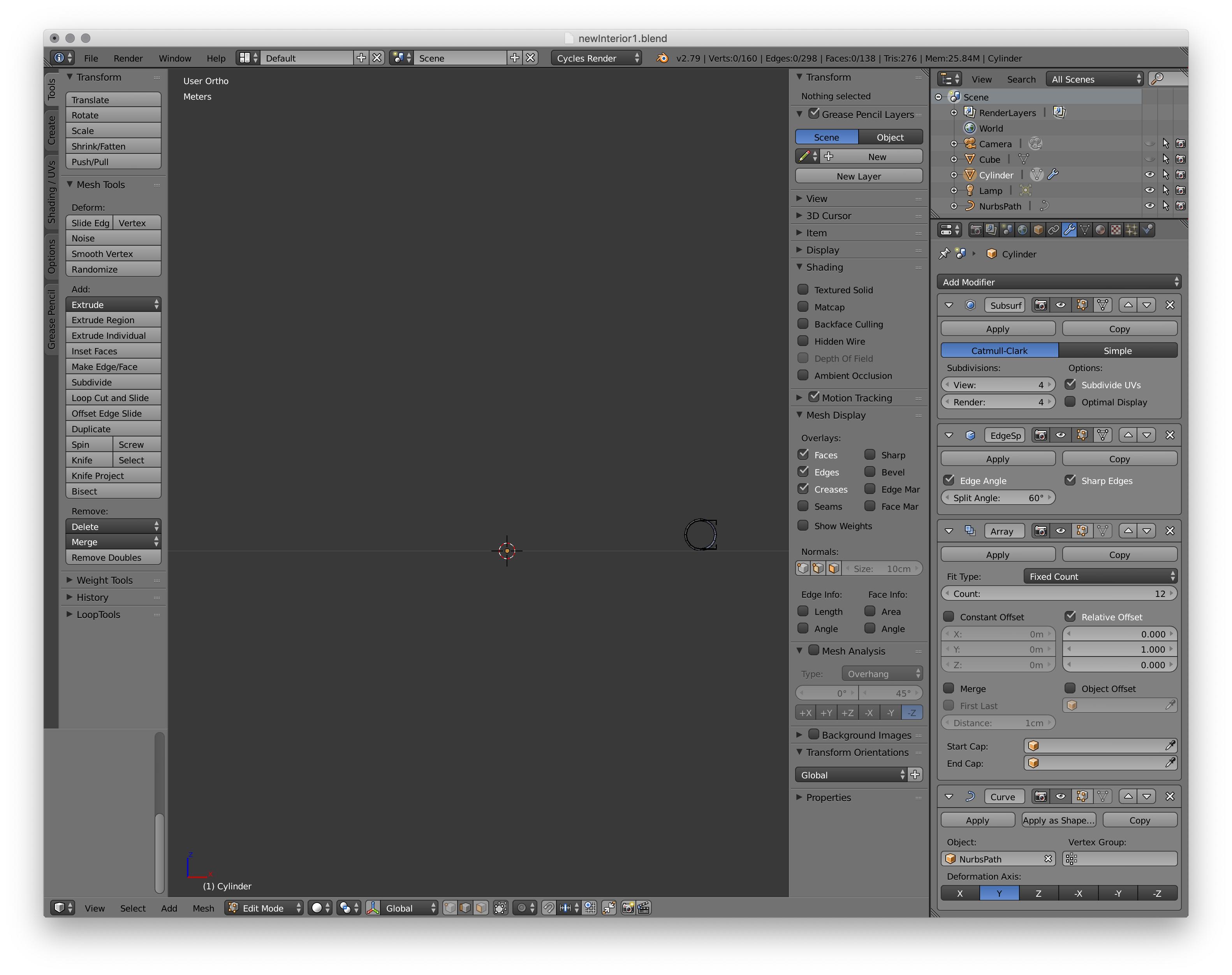 The pipe with modifiers in object mode where it should not be: 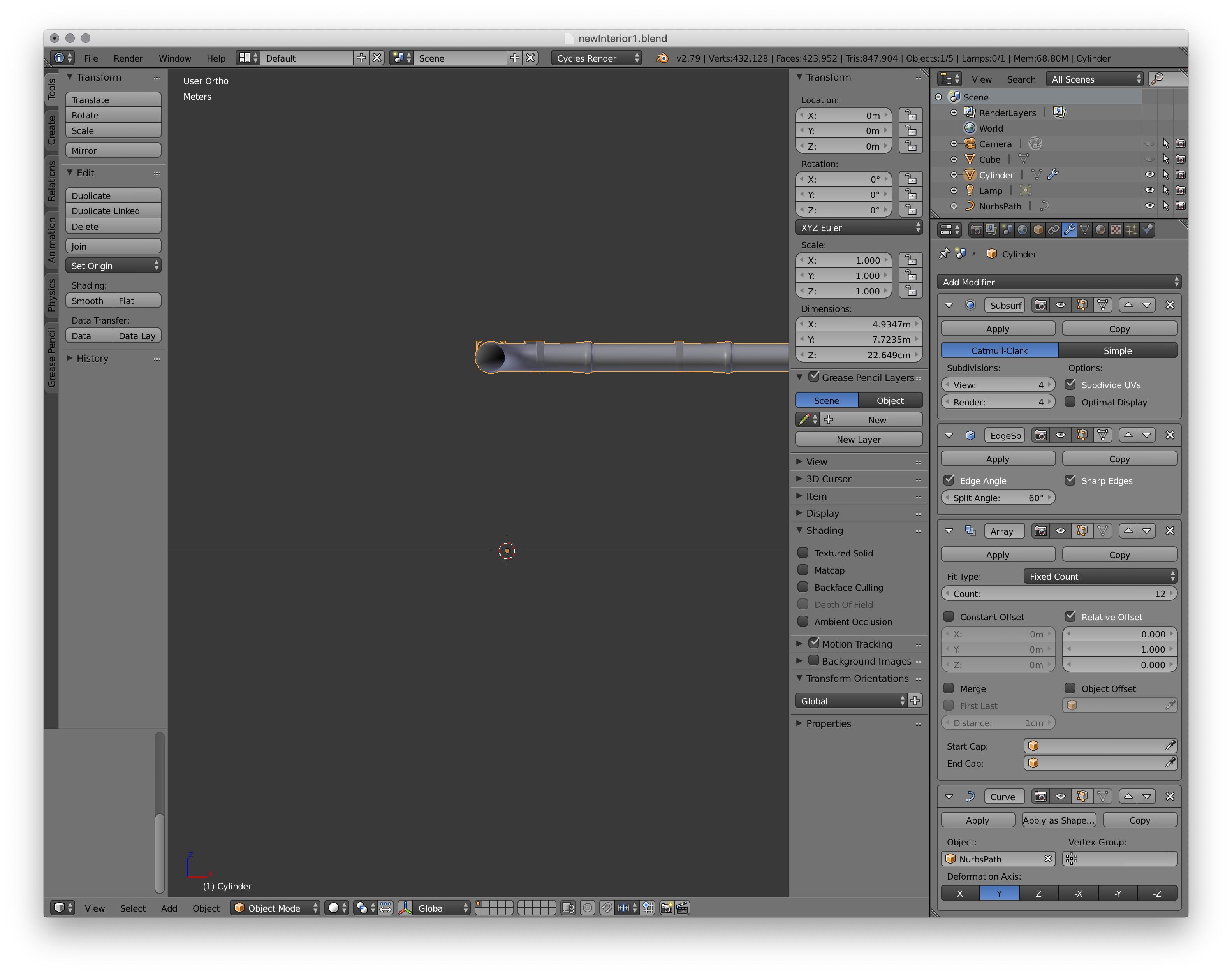 I cannot for the life of me figure out why it is doing this. I also can't seem to find another question on here that has the same issue, but I'm sorry if this is answered somewhere. Does anyone know where I went wrong?

Thank you for any help you can provide!