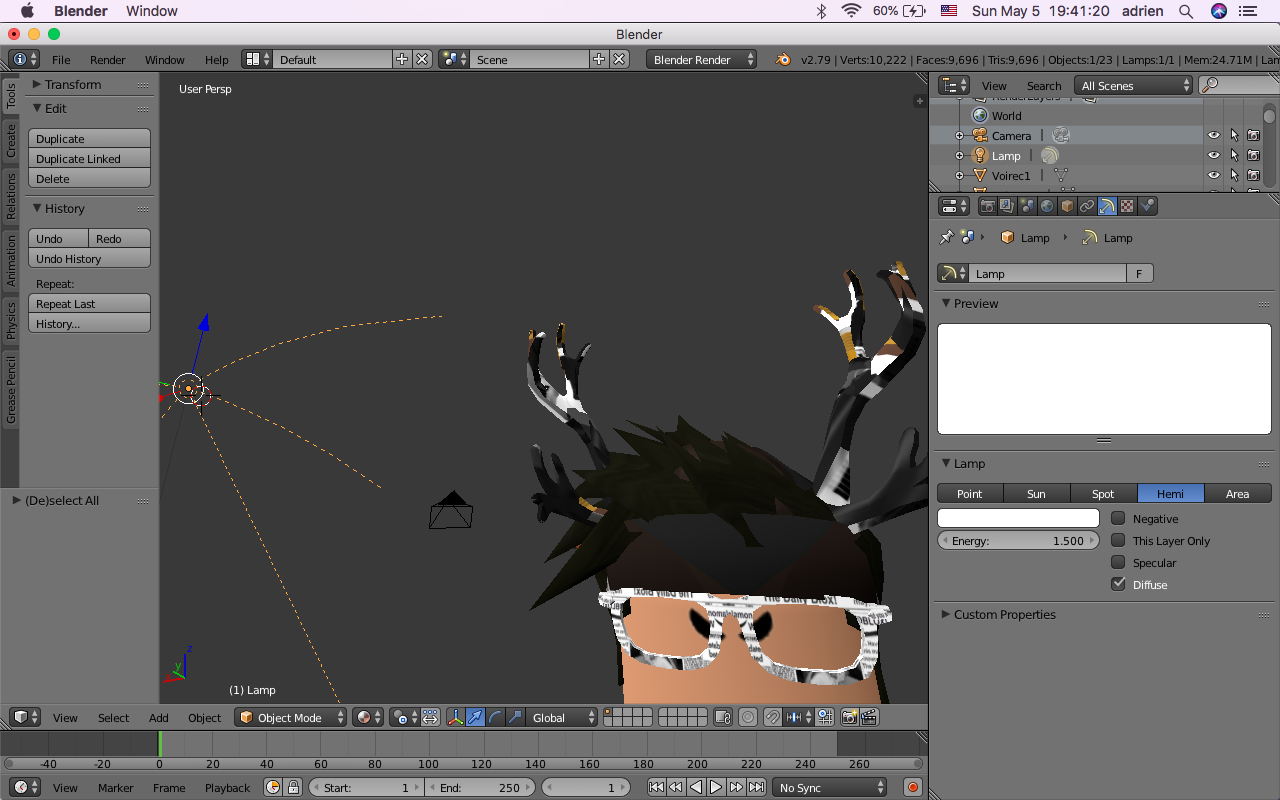 When I started using Blender today, everything was loading in fine. However, I tried loaded in what I had previously worked on as well as importing some new objects- some of the parts remained grey or were entirely a different texture/material. I tried reseting to the factory settings and such but some parts of the object still do not load in correctly.The way opened up my project was by going to import, wavefront and importing the obj file. Then, I would change the viewport shading to material every single time. Next, I would change the lamp to hemi and check specular off and change the energy. But, this went smoothly for my previous projects and have not had a problem with it before. I started using Blender only yesterday so I am not sure how to fix this. Not sure what this image will provide but the glasses and such are not the right texture as well as the "antlers". Thank you!

Browse other questions tagged texturing import or ask your own question.

6
Procedural textures not showing in Material view
1
How can I swap Textures and Materials
1
Python: Import X8R8G8B8 DDS texture as A8R8G8B8?
2
How to make parts of texture shiny and reflective?
2
confused about texture types