Blender 2.8 - do Materials always have Textures?

All the tutorials I've found so far on adding texture refer to UV-unwrap the mesh, then using an image/jpg. I noticed other things like "clouds" etc. in the object's Texture Properties panel.

I've played with making these textures but cannot find how to apply them to a surface or material.

texturing materials
Share
Improve this question
edited May 3 '19 at 18:13

You never apply textures directly to an object, there is no such thing as directly assigning an image to a mesh.

"Visible textures" are always applied to a material. This may seem incorrect at first, because some applications hide this fact from you by automatically creating a material in the background for said texture, or some times an object already as a blank material applied to it, and the texture is assigned to it instead, but generally speaking you can't just put a texture on an object.

Exception being that in Blender you have Object Textures (like Musgrave and Clouds you found) which are used by Modifiers, Particle Systems and other object level data. These can't really be made directly visible, and are not intended for used in a material per-se. They can only be made visible indirectly through their influence in things like a Displace Modifier or a particle system.

They cannot be used in materials nor can they make use of shader nodes. If you want to use textures in materials they should be made with the node editor exclusively, or baked into image textures.

UVs are one of the several type of Texture Coordinates, obtained through the process of Unwrapping a mesh. They are a completely different type of data and are used to map any texture (material or otherwise) over a mesh, so the application knows which part goes where.

There are several types of coordinates that can be used for different requirements, some of them don't require unwrapping.

Many similar questions which come from understandable confusion point back to this which, in my opinion, doesn't answer properly the question asked. I keep forgetting the steps to assign textures plain and simply and with every Blender version they keep slightly changing as well, and I'm pretty sure that's what the most questions are about.

To apply a texture to a surface in Blender 2.8: 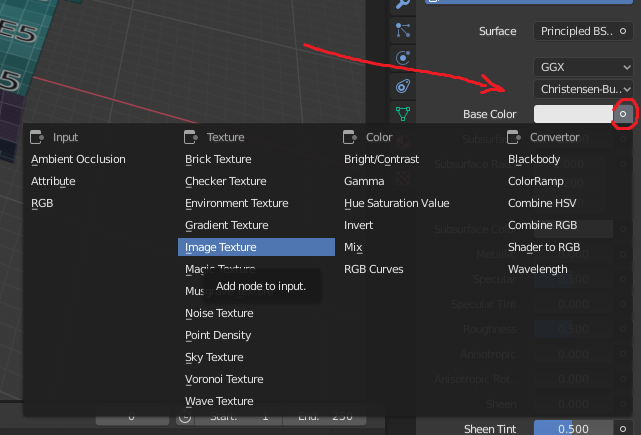 0
Is it possible to apply textures in Blender 2.8?
30
How do texture coordinates work?
26
What does unwrapping a model do and why is it important?
6
How to distinguish material and material slot
4
Materials, textures and how they relate to models before/after render
0
Beginner Help on Materials, Shading, and Textures
0
Must I use Blender 2.8's Shader Editor to Assign Any and All Image Textures?
0
Shaders and Texturing

0
Export model to unity with multiple textures
0
Issue Importing Obj Into Blender With Textures
0
Trying to create a material for to apply a texture on a game model
2
Find list of missing textures / files?
2
Is there a particular reason to use Texture Painting over assigning textures?