I'm making a mesh that requires about 6 extrusions from the base model. And Each extrusion needs to be equally spaced apart around the cylinder. Before, I would have to count over and over again the amount of faces in between each selected face "clumps" and it just became really tedious. Is there a way to select (for example) 7 out of every (another example) 33 faces equally spaced apart around a cylinder? 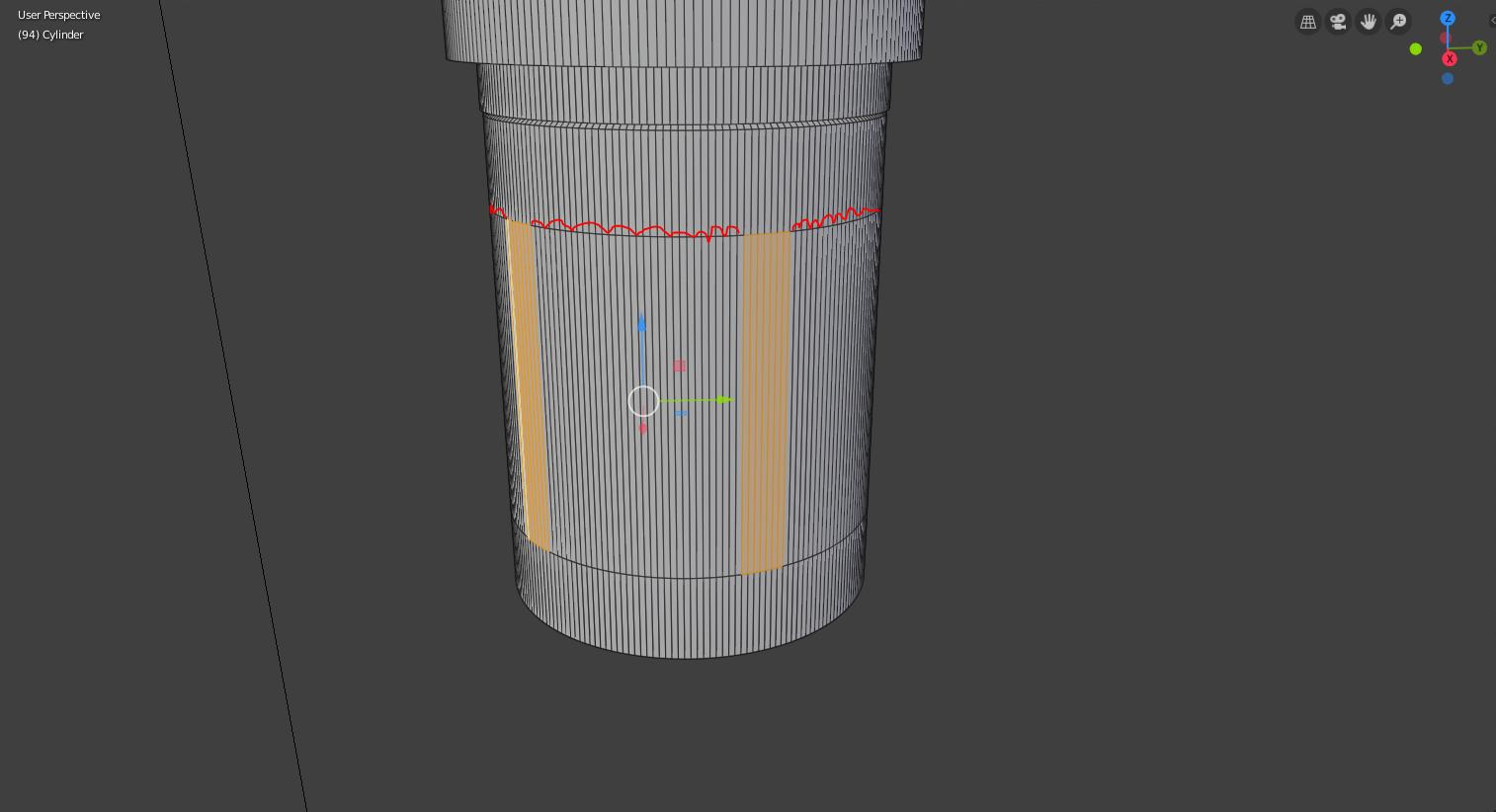 But for one-off operations like this, it's often quicker to make a jig: a temporary helper object you can delete later.

In the illustration, I've ShiftD duplicated a chunk of faces, E extruded it SZ, scaled it down in Z, and again, ShiftD duplicated it, this time immediately following up with RZ60 rotating the thickened chunk by 60 degrees. Now hitting ShiftR repeatedly will send copies round the cylinder. In this case, they're just markers to save you counting, but they could be snap targets, or view targets. 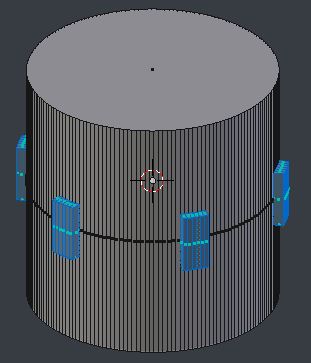 It may seem a silly amount of work, but once your favorite shortcuts are under your belt, this kind of operation for stashing lengths an angles can become very straightforward, and speed modelling up a lot.

Not the answer you're looking for? Browse other questions tagged modeling mesh faces selection-tools or ask your own question.

2
How do you add orderly wrinkles to faces?

5
Breaking a cylinder into sections in blender
11
What's the best way to deal with zero-area faces that break normals
0
recover faces from old model
2
Any tips for simplifying CAD models?
2
Place an object on each face of a polyhedron
5
Create an outline mesh around another structure / edges with equal distance
0
python : creating 4D simplex by connecting all vertices with ever possible triangular face
0
How to make Holes in Walls, connect Joints and make it symmetric / equal sides?
3
Is It Possible to Select Faces (in Edit Mode) Based on the Normals of the Faces Connected to It?