How to model the curly cable part of the phone 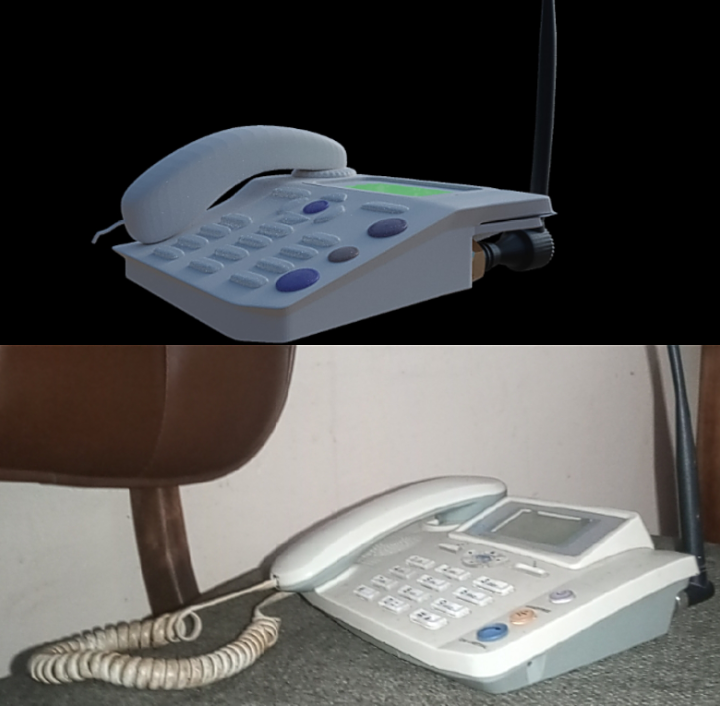 Hello. I am a beginner in Blender. I started modeling this phone and when I got to the curly cable part it was a real challenge. Could someone guide me on this.

There are several solutions, here are 2. You could create it with a Curve modifier or with Spline IK. The second solution is bit more complicated but the object will have a more realist deformation when the curve angle is high.

For the modeling of the object, I prefered to use a Screw modifier rather than a Spiral Curve with a bevel profile, because it seemed more convenient to me, but Spiral Curve is a solution.

And, at last, I explain how to create bone controllers for each handle of your curve: it's useful when you want to animate or even keep a basic reset shape for your curve.

First, comparison between method 1 and 2, as you can see there's a subtle difference in the deformation: 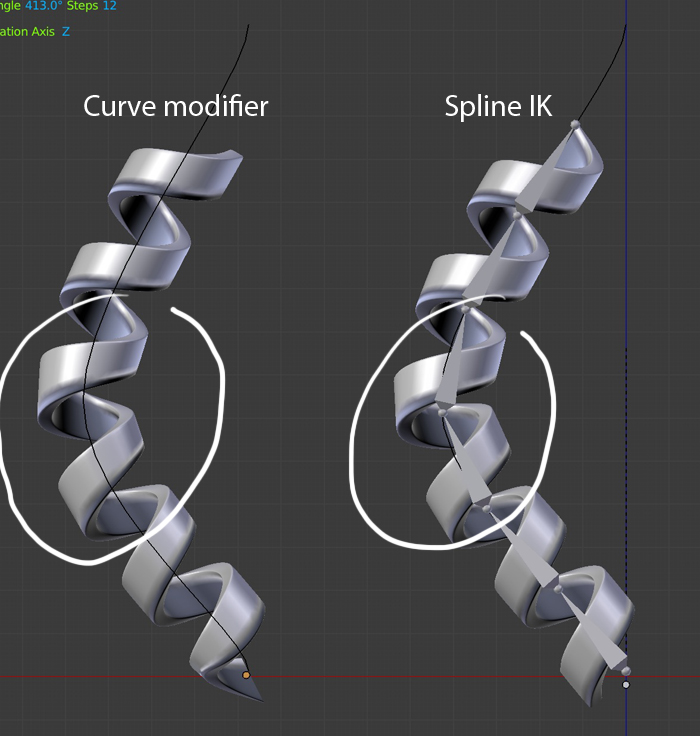 With a Curve modifier:

With bones and Spline IK, as explained here by Peter Drakulic:

You may want to create some bone controllers for each handle:

Not the answer you're looking for? Browse other questions tagged modeling cycles curves or ask your own question.

1
How to “unravel” a model?
2
How can I make a linked duplicate path with other bevel object?
4
Blender Guru Tutorial - Part 5 - Coffee Cup
0
Cycles rendering stopped
0
Model faces the wrong way. Any way to fix it?
1
Transforming a paper-like model into a 3d model