I am a very new user of blender and game modeling as a whole, so forgive me if don't use the correct terminology. I'll try to explain this as best I can. I'm trying to figure out how to 3D-print a game model without it looking polygonal and with the smoothing that you see in the game engine. Here's an example of Aron from Pokemon Sun;

In-game, the model looks smooth and has smooth shading. 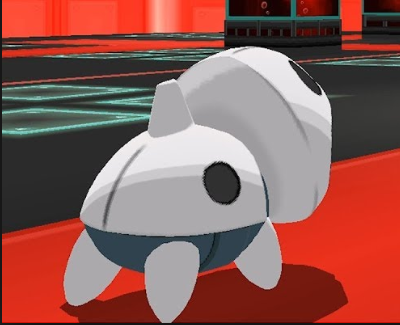 But when imported into blender, the model is very polygonal; 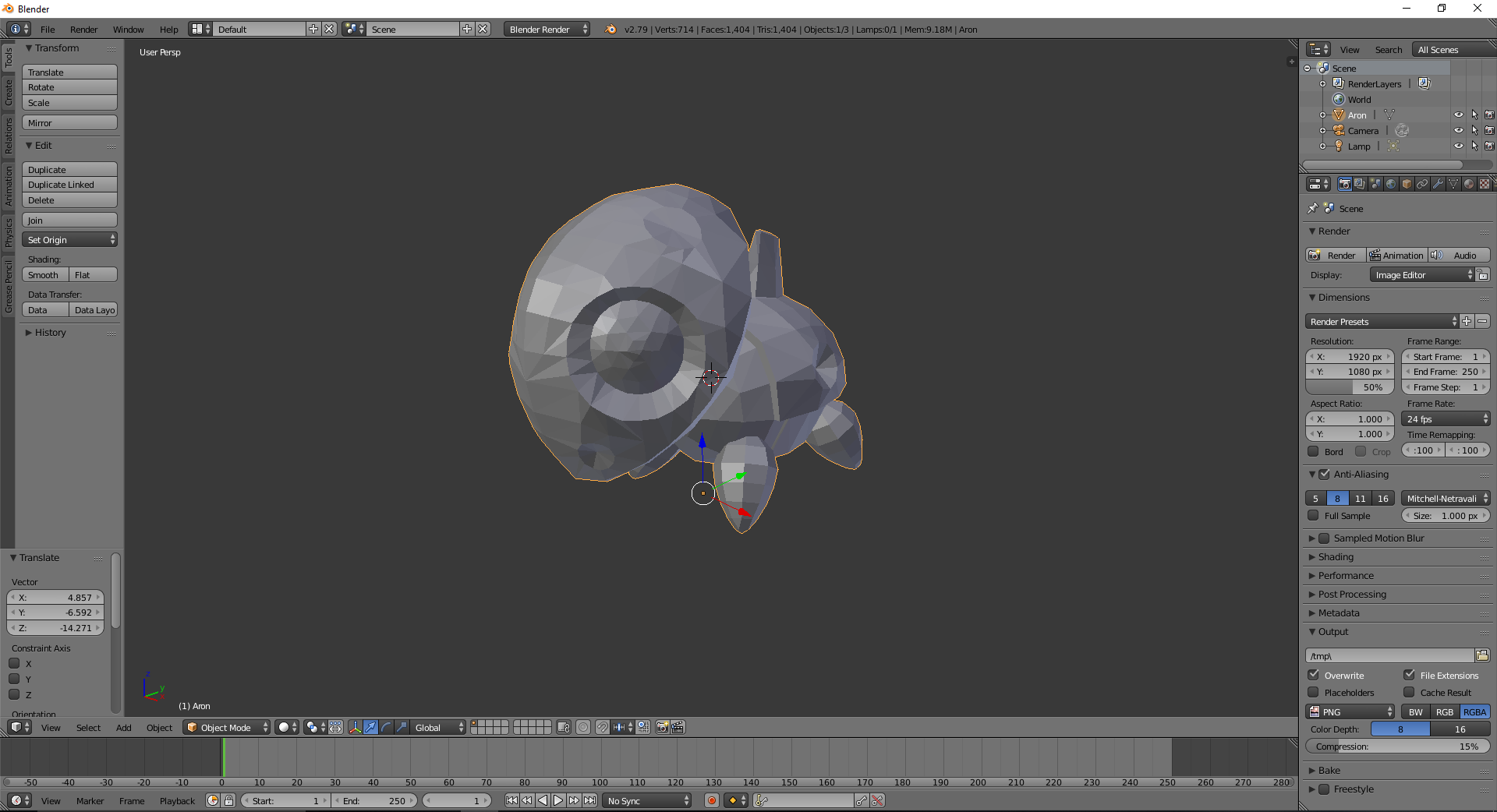 So here's the question; how can I render the model or alter the polygonal base model so that it can be exported to stl like a smooth game render without recreating the model entirely? Are there any tutorials you know of that could help? I have looked at some tutorials for subdividing and the mesh and smoothing vertexes, but that basically gives me rounded polygons rather than a more smoothed surface.

This looks like a perfect time to use a Subdivision Surface, which is a modifier that adds additional polygons for each polygon in your base mesh. The default implementation of this also smooths them out, which should produce the result you're looking for.

You can then apply the modifier and turn it into real geometry, and then send that geometry to the 3d printer.

It might make any creased areas of the mesh overly smooth though - I can't tell from the original image how sharp it's intended to look, but there are ways around that problem too - investigate the bevel modifier with the limit method set to angle, and experiment with the angle value. 30 or 60 degrees usually looks good and preserves some but not all creases. Make sure to put the bevel above and thus before the subdivision modifier, or it won't appear to do anything.

- also with the bevel at 60 degrees or higher. Note the eyebrow creases.

Not the answer you're looking for? Browse other questions tagged rendering export 3d-printing or ask your own question.

0
Modify complex mesh to sotfen hard angles (eventually for 3D printing)
0
how does FBX exporter mark hard edges?
0
Export model and textures from CityGML to UE4 through Blender
0
How can i fill an object that consists of 2D panes into a completely solid (water tight) model?
0
How to smooth a mesh for 3D printing (subdivide introduces ugly ripples and kinks)
6
Inconsistant edges and lights rendering for orthogonal pixel art with freestyle
0
Issue with exporting .STL after shade smoothing