Make a hemisphere/dome from flat segments?

Rewritten version after testing (with thanks for all suggestions so far).

Here's the partial solution of what I'm trying to do in blender 2.8: 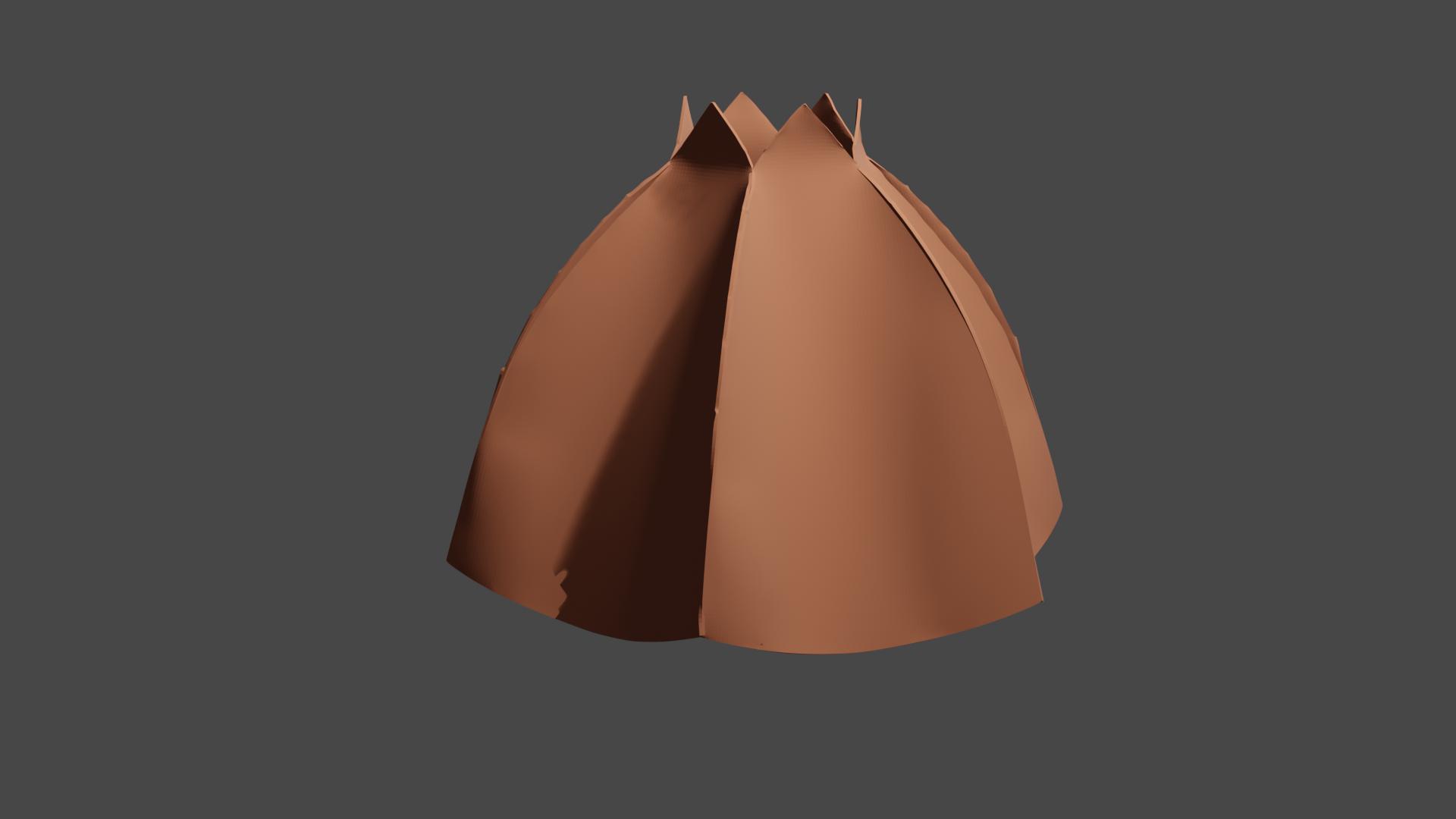 This is a slowly collapsing version of the more solid/crisp effect I'm hoping to produce and has been made with the cloth modifier on with structural and bend settings around 400.

The initial shape is shown as follows and should be producing a rather pointed 'dome' effect, as per the picture. 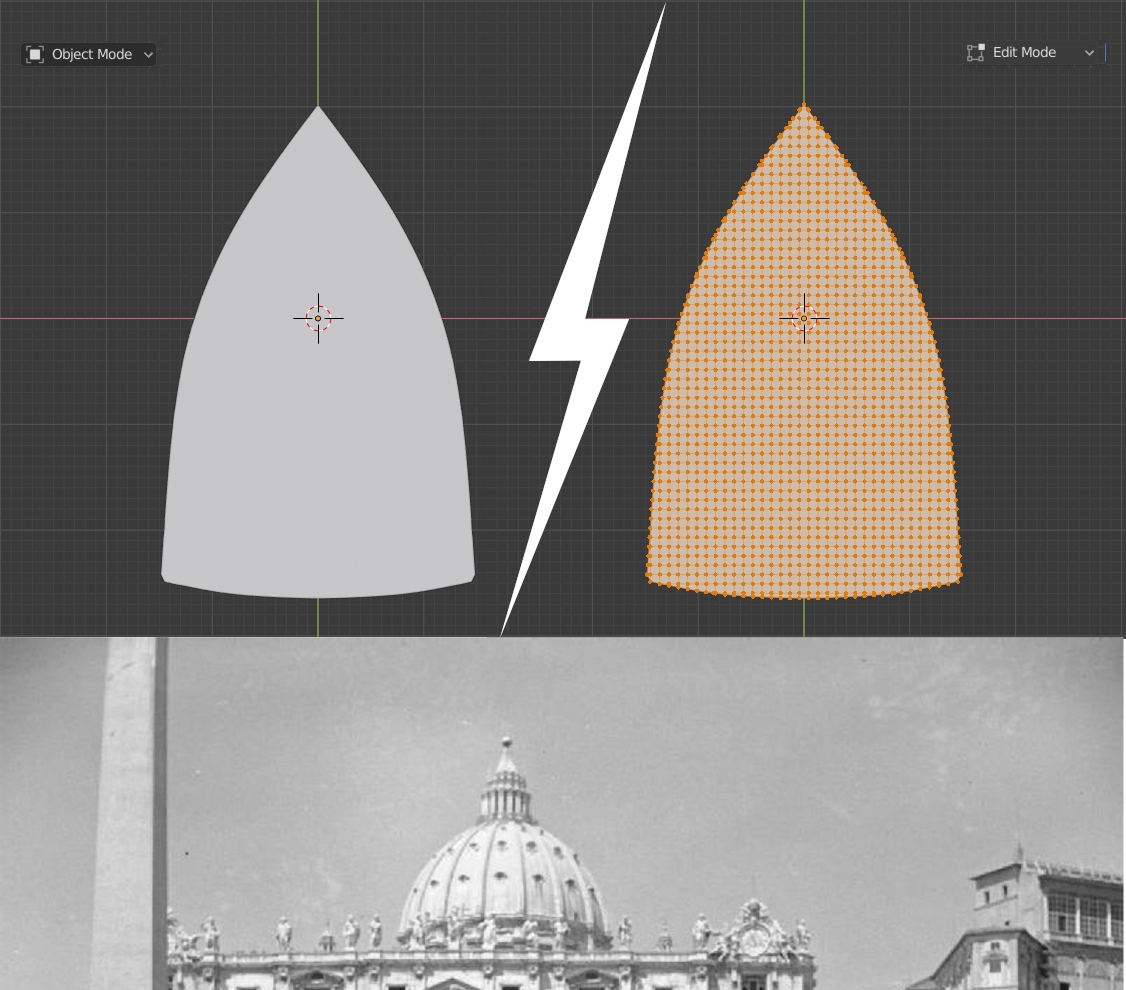 The segments have to curve to an apex and fit together perfectly.

Here's my starting point for the above cloth sim version. 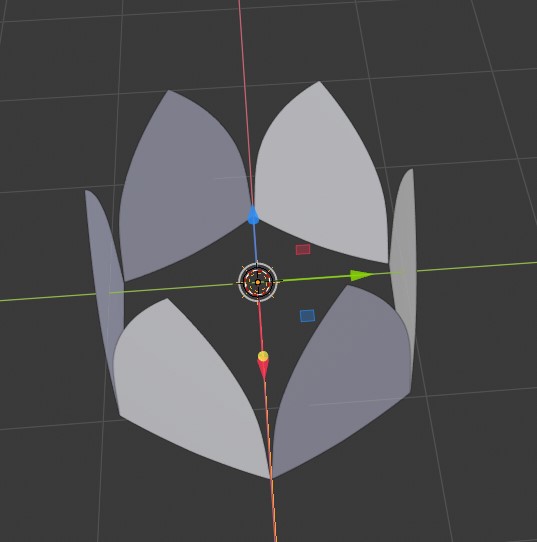 Can anybody suggest a method of convincing Blender to curve two planes (up to a total of six for the full 'dome') so that they fit together along an edge, bending to accommodate the curve and without flapping all over the place as per the cloth sim?

I do understand that there are other ways of creating a similar shape, but the first prize is using the above idea.

Edit: The Domed tent example is very similar in effect needed, but how to ensure the panel form is simply bent, not stretched?

I don't think this topology is the best to make a dome, but here is a solution:

You can actually start with a more blocky version of the dome, like this. 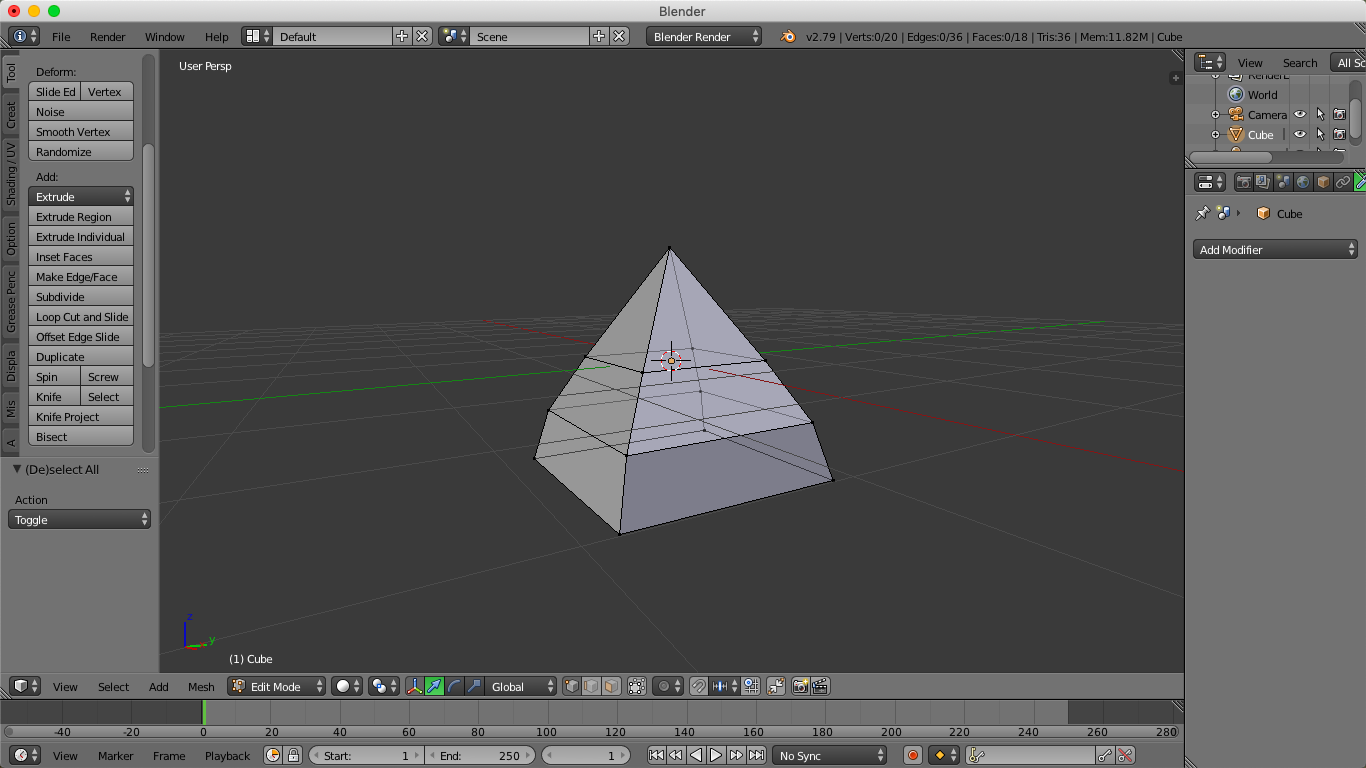 Just add a Subdivide modifier (Found in the modifiers tab), and tweak the settings to your heart's content. 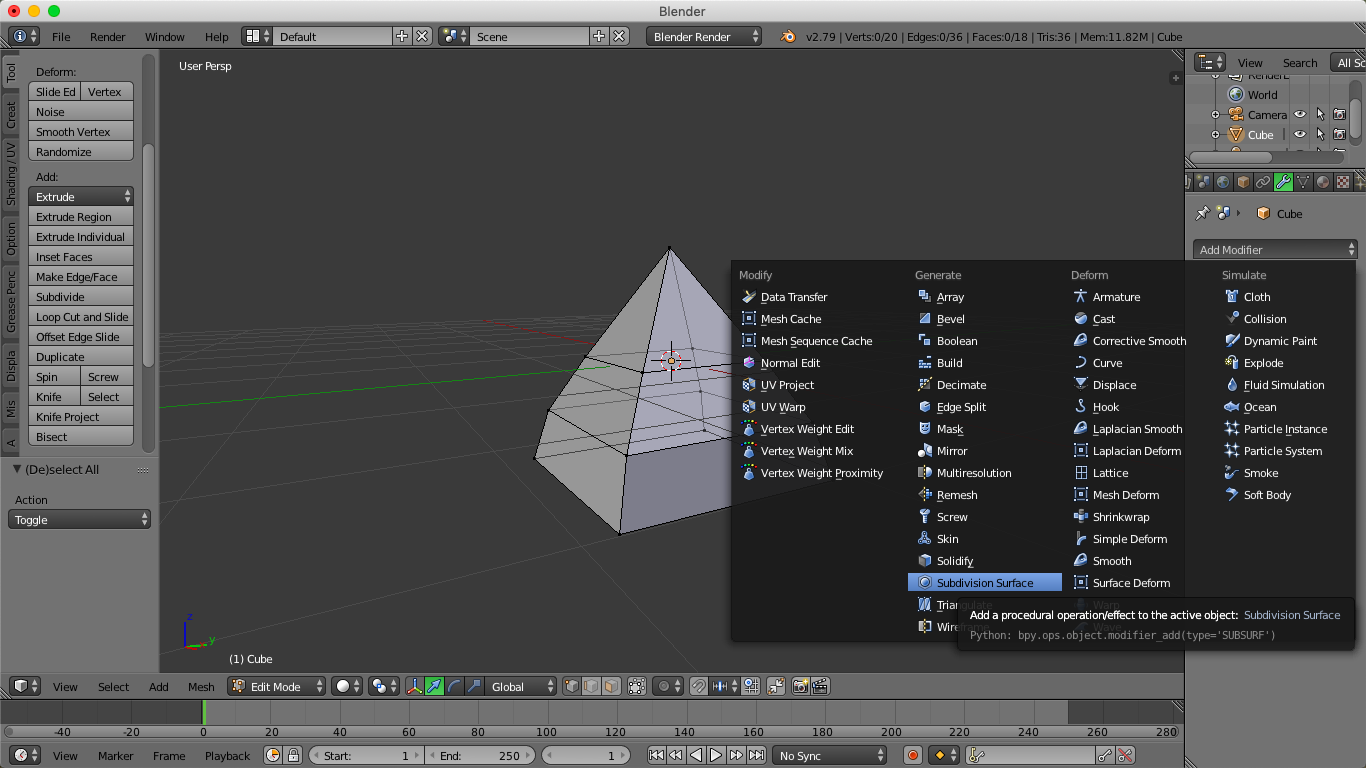 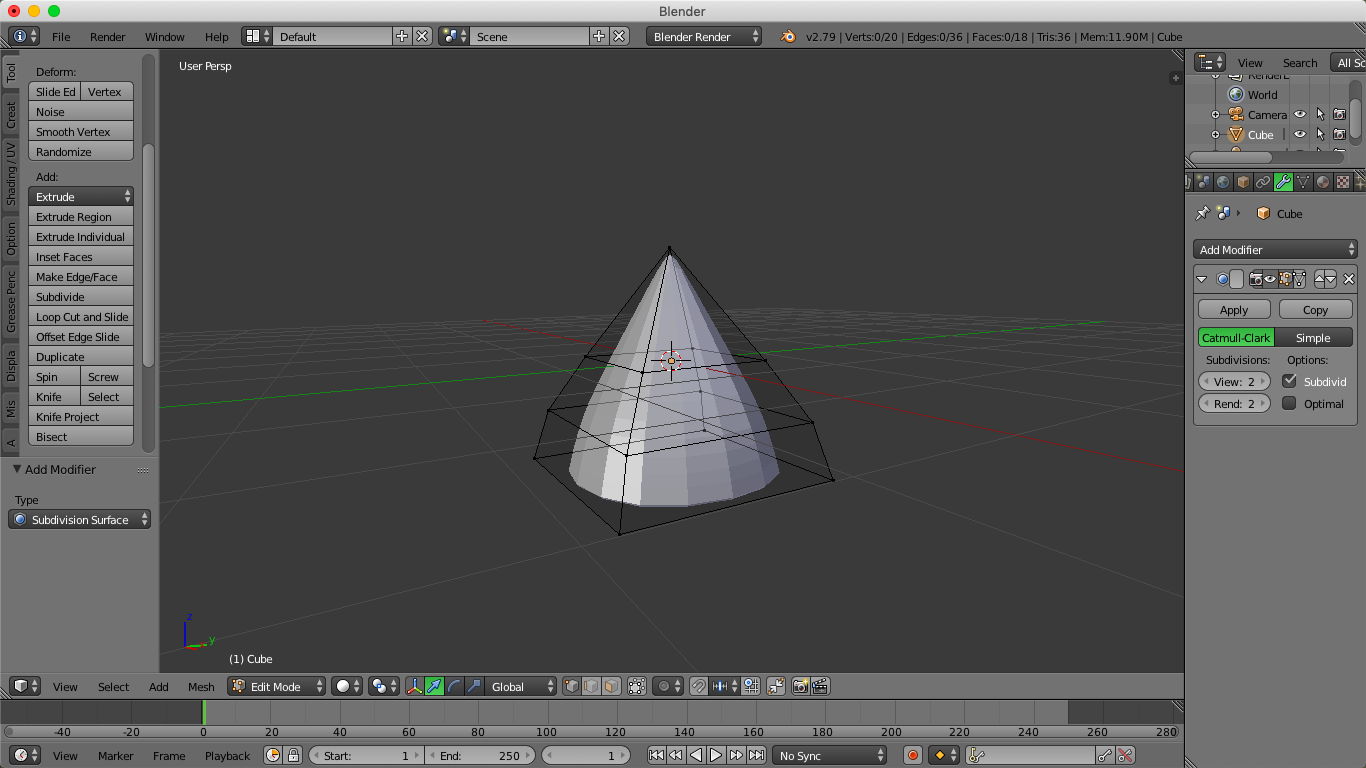 And this is what it looks like as a solid. You can add more subdivisions and turn on smooth shading for a better look. 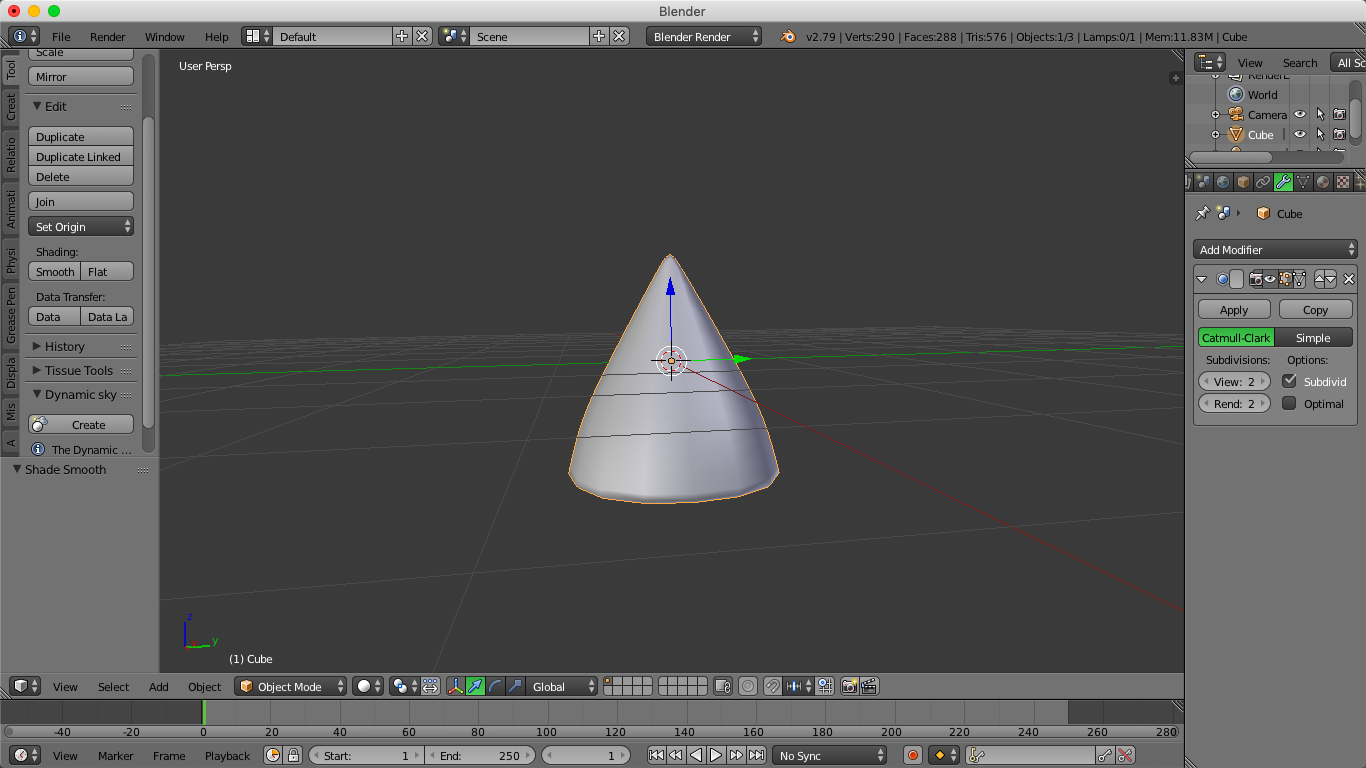 9
How to model a Dome Tent?
0
How to create a rounded cone

8
How can I extrude a dome from a circular face?
2
Remove ridges from hemisphere in half circle ngon that appear with the Subdivision surface modifier
1
Link faces of an icosphere for modeling a geodesic dome
2
How to make flat spirals
0
Pinball flasher dome
0
How to make curve have evenly distributed segments?
0
Embedding a sphere within a hemisphere
2
Make a hemisphere with creases