I am trying to make an animation where particles seem like they are multiplying, and the easiest way I could think of was to have the emitter emit particles at an increasing rate, rather than linearly which is what it does by default. I'm not sure this is possible, but if it is someone please tell me.

not sure if this thread is still active; but I solved the same (or similar issue) by simply animating the MAX distance of the force that affected the particles. So the force was slowly growing over the "emitter" box that holds the particles. That was happening off-screen in my case. 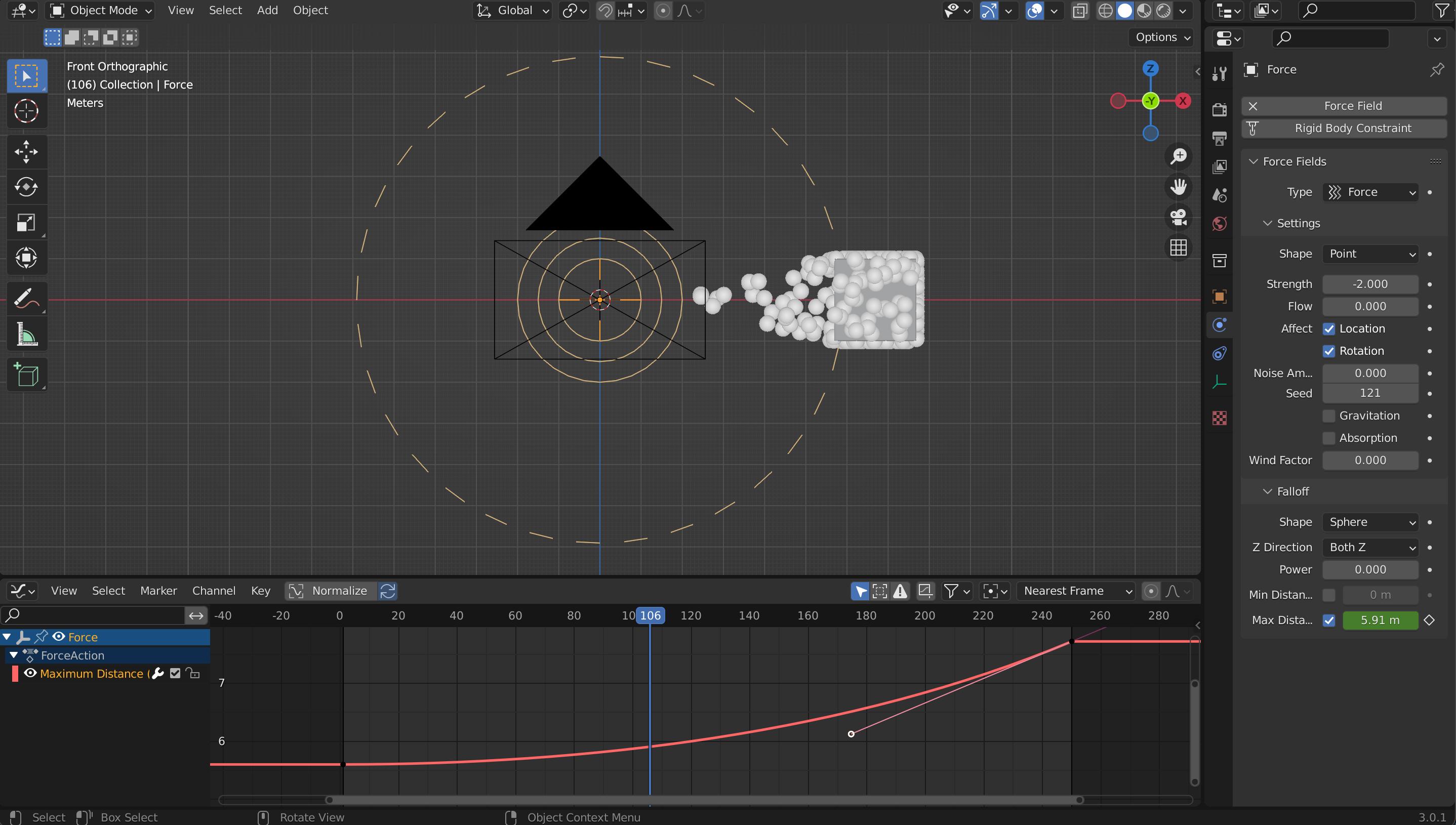 i would solve it by setting a keyframe in the ammount of particles and one at the end of the animation. Then in the Graph Editor you can change the curve to match your need or use a preset by pressing T and then select if you need exponential, quadratic, etc...

8
How can particles be emitted from particles?