I have some five gallon buckets of various different dimensions and artwork for a label that would go on them. I'm trying to figure out how I can show the label applied to a bucket accurately.

The label files are on an 11" x 17" template. The area beyond the die line is transparent. The die line itself is an irregular shape. I've included a picture of the test label I'm using. (The 11x17 template could be cropped down to be closer to the size of the die line but it would be preferable to leave it as is if possible.)

Here's how I currently have it applied:

The example bucket used has a larger radius on the top than on the bottom.

The distortion on the squares might seem minor overall but it's quite noticeable when using the real label art.

I want to avoid eyeballing and arbitrarily stretching things as much as possible. Some buckets I might not have a physical reference of to tape up a test label to so I want to be able to trust in my technique used.

It's also slightly suspicious how the rendered label art doesn't curve around the bucket quite as far as the real life photo but I think that might have more to do with slight camera differences than anything else.

Let me know if there's anything else I can add to clarify. 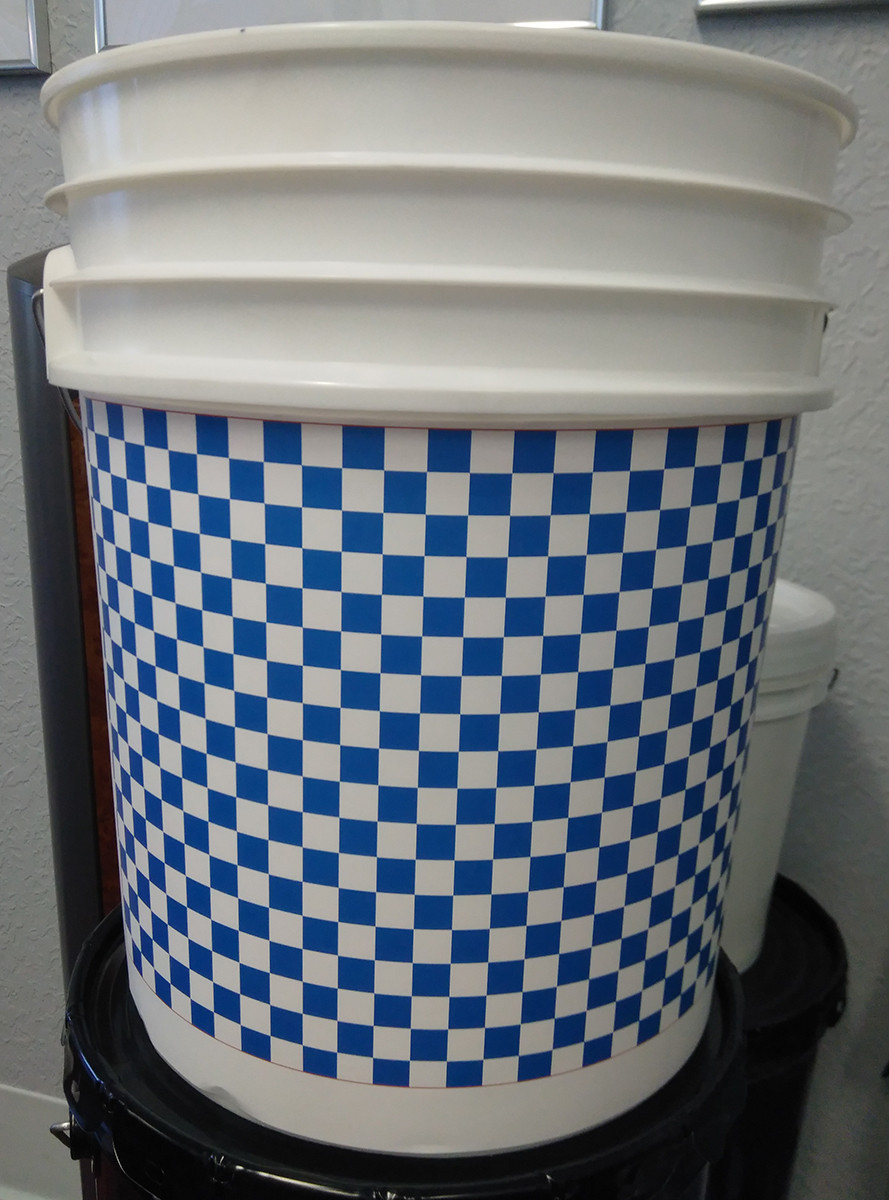 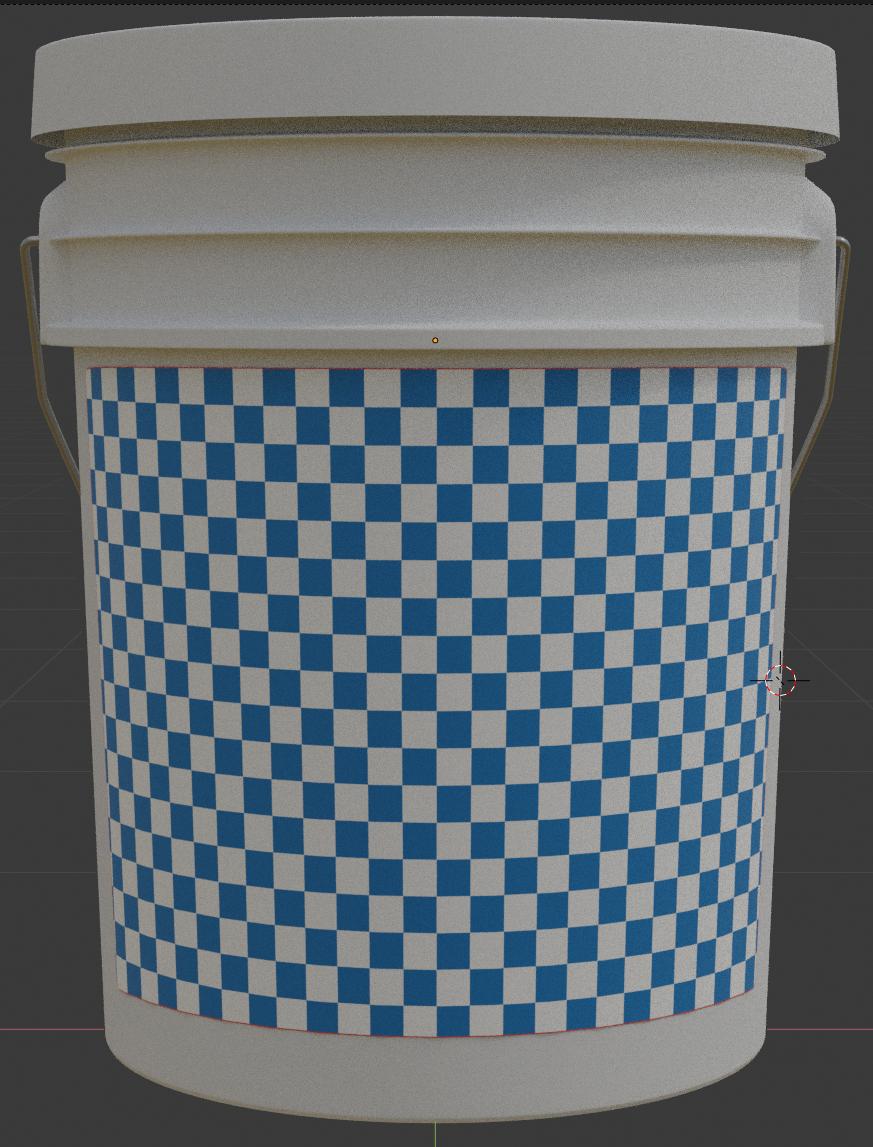 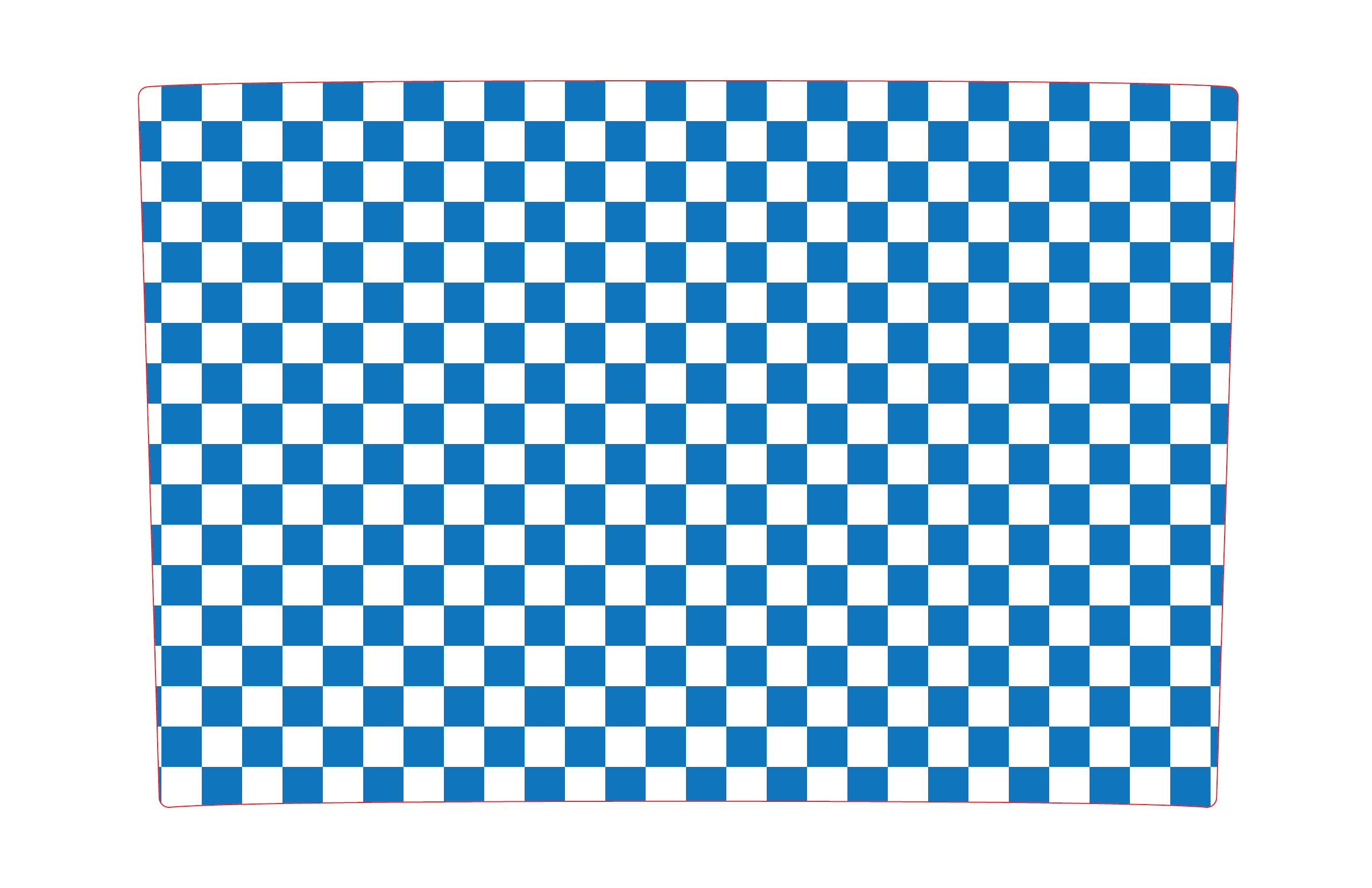 Browse other questions tagged modeling cycles-render-engine photorealism shrinkwrap or ask your own question.

0
Modeling a cylindrical object to resemble an image reference
5
Realistic rendering of mesh together with image?
0
What is the term used to create a mesh with less vertices using shrinkwrap?