How to introduce an edge where two faces intersect [duplicate]

I'm looking for a way to introduce a cut to a plane where it is intersected by another plane.

The plane is a single face for simplicity. 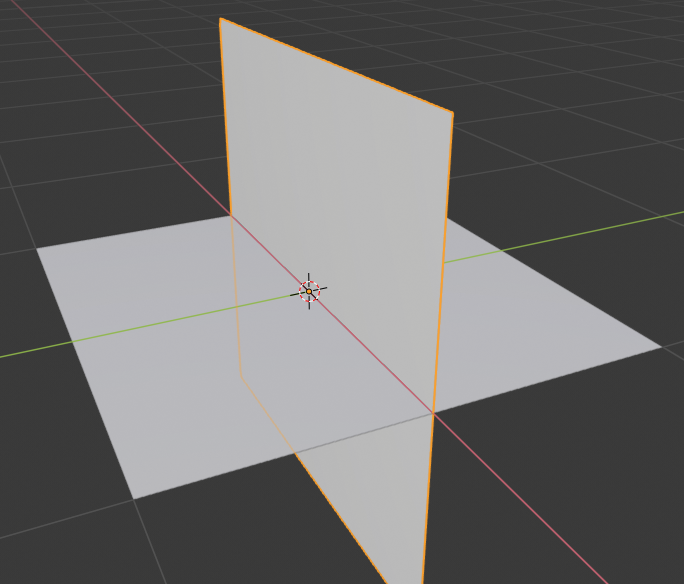 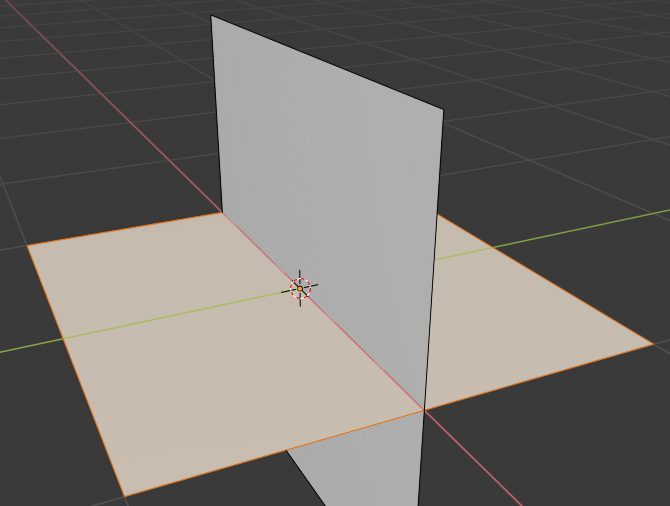 The first solution I came up with was to just use two loop cuts, one on each plane. In this setup the plane dimensions were left unchanged as was their location so it just so happens that the intersection edge coincides with what you get if you loop cut both the planes.

The second solution I found was to use a boolean modifier on both planes, selecting the other plane as the object for the boolean operation in both cases. This correctly introduces an edge where the planes intersect. The can be joined after both boolean operations have been applied, giving a single mesh with four faces as desired.

I am wondering about the general case, though. What if one plane was twice the size of the other, or shifted by half the size?

My solutions do not work in those cases. Loop cut needs to share origin in order for the cut offset (half the face size) to coincide with the intersection edge. Boolean doesn't work if the faces are different sizes or shifted against one another so that their edges do not connect anymore.

Is there a general purpose tool in Blender for selecting two faces which may or may not intersect and saying "introduce edges where they do"? Obviously some sort of logic needs to be applied when the faces are shifted so that their edges do not connect with each other, my thinking is in that case both faces should be cut as if the other face was infinite in size and not finite? Or some other logical fallback behavior.

Is there such a tool? This question is primarily for Blender 2.8.

The simplest solution would be to select one of the planes and use Intersect(knife) that can be called from the search menu(F3/space) or Face menu(ctrl+f):

I've looked through all Duarte's duplicates (phew!) ... but can find no mention of the Knife Intersect tool, found in the CtrlF Face menu.

you can use the tiny cad addon, to enable it write tinyCad in blender preferences and check it to enable it and then save user settings, then go to you model in edit mode, select both parts that you want to interset then press w and select tinycadand select the XALL option.

Your Boolean operation method works with a few extra steps.

hmmm... imo, the easiest way to do this is simply with a bolean modifier... place your planes as shown on the pic. select 1 plane (plane 1) and (in object mode) add a boolean modifier. in operation box select union. in object box select plane 2. hit apply. now half of plane 1 will disappear. first select plane 2 and move or remove it. now select plane 1 (wich is now 1 and a half plane) and go to edit mode. select the edge that binds the 2 planes and hit E+dir+1 (dir= x,y or z depending the direction in wich you want to extrude). now the 2 planes are 1, with an edge connecting the 2... hope this helps

2
Dividing a model by intersecting geometry parts
9
Make quad face from where two edges will meet?
0
Can't bevel - Invalid boundary region to join faces - edge dissolve
0
Using GG to move an edge doesn't yield expected results
0
How to reconnect/extend edge loop
2
How to delete faces with only one edge connected to mesh?