How to combine two curves for a camera animation

I am working on a math-art animation in which a complicated object is changing and growing in the center of the scene. I want to animate the camera to follow a log spiral path that I've used a mirror modifier on to create a closed path that spirals out then back towards the object.

I'm using ADD:Curve:Curve Spirals:Logarithmic, then a mirror modifier. That works: I get what appears to be a single closed curve (it selects and shows in object and edit mode as one curve). But when I set up the camera to track on this curve the camera tracks correctly to the point where the original spiral connects to its mirror image, ignores the mirrored part, and jumps back in to the beginning of the original unmodified curve.I did the modifier part before any of the camera tracking part.

I'd like to know how to fix this manually for now, though ultimately I will add this piece to my python script that does most of the work in this project.

I've added some screen shots in both object mode and edit mode. In object mode the whole thing selects as one object but going into edit mode only the original spiral is highlighted and I can't seem to affect the mirrored half. Going into the object's curve tab Geometry panel I noticed that setting the bevel depth to non-zero bevels the whole thing. Thought this might be a clue to someone, though it just adds to my confusion. 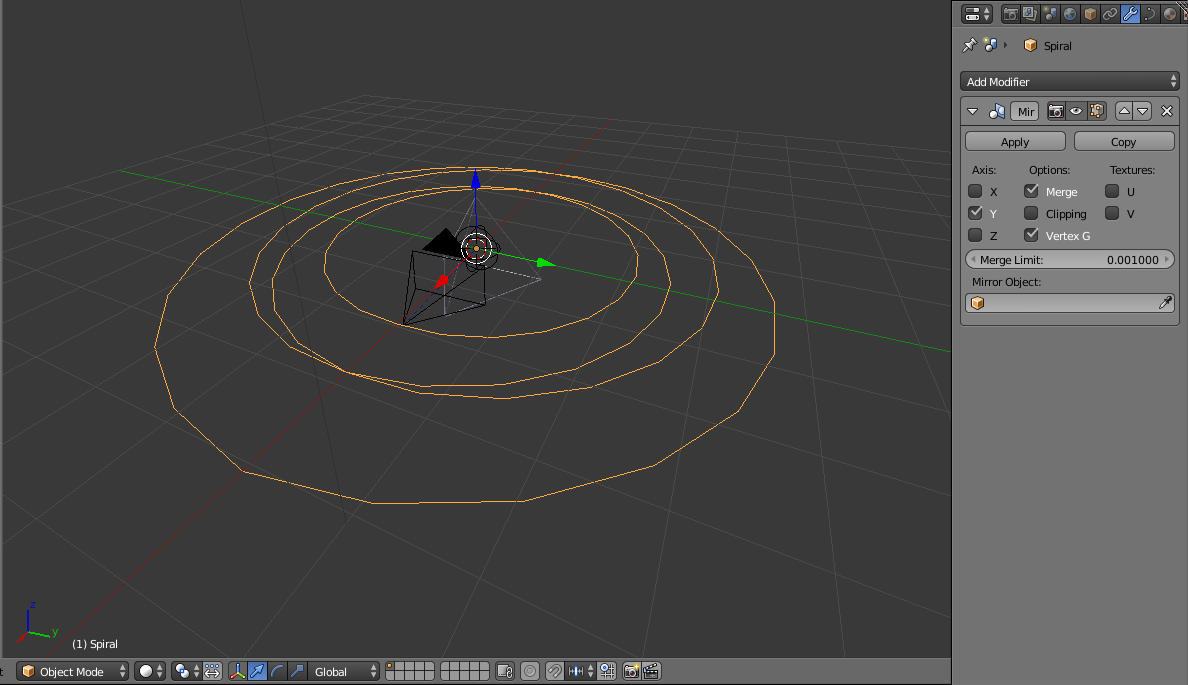 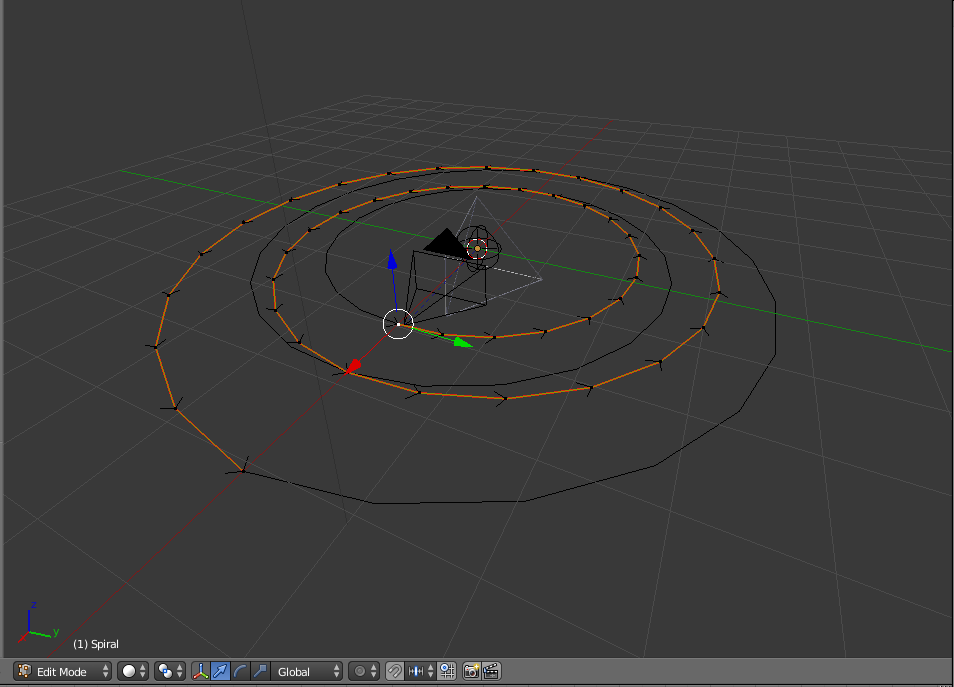 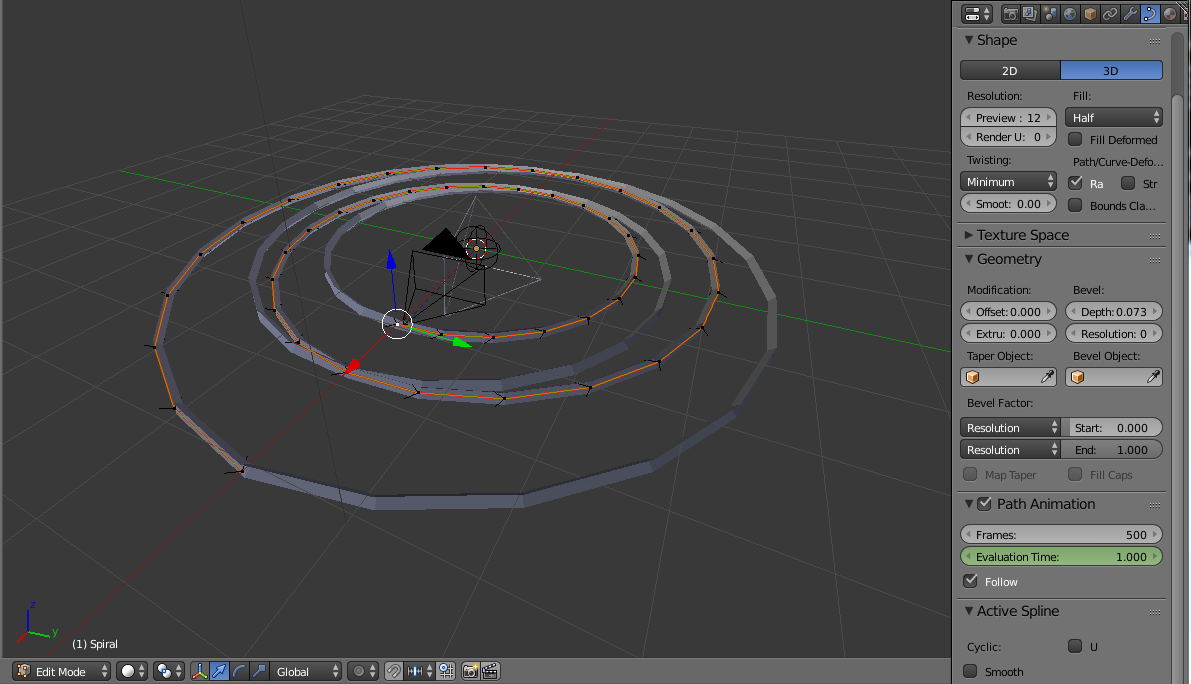 You will need to apply the modifier 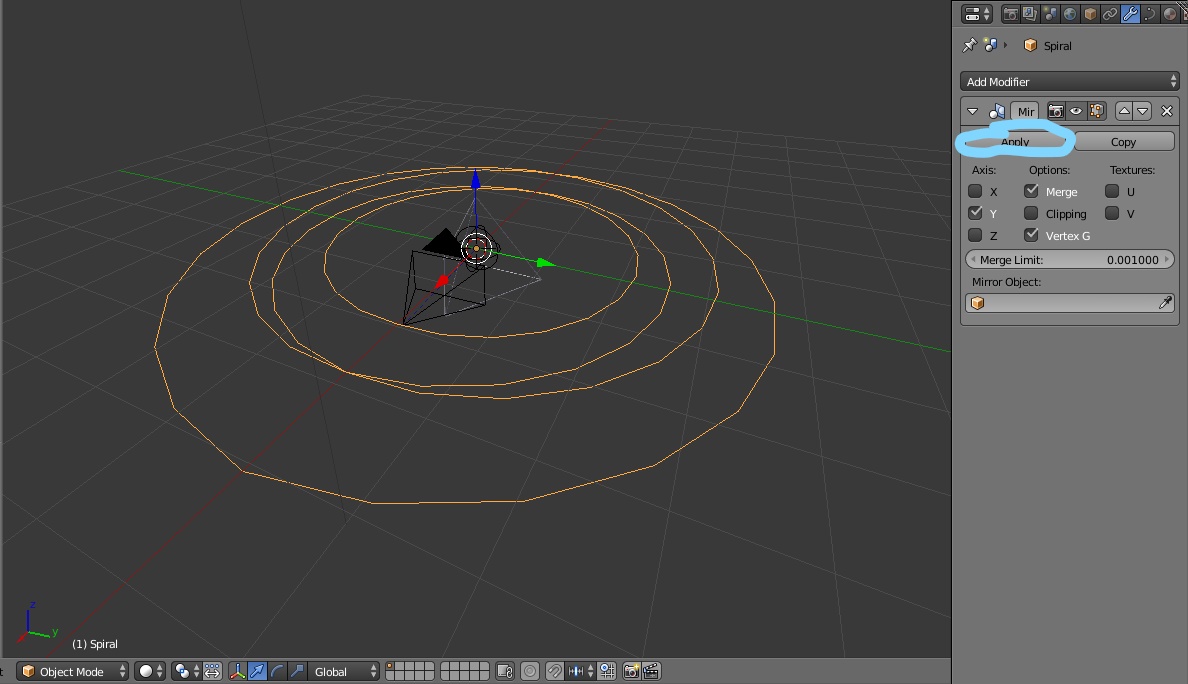 I'm not sure what the width will do, but I think you shouldn't have it unless you need it for some sort of visual for yourself.

Not the answer you're looking for? Browse other questions tagged modeling animation modifiers bezier-curves or ask your own question.

3
Duplication along curve with Mirror modifier
14
Keeping Bezier spiral curve handle tilt perpendicular to a specific axis
1
Screw modifier not following spiral curve
0
Blender 2.8. Trying to join bezier curve with bezier curve made from spiral: "Cannot make segment" error
2
How to bend two parts of a flat objects on two different axis?
4
How do you create parallel spirals like a rollar coaster track?
0
Boolean operation between a form and a spiral
1
Why can't I have both clean corners and a clean build for this curve animation?
4
Follow Path with Shrinkwrap Modifier