How to move 3D cursor to point in bezier circle?

Can anyone help me find solutions for these questions:

This is probably more general than you need:

To establish a point on the circumference of a curve circle at a known angle from its local X axis. 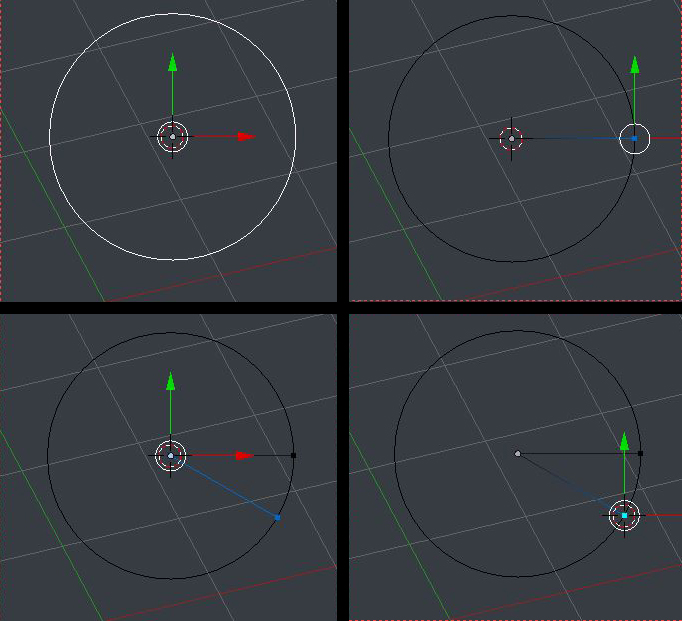 Assuming a circle at an arbitrary location and rotation:

Your circle is probably already aligned to the world, so you may be able to skip the Custom Orientation steps.

In an even worse situation, though, where the circle's own control points are not aligned with its local axes (with Custom Orientation and Snap set as before):

Not the answer you're looking for? Browse other questions tagged modeling 3d-view bezier 3d-cursor or ask your own question.

2
Bezier Curve: Bevel Object is creating a flat surface
5
How to avoid accidentally relocating the 3d-cursor?
0
Left clicking adds a mirror modifier
1
Grease Pencil Wont Convert into Bezier curves in Blender V2.80 beta
2
How to child a control point of a Bezier curve to an object
0
Blender 2.8 BSurface with bezier curves
1
View jumps around when clicking with 'lock to 3D cursor' enabled