How do I get more accurate particle collisions with 'size deflect'?

I'm trying to get more accurate particle collisions while emitting an object as a particle. Trying to make confetti.

I turned on size deflect and now all of my particles collide 1-2 meters before they even touch the object. Any ideas?

I tried applying the scale of my particle object.

I hope you have already found a solution for this, but since I struggled with this very issue about 2 days ago (Blender 2.81) and lost many hours trying to understand what was going wrong, then I'm going to share what I did to bypass this issue in case someone is also having a hard time with it. It seems to happen even if using the Molecular Script, the problem seems to be the scale of the particles in the render tab (see image below), even if you're not using another object for it, like "render as: Halo". 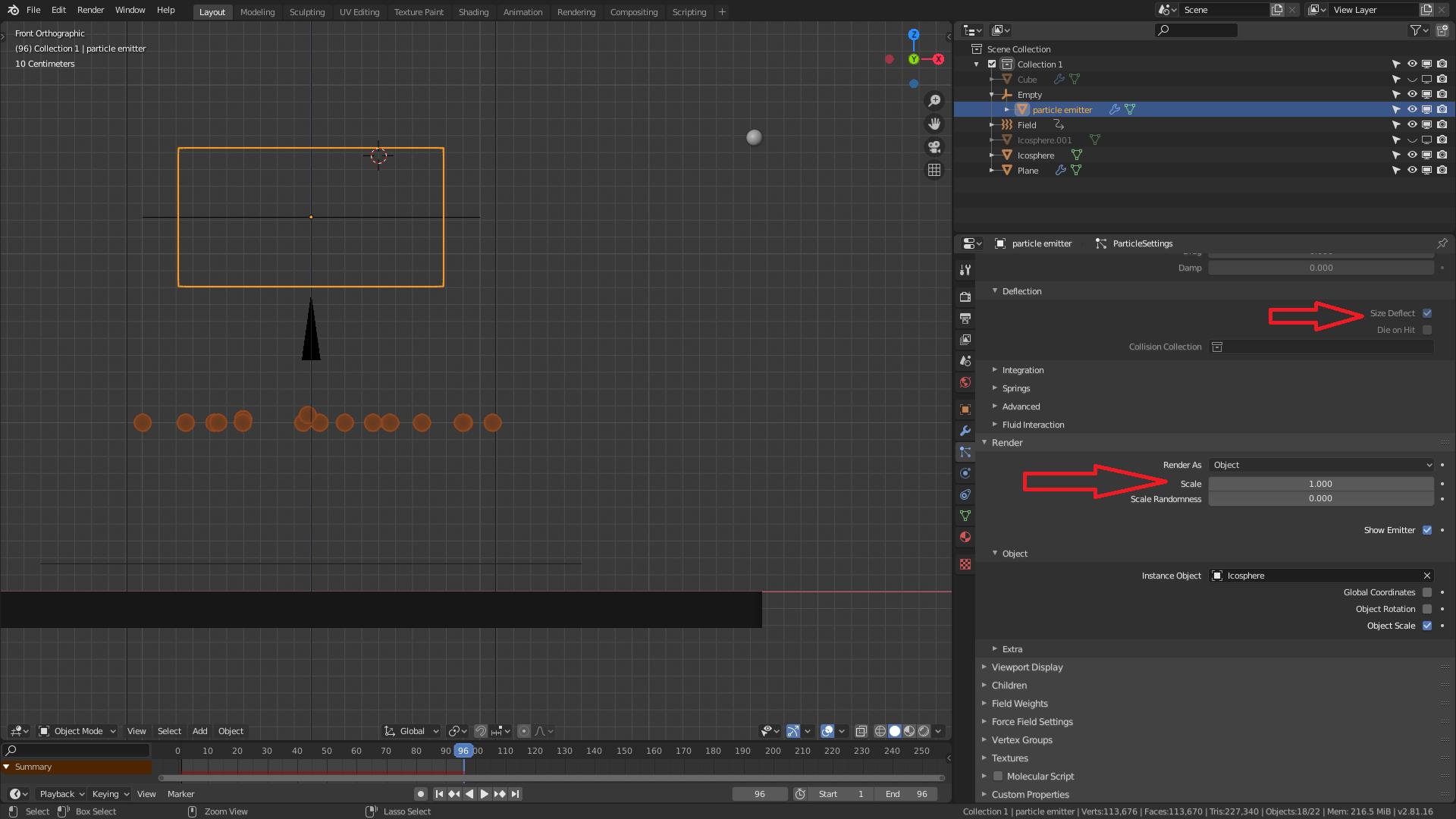 So changing that scale to "0.05", which seems to be the default value, solved the problem for me, but if you're using another object for the particles, that means it will be 20 times smaller, so you could simply scale that object 20x bigger to give the particles the same size it would have with scale at 1.0 (and if you check the "Object Scale" box, you don't need to apply scale beforehand, which could be quite helpful). 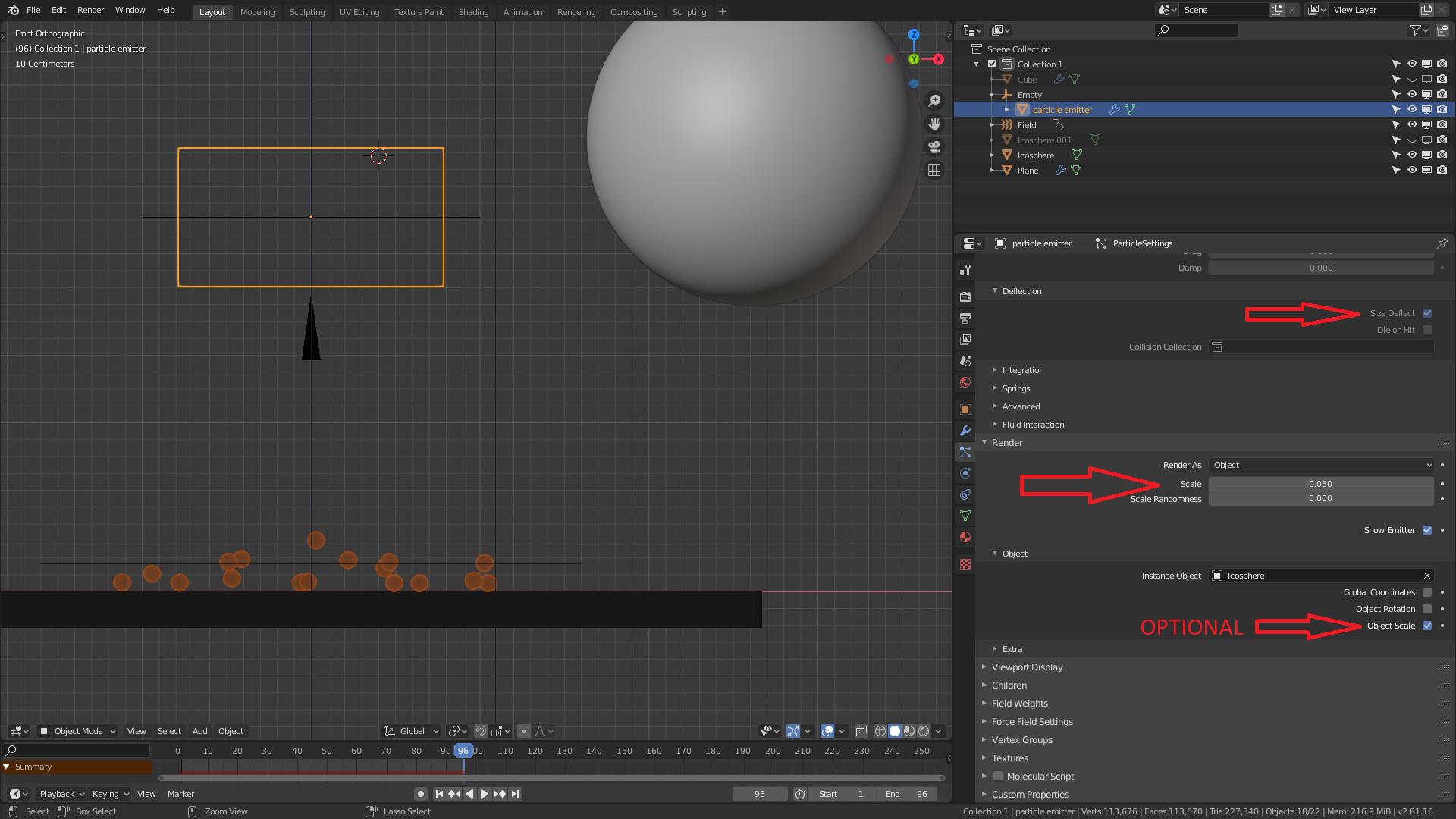 I'm not sure if that is a normal behavior and if should be reported as a bug.

0
particles sit above collision object when “size deflect” is active

9
How can I scale particle size over lifetime within a keyed physics system
8
How can particles be emitted from particles?
3
why does fur after combing act unpredictably?
0
Need help with a particle system
1
Particle Instancing not working
0
How to Tweak Dragon Scales Scaling from a Particle Emitter
0
How to get same hair particles from collection in second particle system/ or how to delete instanced particles without converting them to real meshes?