How does one form an accurate 3D S-Curve to follow a line?

I have a wheel arch shape I'm trying to extend out along an S-shaped profile. I've got no idea how to do this accurately! Picture below is half of the wheel arch, the top part of the arch should be the widest point and the bottom, the narrowest. I've made a straight edge to sort-of illustrate the profile I want the extruded polygons to follow except that I don't want the profile to be straight, instead I want it to curve outward from the bottom, then mid-way along, symmetrically curve back towards the top. 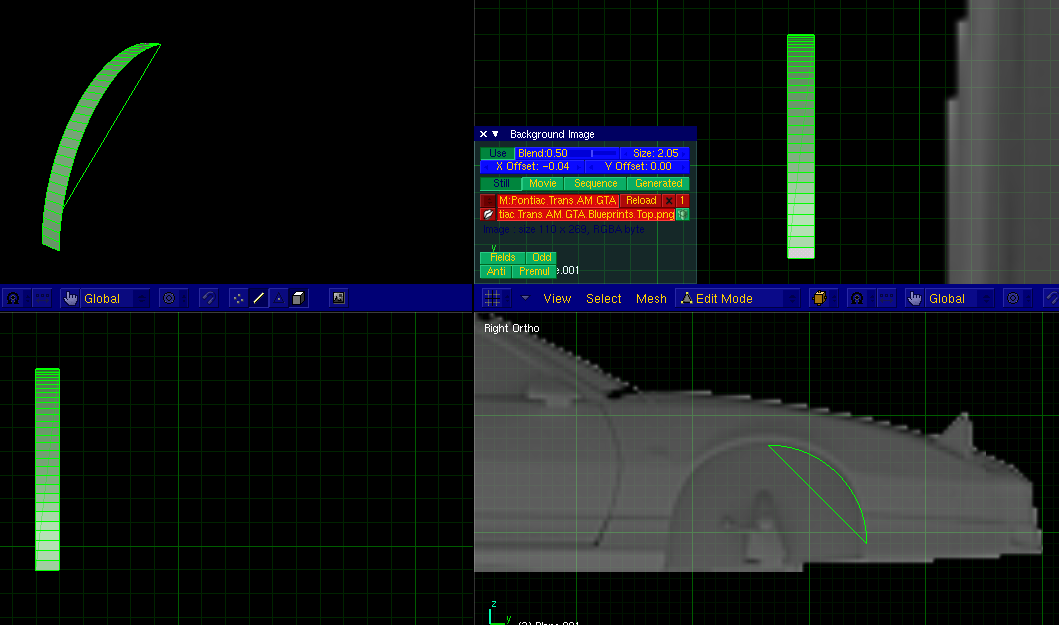 I could use Bezier curves as I have done in the past, but these are inaccurate when it comes to lining up the resultant vertexes with those created from a spun curve like this one. NURBs curves are also proving useless as I can't get a straight edge in the curve for the top point of the arch. It was looking like I was having more luck trying to model both halves of the arch but then I found out the NURBs control points weren't being reached unless I weighted them so high that the curve became non-existent! Also, the lateral curve being formed wasn't an S-curve making the arch sharply extrude away from the base control points. 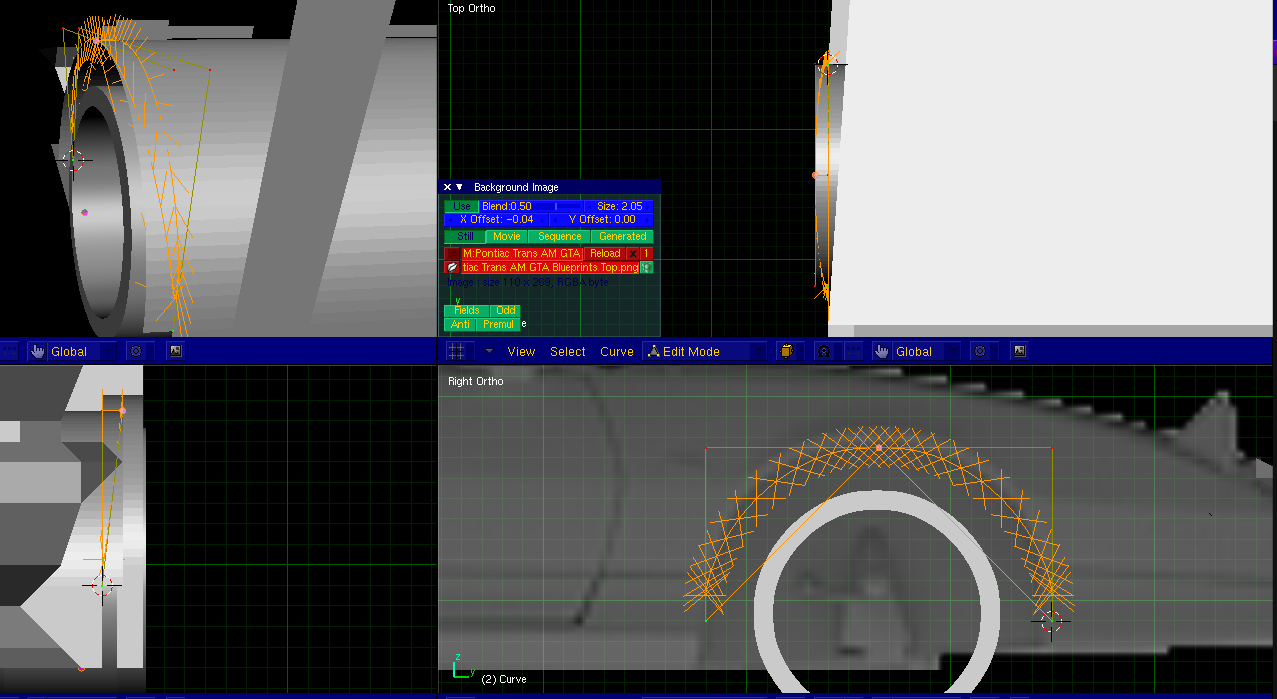 I've also tried the GEOM tool with Edge/Edge (Cut) but then I realized I don't have a profile to cut along so that too is useless (not to mention tedious having to cut every edge manually)!

Every 3D program I've tried for this kind of modelling is proving horribly unintuitive to use (seemingly expecting one to sculpt the model instead of drawing it!)! If someone could just give me the Maths to do this I'll probably end up writing a script instead!

Browse other questions tagged bezier-curves or ask your own question.

0
How does one Spin along a Line?

0
How do I move an object with a curve modifier applied to it?
1
How to make a thick, smooth metal coil using plane extruded along spiral?
3
How to make a curve segment perpendicular to a face?
5
How to properly rotate bevel object on a fractured beziercurve
0
Generate square “skin” around a line for icon solidifying
2
Curve a Straight Line?