What is the relationship between quaternion's value w, the (x,y,z) point, and the rotation they represent?

From what I understood, quaternion rotations could essentially be described as a vector coming from an object's location and going to (x,y,z) and W is a value that determines the object's rotation around that vector: 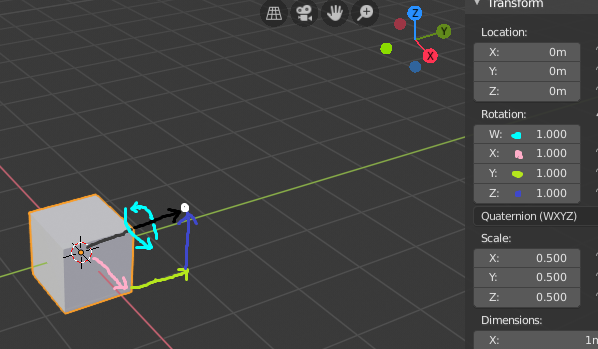 In this picture, the black arrow is the vector from the object's location (which I suppose would also be the origin in that object's local space?) to (1,1,1), my (x,y,z) point. The teal arrows circling the vector are essentially w, in that they represent some motion around the vector (they aren't a representation of magnitude though, since for some reason which I'm sure will be elaborated on, when w gets really high or low, it slows the rotation).

What I'm confused about is when I change (x,y,z) to (2,2,2) I have only changed the vector in magnitude, not direction. So I would think that the magnitude of the vector wouldn't effect wouldn't effect the rotation if W stays the same, but this shows otherwise: 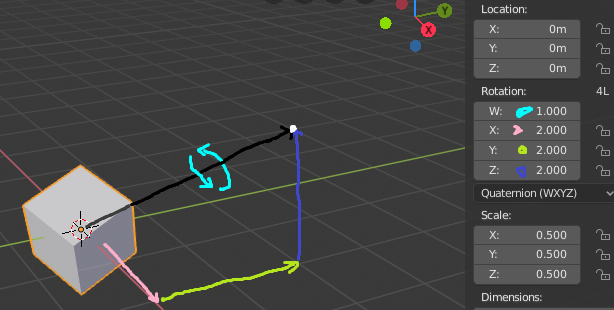 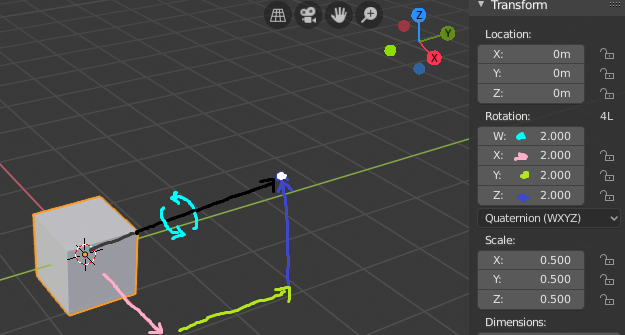 This where I've hit a bit of a standstill.

Browse other questions tagged mathematics quaternion or ask your own question.

1
How can X, Y, Z and W go above one in a quaternion animation on Blender?
2
Why does Quaternion.rotation_difference() always return 12.666471 for x-rotation?
1
Exporting bones; transformation of quaternions necessary?
2
Exporting trouble. Bone tail and head positions change quaternion rotation
1
What is relation between edit_bone roll and and pose.bone rotation_quaternion?
0
How to use quaternions coming from ros?
0
Is it possible to save the Euler rotations as Quaternions without loss of data?