Animating multiple Iterations of a single Oject along a Path?

I've got a two part question.

So here's an image of what I'm working with right now. 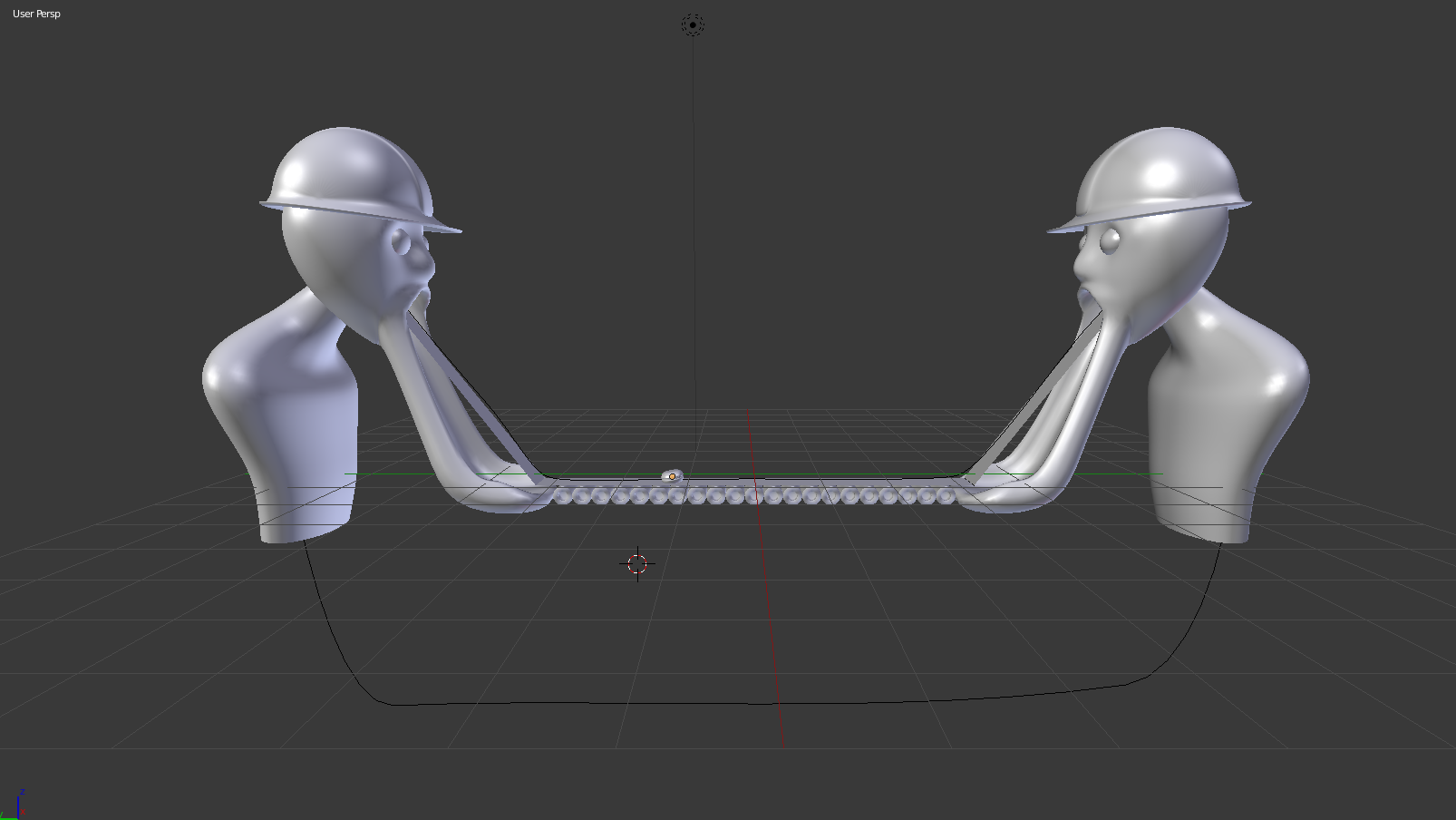 First, I want to take the single small object I've already got following the path and create identical copies of it along the same path, to make a looping conveyor belt animation. Creating a bunch of distinct objects and parenting each one to the path doesn't work (not to mention the unnecessary strain that would put on my computer). What can I do?

Second, once I have that animation working, I then want to take everything you see in this image and make a bunch of copies of it to fill up a huge warehouse. How can I create multiple copies while maintaining the animation, and how could I do that in the smartest way possible? (meaning, the way that's least likely to make my computer catch fire). I'm currently using Cycles.

Conveyer using a curve or path -

For a shaped path-curve the items couldn't be arrayed as would be usual for a straight conveyer. An array following a curve would distort items on the belt at it's corners. A path and 5 seperate items (cubes) were used instead.

A path can only have the one set of valuation-time keyframes meaning that multiple items would all be traversing the path piled on top of each other.

The solution used here was to have a duplicate but separate path for each of the 5 items and those placed in layers 1 to 5.. Each path had it's own valuation 0 & 1.0 evaluation frames offset by the delay between the first and next item appearing at it's start. (20 frames apart) (See Dope sheet) 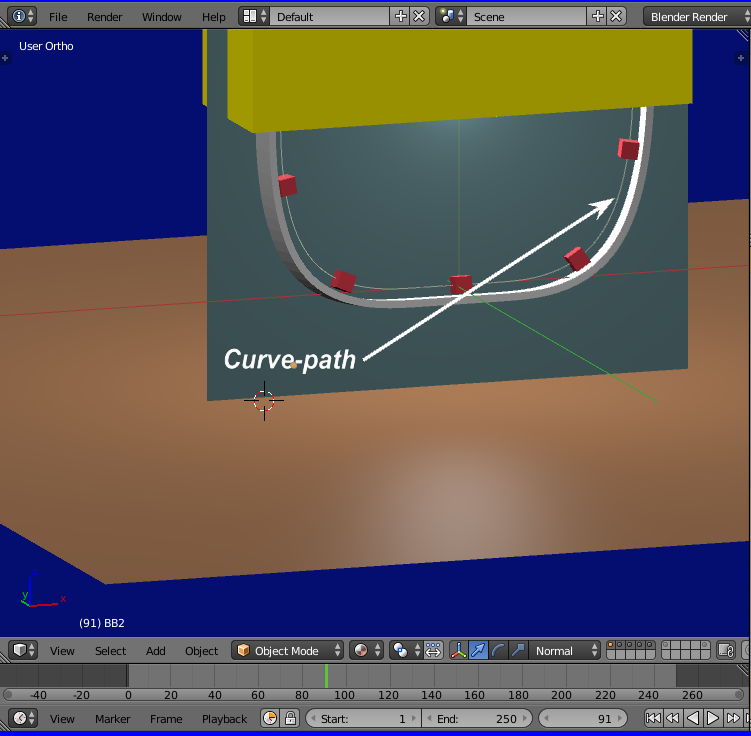 When played right through, for 5 items 20 frames apart, some 180 frames are necessary to accomodate all 5 items from the 1st's appearence at the start of the path, to the 5th reaching it's end.

This provides a looped animation in Blender but would be a trifle short for video so the 19 frames are output as H264 Lossless video. This is imported into the VSE and the video strip duplicated and appended as many times as required. The result, a smooth ongoing loop.

What's really happening is that the cubes (items) are moving only 19 frames forward then switching back to their start positions for another 19 frames and so on, giving the illusion they're advancing forward contiguously.

Because the path's end is also at the exit 'hole', the cubes stop at that location and just sit there. Each cube is therefore 'switched off' with the the Outliner's eye icon at the frame it reaches the path's end, plus 1.

The same is done at the path's starting point. Cubes are made invisible until due to move.

Not the answer you're looking for? Browse other questions tagged cycles-render-engine rendering animation bezier-curves workflow or ask your own question.

3
How can I export a blender model as a sprite sheet?
5
Animating a series of objects along a path independently
3
Controling the speed of the tube animated with curve
2
Make object follow path and collide with other object
2
Setup Constraints for modular conveyor
0
Animating Hair along their path