I have a half-cylinder that has been scaled in edit mode three times on the Y axis. It has a Solidify modifier with its thickness set to .7870 (arbitrary, but it shows my problem nicely). Even with Even Thickness enabled, the Solidify modifier does not handle the top of the cylinder very well: 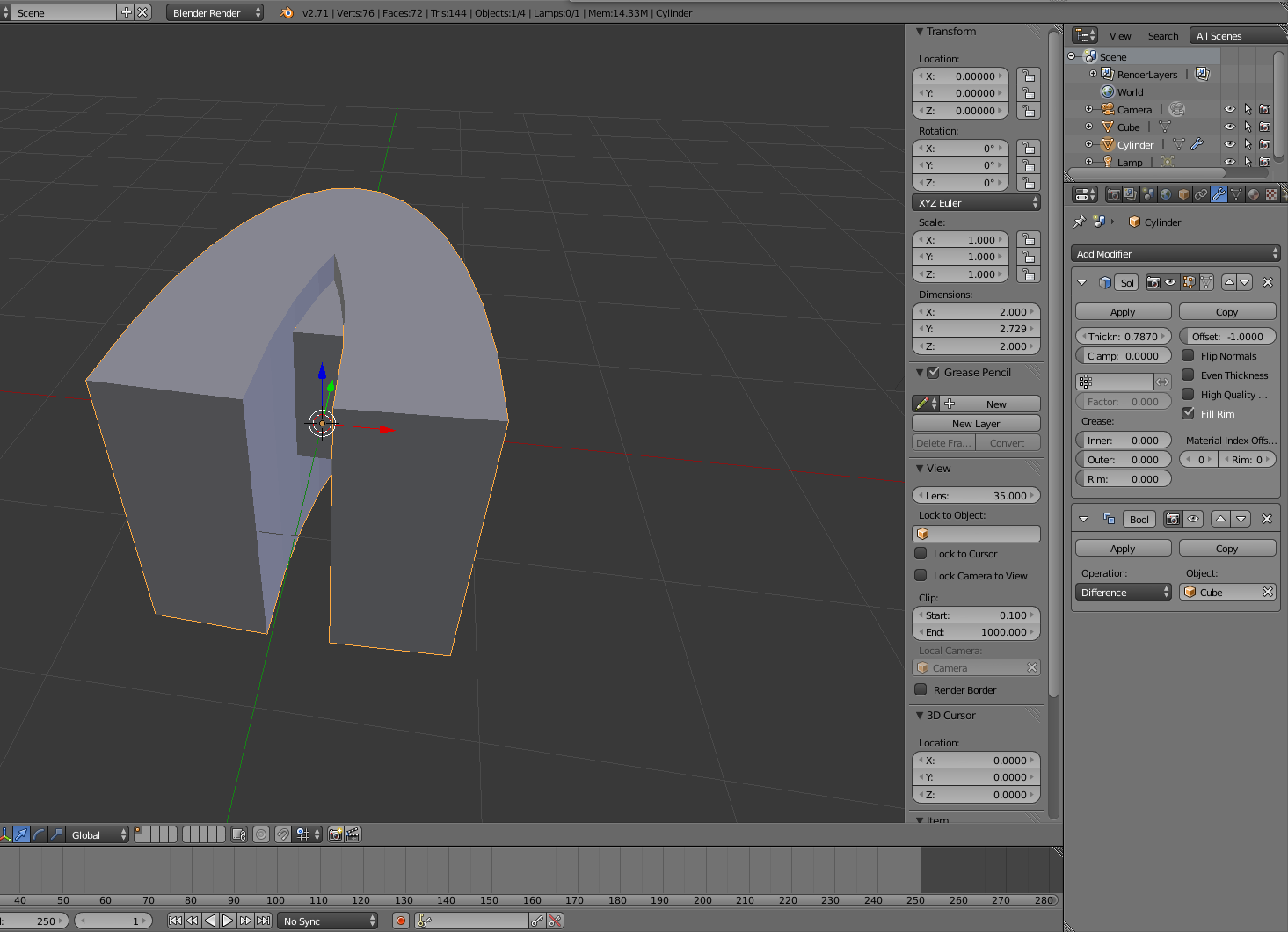 When I try to cut a hole in the solidified cylinder with a cube and a Boolean modifier, depending on where I place the cube, sometimes all the geometry of the cylinder disappears (I didn't hide the cube here; there's really nothing left of the cylinder.), 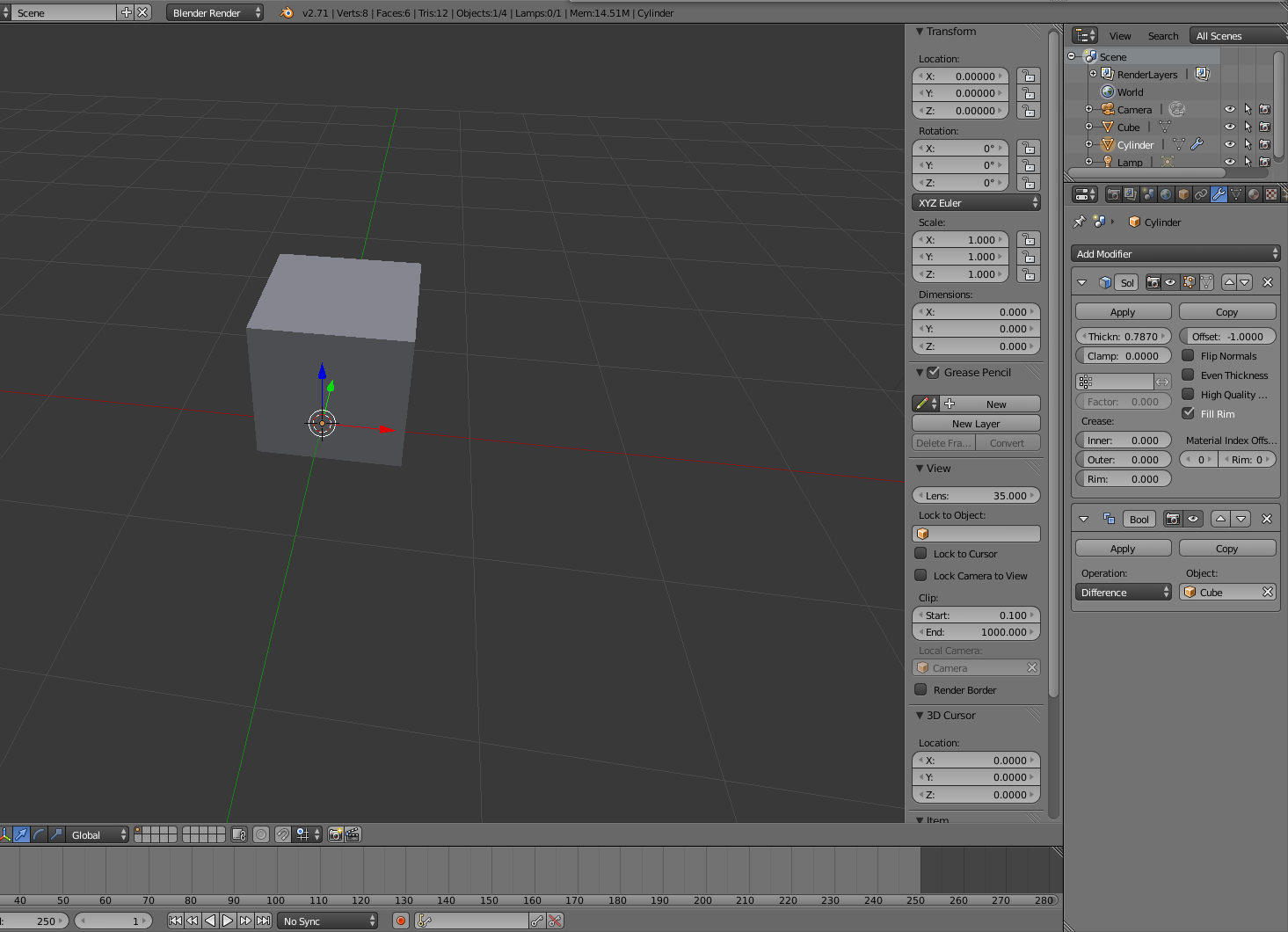 sometimes it acts like I used Union instead of Difference (and it inverts part of the normals...), 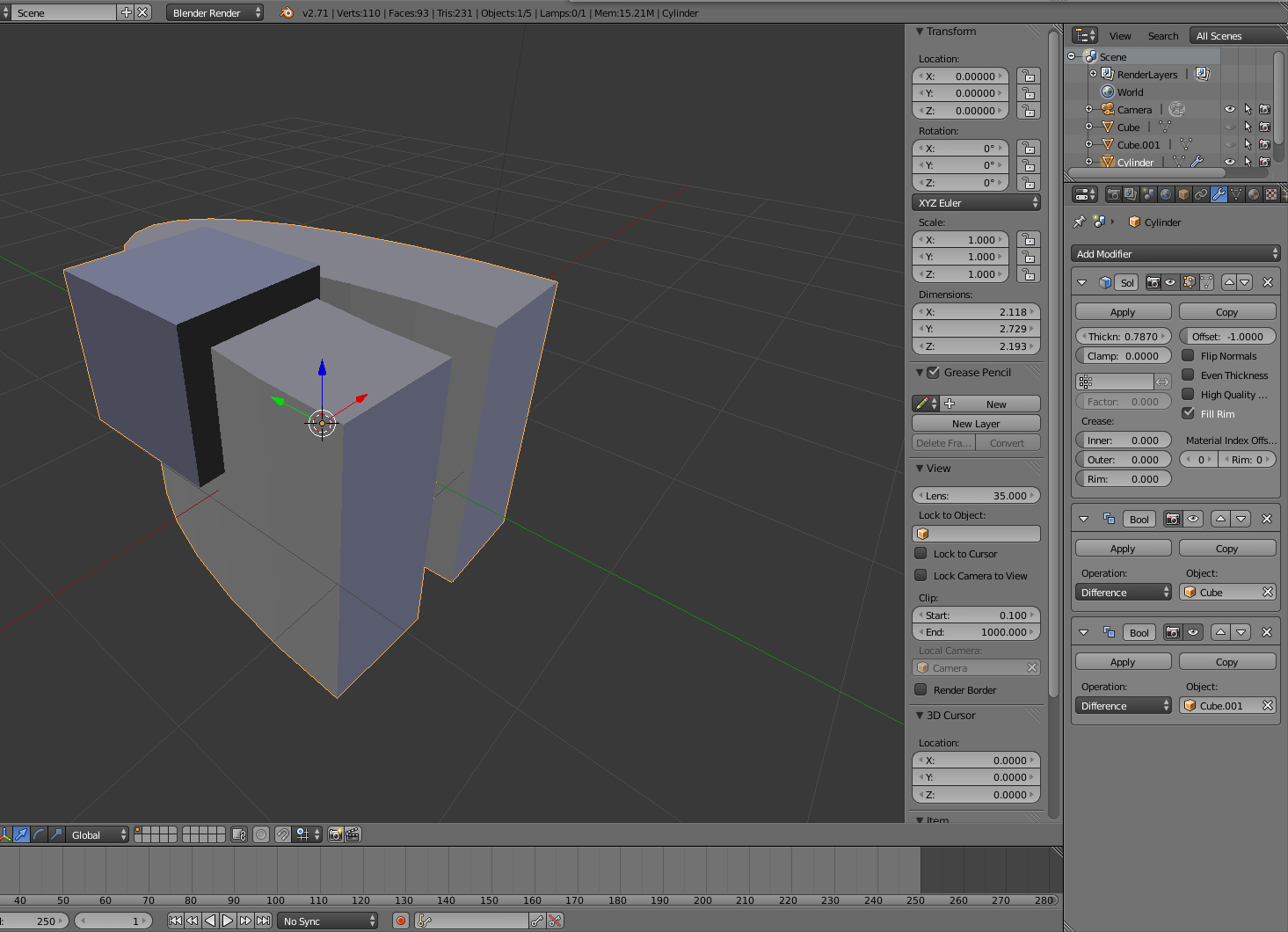 and sometimes it even cuts a hole kind of like I wanted, although it still does a very poor job. 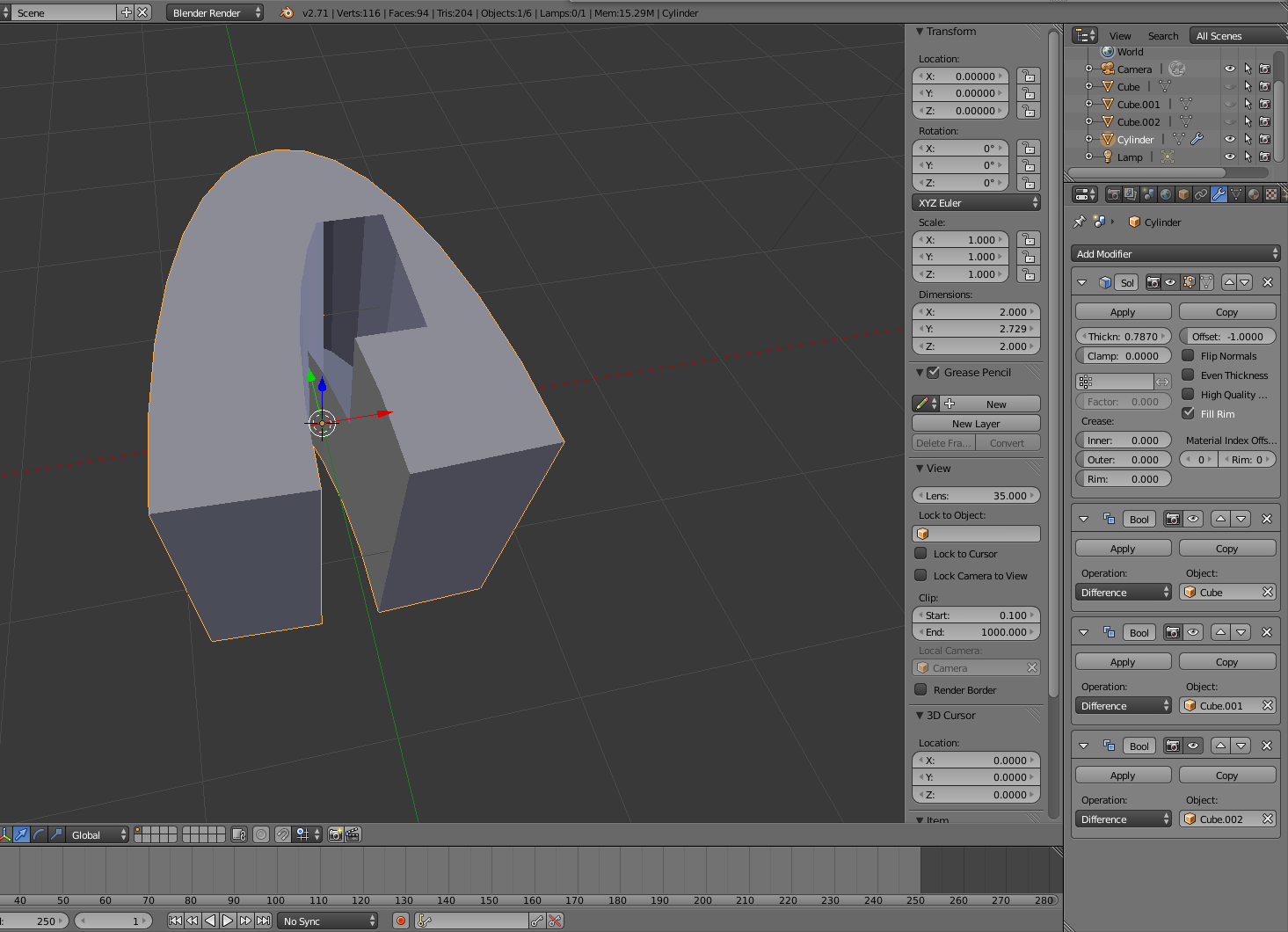 Inspecting the inside of the cylinder, I can see that the geometry of the cylinder is intersecting itself, and that is what I don't know how to fix. Here's my .blend file.

Edit: here's a screenshot of the actual model (side view):

That intersection is indeed the issue.

There isn't much way to fix this without doing it manually, but the clamp option can help at least clear things up a bit: 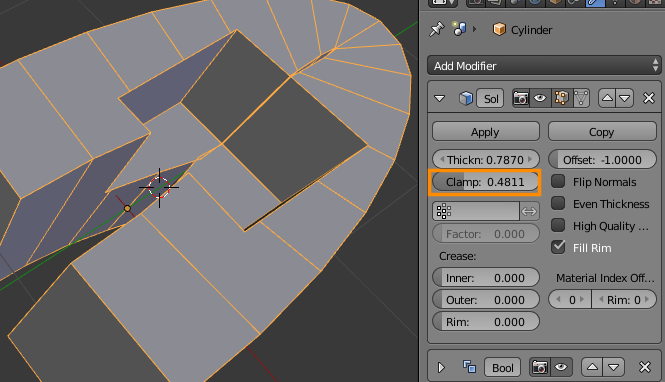 4
Is there a way to have faces with equal thickness?

12
“Cannot execute boolean operation” when subtracting several spheres and cylinders from cube
0
Boolean intersect with plane makes object disappear
2
How do I make a hole and resize it later?
1
Fix intersecting faces in blender
2
Hollow / Solidify a Mesh (Without Intersecting Faces)
2
Boolean union with overlapping faces
0
Difference boolean modifier acts like union but only on a specific object
0
Difference Boolean 2.8 not working as expected; Weird shading and not removing face