Material is being squished according to the dimensions of object, how can I fix this?

The issue I am having is that my brick photo texture is getting squished if the opject it's being applied to is not perfectly square. As you can see in the image below, the object on the left, which is a longer rectangle has long thin bricks. The object on the right, which is more or less a cube, has bricks of the correct dimensions.

How can I make it so even if I am applying the brick texture to a tall thin rectangle, the bricks are normal dimensions? 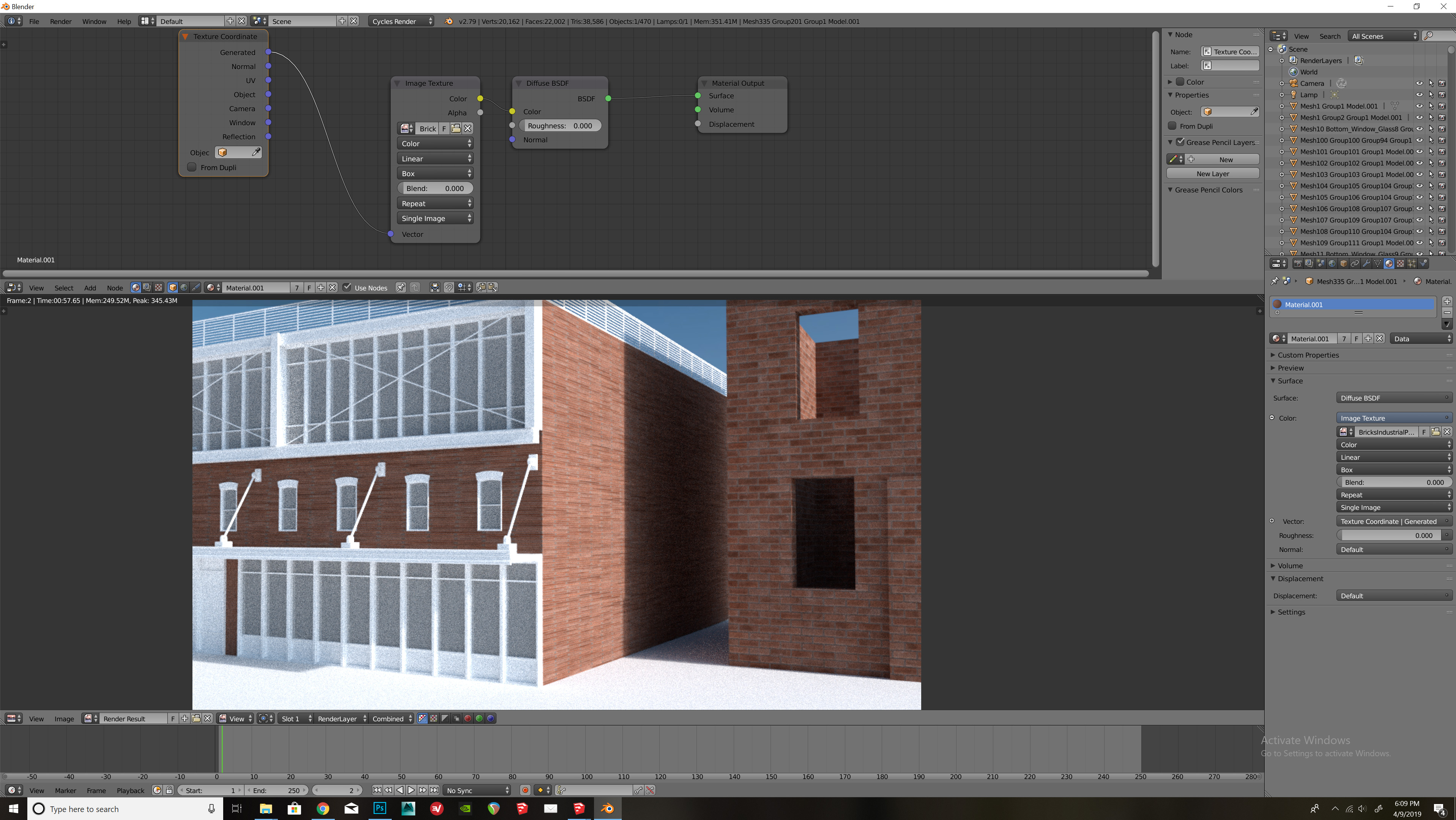 You will automatically have this deformation with the Texture Coordinate Generated outlet, because it will try to fit the faces of your object. So you have several solutions:

if this model was imported from a CAD software (Sketchup, Rhino… ), in most cases the UVs generated from those software are not good enough for texturing process.

However, a final solution for your problem is to correctly UV unwrap your model. To do this, just follow these steps:

The main reason of following this procedure is that you can immediately see the distortions of the texture of your model. The color grid checker is used to check errors/distortions during unwrap. When you don’t see correct squared numbers, it means that you have some distortions along an axis (first image below). It’s also useful to see if several objects have the same UV scale by checking the dimension of the squares (second image below). The first image is the same of your case: the UVs of the left object are stretched along one direction (U or V), so you will see that long thiny bricks instead of regular bricks. The following images visually explain these concepts:

My advice is to create a correct UVMap once for all objects, so you won’t care about the position/scale/orientation when you apply the textures.

Here's something you may want to consider doing: Using smart UV project. This will unwrap the mesh on the UV image in a fashion that realistically portrays the texture on the object in rendered mode. You should consider using this for future projects too. To do this, go to edit mode, press 'U' and select smart UV project. You can then adjust the projection settings for a good result.

2
How to put an Image Texture over a material in Cycles
0
Material assigns to a wrong object
0
How Do I Get a Material to Assign to All Faces?
2
Rendered textures different to 3D View
1
Material Instances Using Same Node Set Up
0
How do i add a transparent texture over my material?
0
How do I fix this weird material/ texture of the glass?
1
Transparent image over texture in faces