I have a simple scene featuring a cell-fractured Cube object with the following Animation Nodes setup, based on Jacques Lucke's tutorial here. 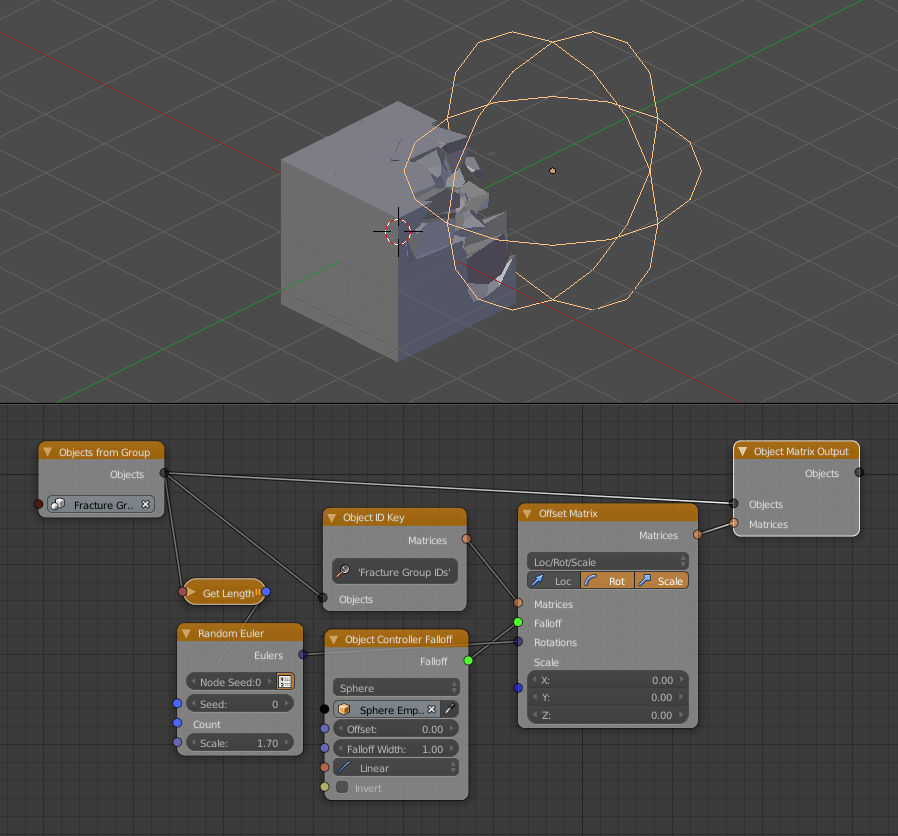 I was wondering how it would be possible to effectively parent all of the individual fractured pieces to an animated Empty object and have them rotate as if the cube was a whole (see the .gif for reference, below), whilst retaining the individual piece matrix transformations defined within the AN setup?

I would also like to parent the Sphere Empty object to the Animated Empty. I have been able to do this again by manually creating an ID Key of the Sphere Empty's initial transforms, however, I was hoping that there would be a more automated method, rather than having to generate ID Key's by hand for each object I'd like to parent. Below are several attempts at automating this approach. @OmarAhmad, the first .gif below is a reference of what I'm trying to achieve, although obviously, this one uses the manually created ID Key's.

Parenting in essence can be implemented as a simple matrix multiplication. For instance, give an empty and an object with a certain initial transformation. In order to parent the object to the empty, we simply multiply its initial transforms by the transforms of the empty as follows:

So, to answer your question. All you have to do is multiply the output matrices to the transforms of the empty.