How do I offset animation start in a linked blend?

My first instinct is that you're going to have to "make local" on the object. At that point you can add an NLA track and a strip referencing the relevant action. Once it is an NLA strip you can control how much of the source action's timeline is used, and what its time extents in the scene will be.

If the freshly-local object already has actions and NLAs, you might have to remove them (or maybe just adjust their parameters if some of them are almost right).

I liked Mutant Bob's suggestion but since it's still early in production, I wanted to maintain a link to the original file so that when I texture it and add more practical effects to it, the master scene will update with those changes.

The solution I came up with isn't perfect and might have unintended side effects, but it achieves my basic goals Using Pablo Vazquez' tutorial "Modifying Properties on Linked/Proxy Objects" as a guide, I was able to wade into python scripting and in the scene file, adjust the start/end times of the NLA tracks in the linked files. 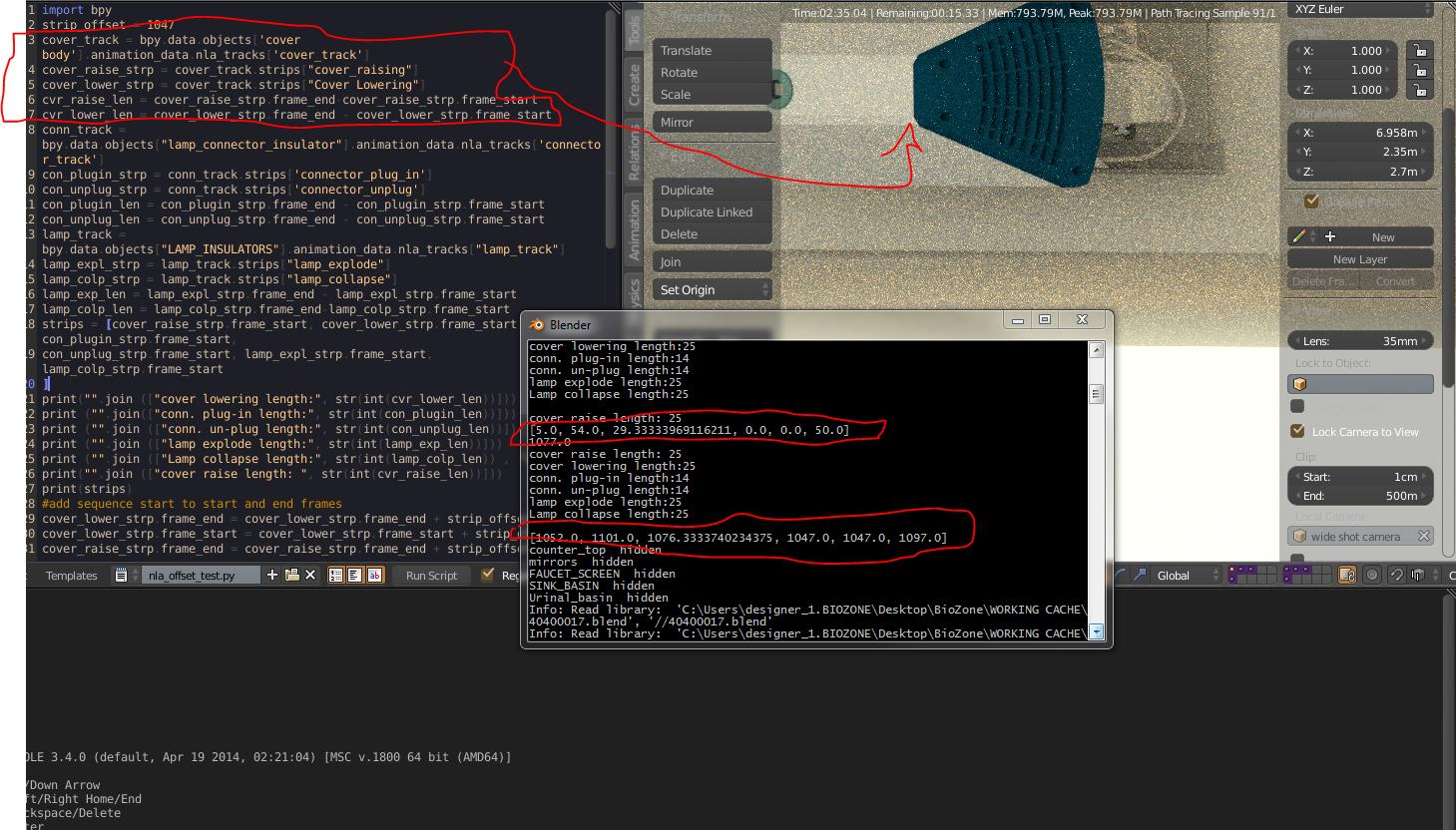 The adjusted tracks don't show in the NLA editor and I'm not sure what the effect will be with multiple instances of the linked groups but it's a start.

Python also gave me the ability to hide specific linked objects so that the proxy objects that I wanted to include in a fluid simulation wouldn't appear to have duplicates under them.

For anyone who wants to get started in python scripting, I found these links useful Blender Python API quick start guide

-and this primer tutorial on python

It contains explanations and 'how to's of python syntax and functions.

I don't know if you have solved your problem, but, I had the same situation of your.

I would like to offset the entire linked objects animation, but it don't appear in the NLA panel without make proxies. In my case, my rosource file has more than 50 animated objects, it's impracticable to make proxies of each one and then offset each nla strip.

My solutions was: When you thing in animation in Blender, think in armatures! Do not animate objects, animate bones! I've changed my resources files and add one armature to each one. Each object is child of one bone, and the animation is made on the bone. Therefore, when you link your resource, you make only one proxy (the armature) and only one nla offset (the armature's nla).

I hope that I've helped

Not the answer you're looking for? Browse other questions tagged animation groups linked-data nla-editor or ask your own question.

0
How can animated shape keys be used in the NLA when a character is linked from another .blend?
0
How to turn a linked group into independent objects?
1
How to add linked groups symmetrically around an object
3
Linking objects, groups, and Freestyle
0
Changing only one linked group Original File
0
How do I use the NLA editor with Linked characters?
0
Moving linked groups to another file