One curve into two or three

I have a straight curve that's hooked with hooks at both ends to two objects. I'm creating the curve in python and applying the following to make it look like a cylinder in a python Bond-class (for a chemical bond between two atoms):

This works fine. Now I would need to be able make these into two or three "cylinders" to represent double and triple bonds as needed. These should stretch lengthwise as the atoms move closer or further apart, but they should stay otherwise unmodified. Any ideas how to do this as simply as possible in python?

Could I use a bevel object on the curve, say a curve-object consisting of two circles? If yes, how do you control which point on the bevel object follows the curve?

You can totally duplicate your circle in Edit Mode on the Bevel Object. The origin of the Bevel Object is the point which follows the curve. you can Tilt the curve with CTRL + T to control its rotation. 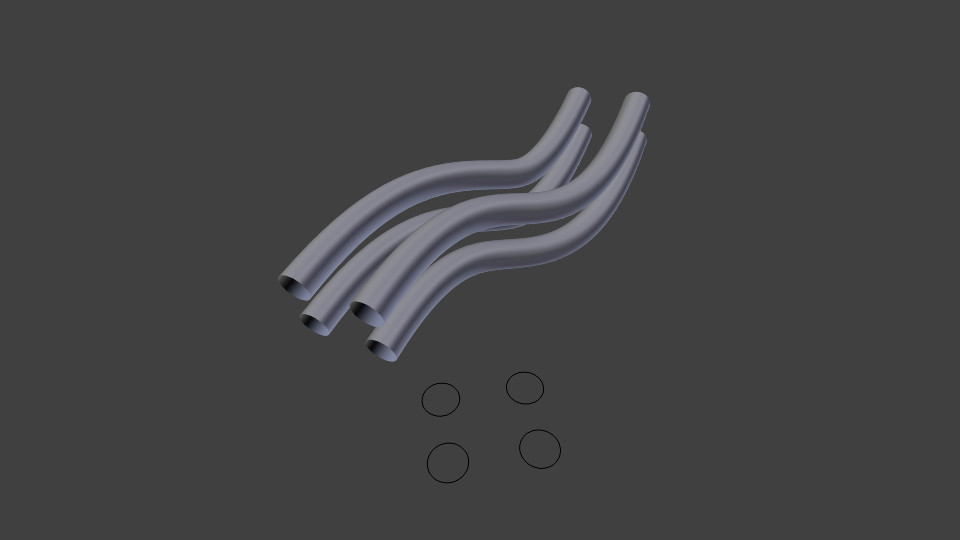 Not the answer you're looking for? Browse other questions tagged python scripting bezier-curves or ask your own question.