How can I determine the coordinations of the deepest point of a pit located on a 3D object?

I am trying to find the deepest point of a rough pit located on a rough 3d object. The pit is full of irregular vertices. 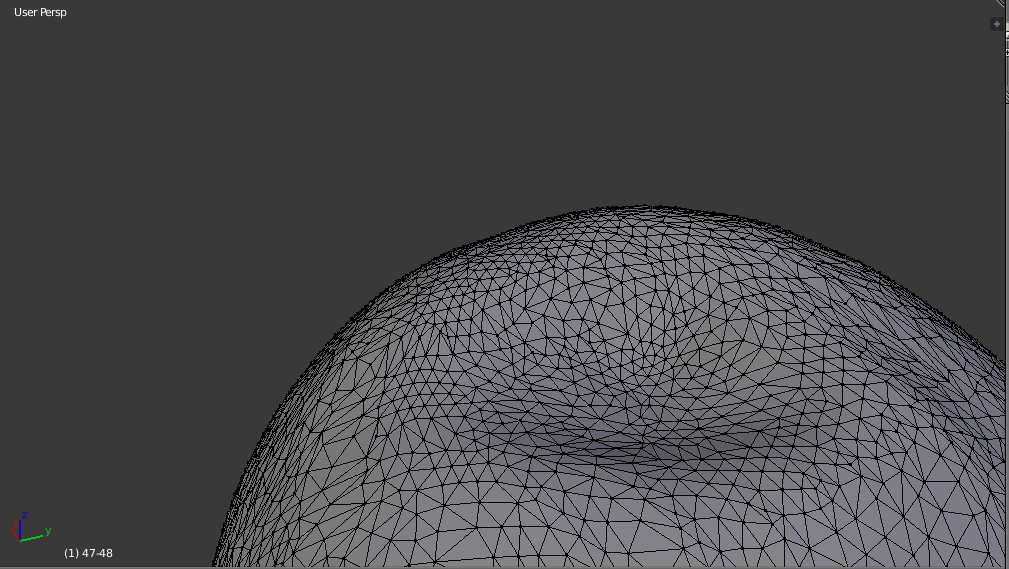 I cannot determine which one of them is the lowest. Could you please help me? Thanks!

Calculus is full of finding maxima and minima of equations. Numerical methods , generally iterative, can be employed to find turning points based from Newton's Method or Gradient Descent to name a couple.

Turning points occur where the derivative (tangent) is zero. Inconveniently the mesh isn't defined as an equation. For every vertex there is a normal, that is perpendicular to the tangent.

As a simple test case, for each vertex:

Result of reversal of test. dp2p(nv.co,p_co,p_no) <= 0 as a useful way to find concavities

Once a point is selected its local depth (depth from surface) could be calculated (estimated) by selecting out from point until distance from plane stops increasing, and choose the max.

As mentioned this is a very simple test. Once a vicinity is known a more robust method like raycasting could be employed.

Do you tried mesh analysis? 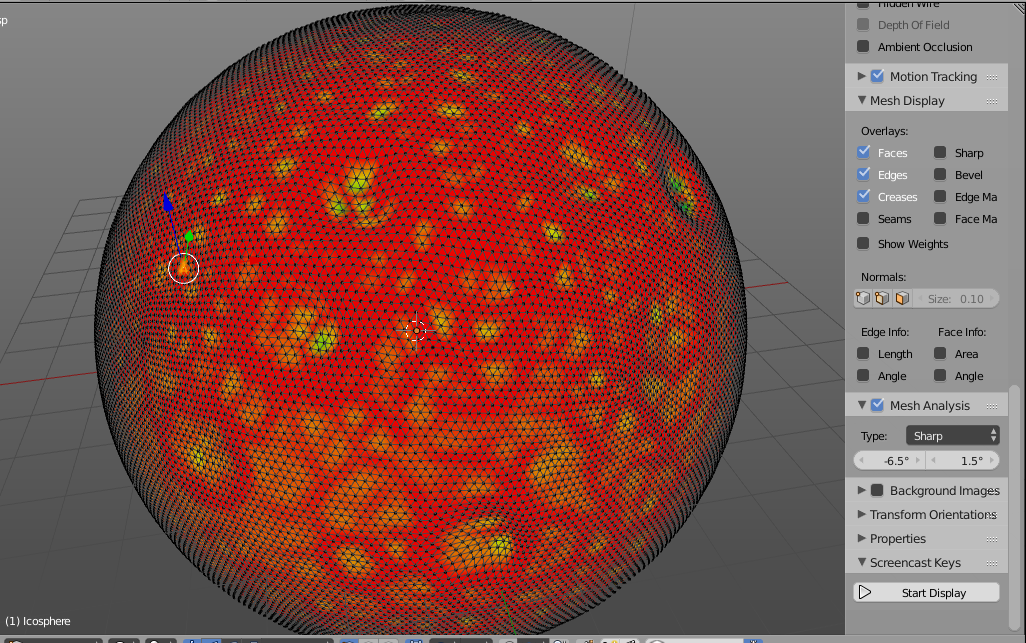 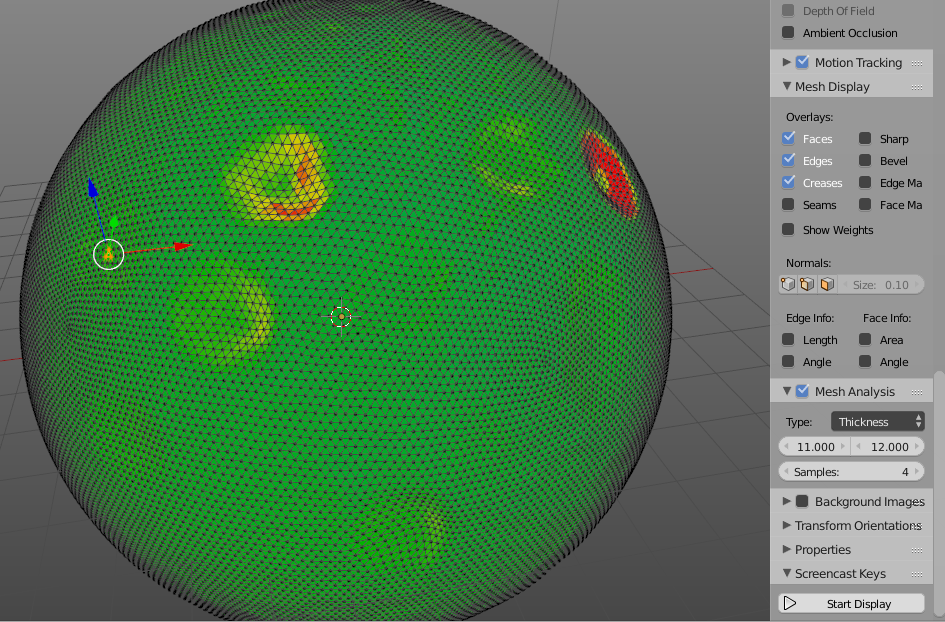 Not the answer you're looking for? Browse other questions tagged objects coordinates measurement texture-coordinates or ask your own question.

2
Can Cycles nodes use “object coordinates” like blender internal? (or: how can hair-mesh-objects inherit their emitter's texture)?
2
Merge object at vertex
1
Measuing an irregular volume from an .stl mesh
11
Snapping two objects by edge in Object Mode
0
Blender does not render OBJ and MTL import
0
I can't select multiple objects using Shift-Left Click in object mode