I wanted to track just a single point in a movie.

I followed a tutorial on YouTube which was also about motion tracking, but was more tracking motion in a 3D environment and placing blender objects in the real video.
This didn't work out for me so I tried it in a different way. This time I was able to track my single point, bind it to an empty and work my way out from there.

Since the scene was very simple (it had very simple and single coloured geometry in it) I wanted to render the image with blender render to be fast. The output of blender render displayed the movie as background image (as I wanted it to do), but the rendered objects was greyish and 50% transparent.

Information on that topic: Transparent rendered object over tracked background (posted by cegaton)

Cycles was much slower, but did start out correctly. The geometry was correct in size and colour. However, after it finished rendering the scene with Cycles, the movie layer was put above the scene objects. So in the final video I only saw the initial video content and none of the objects I wanted to see.

I was using the movie editor and placed the scene stripe above the movie stripe and used it as alpha over. Even after deleting the background movie in the didn't help.

In the end I was able to figure out a solution myself. I want to share the solution in case you have the same problem or can tell me more about it/have a better solution for me.

Since this was a very strange behaviour, I wanted to check the whole setup in the node editor. I realised that it seems I was searching in the wrong part of the rendering pipeline. Somewhere I got the idea to look at the compositor window.

This is what I saw: 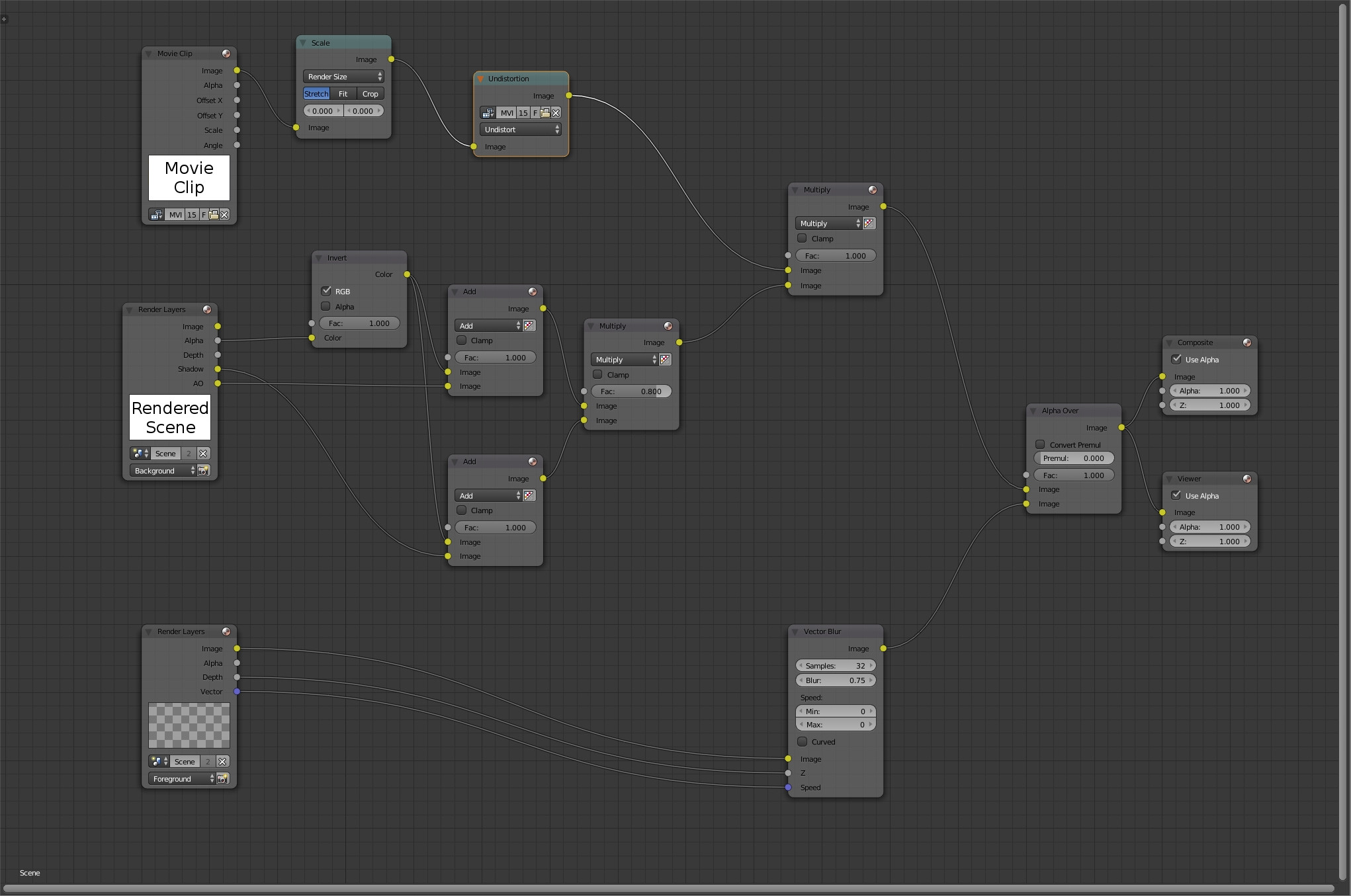 I have no idea how or why the setup was that way. It may was caused by the motion tracking workflow I did at the very start.

Since my only goal was to overlay the movie clip with the coloured objects, I deleted everything but the movie clip, the rendered scene and the alpha mixer (plus the two outputs of course). 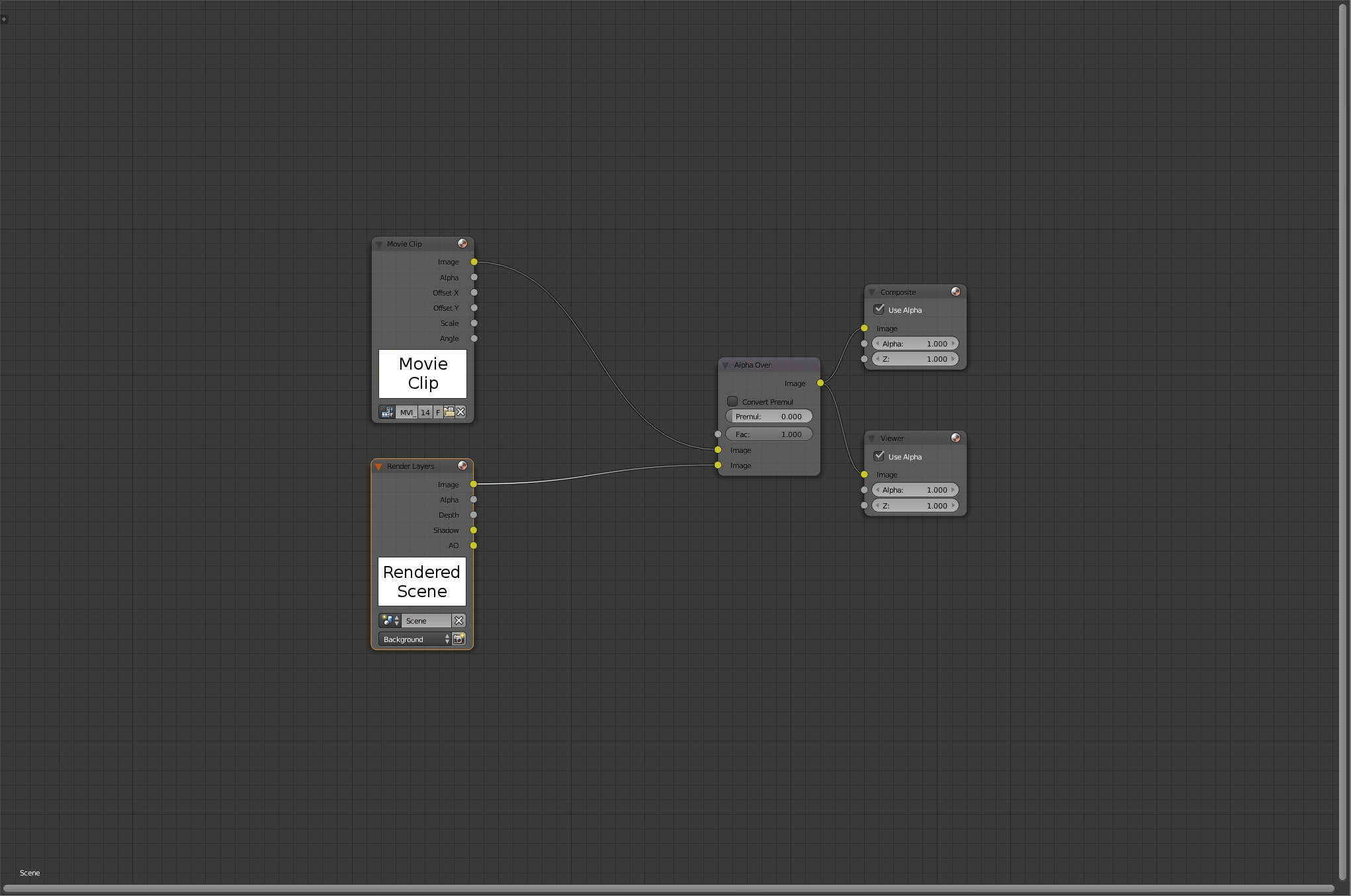 With this configuration I got what I wanted and blender render did work as well for rendering.

1
Render layers not appearing in the compositor
7
vertices tracking: movie clip editor
1
Adding 3D object to Video Clip
1
Car model does not render after using motion tracking, but its visible in viewport
0
Use the Film: render transparent setting on select layers only