I've asked the question before in here: Creating trails using Animation Nodes by delaying the frame of the following polygons . This was for making trails, but for objects only. I realized I want to do it with a curve that was hooked by two empty objects. Since Animation Nodes is not (yet) observing curve hooks, I can't apply the same method suggested by Omar. I've also tried my first solution

But it didn't get what I've expected, for the curve is changing over time. Here's the result: 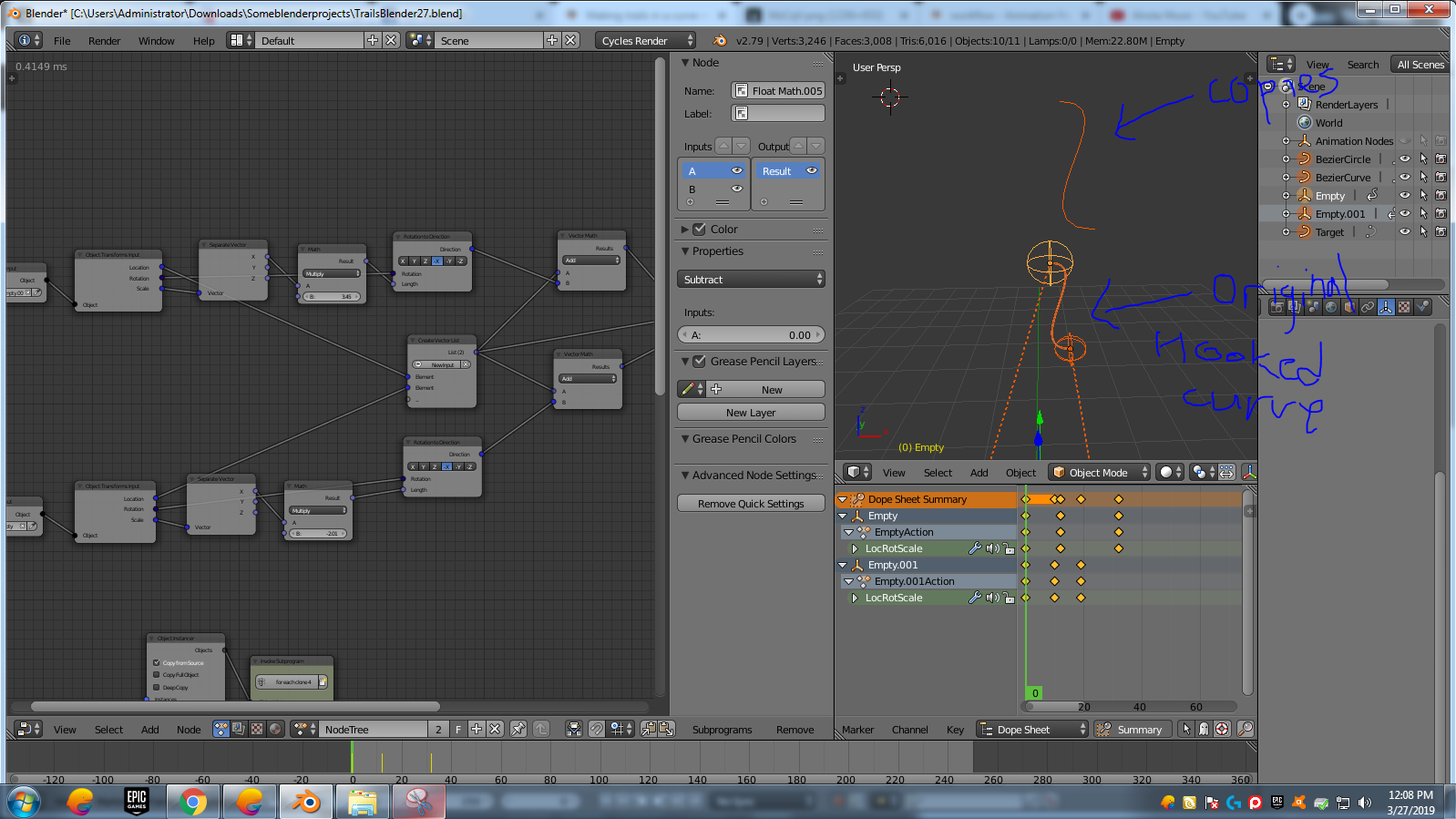 The solution that I've come in mind is to create a spline/curve using the add-on to avoid hooking so I could make trails in it by instancing the previous frames. But the question I have in mind now is: Would I be able to create this trails, and filling a polygon between them. (Additional question: If it's possible, how do I fill up with polygons between the created curve edges), if it's not possible, what method could you recommend to create trails in a hooked curve. Animation Nodes - Animated object trail I've found this article that could help me create this, but I realized it's has a long method so I decided to ask a question first before doing it. Here's the nodes to create curve between two object (there could be a better method than this): 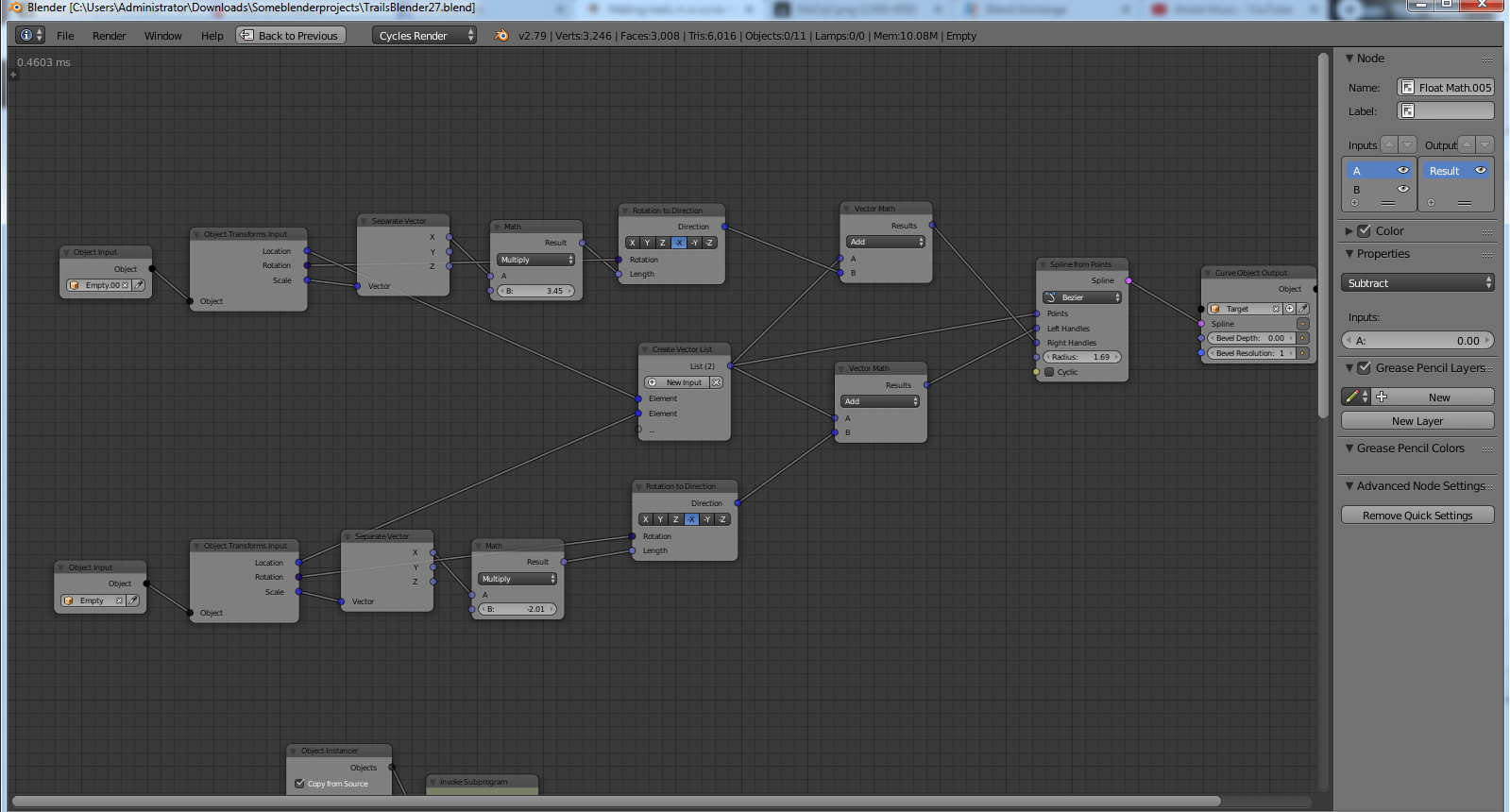 Now I've tried to do making it myself with Omar's answer, I've tried to loop over the frames using float range in the time info node and plug it into the frame input of "object transforms input" to get the previous transforms of the two empty points I've made. (That's why I used AN 2.0 because it has frame input in object transforms input node unlike AN 2.1) Now I have the vector list of the previous locations of my two empty points, I don't know how would I connect the spline according to indices of the vector lists, and connect it to "spline from points" node. Here's the nodes: (This maybe wrong XD)

If it is possible to achieve the desired result without the said frame input, it's welcome to be accepted. 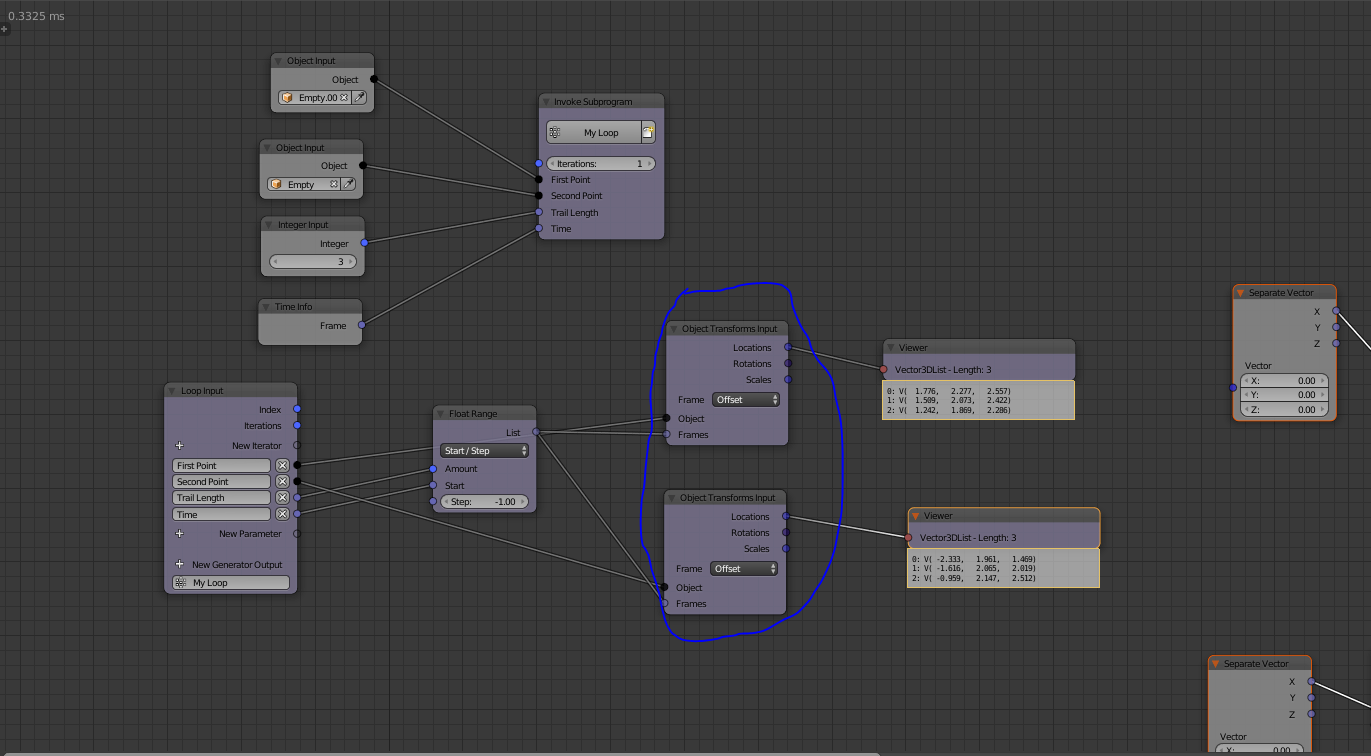 You say you implemented hooks proceduraly, consequently you can construct the spline at any frame of your choosing. So, what you need to do is loop over the frames, construct the spline, evaluate some points onto it, and append those points. The loop will output a list containing the evaluate points at all frames. All you need to do now is construct a mesh from that by using the edge and polygon indices of the grid node as follows: 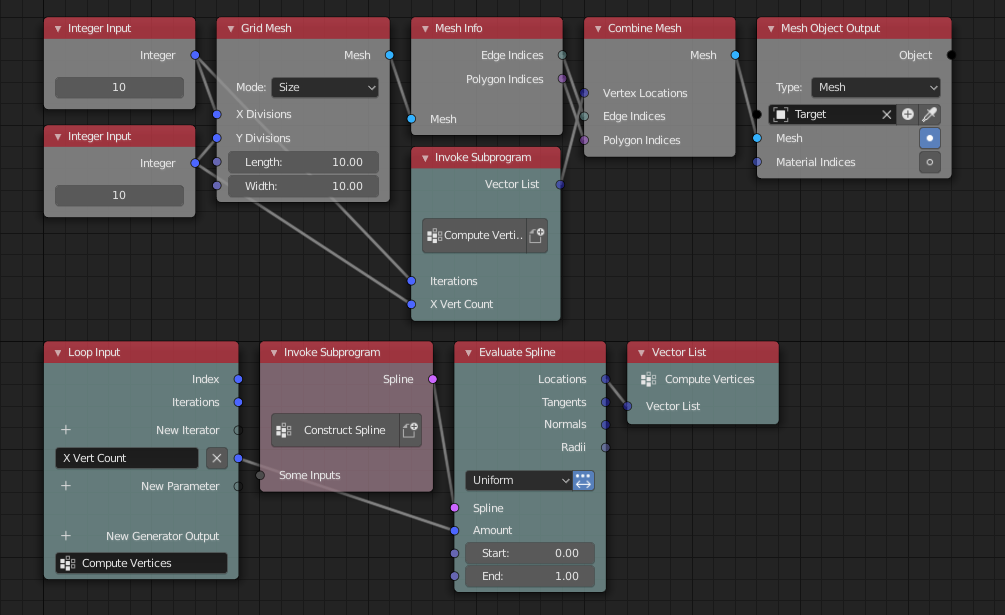 Not the answer you're looking for? Browse other questions tagged bezier-curves animation-nodes fcurves or ask your own question.