Armor disassociated from the mesh, how to associate again correctly?

This happened after I had trouble importing such a character into the Unreal Engine 4.

The Unreal Engine 4 accused the following problem: Multiple roots are found in the bone hierarchy we only support single root bone

Following the answer to this question (https://answers.unrealengine.com/questions/109814/multiple-roots-are-found-in-the-bone-hierarchy-we.html), I was able to get the object imported correctly to Unreal Engine 4.

Transcript of the answer (I quoted the link)::

First, unparent your mesh to the skeleton (or this may cause crashing later when importing) alt+p, clear parent. Now, go and create a root bone if you do not already have one you want to use as root. Join all your bones together into one armature by selecting them all in object mode and pressing ctrl+j. Select the armature and go to (usually tab)edit mode, select all the bones that you ARE NOT your root bone, then finally select the root bone and press ctrl+p (make parent), and select keep offset, (assuming you dont want to move your other bones onto the root bone). Export the armature as fbx as you where and it should work now. 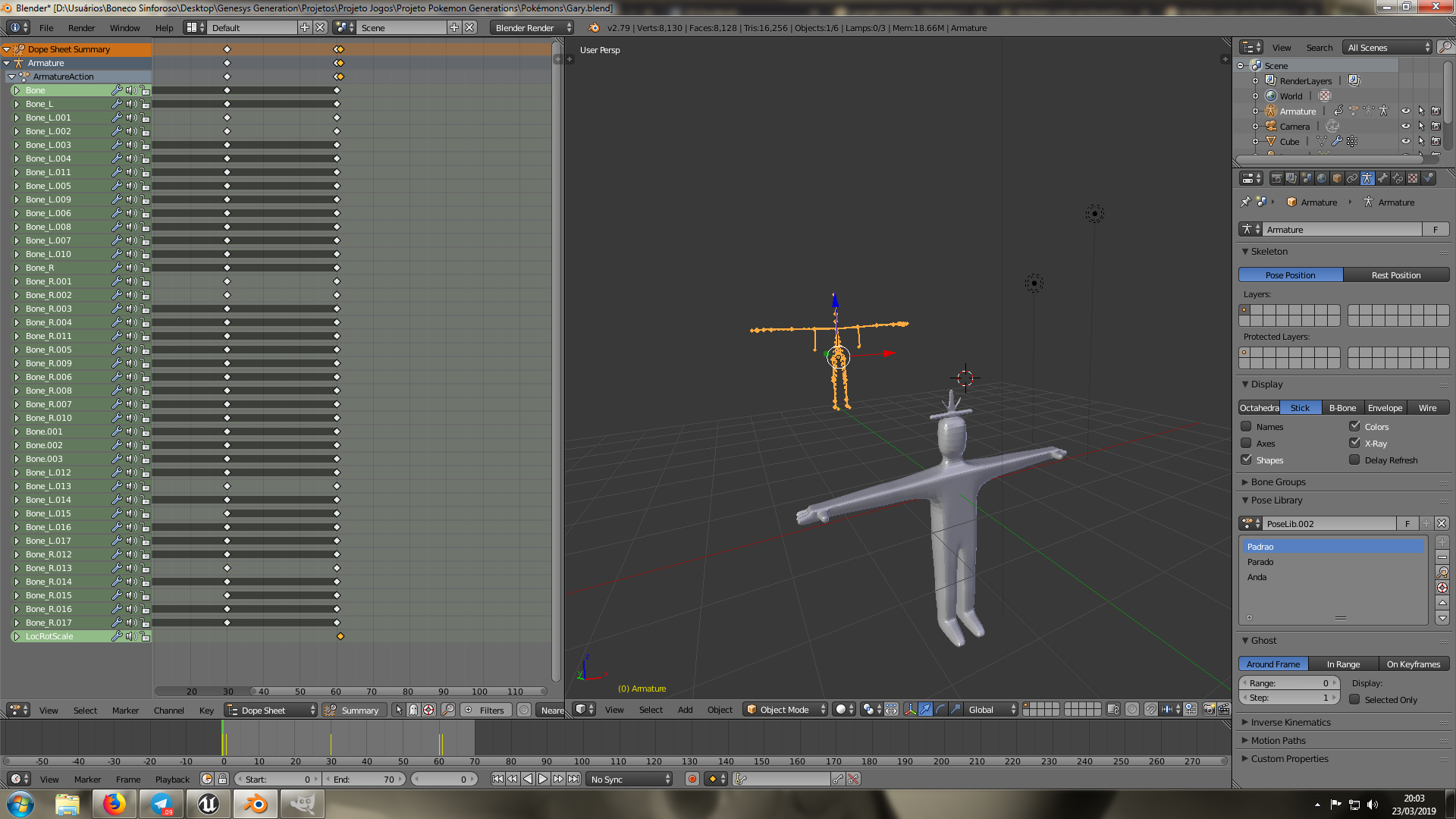 Note that it not only separated the mesh from the armature, as you can see that the bones are showing two poses at the same time (in object mode): 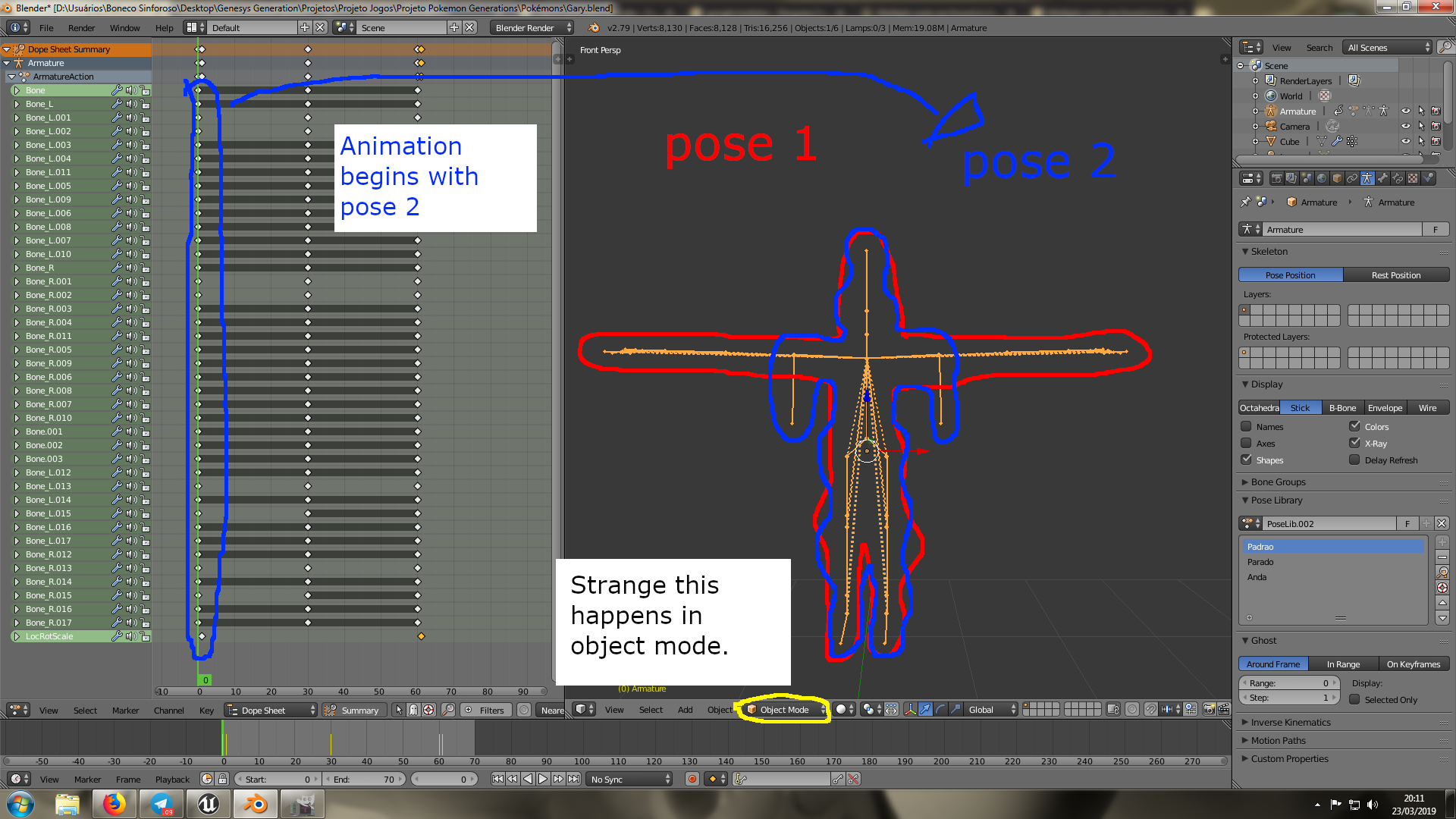 I would like you to tell me the correct way to put the 2 together again, so that after that I can import into the Unreal Engine 4.

The answer you've found is misleading: start with a previous version of your file (the one which worked well in Blender but not in UE4).

Delete the two keyframes that are causing the sliding of the rig in object mode: it's better to have all your animation performed by bones only, not bones movements and object mode movements; expecially for exporting purposes.

Select the mesh, delete the armature modifier and apply the multires modifier.

Now you should have both the mesh and the armature in the centre of the scene, in T pose; if not, move them manually to have their locations matching well in the center of the scene.

Select the mesh and use Ctrl A to apply loc, rot and scale of the character, then do the same for the rig.

In edit mode add a new bone, call it "root", set it in the center of the rig, under the feets, in any z and y location you want (it doesn't matter), uncheck its "deforming" property.

Check in the outliner: the root bone should result parent of every other chain of bones. 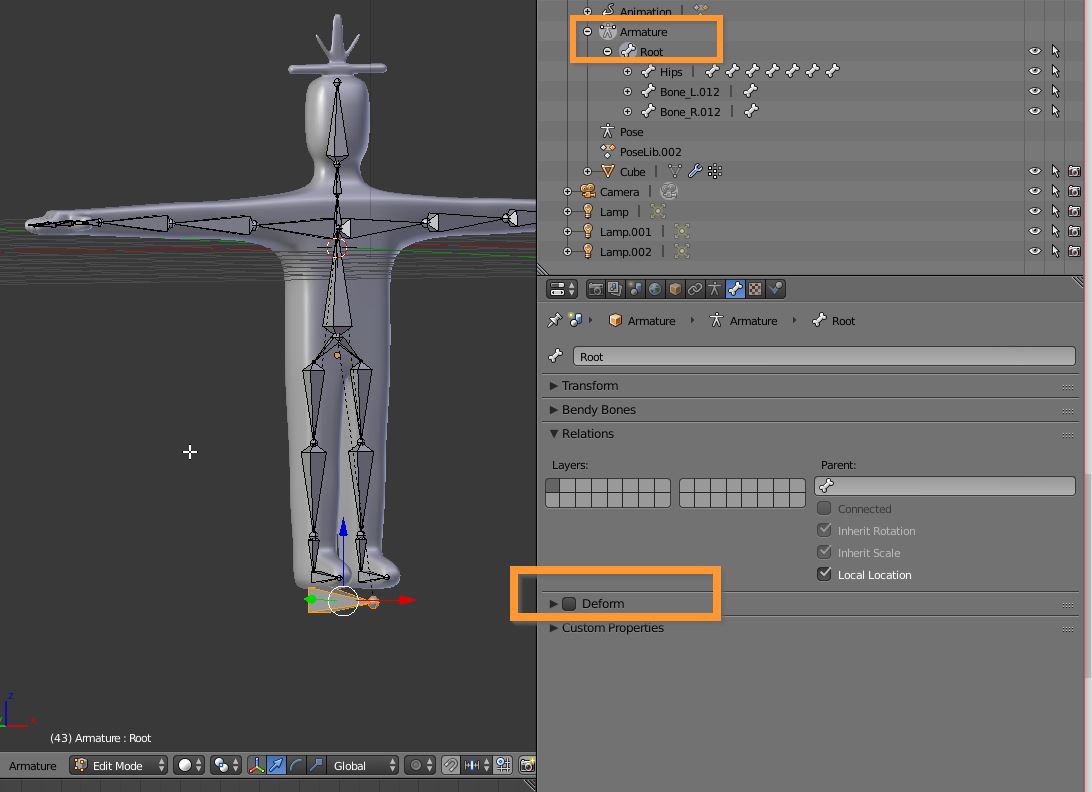 Now add an armature modifier to the mesh, setting the armature in its "object" field; in the action editor select your animation: the character will "walk in place"; use the root bone to set two keyframes to have the walking mesh sliding.

Every animation maden with this setup should be imported by UE4 without problems (maybe you will have to unparent again the mesh from the rig, for avoiding crashes) so, if the old animation doesn't work you should redo it with this new rig.

Not the answer you're looking for? Browse other questions tagged animation export import unreal-engine or ask your own question.

4
How to Properly Import from Blender to Unreal 4?
0
Blender armature screwing up rig hierarchy in ue4
1
Importing Rigged Character and animations to Unreal Engine 4
0
How to use root motion with inverse kinematics?
0
Multiple root bones found error
1
Rigify Rig moves twice as fast as the Armature Root bone after parenting everything to the Root
0
Blender exported to UE4 Gun Animation Skeletal Mesh is Twisted