Object physics not working when moved with armature?

I'm a complete novice when it comes to doing anything other then making basic models in blender so if there's a simple solution to this i'm sorry I didn't figure it out already.

I've been working on a gachapon-style enemy for a little while now and found out how to add physics to the transparent tank and balls inside it so that the balls would move around when the tank was moved, this all worked perfectly fine until I rigged the model and found out that the balls only move when the tank is moved as an object as when it's moved with the bones the balls just sit in place as if the tank were still in the same position. 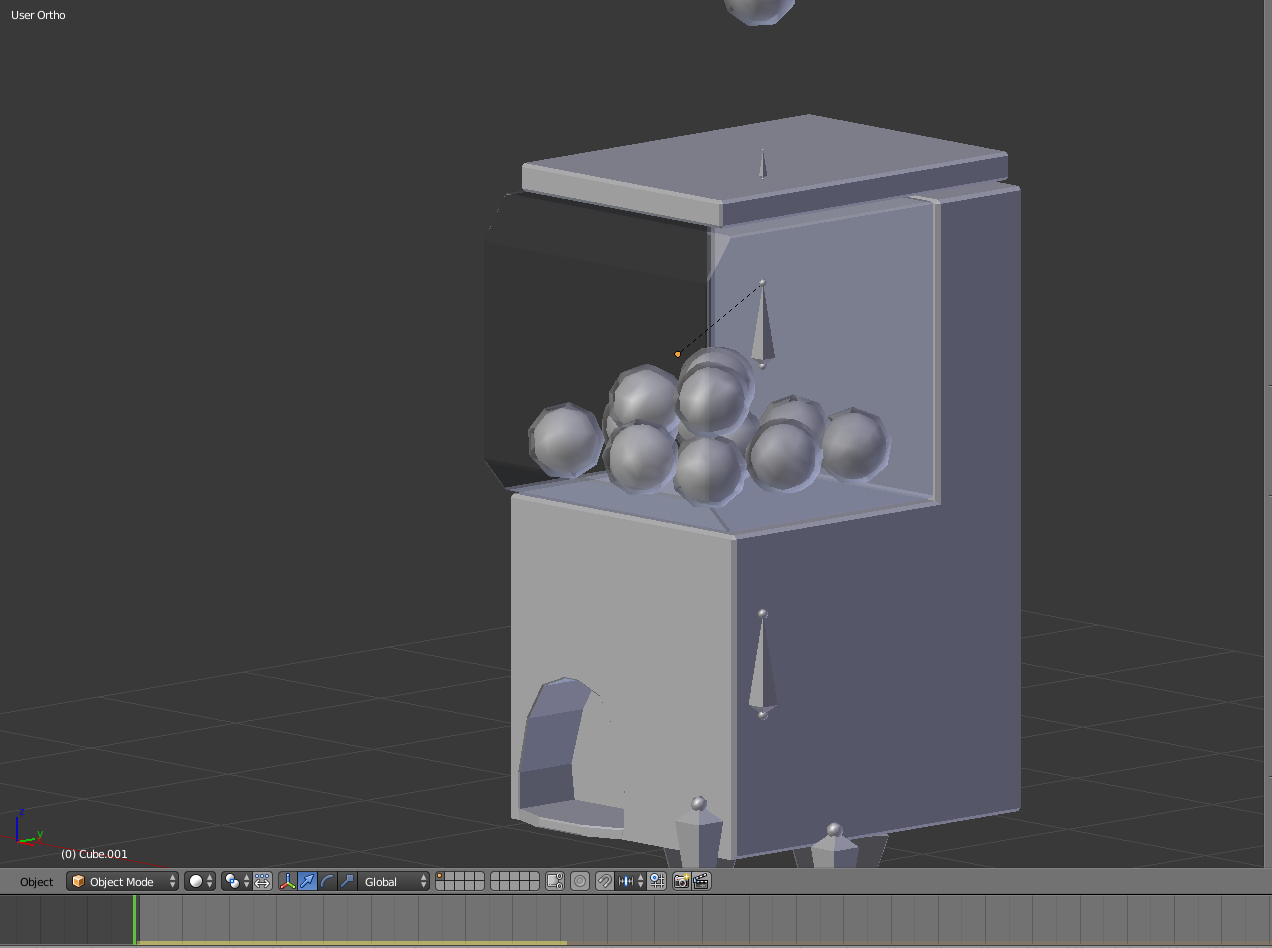 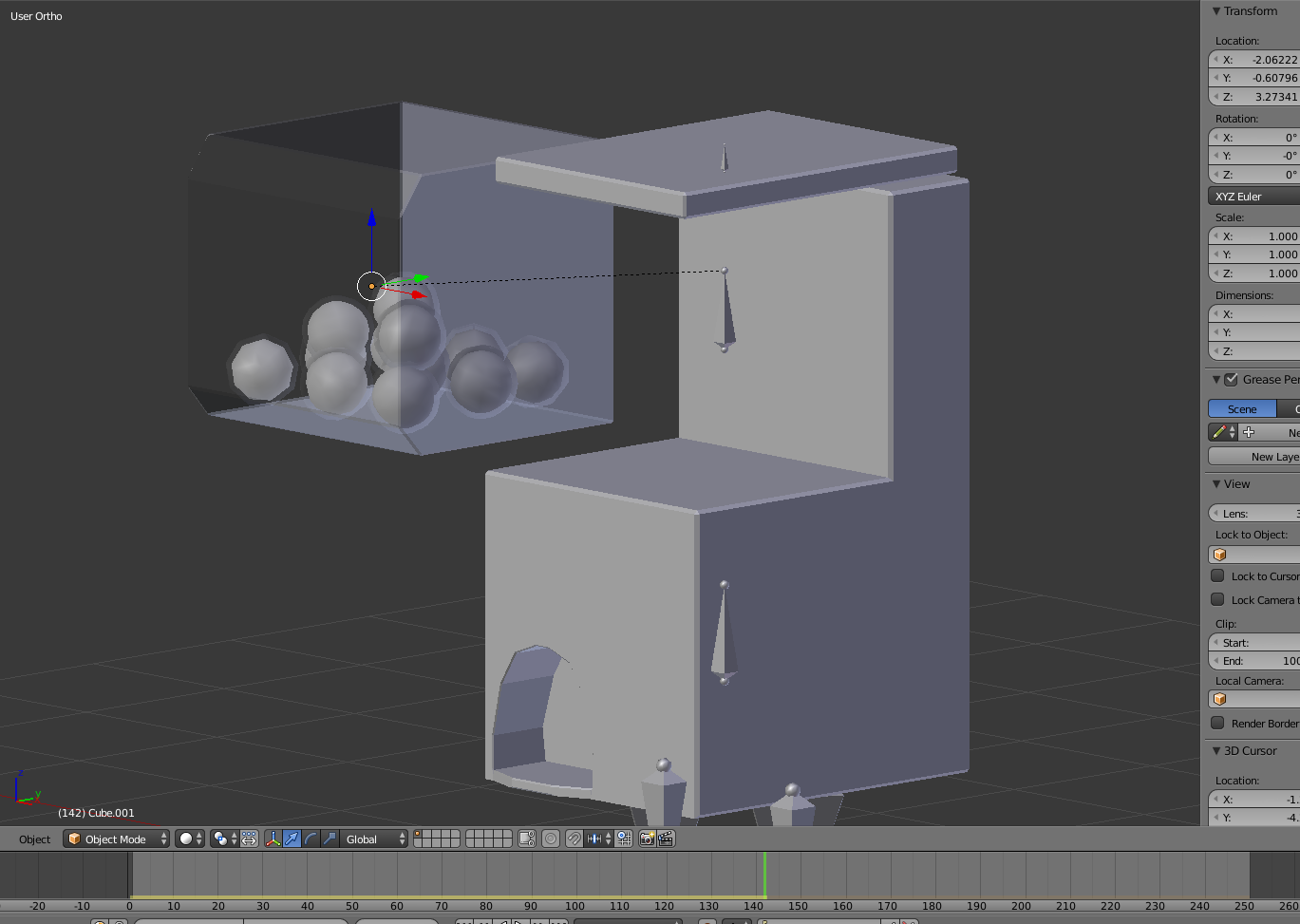 here's the tank the balls are held in, they move and bounce around inside just fine when I move it in object / edit mode (while the timeline is playing, of course)

but whenever the tank is moved with the armature, be it in regular object, edit or pose mode, the balls don't react the same way 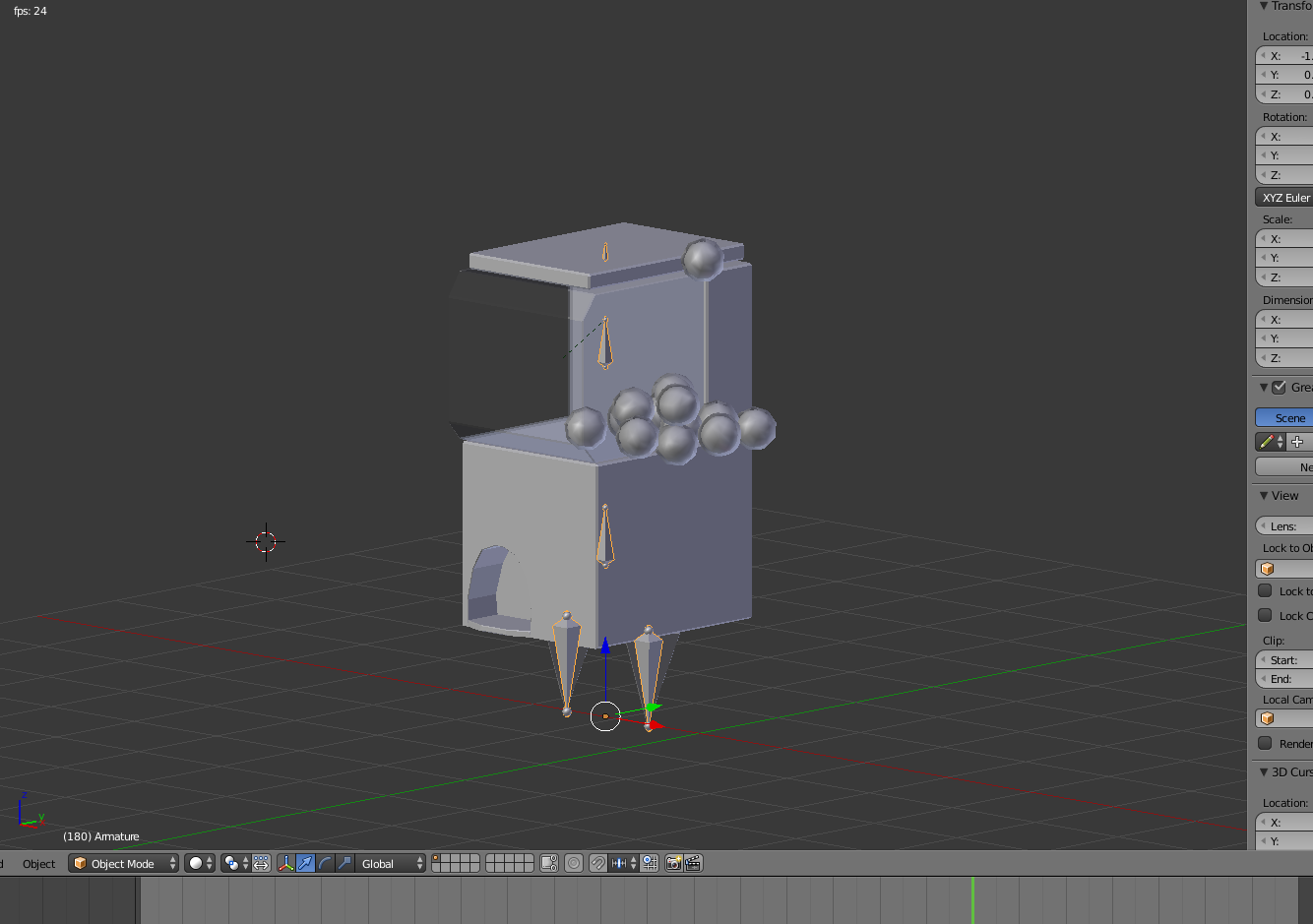 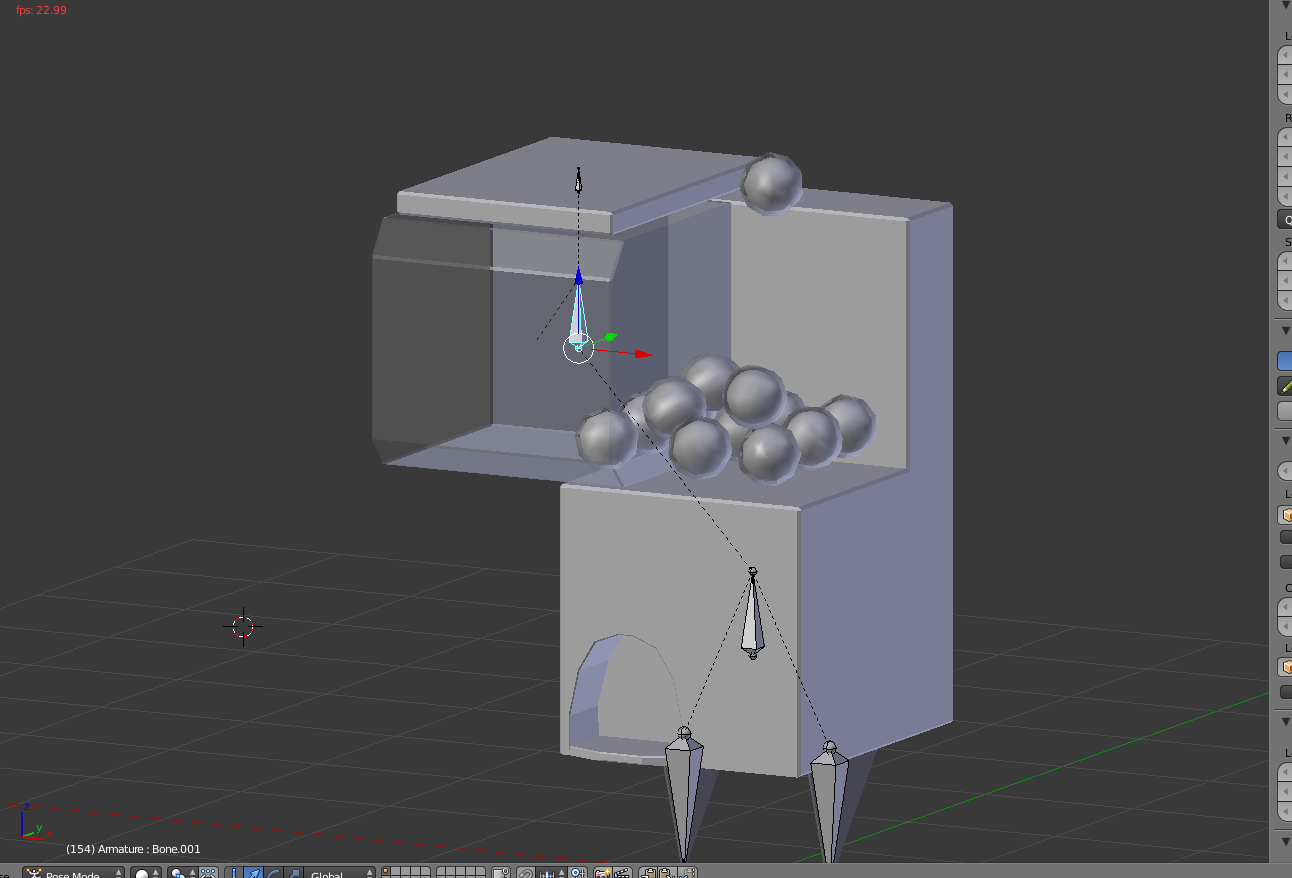 In your case you need to parent the 'container' to a specific bone - so that the bone is the Parent of the entire container (rather than using Armature Deform). The container should be a Passive rigid body since its location and rotation will be controlled by the bone, rather than simulated.

By default, the rigid body simulation does not take account of the animated locatation or rotation of the mesh - so the actual influence of the mesh is as if it is still in its original location - this is what you are seeing in your current simulation. However, if you enable the Animated property of the rigid body this tells the simulation engine to take account of any translation and rotation of the mesh before it is used to affect the simulation. This should now result in the contents being affected by the motion of the container, similar to the following :

Not the answer you're looking for? Browse other questions tagged modeling mesh rigging armature physics or ask your own question.

0
Armature Fingertips Not Following Bone
40
How to make rig that reacts to gravity or seem to behave physically correct?
1
Armature keeps spinning around root bone in pose mode when I try to move anything
0
Unable to select only mesh on Rigged Object
0
rig not working properly
0
Character's hands stretching when moved in Object mode