I've been looking around a little but could not find a definitive answer for this: Can I setup my nodes in a way that allows for randomly selecting one out of multiple image textures using an array?

I am modeling a race track and would like to randomly choose different ads for the hoardings.

You cant set a different texture for array's duplicates.

However, you can shift their UVs:

The result is quite usable.
All you have to do is a texture file containing your different textures aligned on one axis, adapt your UV to one area of the picture, and set your array's number of duplicates and U/V offset accordingly.

I thought about what others had done with the Pass Index and then threw it all out the window and tried with plain Random.

Cleaner version of Nodes further down.

I created it as Node Group so I could experiment. Here there are 5 different Image Texture nodes connected to Diffuse BSDF Shaders and each Shader is attached to a Mix Shader. 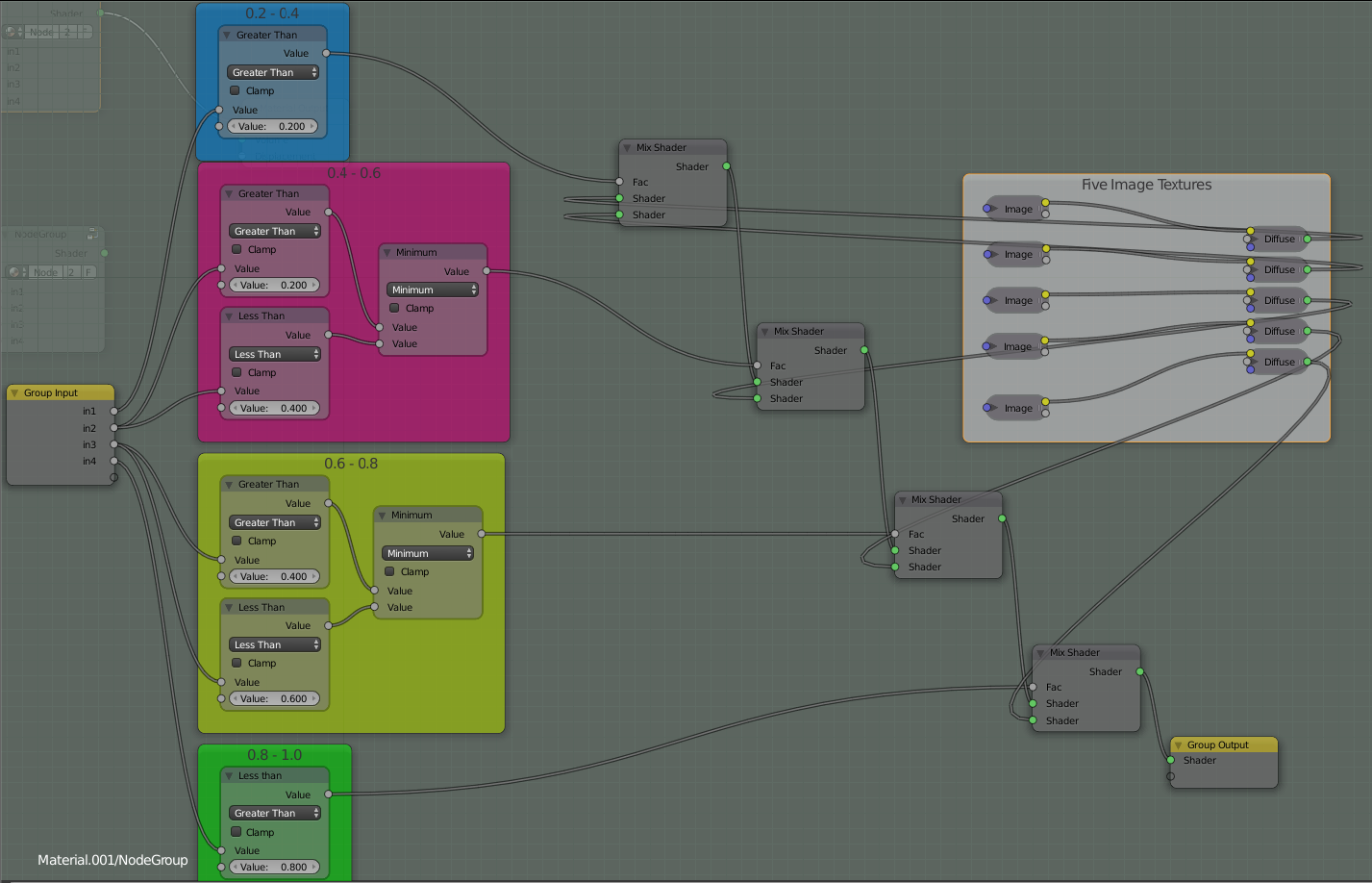 The Random value coming in has a value between 0.0 - 1.0. The framed logic picks out five ranges and uses them to determine the Image Texture shown (0.0 - 0.2 is explicit).

The Mix Shaders are controlled by Boolean logic. The Greater Than and Less Than Math Nodes output 1 for True and 0 for False. The Minimum Math Nodes act as And gate and only let 1 through when both inputs are 1.

It is a bit over the top and to extend it will require tweaking the values to match the number of images required.

And an even cleaner way or structuring those Nodes, reducing unnecessary Nodes. Uses Colours, but an Shader can be used. 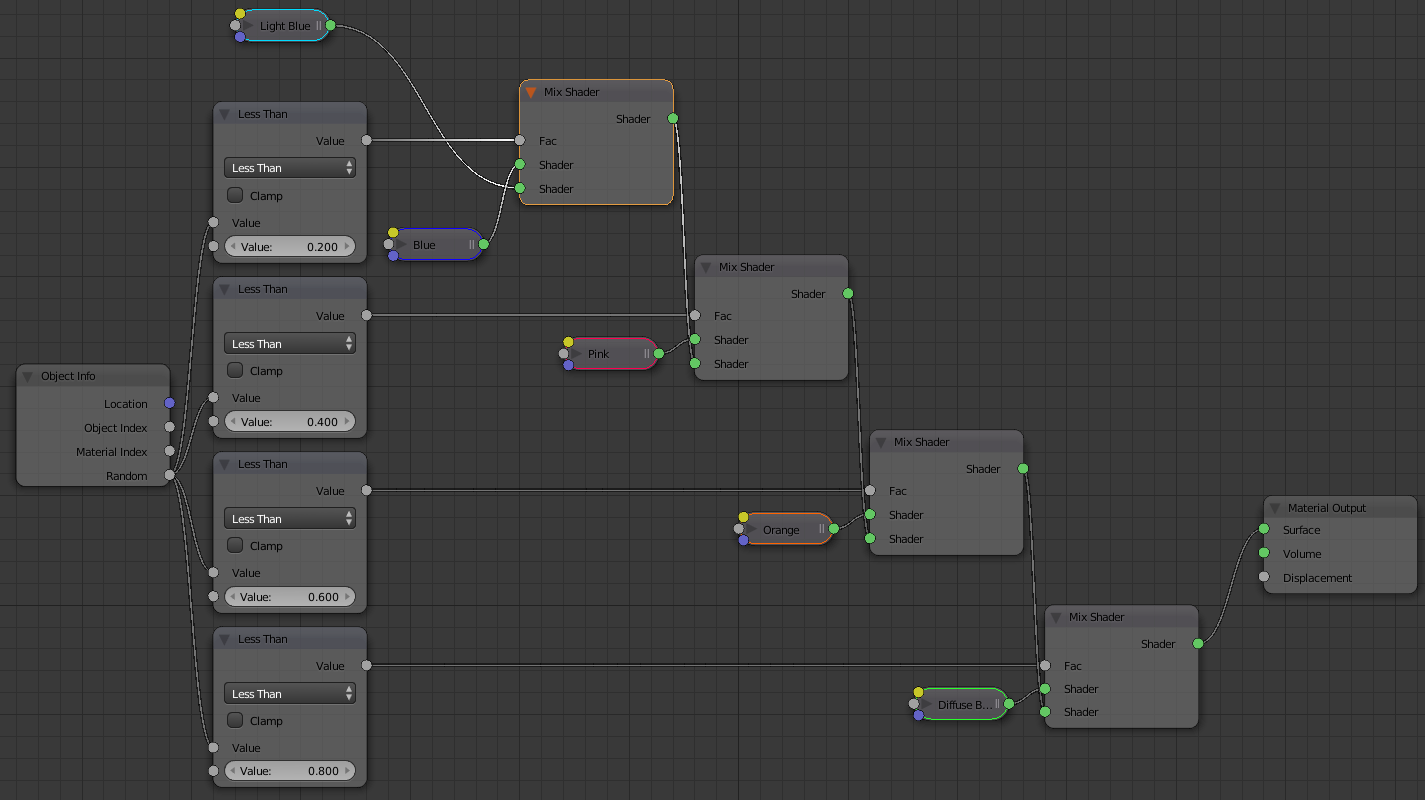 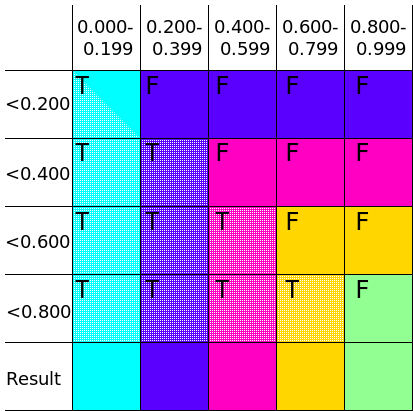 Small blog post I did on it. random blender textures through the magic of logic gates

Not the answer you're looking for? Browse other questions tagged modifiers nodes image or ask your own question.

4
Using a series of Text objects in an array
3
Images with Alpha look different when layered in compositor compared to Photoshop
0
Set image texture node label based upon characters in filename/filepath string
2
Combining two renders with different seeds
2
Image texture not showing, but diffuse does
20
Randomly populating procedural shape (or Image Texture) in Cycles
0
How can I upload my own image as a background image and texture to a 2D animation in Blender 2.8?